This post is part of our blog series that announces the publication of selected new books in African American History and African Diaspora Studies. Becoming Human: Matter and Meaning in an Antiblack World was recently published by NYU Press. 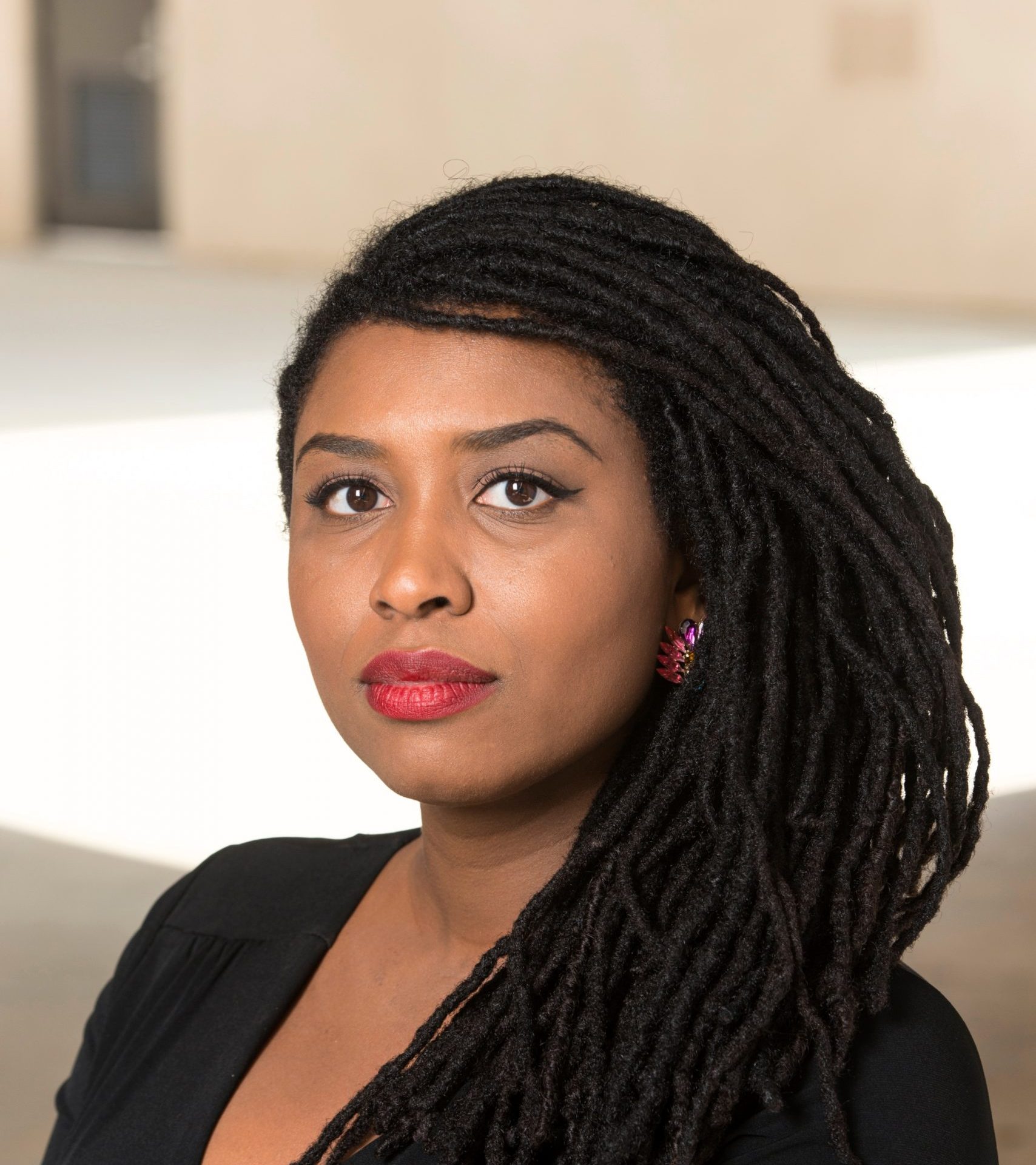 Author of Becoming Human: Matter and Meaning in an Antiblack World, Zakiyyah Iman Jackson is assistant professor of English at the University of Southern California. Working at the intersection of African diasporic literature and art, continental philosophy, contemporary critical theories, and feminist philosophies of science and biomedicine, her research explores historical and emergent linkages between the humanities and the sciences on the questions of being and knowing.  She has published work in Gay and Lesbian Quarterly (2011 and 2015), Feminist Studies (2014), Qui Parle: Critical Humanities and Social Sciences (2016), Catalyst: Feminism, Theory, and Technoscience (2016), and South Atlantic Quarterly (2018). 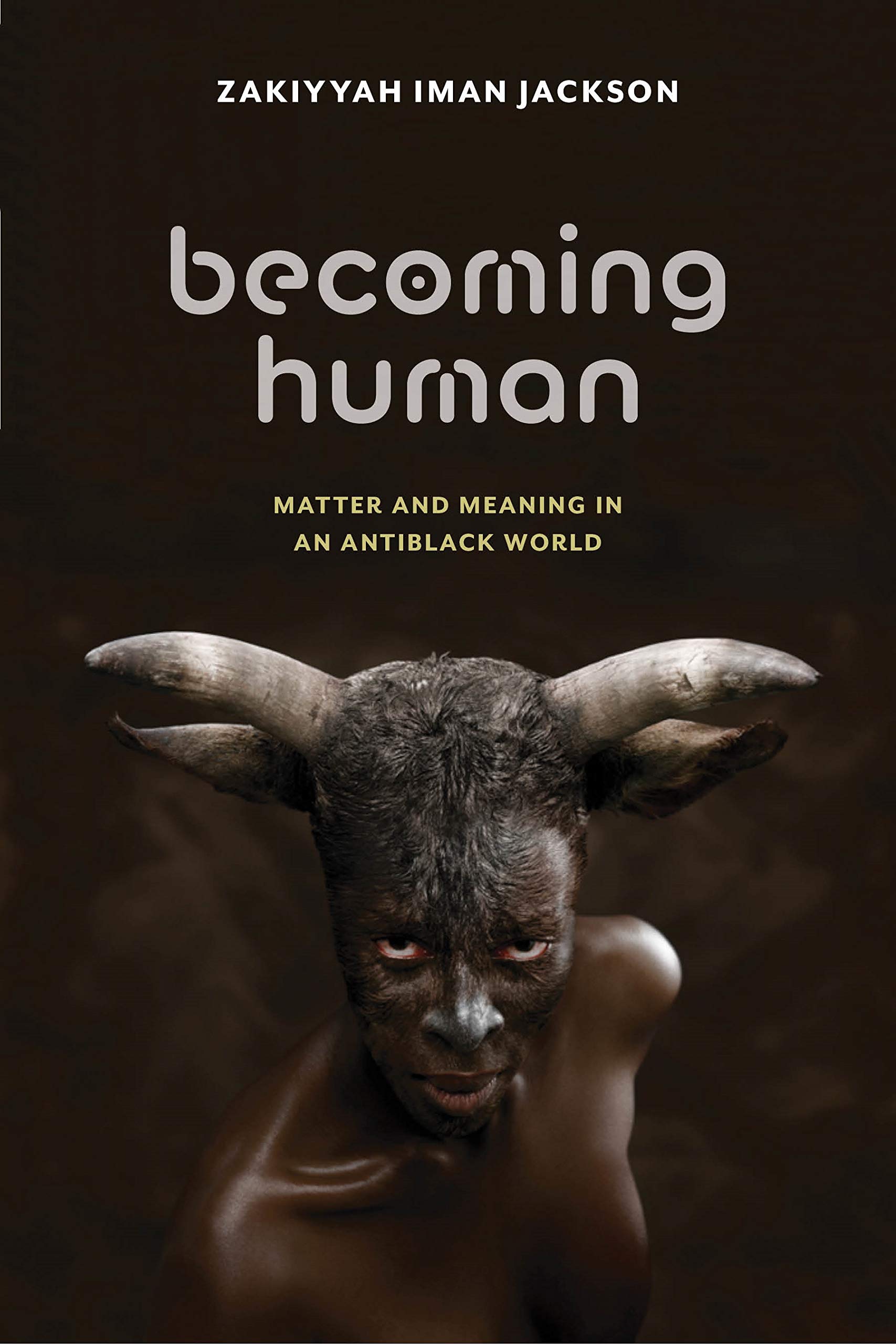 Rewriting the pernicious, enduring relationship between Blackness and animality in the history of Western science and philosophy, Becoming Human: Matter and Meaning in an Antiblack World breaks open the rancorous debate between Black critical theory and posthumanism. Through the cultural terrain of literature by Toni Morrison, Nalo Hopkinson, Audre Lorde, and Octavia Butler, the art of Wangechi Mutu and Ezrom Legae, and the oratory of Frederick Douglass, Zakiyyah Iman Jackson both critiques and displaces the racial logic that has dominated scientific thought since the Enlightenment. In so doing, Becoming Human demonstrates that the history of racialized gender and maternity, specifically antiBlackness, is indispensable to future thought on matter, materiality, animality, and posthumanism.

Jackson argues that African diasporic cultural production alters the meaning of being human and engages in imaginative practices of world-building against a history of the bestialization and thingification of Blackness—the process of imagining the Black person as an empty vessel, a non-being, an ontological zero—and the violent imposition of colonial myths of racial hierarchy. She creatively responds to the animalization of Blackness by generating alternative frameworks of thought and relationality that not only disrupt the racialization of the human/animal distinction found in Western science and philosophy but also challenge the epistemic and material terms under which the specter of animal life acquires its authority. What emerges is a radically unruly sense of a being, knowing, feeling existence: one that necessarily ruptures the foundations of “the human.

Brilliantly reframes the relation between blackened life and the category of the human, by shifting the terms of the debate. She maintains that neither dehumanization nor exclusion are sufficient to explain antiblackness and its descending scale of life. In so doing, Jackson’s ‘ontological plasticity’ reveals the controlled depletion that produces the liquidity of life and fleshly existence, and enables blackened life to be anything, which is also to say nothing at all. Jackson’s rigorous and sustained meditation is relentless in exploring the possibilities for a generative disordering of being, inhabiting other senses of the world, and imagining the field of relation in ceaseless flux and directionless becoming.– Saidiya Hartman, author of Wayward Lives, Beautiful Experiments

AAIHS Editors: What type of impact do you hope your work has on the existing literature on this subject?
Zakiyyah Iman Jackson: I hope the book will reset our questions and the way we ask questions in the field. I hope the book makes the case for the value of working slower and with more depth, even as working slower becomes less and less practical. I hope that it will push back the borders of how we imagine the subject of Black Studies. I hope that it models a style of reading and creativity and depth of thought that demonstrates that Black literature and art is a robust archive of philosophical thinking and not merely a space for the application of philosophy or any other pre-existing framework. I hope that it is a testament to the power of scholarly risk taking and trespass.
AAIHS Editors: Where do you think the field is headed and why?
Jackson: Black Studies is always on the move, always in a state of transmutation, and at present we are witnessing a re-emergence of critical theory within the field. We are seeing Black scholars doing critical theory on our own terms and a shared zeal for thought, overrunning the boundaries of politely circumscribed rings of possibility for Black thinkers. I see our graduate students engaged in some of the most innovative work in the field. So, it really feels like a collective project. When I think about Saidiya Hartman’s Wayward Lives, Frank Wilderson’s Afropessimism, Christina Sharpe’s In the Wake, for instance—I not only see novel ways of doing theory but also an invitation to reimagine how we do theory and the forms it takes—I see an invitation to invent new forms of scholarship. While these projects are heterogeneous in their ideas, they share a refusal of the received rules of the scholarly academic monograph. In my own way, I hoped to participate in this collective project by letting my thinking dictate the form rather than try to fit it into the paradigm of literary criticism or philosophy.
Share with a friend:
Copyright © AAIHS. May not be reprinted without permission.

Comments on “Becoming Human: A New Book on Blackness and Animality”