This post is part of our blog series that announces the publication of selected new books in African American History and African Diaspora Studies. Plantation Coffee in Jamaica, 1790-1848 was recently published by the University of the West Indies Press. 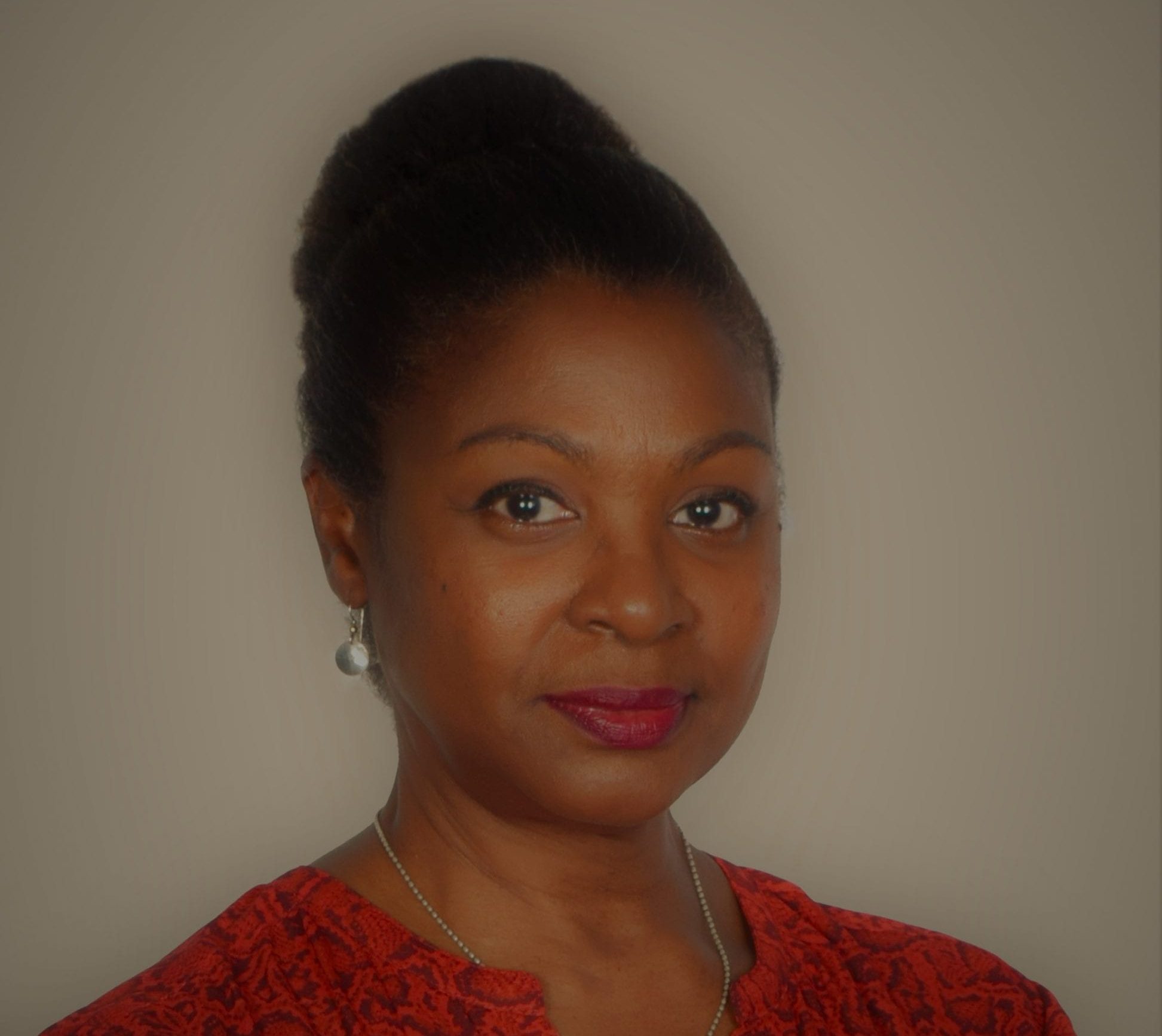 Author of Plantation Coffee in Jamaica, 1790-1848, Kathleen E.A. Monteith is Senior Lecturer in History at the University of the West Indies, Mona Campus. In addition to her several articles published in the Financial History Review, Slavery and Abolition, The Journal of Caribbean History and Plantation Societies in the Americas, Monteith’s book publications include, Depression to Decolonization: Barclays Bank (DCO) in the West Indies, 1926-1962 (2008); West Indian Business History: Enterprise and Entrepreneurship. Co-edited with B. W. Higman. (2010); Jamaica in Slavery and Freedom: History, Heritage and Culture, Co-edited with Glen Richards. (2002).In 2015, she was appointed Editor of the Journal of Caribbean History, which is published twice annually in June and December. 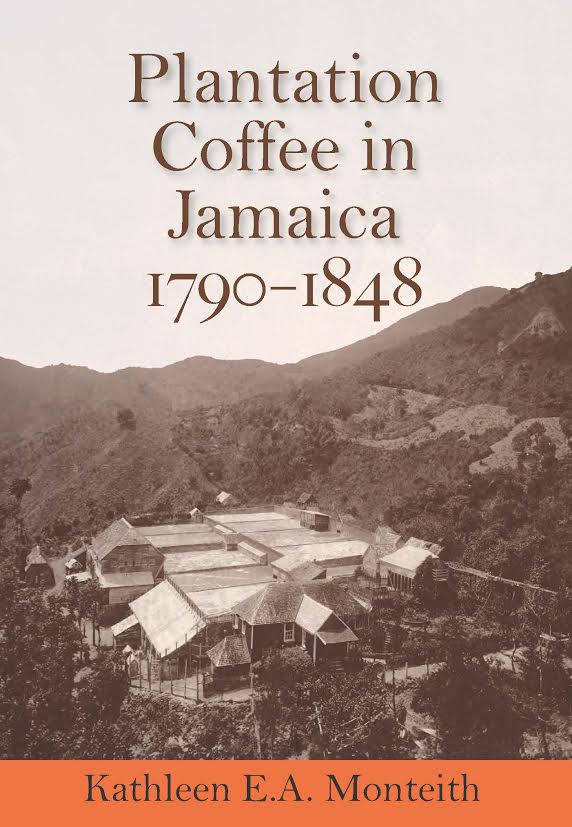 Plantation Coffee in Jamaica, 1790–1848,(a Finalist in the Historical (Non Fiction) category of the 2020 Next Generation Indie Book Awards. Presented by the Independent Book Publishing Professionals Group, USA, May 2020) is the first comprehensive history of the Jamaican coffee industry, covering a period of rapid expansion and decline. The primary objective is to examine the structure and performance of the industry and to demonstrate the extent to which it contributed to the diversity of the Jamaican economy and society in this period. All of this is examined within the context of a period characterized by significant structural shifts in the then emerging global economy.

As a work in economic history, the book is based on solid archival research and econometric analysis. Kathleen E.A. Monteith examines the changing levels of production, trade, productivity, and profitability of the industry and discusses the people involved in the industry, both free and enslaved. A demographic profile of the coffee planters and their familial relationships is established. The work experience of the enslaved men, women and children in the coffee industry, their organization, the nature of their work and their resistance to enslavement are also discussed. The clash of interests between the former enslaved people and coffee planters with respect to labour availability in the industry in the immediate post-slavery period are discussed also. Throughout the book, wherever possible, comparisons are made with other sectors of the Jamaican economy, especially with the sugar industry. Differences are explained in terms of environment, scale and the nature of production.

Plantation Coffee in Jamaica, 1790–1848 contributes fresh material and interrogates data in systematic ways not previously undertaken by scholars in this area. Strikingly original are the sections dealing with the backgrounds of the coffee planters, drawing on sources only recently available for research, notably the UCL’s Legacies of British Slave-Ownership database, family history and genealogical websites, and the sections dealing with profitability. This book compares well with other works in Caribbean history published at this level of scholarship. It has no immediate rivals in its specific field.

AAIHS Editors: What type of impact do you hope your work has on the existing literature on this subject?

Kathleen E.A. Monteith: The work contributes to our further understanding of the character of plantation Jamaica’s economy and society and enslavement as they evolved in the decades leading up to abolition, and the immediate period following full emancipation. With the expansion of coffee in the late eighteenth and early nineteenth centuries, approximately 700 plantation industrial complexes and residences were extended into the mountainous interior across the island  contributing to the further transformation of the land use patterns in Jamaica in this period.

Because these plantation complexes were much smaller economic units than those associated with sugar production, the expansion of the industry evidently facilitated a greater level of heterogeneity than that which was possible within the sugar industry given the differing levels of investment required for profitable production. The coffee planters were a distinct class among the “other whites,” separate from the elite whites which included the politically and socially dominant sugar planting community. This work further elucidates their demographic profile, establishing their diversity in terms of gender, national origin and race. At the same time, it was also evident in this period was that with the growth in importance of the industry, upward social mobility within Jamaican plantation society was facilitated, and the question addressed is just how socially and politically distinctive were some of the coffee planters from the dominant sugar planter and mercantile elite. Hence, the social and political status, their wealth, and lifestyle in terms of their domestic arrangements of the coffee planters are explored in this work. The coffee planters, unlike their counterparts in the sugar industry were primarily resident-owners. And the issue of good and poor management of agricultural enterprise is explored within the framework of the issues raised in the earlier debate in the historiography on this question.

The structural changes which were occurring in the global realm also had implications for the experiences of the enslaved class in colonial dependencies in this period. The implications for labour organization in view of an enslaved population that was predominantly young and aged by the second decade of the nineteenth century as a consequence of the abolition of the trade in enslaved Africans are also discussed. An examination of the labour management and work regimen of enslaved workers on coffee producing properties draws attention to the differences and similarities in the labour experiences of enslaved workers on properties of varying sizes, and with sugar producing properties. The power dynamics and tensions which were evident during slavery, continued to be played out in the immediate post slavery period, as depicted in employer/labour relations in the industry in the period 1838 to1848. Labour conflicts arose early in the post slavery period on many coffee plantations, similar to what was experienced in the sugar industry, mainly because planters implemented cost reducing measures which sharply conflicted with the welfare and economic interests of the newly emancipated labouring population. Some of these measures challenged the former enslaved people’s concept of freedom, and as a result, many withdrew not only their residences from plantations, but also their availability to those employers, taking steps to make themselves either fully independent or semi-independent of plantation work, by establishing their own small business enterprises. In effect, the formerly enslaved, by re-constituting themselves as peasant farmers, became the new small settler class in the post slavery period.

AAIHS Editors: Where do you think the field is headed and why?

Kathleen E.A. Monteith: Examinations of the plantation complex, and aspects thereof, during slavery and thereafter will be reoriented more overtly within a business model framework. This has already begun to take place, and increasingly done with respect to greater attention to analyses of productivity and technological innovation in the factory and field, and the implications for profit levels. Child enslavement is another area which has begun to garner more attention, and is likely to continue, with comparisons across different types of economic units, in both rural and urban settings. Certainly, much more work is left to be done with respect to the structure and performance of other types of economic units, agricultural as well as non agricultural, during slavery and in the post slavery period. There is also a need to further explore social relationships among the free and enslaved, family and village/town communities that developed amongst the residential class of inhabitants in this period, among white, and non-whites. The business activities of small Black entrepreneurs in the immediate decades following emancipation and their evolution during the second decade of the nineteenth century, and which paved the way for the emergence of a noticeable Black professional class by the 1860s, requires attention.