This is the fourth day of our roundtable on Cedric Robinson’s book, Black Marxism: The Making of the Black Radical Tradition. We began with introductory remarks by Paul Hébert on Monday, followed by remarks by Joshua Guild on Tuesday, and Jennifer L. Morgan on Wednesday. In this post, literary scholar Carole Boyce Davies offers a critique of Robinson’s Black Marxism through the lens of black left feminism. 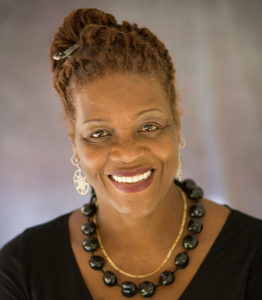 Carole Boyce Davies is a professor of English and Africana Studies at Cornell University. She has held distinguished professorships at a number of institutions, including the Herskovits Professor of African Studies and Professor of Comparative Literary Studies and African American Studies at Northwestern University. She is the author of Black Women, Writing and Identity: Migrations of the Subject (Routledge, 1994) and Left of Karl Marx: The Political Life of Black Communist Claudia Jones (Duke University Press, 2008). In addition to numerous scholarly articles, Boyce Davies has also published several critical anthologies including Ngambika: Studies of Women in African Literature (Africa World Press, 1986); and Out of the Kumbla: Caribbean Women and Literature (Africa World Press, 1990). She is co-editor with Ali Mazrui and Isidore Okpewho of The African Diaspora: African Origins and New World Identities (Indiana University Press, 1999) and Decolonizing the Academy: African Diaspora Studies (Africa World Press, 2003). Her most recent monograph is Caribbean Spaces: Escape Routes from Twilight Zones (Illinois, 2013) and a children’s book, Walking (EducaVision, 2016). Follow her on Twitter at @Ca_Rule.

My point of entry to this engagement with Cedric Robinson’s Black Marxism: The Making of the Black Radical Tradition is as a black left feminist–thanks to the formation defined by Mary Helen Washington and used by Erik McDuffie in Sojourning for Freedom. Indeed, black left feminism is one of the political positions that describes Claudia Jones in my book though it was not explicitly indicated by using those specific terms. 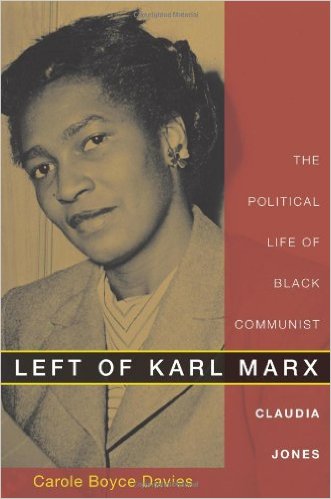 In an earlier essay, I briefly engaged Cedric Robinson’s Black Marxism, largely because it dedicated a substantial amount of space to describing the primary actors or exemplars in the Black radical tradition.  In his work, Robinson identifies three intellectuals as illustrative of the black radical intellectual tradition – W.E.B. Du Bois, C.L.R. James and Richard Wright. In this framing, one would hardly get a sense that any women were major contributors to the Black radical tradition. My students are still amazed when they read the work and activism of Ida B. Wells and that she remains erased in most accounts of black intellectual activism, even when her praxis clearly warrants inclusion. In his final chapter, “An Ending,” Robinson gestures to a new generation and includes Angela Davis but only in a listing of radical intellectual/activists (p. 450).

Still, I argue there that his is a recognizable position—limited perhaps by its time and the nature of intellectual work of that generation in which there was an absence of gender as a category of analysis from their intellectual frameworks. That would come later, but even a piece assigned to C.L.R. James, “The Revolutionary Answer to the Negro Problem in the US” (1948) has a section titled “The Case of Negro Women”; and there was already the publication of The Black Woman (1970) edited by Toni Cade as well as Claudia Jones’s “An End to the Neglect of the Problems of Negro Women” (1949/1974). Indeed, while in most formal left framings there was always a “woman question,” there was an avoidance or as Claudia Jones would say a “neglect” of black women as intellectual contributors.

While Robinson offers the critique that race and gender have been erased in Marxism, he repeats the same error. The black gendered subject is also erased from his consideration at the level of intellectual contribution. There is some diasporic breadth as he includes C.L.R. James along with W.E.B. Du Bois and Richard Wright as the most representative thinkers; he also has sections which examine older political movements in the African Diaspora such as The Haitian Revolution and Palmares in Brazil.  Thus the book fulfills the articulation of the radical tradition offered by Robin Kelley’s expansion, which described it as always having “some kind of diasporic sensibility, shaped by anti-racist and anti-imperialist politics.”

On the omission of gender, a much more supportive take is offered by H.L.T. Quan, in which the writer–a former student of Robinson–asserts appropriately that the “simplistic inclusion of women does not, of itself, render a text feminist” but instead one gets instances of women as self-activating subjects involved in various forms of liberation. She also points out that Robinson explores the contributions of women in his subsequent work, Black Movements of America. I find this reading useful but still limited. Black Marxism like many of the works of its time authored by male scholars, particularly Marxists, extended the reading to include class and race, but did not see or have the tools (or did not care) to articulate how gender was also implicated. So Quan’s reading is useful in the sense that she sees Robinson’s work as open-ended, providing the space in which a range of other intellectual projects could evolve. 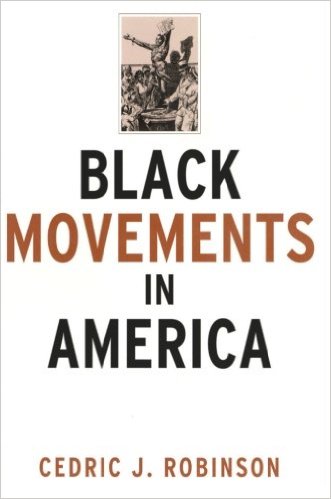 An interesting and more recent essay by Aaron Kamugisha, raises a similar set of issues about C.L.R. James’s omissions. In the James case, there is substantial interest in women writers, his admitted mother’s influence, discussions with his wife Selma James on issues that pertain to women’s labor, conversations with Constance Webb and his assertion that Sylvia Winter was the brightest brain in the Caribbean. But Kamugisha raises an interesting question in a section titled “What if C.L.R. James Had Met Claudia Jones in 1948?” Here he is not so much describing a possible physical meeting but an engagement with the meaning of gender, race and class which Jones was able to articulate quite seamlessly because her framework precisely included women, black people, and workers–paying attention to where these overlapped. So let us also ask: what if Cedric Robinson had read any work available on or by Claudia Jones? A perusal of the bibliography reveals no such knowledge, even though that material was available as indicated above.

One can offer, by way of explanation, a modified version of the Fanon charge that each generation advances its own analytical project and pursues different angles and new readings based on what it is offered by history and its own conjuncture. This is precisely what scholarship is supposed to do.  So it is for me less a suggestion that the omissions are weaknesses than a claim that they always reveal lacunae in a certain mode of thought until there is that creative leap to a new set of positions. That creative leap was advanced by the work of a subsequent generation of black feminists.

The reach of scholars like Ced­ric J. Robinson, whose career at Binghamton University (SUNY)–where I also had my first academic appointment and was shaped as a scholar–was legendary. As part of the World Systems Group, he deliberately situated the black diasporic experience within an “international history of capitalism.” And this remains a larger project even when the specific chosen primary actors are re-engaged. What a Claudia Jones offers in this case then, within the context of re-visioning, is a deliberate posing of where black women fit in this arrangement and moves us beyond the tendency to “not read” black women’s work.

Still, we are definitely in a period where there is the loss of a generation to which Cedric Robinson belongs, and which attempted to theorize black left or new left politics. Theirs was an optimistic politics, which assumed a forward movement and did not anticipate the regressiveness of Trumpism. Missing now are the timely analyses of C.L.R. James or Stuart Hall on the coalescing of what David Harvey calls the “state-finance nexus” on the one hand in the person of a Trump and the strategic alliance between transnational wealth and state in the person of a Rodham-Clinton. In a way, we are left then with no optional leverage between these two overlapping positions.

What would someone writing about the Black radical tradition today find still useful about Black Marxism given the numerous false starts, failures and categorical punishments meted out to those like the Black Panther Party willing to seek out more interesting systems? Perhaps we can say we reached the limits of what is possible with Black Marxism—we have seen its various analytical weaknesses as we have gained new modes of seeing. Perhaps we can also say that its subtitling The Making of the Black Radical Tradition is what remains salient and usable. Stuart Hall, for example, indicates that in their search for a third way they wanted to hold on to what Marxism offered but account for what it left out, trying to find a pathway between older anti-capitalist critique and new formations. According to Hall, “In my reading, this centred on the argument that any prospect for the renewal of the left had to begin with a new conception of socialism and a radically new analysis of the social relations, dynamics and culture of post-war capitalism.”

My sense is that we are on the threshold of a new “conjuncture” in which 42% of millennials in the U.S. say they would vote for a socialist government and the white working class seems bereft of any union or left organizing and have therefore been allowed to remain totally illiterate about their social conditions though with an innate sense of being left behind. Trumpism enters that space of misinformation, illiteracy, inadequacy and absence.

And what of Black left thought today? We are still clearly in the looking back mode—a “fifty years after” framings of major events—without theoretical guidance for the future. A Black Lives Matter movement exists but its actions remain sporadic and more responsive than proactive. Elaine Brown former chairwoman of the Black Panther Party is quoted in Spiked as critiquing their tendency to be more pacifist than assertive, still requesting rights instead of assuming them.

A number of questions remain to be engaged. For me, the primary one is this: what kind of theoretical/practical ideas can be generated–given the still tenuous lived reality of black peoples worldwide–that can admit the limitations of past movements (intellectual and/or political) but still move forward with new agendas that refine past agendas and re-define new projects?

Carole Boyce Davies is a Professor of English and Africana Studies at Cornell University. She is the author of several books, including 'Black Women, Writing and Identity: Migrations of the Subject' (Routledge, 1994); 'Left of Karl Marx: The Political Life of Black Communist Claudia Jones' (Duke University Press, 2008); and 'Caribbean Spaces: Escape Routes from Twilight Zones' (Illinois, 2013). Follow her on Twitter @Ca_Rule.