loading...
By J. T. Roane January 28, 2019 Comments Off on ‘Worldmaking After Empire’: A New Book about Self-Determination

This post is part of our blog series that announces the publication of selected new books in African American History and African Diaspora Studies. Worldmaking after Empire: The Rise and Fall of Self-Determination was recently published by Princeton University Press. 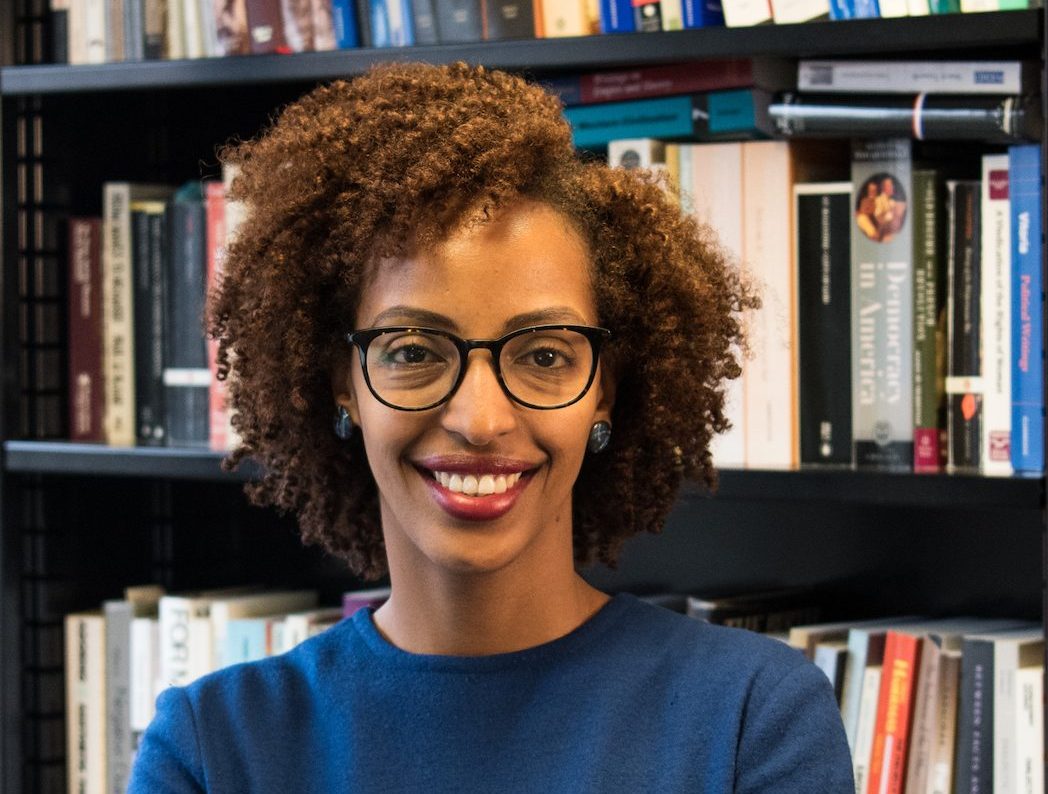 The author of Worldmaking after Empire is Adom Getachew, the Neubauer Family Assistant Professor of Political Science and the College at the University of Chicago. Her research and teaching interests include modern political thought with a focus on the nineteenth and twentieth centuries, the history of international law, theories of empire and race, Black political thought and post-colonial political theory. Her work reconstructs the animating questions, debates and institutional visions anti-colonial nationalists of the Black Atlantic pursued during the height of decolonization. Through the political thought of African, African-American and Caribbean figures such as Nnamdi Azikiwe, W.E.B Du Bois, George Padmore, Kwame Nkrumah, Eric Williams, Michael Manley and Julius Nyerere, Worldmaking illustrates that anti-colonial visions of self-determination were projects of worldmaking that sought to overcome racial hierarchy and institutionalize autonomy and equality within the international order. Follow her on Twitter @AdomGetachew. 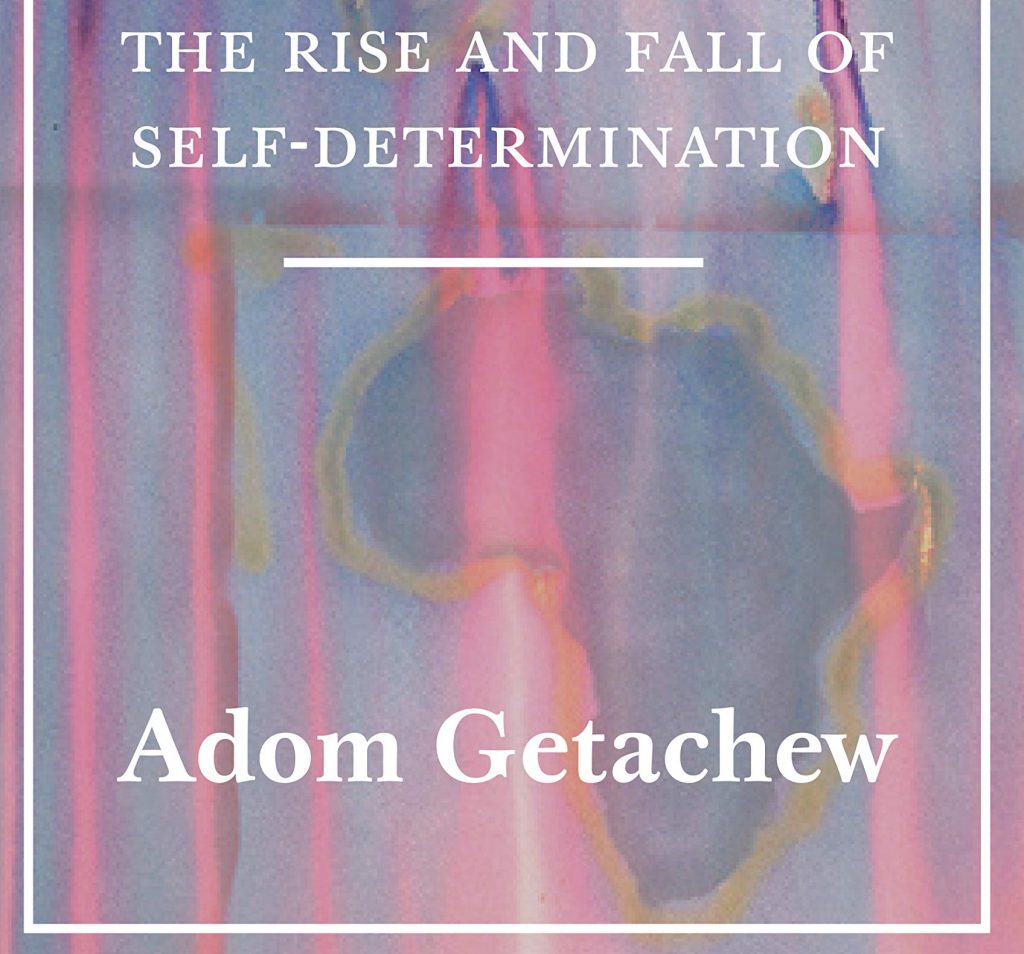 Decolonization revolutionized the international order during the twentieth century. Yet standard histories that present the end of colonialism as an inevitable transition from a world of empires to one of nations—a world in which self-determination was synonymous with nation-building—obscure just how radical this change was. Drawing on the political thought of anticolonial intellectuals and statesmen such as Nnamdi Azikiwe, W.E.B Du Bois, George Padmore, Kwame Nkrumah, Eric Williams, Michael Manley, and Julius Nyerere, this important new account of decolonization reveals the full extent of their unprecedented ambition to remake not only nations but the world.

Adom Getachew shows that African, African American, and Caribbean anticolonial nationalists were not solely or even primarily nation-builders. Responding to the experience of racialized sovereign inequality, dramatized by interwar Ethiopia and Liberia, Black Atlantic thinkers and politicians challenged international racial hierarchy and articulated alternative visions of worldmaking. Seeking to create an egalitarian postimperial world, they attempted to transcend legal, political, and economic hierarchies by securing a right to self-determination within the newly founded United Nations, constituting regional federations in Africa and the Caribbean, and creating the New International Economic Order.

Using archival sources from Barbados, Trinidad, Ghana, Switzerland, and the United Kingdom, Worldmaking after Empire recasts the history of decolonization, reconsiders the failure of anticolonial nationalism, and offers a new perspective on debates about today’s international order.

“What can ‘worldmaking’ be after empire? In this profound and elegant book, Adom Getachew challenges the conventional narrative of anticolonial self-determination, showing that, in its best hands, decolonization was also an effort to critique and reimagine the moral-political languages of international order in the hope of transforming postimperial possibilities. In its understated luminosity and unsettling restraint, this book sharpens our sense of what is at stake in rehistoricizing the postcolonial present.”—David Scott, Columbia University

Adom Getachew: Worldmaking after Empire, a study of the global vision of decolonization Black anticolonial nationalists articulated, aims to contribute to three different literatures. First, in the study of Black and anticolonial internationalisms, it seeks to trace the afterlives of internationalism in the age of the nation-state. Many studies of subaltern internationalism locate its highpoint in the interwar period. I try to show that while the nation-state came to be the normative model of international politics after World War II, anticolonial nationalists concerned with racial hierarchies continued to insist that ending empire required remaking the world. Second, my book expands a now two-decade long effort in political theory to reintegrate the study of empire into the history of political thought.Worldmaking expands this growing literature by introducing a historical and theoretical reconstruction of the role of racialized hierarchy in the constitution of an imperial international order. I also highlight the political thought of non-European thinkers—primarily African and Caribbean nationalists—who contested the terms of modern international society. Finally, in drawing out the internationalism of anti-colonial nationalism, this book exposes the blind spots and limits of contemporary cosmopolitan thought. I argue here that the anticolonial critique of international racial hierarchy and sovereign inequality can inform a postcolonial approach to cosmopolitanism that strives towards overcoming domination in the international sphere.

I am excited that my book is joining a renewed interest in both the history of decolonization and Black internationalism. On the first, recent books by Frederick Cooper, Gary Wilder, Priya Lal, and Jeffrey Ahlman are returning to anticolonial thought and early postcolonial politics to reconsider the assumed trajectories of decolonization. On the second, work by Keisha N. Blain, Adam Ewing, Frank Guridy is remapping Black internationalist politics by introducing previously ignored political actors (such as women in Blain’s case) and centering alternative geographies (as in Guridy’s and Ewing’s studies of Garveyism in the Caribbean and Africa). In many ways, these trends emerge out of an effort to tell new histories of our postcolonial present that shift our understanding of how we got here and reveal alternative paths not taken. Both these tasks I think are crucial given the political and ideological closures that characterize our moment. In the case of my book I hope that by engaging the worldmakers of decolonization, we might find critical resources to build our own worlds.