loading...
By Christopher F. Petrella April 20, 2017 Comments Off on Wealth, Slavery, and the History of American Taxation 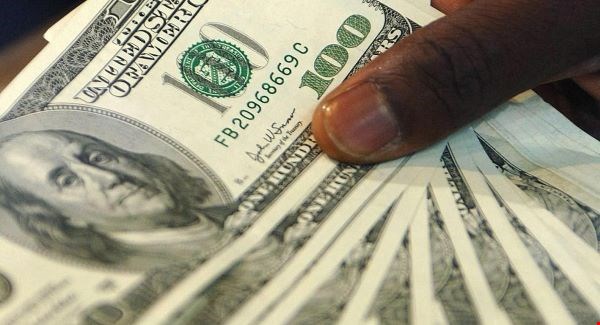 Only a few days after Tax Day, many Americans still have Uncle Sam on their minds. Though the vast majority of citizens and non-citizens pay some form of federal taxes—Income, Social Security, Medicare tax, or otherwise— few seem aware that the origins of the federal tax system reflect the labyrinthine relationship among race, wealth, and slavery during the Revolutionary War era.

Whereas many are likely familiar with the U.S. Constitution’s 3/5th clause that apportioned “representatives and direct Taxes” among the states according to “the whole Number of free Persons, including those bound to Service for a Term of Years…[and] three fifths of all other Persons,” few are aware of efforts undertaken a decade prior–at the outset of the Second Continental Congress–to launch a colorblind yet pro-slavery federal tax proposal. Such a narrative should compel us to ask questions about the racialized nature of entrenched intergenerational wealth today and our current tax system’s role in perpetuating such problematic realities.

By attempting to adopt a colorblind yet pro-slavery federal tax policy as the first federal tax program, those who were present at the Second Continental Congress sought to sidestep the apparent contradiction between the reality of Black enslavement and the lofty ideals of universal freedom enshrined in the Declaration of Independence. The 56 white male delegates attending the Second Continental Congress in Philadelphia in the spring of 1775—at least a third of whom enslaved African children, women, and men— understood that conversations about federal tax policies were really debates about the sectional geopolitics of U.S. slavery. And in fact, these early deliberations demonstrate that colorblind white supremacy should not be periodized exclusively as a distinctly modern technology of the U.S. racial state following de jure Black enslavement and Jim Crow segregation but rather constitutive of the types of politics that birthed the nation itself.

On July 30, 1776—twenty-six days after the Congress had proclaimed that “all men are created equal”— it received an ultimatum from one of its members during a debate about a tax clause for the Articles of Confederation and a proposal that Congress apportion national tax burdens to states according “to the Number of Inhabitants of every Age, Sex and Quality, except Indians not paying Taxes.”

Thomas Lynch of South Carolina warned, “If it is debated, whether their slaves are their Property there is an End of this Confederation.” Shortly thereafter, Samuel Chase of Maryland moved to insert the word “white” before “inhabitants” because “Negroes,” in his view, “should not be considered members of the state more than cattle…”

On the minds of many delegates gathered in Philadelphia was the maxim, “no taxation without representation,” a popular mid-18th century saying that summarized the grievances many early North American colonists had with the British Parliament. Both taxation and representation, however, required decisions about apportionments, the allocation of tax burdens, voting power, and, most decidedly, the status of the enslaved. In short, delegates were forced to consider the following question: is a slave a piece of property or a person? Neither option—for differing reasons—would be particularly advantageous to the slaveholding South. If slaves were property, then slave-owners would assuredly be taxed on their wealth. If slaves were persons, however, then the institution of slavery would likely be deemed illegitimate.

Since enslaved Black children, women, and men constituted 4 percent of the population in the North (New Hampshire to Pennsylvania) and 37 percent of the population in the South (Delaware to Georgia) in the 1770s, such a decision about the status of slaves for tax purposes would have a determinative impact on the wealth of slaveholders. Predictably, white northerners wanted to count the South’s total population (including slaves) presumably to break the back of the institution of slavery through taxes while white southerners wanted to count only the free white population.

Such a theme recurs throughout history. In 1788, for instance, Patrick Henry worried about a federal slave tax hefty enough to “compel the Southern States to liberate their negroes.” Ten years later, Virginian John Taylor expressed the same fear: that Congress could “effect a general emancipation, by imposing upon the property thus intended to be secured [the slaves intended to be freed], an excise or duty so exorbitant as to deprive it of its value.”

The Second Continental Congress realized it could not levy a direct tax on a population without directly confronting the institution of slavery, a confrontation which ostensibly would impugn the radical notion that “all men are created equal.” Instead, Congress opted for a colorblind tax policy—a non-direct tax on imports called the “impost”—that would allow the fledgling federal government to circumvent questions of slavery altogether and, support its proliferation, albeit tepidly.

The Second Continental Congress evaded the problem of apportionment—and therefore the sharp reality slavery— by designing in 1781 a “flat 5% ad valorem duty on all imported goods” to pay off war debts. In the words of historian Robin Einhorn, author of the magisterial American Taxation, American Slavery, “the impost required no apportionments, no decisions that would force Congress to talk about slavery.” Though Congress approved the “impost” unanimously in both 1781 and 1783, the Articles of Confederation made it impossible to enact without approval from every state legislature. Despite enthusiasm from Congress, neither the first nor second “impost” proposal became law because, in short, the state of Rhode Island refused to approve it on the grounds that it would lose revenue to Connecticut (with whom the state had its own preferential tariff already intact).

In many ways, debates from 1775-1783 helped to set the political stage for the ratification of the 3/5 clause in 1787. Both the arcane “impost” tax and the widely known 3/5 clause emerged as a Revolutionary-era alternative to taxation based on property apportionment.

Einhorn forcefully argues that these early discussions of tax policy have shaped the contours of the way Americans conceive of the relationship among wealth, race, and taxes today. Einhorn notes that “Americans are right to think that our anti-tax attitudes…have deep historical roots.” Our mistake, she writes,

is to dig for them in Boston instead of Virginia…because the origins of these attitudes have more to do with American slavery than the history of American freedom. They have more to do with protections for entrenched wealth than with promises of opportunity, and more to do with the demands of privileged elites than with the strivings of the common man. Instead of reflecting a heritage that valued liberty over all other concerns, they are part of the poisonous legacy we have inherited from the slaveholders who forged much of our political tradition.

Retracing the history of the first federal tax policy proposal—the impost tax—helps to demonstrate that the idea of taxation is rife with contestations over racialized power, wealth, and its (re)distribution. As we engage in contemporary debates over the various ways in which colorblind federal tax policy continues to disadvantage working class people—and more pointedly, working class people of color—through racialized wealth building instruments like preferential tax treatment of capital gains over earned income, as just one example, we should acknowledge that deliberations over taxes have always served as a proxy for questions of the consolidation of white racial interests. The impost tax, in fact, arguably serves as the prototype for an ostensibly colorblind tax code which, despite appearing race neutral, sidesteps real issues of racial wealth disparities and continues to disadvantage people and communities of color.

Christopher Petrella is a Lecturer in American Cultural Studies at Bates College. His work explores the intersections of race, state, and criminalization. He completed a Ph.D. in African Diaspora Studies from the University of California, Berkeley. Follow him on Twitter @CFPetrella.