loading...
By J. T. Roane April 9, 2019 Comments Off on We Live for the We: A New Book on the Political Power of Black Motherhood

This post is part of our blog series that announces the publication of selected new books in African American History and African Diaspora Studies. We Live for the We: The Political Power of Black Motherhood was recently published by Bold Type Books. 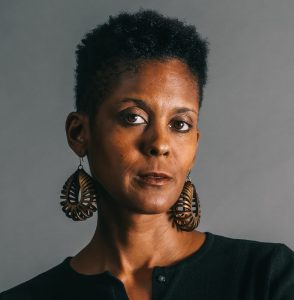 The author We Live for the We: The Political Power of Black Motherhood is Dani McClain who reports on race and reproductive health. She is a contributing writer at The Nation and a fellow with Type Media Center (formerly The Nation Institute). McClain’s writing has appeared in outlets including Slate, Talking Points Memo, Colorlines, EBONY.com, and The Rumpus. In 2018, she received a James Aronson Award for Social Justice Journalism. Her work has been recognized by the National Lesbian and Gay Journalists Association, the National Association of Black Journalists, and Planned Parenthood Federation of America. McClain was a staff reporter at the Milwaukee Journal Sentinel and has worked as a strategist with organizations including Color of Change and the Drug Policy Alliance. McClain has a B.A. in history from Columbia University and a master’s degree from Columbia’s journalism school. Follow her on twitter @drmcclain. 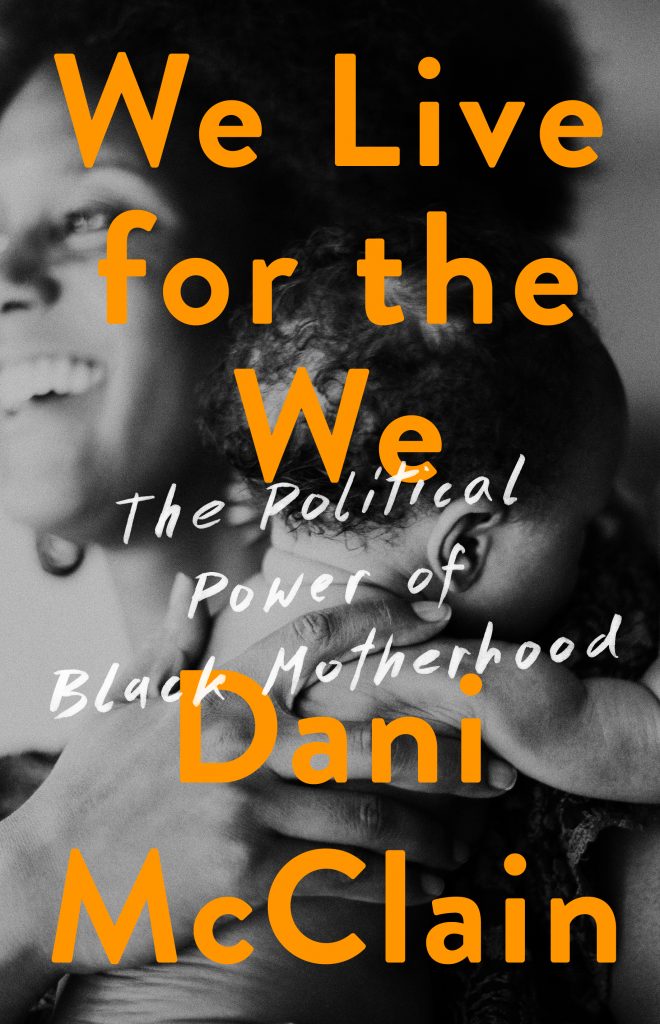 In We Live for the We, first-time mother Dani McClain sets out to understand how to raise her daughter in what she, as a Black woman, knows to be an unjust–even hostile–society. Black women are more likely to die during pregnancy or birth than any other race; Black mothers must stand before television cameras telling the world that their slain children were human beings. What, then, is the best way to keep fear at bay and raise a child so she lives with dignity and joy?
McClain spoke with mothers on the frontlines of movements for social, political, and cultural change who are grappling with the same questions. Following a child’s development from infancy to the teenage years, We Live for the We touches on everything from the importance of creativity to building a mutually supportive community to navigating one’s relationship with power and authority. It is an essential handbook to help us imagine the society we build for the next generation.

In this generous, well-researched book, Dani McClain bridges realism with idealism, and critique with our shared craving for the better world all of our children deserve. Generations of parents and community members will use this book to make decisions, to revive our hope, and to teach each other about the implications of difference in a stratified society. Most importantly, for me, this book engages and continues the brave multi-generational tradition of Black mothers sharing their own experiences and their revolutionary visions for the benefit of all people. Thank you, Dani McClain, for bringing your hardest questions, your rigorous observations, your priceless relationship with your daughter, and your open heart to this necessary work.- Alexis Pauline Gumbs, author of M Archive: After the End of the World

Dani McClain: In the summer of 2016, when I was pregnant with my first child, I began reporting a story about Black maternal health for The Nation. I talked to public health researchers and Black birth workers (obstetricians, midwives, doulas, and nurses) about why this country has such significant race-based maternal health disparities and what we can do about it. The reporting process allowed me to reflect on my own experiences and consider how they either fit with or diverged from broader trends in maternal care. That same summer, the Mothers of the Movement, whose Black children had been killed by police or vigilantes or had died while in police custody, took the stage at the Democratic National Convention. An editor who knew I’d been slowly gathering string for a book about black motherhood sent me a long email later that night, reminding me that these women’s loss was something quite foreign to mothers who are not Black, particularly white mothers. Meanwhile, many Black mothers live with the fear of losing their children because of white supremacist violence and this country’s general disregard for Black life. I became even more motivated to write about the distinct challenges and joys of Black mothering. I didn’t want to tell a story mired in fear, anxiety, and hopelessness. So I started asking Black mothers and grandmothers who are immersed in political and cultural organizing how they bring their values into family life and pass their optimism and commitment to bettering this world on to their children. I learned a great deal from asking other Black parents my most urgent questions about how to raise my daughter with dignity and joy. This book is the culmination of those conversations.