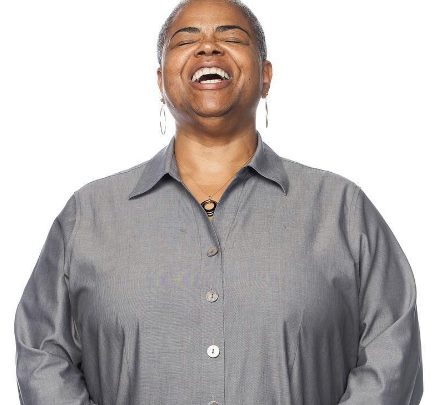 At the end of our lives, if we are lucky, most of us can only hope to be proud of being who we are. The historian Leslie Brown, who recently passed away, understood this concept more than most. Throughout her life, Brown came to embrace every part of herself—her identity shaped by the experiences and people from childhood to her intellectual journey in academia. History confirmed who she knew she was. “I was born a historian,” Brown wrote in her autobiographical essay, “practiced in the art of interrogation.”1

In her scholarship, she well knew and made it abundantly clear that the study of history could be an extremely personal undertaking. In other words, the historical is personal and there is a lot we can learn about ourselves through the lives of others because history is transformative in that way.

I first met Leslie Brown through her work, then in person in April 2009 after attending one of her lectures at the historic St. Joseph’s AME Church in Durham, North Carolina, an institution she vividly brought to life in her study of black Durham. In the few conversations I had with her, she inspired and encouraged my own research on the Bull City, which has the benefit of using oral histories from “The Behind the Veil Project” that Brown worked on while at Duke University. 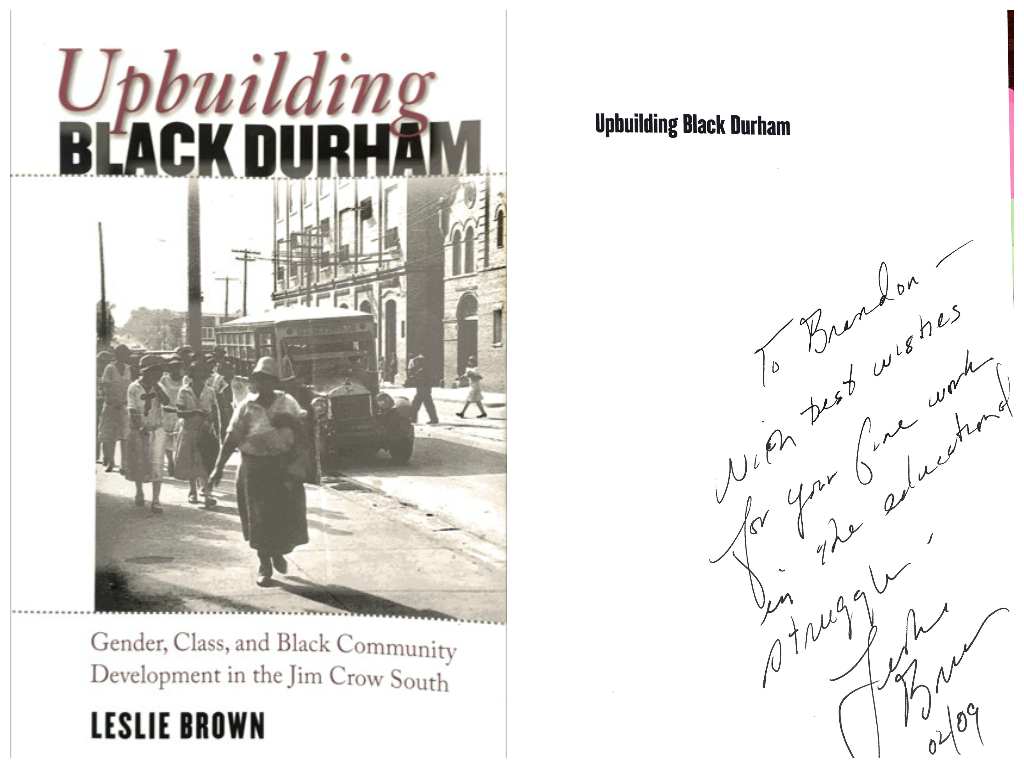 I once wrote in a book review of Upbuilding Black Durham: Gender, Class, and Black Community Development in the Jim Crow South that “Brown’s powerful writing and careful research come alive in the many voices she uses in tracing the development of Durham’s black community from emancipation to the early 1940s.”2 The book won the Frederick Jackson Turner Award from the Organization of American Historians in 2009. If I can write a first book half as good as Upbuilding (one of my historical “bibles”), I will have done my job as a historian. Here, Brown gave us a rich and lucid piece of historical scholarship because she appreciated and perfected the art of storytelling. As a brilliant storyteller, she made her work accessible to everyone.

Brown brought the people we’ve always known in our own lives—especially black women—to the forefront by giving them their just due. In Upbuilding, we not only learn intricate details about the life of Pauli Murray (the “black activist, feminist, lawyer, priest, and poet”), but her grandmother Cornelia Fitzgerald and teacher aunts Pauline and Sallie Fitzgerald.3 We are left with a long-lasting connection to her subjects because she made a point to tell us the names of those tobacco workers, domestics, teachers, nurses, and secretaries who became activists in their own right and served as the “core labor force” in black communities across the South. In this way, she challenged classic narratives that placed black men at the center and complicated our understanding of how black women confronted racism, perpetuated by Jim Crow, in vastly different ways than their male counterparts. Brown followed up her first book with Living with Jim Crow: African American Women and Memories of the Segregated South, and African American Voices: A Documentary Reader from Emancipation to the Present.

By all accounts, Brown held a deep commitment to undergraduate teaching, research, and mentoring. I was pleased to learn about the publication of African American Voices, which is one of the main reasons I now have my undergraduate students produce their own individual chapters to be included in a course documentary reader. One is struck by the level of involvement in this work by her students, which demonstrates her willingness to engage history from multiple perspectives.

Brown leaves an enduring legacy—indeed a historical footprint—through the permanence of her scholarship. The path she blazed, made possible by the black women historians before her, will continue to shape the historical profession for decades to come. We can all be proud of who Leslie Brown was and thankful that she made it one of her assignments to ensure there was a space for all.

Comments on ““To Be Proud of Being Who We Are”: Remembering Leslie Brown”