This post is part of our blog series that announces the publication of selected new books in African American History and African Diaspora Studies. The War on Kids: How American Juvenile Justice Lost Its Way was recently published by Oxford University Press. 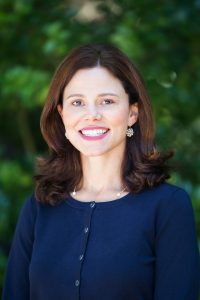 The author of The War on Kids is Cara H. Drinan. Professor Drinan is a nationally recognized expert on the Sixth Amendment right to counsel, juvenile sentencing, and criminal justice reform. She earned her B.A. in Economics at Bowdoin College, an M.A. in Politics, Philosophy and Economics at Oxford University, and her J.D. at Stanford Law School. She is a past recipient of both a Truman and a Marshall Scholarship. After a brief period in private practice, Drinan joined the law faculty at the Catholic University of America in 2006. Drinan teaches criminal law, criminal procedure, and seminars on criminal and constitutional law. Her research focuses on nationwide criminal justice reform, and her proposals entail all branches of government. She is especially interested in giving voice to those whose lives have been shaped by the mass incarceration phenomenon. Follow her on Twitter @CaraDrinan. 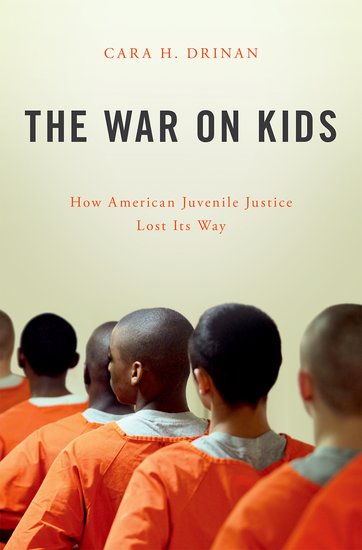 In 2003, when Terrence Graham was sixteen, he and three other teens attempted to rob a barbeque restaurant in Jacksonville, Florida. Though they left with no money, and no one was seriously injured, Terrence was sentenced to die in prison for his involvement in that crime.

As shocking as Terrence’s sentence sounds, it is merely a symptom of contemporary American juvenile justice practices. In the United States, adolescents are routinely transferred out of juvenile court and into adult criminal court without any judicial oversight. Once in adult court, children can be sentenced without regard for their youth. Juveniles are housed in adult correctional facilities, they may be held in solitary confinement, and they experience the highest rates of sexual and physical assault among inmates. Until 2005, children convicted in America’s courts were subject to the death penalty; today, they still may be sentenced to die in prison-no matter what efforts they make to rehabilitate themselves. America has waged a war on kids.

In The War on Kids, Cara Drinan reveals how the United States went from being a pioneer to an international pariah in its juvenile sentencing practices. Academics and journalists have long recognized the failings of juvenile justice practices in this country and have called for change. Despite the uncertain political climate, there is hope that recent Supreme Court decisions may finally make those calls a reality. The War on Kids seizes upon this moment of judicial and political recognition that children are different in the eyes of the law. Drinan chronicles the shortcomings of juvenile justice by drawing upon social science, legal decisions, and first-hand correspondence with Terrence and others like him-individuals whose adolescent errors have cost them their lives. At the same time, The War on Kids maps out concrete steps that states can take to correct the course of American juvenile justice.

Drinan outlines a compelling and urgent case for U.S. juvenile justice reform. Her well-researched and engaging book, which includes discussion of case law as well as interviews with incarcerated children and their families, is a necessary read for understanding a major threat to youth in America today.” – Booklist

Cara Drinan: In 2012, I met Terrence Graham at the Taylor Correctional Institute in Perry, Florida. Terrence’s case before the United States Supreme Court, Graham v. Florida (2010), had set in motion nationwide juvenile sentencing reform, and I wanted to meet the man at the heart of my research.

Hearing his story moved me to write The War on Kids. Like too many children in America, Terrence grew up in poverty, surrounded by violence and substance abuse. The state did nothing to lift Terrence out of that environment. And then it sentenced him to life without parole for a non-homicide offense he committed at 16, showing no regard for his youth or the mitigating circumstances of his childhood. He came of age in the terrifying space of an adult prison, witnessing sexual and physical assault and experiencing the dehumanization of life in a cell with no prospect for release.

Because of his victory before the United States Supreme Court, Terrence received a revised sentence of 25 years, and if he survives, he will be almost 40 when he is released. But there are thousands of individuals like Terrence across the country whose adolescent errors have cost them their lives and who deserve a second chance. My hope is that The War on Kids will humanize the experience of youth incarceration, expose it for the waste of human potential and public funds that it is, and prompt systemic reform.

Comments on “The War on Kids: A New Book on American Juvenile Justice”