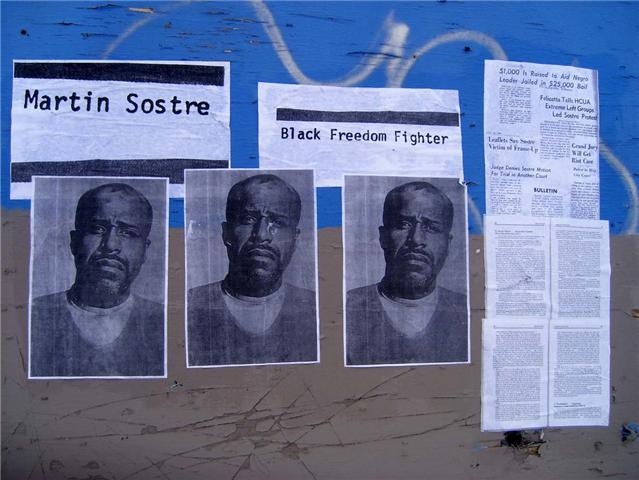 In the summer of 2015, President Barack Obama finally broke the silence on the use of solitary confinement, calling for a review by the Department of Justice of isolation and its effects. Earlier this year, he banned isolation in federal juvenile prisons. Solitary confinement has long been a form a psychological torture and prison discipline, honed throughout the 20th century at some of America’s most notorious prisons such as San Quentin and Attica. Solitary has its origins in the Pennsylvania system, a Quaker-derived practice of penitence and rehabilitation. At Eastern State Penitentiary, prisoners were held in solitary cells 16-feet-high, 12-feet-long, and 7.5-feet-wide with an individual exercise yard. New York’s Auburn system, which supplanted it in the early 19th century, modified this approach by introducing collective prison labor while maintaining solitary confinement at night. Today, as Angela Davis notes, “not even the most ardent defenders of the supermax – would try to argue today that absolute segregation, including sensory deprivation, is restorative and healing.”1 Yet Martin Sostre, one of the most important figures issuing early challenges to the use of solitary confinement, who was once mentioned in the same breath as Davis, Assata Shakur, Ruchell Magee, and other political prisoners in the early 1970s, has been largely lost to history.

Martin Gonzalez Sostre was born in Harlem to Puerto Rican and Haitian parents in 1923. There, he was influenced by Lewis Michaux’s African National Memorial Bookstore and the step-ladder orators on 125th Street. He dropped out of school in the tenth grade and was drafted in 1942. After serving a brief stint in Korea, he was arrested in 1952 for heroin possession. After three years at Clinton Prison in Dannemora, New York, Sostre met Teddy Anderson, a Muslim of the Ahmadiyya faith, and converted to Islam in 1956. By 1959, he had organized a vibrant political and religious community at Clinton and helped initiate one of the first lawsuits against the state for violations of religious rights: Pierce v. LaVallee. 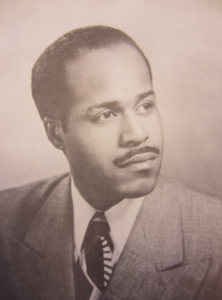 Although the Nation of Islam’s lawyer, Edward Jacko, and Sostre attempted to bring issues of prison discipline before the court, the “hands off” policy of the judicial branch with regard to the constitutional rights of prisoners had yet to be breached. Judge Stephen Brennan repeatedly told the defendants: “I am not interested in questions of solitary confinement.” When pushed further, he insisted that he would not “interfere with prison regulations.”2 By the end of Sostre’s first incarceration in 1964, he had spent 5 years in solitary confinement for his religious and political beliefs.3

Shortly after he was released in 1964, Sostre opened an Afro-Asian Bookstore in Buffalo, New York while working at Bethlehem Steel. The bookstore exposed neighborhood youth to the writings and speeches of Robert F. Williams, Malcolm X, and Chairman Mau. Like Eldridge Cleaver and many other Muslim prisoners, Sostre left the Nation of Islam after Malcolm X split with the NOI and was assassinated the following year. In 1967, following a summer of civil disorder and amidst the larger context of black uprisings in Watts, Newark, and Detroit, police raided Sostre’s bookstore and charged him with narcotics possession, arson, and assault. 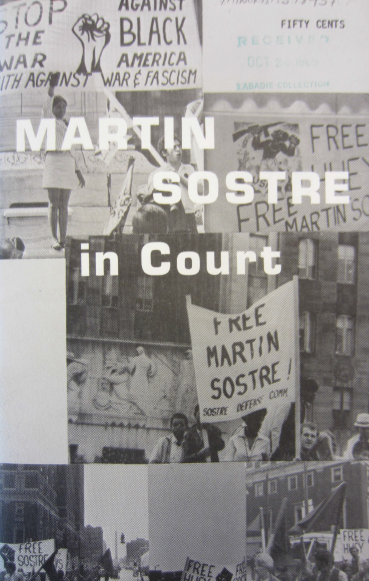 Having studied law during his first stint at Clinton and Attica, Sostre represented himself in court. He challenged the all-white jury selection by pressing potential jurors about their relationship to the black community in Buffalo:

Sostre: You stated that you didn’t live with Negroes. Would you object to living in an integrated neighborhood?

Juror:It depends on the type of Negro. Some aren’t nice.

Sostre:Well, isn’t that the situation in your all-white neighborhood? It has some people who are ‘nice’ and some not so‘nice.’

Juror: No, everyone in my neighborhood is nice.

Sostre:If you neighborhood were colored and so-called ‘nice,’ would you have any objection to living there?

Sostre:Do you believe in open housing?

Judge:Let’s not get into philosophical discussions.

Sostre eventually asked the jurors if they believed there was racism in America. When Sostre claimed that it was a “very important issue,” the judge responded: “It is insignificant to me.” The final dialogue between judge and defendant reveals the deeply-sanctioned racism of the U.S. courts as well as Sostre’s ability to use the courtroom as an arena for radical politics:

Sostre: At least make a little show, Your Honor! Everyone knows it’s a frame-up but you ought, at least, to make a little show of conducting a trial. [turning to a juror] In your determination of the issues of this case you said you would go along strictly with the law instead of using your own conscience. You would go strictly by law regardless of conscience?

Judge:That’s his duty and his obligation!

Sostre: That’s where we differ, Judge, because a person’s conscience and morality transcends the law.4

A year before Bobby Seale was infamously bound in the courtroom trial of the “Chicago Seven,” Sostre was handcuffed and gagged before being sentenced by an all-white jury to 31-41 years because of his prior convictions.

In 1969, Judge Constance Motley heard Sostre’s case regarding solitary confinement and ordered that he be returned to general population. She opined: “It is not a function of our prison system to make prisoners conform in their political thought and belief to ideas acceptable to their jailers.” Motley also awarded him with nearly $10,000 in damages and forbade prison officials from putting him in solitary confinement without a hearing.5

During the trial, a psychologist at the University of Wisconsin testified that in his studies, a week or less in solitary had “gravely psychologically damaged” those imprisoned and made them feel “less than human.”6 Sostre emphasized the ways in which his own isolation was a product of being unwilling to suffer this dehumanization. He refused to submit to rectal examinations, pointing out that for those in solitary without possessions,  it was a practice meant only to dehumanize. In a 1973 letter to Judge Kaufman, he explained that “I shall refuse each time and defend myself against any physical attack. They may succeed in beating me to death, but they shall never succeed in forcing me to relinquish what in the final analysis are the final citadels of my personality, human dignity and self respect.”7

In addition to his refusal to submit to rectal examinations and to shave his quarter-inch-length beard, Sostre organized a labor union in 1969 at Walkill Prison in order to “equalize to the fullest extent possible, the rights, privileges and protection of prison labor with those of free labor everywhere.” In 1970, he began editing a black revolutionary newspaper called Black News printed in Buffalo. As Sostre explained: “As our name implies, we are a Black, not a kneegrow newspaper. Not just a Black newspaper, but a Black revolutionary newspaper.” Sostre established a free lending library on Black History at Walkill and helped to institute a Black Studies program. In 1972, he led a strike in the license plate shop at Auburn Prison. Two years later, despite an affidavit from the state’s key witness in his 1968 trial, Arto Williams, who admitted that he had testified against Sostre in return for a lesser sentence on his own pending charges, the court refused to retry the case.8

Sostre continued to sharpen and expand his political analysis. In 1974, he wrote to his supporters that although nothing had changed and he remained “in the box in the same cell . . . I am many times better off politically and legally than I was before . . . Moreover, Watergate has made the people more knowledgeable and less naïve concerning the repressive mentality of those who stand for ‘law and order.’”9 He had long stood against the war in Vietnam, calling racism and militarism “two claws of the same hawk.”10 “Like the struggle in Vietenam,” he wrote, “the struggle against us is one they cannot win.” He even compared himself to “the brave and resolute people in Vietnam who are struggling against the common oppressor . . . . I consider myself a Black Viet Cong.”11

The writings of Shulamith Firestone and women of color feminists also convinced Sostre that women’s liberation was the new vanguardist movement. He wrote that in the “world’s liberation struggle against all forms of oppression, I view the struggle for the liberation of women as the most widespread and humanistic.” Even as a self-identified Marxist, he admitted that the “mere overthrow of capitalism and its replacement with socialism does not, of itself, liberate women from male chauvinistic oppression”; nor did it “even eradicate racism.”12

Sostre remained in prison until his sentence was commuted in 1975 by Governor Hugh Carey amidst political pressure from Amnesty International and dozens of Martin Sostre Defense Committees throughout the country. Of all Sostre’s contributions to the prisoners’ rights movement – establishing the constitutional rights of prisoners, fighting for access to legal materials, and establishing unions and advocating a minimum wage – his greatest contribution was to understand the relationship between state repression and prisoner radicalism. As he wrote following the Attica Uprising in 1971: “If Attica fell to us in a matter of hours despite it being your most secure maximum security prison-fortress equipped with your latest repressive technology, so shall fall all your fortresses, inside and out. Revolutionary spirit conquers all obstacles.”13

Comments on “Martin Sostre and the Fight against Solitary Confinement”