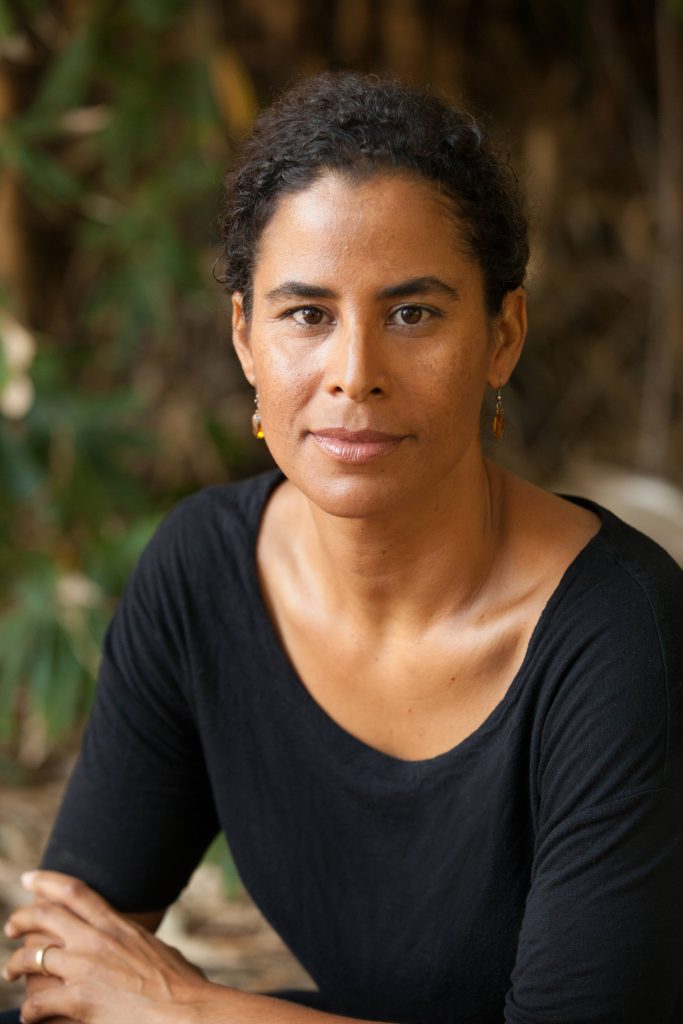 In today’s post, Erica Sterling, a PhD student in the Department of History at Harvard University, interviews Kelly Lytle Hernandez about her new book City of Inmates: Conquest, Rebellion, and the Rise of Human Caging in Los Angeles (University of North Carolina Press, 2017). Hernandez is Associate Professor of History and African American Studies and the Director of the Ralph J. Bunche Center for African American Studies at UCLA. She is one of the nation’s leading experts on race, immigration, and mass incarceration. Professor Hernandez is the author of the award-winning book, Migra! A History of the U.S. Border Patrol (University of California Press, 2010). She is the research lead for the Million Dollar Hoods project, which maps how much money is spent on incarceration per neighborhood in Los Angeles County. Follow her on Twitter @klytlehernandez. 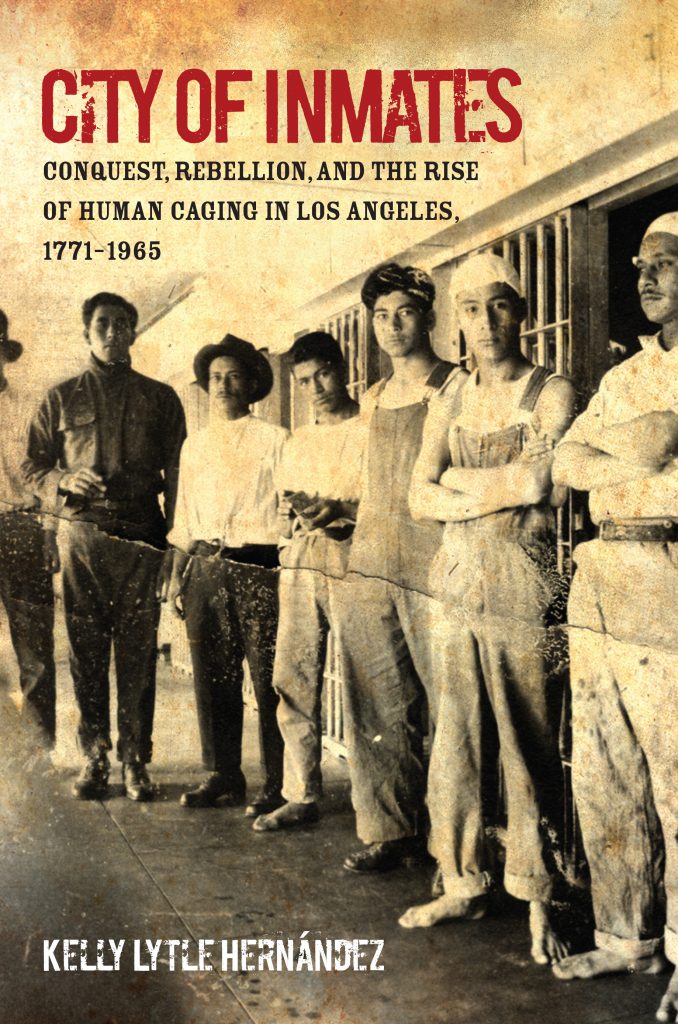 Erica Sterling: Please describe your intellectual trajectory. What compelled you to study issues of race, incarceration, and immigration?

Kelly Lytle Hernandez: My intellectual trajectory began on the border. I grew up on the U.S.-Mexico border during the 1980s. In these years, the War on Drugs was in full swing and the Border Patrol was on the streets. So, from a very young age, by growing up amid the daily struggles over immigration and drug control in the U.S.-Mexico borderlands I learned the central importance of race to who is policed and how. As a Black girl in the borderlands, I personally learned this lesson in countless ways. I had my fair share of locker sweeps at school and was registered as a “gang member” by the local police. At the beach one day, an officer accused my friend of dealing drugs and then put four bullets into his back and arms. And so on. But, in the borderlands, I also observed how the U.S. Border Patrol patrolled our neighborhoods and transit stations, questioning just about anyone who looked poor and Mexican. I was fascinated by these armed officers of the state who zeroed in on Mexicans, snatched them off buses, chased them across highways, and took my friend’s uncle in the middle of the night. I knew that what was happening to Mexicans was, somehow, connected to what was happening to us. By the time I was in college and studying Ethnic Studies with George Lipsitz at UC San Diego, California had passed Proposition 187, which attempted to make all public employees into Border Patrol officers. So, in graduate school, I studied the Border Patrol, researching the particular histories of race, immigration control, and border enforcement that drove U.S. Border Patrol officers to target Mexicans. That research was the basis of my first book, Migra! A History of the U.S. Border Patrol (University of California Press, 2010).  When I completed Migra!, I returned my focus to race, policing, and incarceration more broadly in the borderlands.

Sterling: What attracted you to the city of Los Angeles, the focal point of City of Inmates?

Hernandez: Living in Los Angeles, which operates the largest jail system in the United States, I knew the city had an important story to tell. In addition to the size of the carceral regime in Los Angeles, the scope of incarceration is also broad in the city, including federal and state prions, local jails, immigrant detention centers, and youth “camps.” Moreover, the communities most impacted by hyper-policing all have large populations in Los Angeles. L.A., for example, was home to the largest Black community in the American West, the largest Mexican community north of the U.S.-Mexico border, and the largest urban Indian community anywhere in the United States.  And, finally, I knew charting the rise of incarceration in Los Angeles would allow me to open a western window on the history of the carceral state, exploring how dynamics central to the making of the American West fueled the region’s carceral story.  All of this encouraged me to focus my research on Los Angeles.

Hernandez: In City of Inmates, I use settler colonial theory as an interpretive tool to examine the rise of incarceration in Los Angeles. In particular, I document how, overtime, the settler enterprise of replacing Indigenous communities with a racially homogeneous and sexually reproductive society fueled a wide range of carceral practices in the city. Through a settler optic, I explore how, in Los Angeles, i.e. the Tongva Basin, settlers persistently deployed incarceration as a means of purging, removing, caging, containing, erasing, disappearing, and otherwise eliminating Indigenous communities and racially targeted populations. In other words, I detail the rise of incarceration as a means of elimination.

I chose settler colonial theory because the settler variant of conquest and colonization runs particularly strong in the U.S. West. The racial fantasy of Anglo-American men leading nuclear families in an unending enterprise of settling, procreating, and dominating land, life, and society, drove the claiming and development of the region. To this end, white settlers waged war with indigenous communities, adopted anti-miscegenation laws, attempted to ban African Americans as well as Chinese and Mexican immigrants from making homes in the west, and more. And, as I document in City of Inmates, they invested in imprisonment, spurring a phenomenal carceral boom by broadly caging a diverse cast of Native landholders and racialized outsiders variously criminalized, policed, and caged as vagrants, drunks, hobos, rebels, illegal immigrants, and illegitimate residents trespassing in their white settler society. By the opening of the 20th century, the U.S. West was, per capita, the epicenter of incarceration in the United States. And, in Los Angeles, settlers hell-bent on building what historian Kevin Starr called the “Aryan City of the Sun,” soon built one of the largest systems of human caging the world has ever known. How they did it is the story I tell in City of Inmates.

Sterling: The book spans two centuries – from the Spanish conquest of the first native peoples of Tongva Basin, to the unchecked police brutality and mass incarceration of African Americans in the 1920s and 1930s that preceded the 1965 Watts Rebellion. What were some of the challenges or surprises in handling materials from such an expansive time period?

Hernandez: Reading across so many different historiographies was made easier by the fact that several of the specific episodes I chronicle in City of Inmates have been thoroughly researched by others. George Harwood Phillips and David Torres-Rouff have documented the criminalization and incarceration of Tongva and Gabrielino communities in the Los Angeles area between the Spanish colonial and the early decades of U.S. rule. Hiroshi Motomura and others have written about plenary power and the Chinese Exclusion cases. Historians across the United States and Mexico have written extensively about the magonistas. However, what City of Inmates does differently is it pulls these histories and historiographies into conversation with one another, places them within the context of the rise of the careral state, and uses settler colonial theory as its principal conceptual tool.

Sterling: Can you tell us more about the “rebel archive,” as you refer to it, and its importance to the narrative you are describing?

Hernandez: The LAPD and LASD have destroyed the vast majority of their historical records. Therefore, the records of the public authorities responsible for managing the jails of L.A. no longer exist. But, as I quickly learned, the people who fought the rise of jails and prisons and detention centers in Los Angeles stashed two centuries of evidence across the city, the nation, and the world. The records of their resistance constitute what I call a “rebel archive.” It is a rebel archive because it survived destruction. And it is a rebel archive because it documents the resistance and resilience of communities targeted for elimination.

Sterling: Can you describe your thoughts behind dedicating the last portion of your book to the voices of present-day activists fighting against mass elimination in Los Angeles?

Hernandez: At a moment of mass resistance against the carceral state, the LAPD continues to destroy records at a rapid clip. Therefore, I curated a Rebel Archive at the end of the book to document some of the most radical voices in the current movement to end mass incarceration in Los Angeles.

Erica Sterling is a doctoral student in the history department at Harvard University. Her research interests focus on the intersection of race, rights, and the privatization of education reform in twentieth century U.S. history. She is originally from California.

Comments on “The Rise of Incarceration in Los Angeles: An Interview with Kelly Lytle Hernandez”