This post is part of a blog series I am editing, which announces the release of selected new works in African American History and African Diaspora Studies. Making Black Los Angeles: Class, Gender, and Community, 1850 – 1917 was recently released by the University of North Carolina Press. 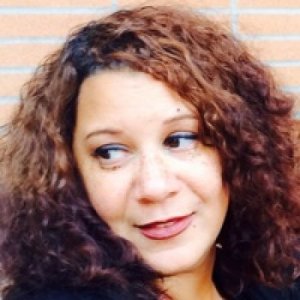 Her research and teaching interests focus on the middle 19th and early 20th century urban United States.  She has completed an extensive database of almost every African American family in Los Angeles (1850 – 1910). Professor Campbell has published in the Journal of Urban History, the Journal of African American History, and the American Studies Journal. Currently, she is working on a book about race, gender, and crime in early Los Angeles, and an article about race relations in early Palm Springs, California history. Professor Campbell earned the University of California President’s Postdoctoral Fellowship, and she has received research support from the Huntington Library and the Bellarmine College at LMU. Follow Professor Campbell on Twitter @MarneCampbell. 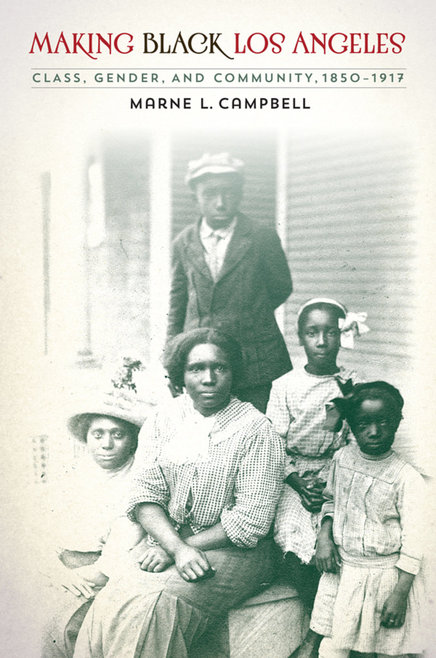 Black Los Angeles started small. The first census of the newly formed Los Angeles County in 1850 recorded only twelve Americans of African descent alongside a population of more than 3,500 Anglo Americans. Over the following seventy years, however, the African American founding families of Los Angeles forged a vibrant community within the increasingly segregated and stratified city. In this book, historian Marne L. Campbell examines the intersections of race, class, and gender to produce a social history of community formation and cultural expression in Los Angeles. Expanding on the traditional narrative of middle-class uplift, Campbell demonstrates that the black working class, largely through the efforts of women, fought to secure their own economic and social freedom by forging communal bonds with black elites and other communities of color. This women-led, black working-class agency and cross-racial community building, Campbell argues, was markedly more successful in Los Angeles than in any other region in the country.

Drawing from an extensive database of all African American households between 1850 and 1910, Campbell vividly tells the story of how middle-class African Americans were able to live, work, and establish a community of their own in the growing city of Los Angeles.

“In Making Black Los Angeles, Marne L. Campbell carefully documents the central role of African American urban community building in the early creation of the American West. Through close attention to the inner workings of gender, class, and even race, she complicates easy assumptions about black ‘community.’ Emerging from Campbell’s painstaking research is a dense portrait of the galvanizing influences of women, the working class, and religious culture in creating a people. Scholars of black urban history and labor must add this work to their lists of required readings.”
–Clarence Lang, author of Grassroots at the Gateway: Class Politics and Black Freedom Struggle in St. Louis, 1936-75

“Making Black Los Angeles is a vital contribution to the histories of Los Angeles. This book ties together the city’s formation through the morphs and shifts of American racial hierarchy from the Civil War to the entry of the United States in the First World War. Additionally, Campbell powerfully analyzes how women of color and black women attempted to make the City of Angels a more democratic space even at the nadir of American racial apartheid. She also effectively narrates how African American Angelinos creatively used religious faith, political activism, and entrepreneurial efforts to carve out space in their attempts to keep democracy and democratic institutions alive to the city’s African American citizens. Her book will challenge both historians and general readers alike to rethink both the complexity and complexion of Los Angeles’s formative history.”
–Randal Maurice Jelks, author of Benjamin Elijah Mays, Schoolmaster of the Movement: A Biography

Ibram X. Kendi: What type of impact do you hope your work has on the existing literature on this subject?

Marne L. Campbell: Initially, I wanted this book to address the historiographic gap that overlooked the early period of settlement and community formation in black Los Angeles. With new work emerging about the subject, I noticed that scholars were focused on middle and late twentieth century Los Angeles, as well as the more visible historical actors. As a consequence, they also focused more on the contributions of men, leaving women as secondary agents. So my work really intended to explore the people who lived closer to the margins of society (the working-class), and underscore the contributions of women who played a significant role in making black Los Angeles, and in laying the foundation for those migrants who came to Los Angeles after the First World War.

Once I completed my manuscript, however, I found that the work was much more than what I envisioned, which is the wonderful consequence of doing the kind of work I do. Making Black Los Angeles is also a pure social history that is instructive as it is detailed. It is one of those books that celebrates doing history from the bottom-up, but that also shows the significance of the ever important archival and primary research. It reminds us that there are several communities (and individuals) yet to be explored, and once they are unearthed, we can begin making linkages to other communities, individuals, and events, that broaden our understanding of African American history.