loading...
By Ibram X. Kendi September 11, 2017 Comments Off on The Jim Crow Paradox: A New Book on the Associated Negro Press

This post is part of my blog series that announces the publication of selected new books in African American History and African Diaspora Studies. The Rise and Fall of the Associated Negro Press: Claude Barnett’s Pan-African News and the Jim Crow Paradox was recently published by University of Illinois Press. 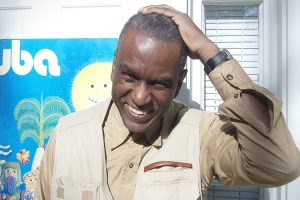 The author of The Rise and Fall of the Associated Negro Press is Gerald Horne. Professor Horne is the John J. and Rebecca Moores Professor of History and African American Studies at the University of Houston. His many books include Black Revolutionary: William Patterson and the Globalization of the African American Freedom Struggle. He is a recipient of the Ida B. Wells and Cheikh Anta Diop Award for Outstanding Scholarship and Leadership in Africana Studies. His research has addressed issues of racism in a variety of relations involving labor, politics, civil rights, international relations and war. He has also written extensively about the film industry. Dr. Horne received his PhD in history from Columbia University, his JD from the University of California, Berkeley, and his BA from Princeton University. 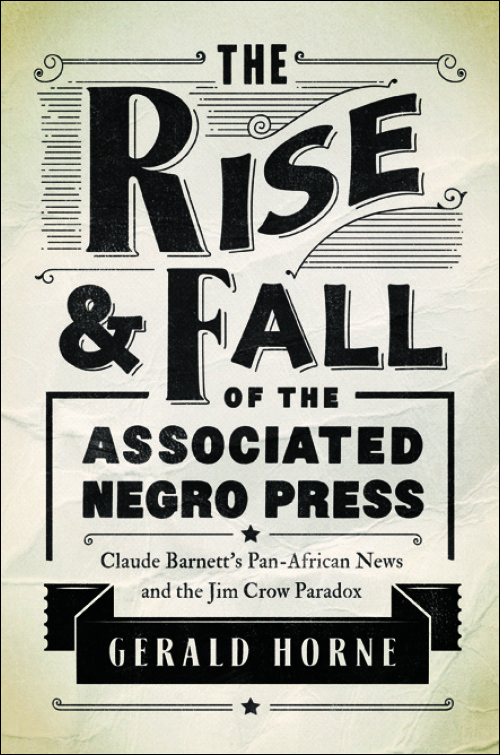 For nearly fifty years, the Chicago-based Associated Negro Press (ANP) fought racism at home and grew into an international news organization abroad. At its head stood founder Claude Barnett, one of the most influential African Americans of his day and a gifted, if unofficial, diplomat who forged links with figures as diverse as Jawaharlal Nehru, Zora Neale Hurston, and Richard Nixon.

Gerald Horne weaves Barnett’s fascinating life story through a groundbreaking history of the ANP, including its deep dedication to Pan-Africanism. An activist force in journalism, Barnett also helped send doctors and teachers to Africa, advised African governments, gave priority to foreign newsgathering, and saw the African American struggle in global terms. Yet Horne also confronts Barnett’s contradictions. A member of the African American elite, Barnett’s sympathies with black aspirations often clashed with his ethics and a powerful desire to join the upper echelons of business and government. In the end, Barnett’s activist success undid his work. Horne traces the dramatic story of the ANP’s collapse as the mainstream press, retreating from Jim Crow, finally covered black issues and hired African American journalists. Revelatory and entertaining, The Rise and Fall of the Associated Negro Press tells the story of a forgotten pioneer and the ambitious black institution he created.

The Rise and Fall of the Associated Negro Press is a brilliant model for writing black transnational history and for appreciating the contradictory results of desegregation for mid-twentieth century African American media, black freedom, and Pan-Africanism.”—Erik S. McDuffie, author of Sojourning for Freedom: Black Women, American Communism, and the Making of Black Left Feminism

Ibram X. Kendi: Please share with us the creation story of The Rise and Fall of the Associated Negro Press—the experiences, factors, and revelations that caused you to research this specific area and produce this unique book.

Gerald Horne: This project has many parents. I have been struck for some time by an opinion often expressed by youth in our community that is simplistically denoted as “Jim Crow Nostalgia”—a longing for an era when, supposedly, there were stronger independent institutions among Africans in North America, be they baseball teams or newspapers. I have also been interested in how this assumed reverie dissolved after 1954. In this book I seek to show that this nostalgia is not altogether misplaced; that is, the emphasis on “integration” (as opposed to “desegregation”) was part of the problem in that it tended to favor liquidation of our institutions as much as opening the doors of those institutions from which we were barred. It was then exacerbated by the simultaneous attack on the left—Paul Robeson and his comrades—which, among other things, reduced our influence in the international community, which had been one of our prime assets for generations. Therein rests the seeds of our current dilemma. Focusing on a businessman, Claude Barnett, was more than fortuitous since he exemplifies the debility of another frequently cited nostrum nowadays—that building black businesses is the way out of the current crisis. For at times and understandably given his class position and concomitant ideology, he allowed business dealings to interfere with community uplift—and he was not alone.

Then there is the treasure trove of documents that I stumbled upon at the Chicago History Museum: the Barnett/Associated Negro Press collection assuredly ranks with the better known NAACP Papers and Du Bois Papers as one of the richest archival collections in our field, touching upon all manner of matters (and it may be the richest of all). For example, if you look at the footnotes of two of my forthcoming books—Storming the Heavens:  African-Americans and the Early Struggle for the Right to Fly (Black Classics Press, 2017) and Facing the Rising Sun: African-Americans, Japan and the Rise of Afro-Asian Solidarity (NYU Press, 2018), you will find a plethora of footnotes citing this massive Chicago-based archive.

Then there is the fact that I am a newspaper junkie, my fingers perpetually ink-stained from consuming this product “old school,” which may be tied to my hawking the St. Louis Post-Dispatch and the (now fortunately defunct) St. Louis Globe-Democrat while barely out of kindergarten. Newspapers assuredly produce the “first draft of history” and examining how this was done by the Associated Negro Press as it assessed the Pan-African world was a pleasurable job indeed.