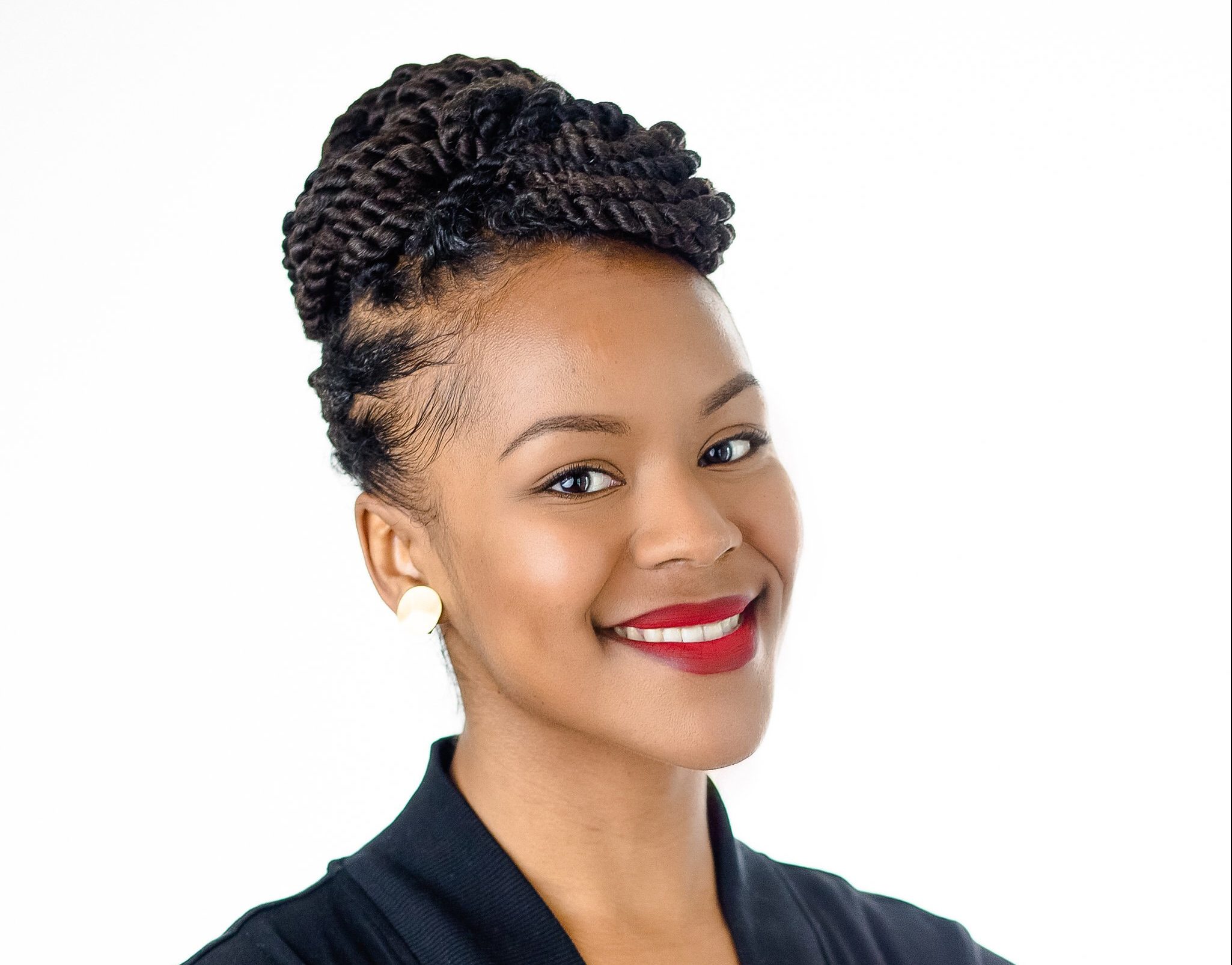 In today’s post, Ajamu Amiri Dillahunt, a senior majoring in political science at North Carolina Central University (NCCU) and intern for Black Perspectives, interviews Desmera Gatewood, a Durham, NC native, a mother, and international human rights activist.  In 2013, Desmera received a Bachelor of Arts in English with a concentration in Writing Composition from NCCU as well as a Masters of Science in Organization Development from American University. Currently, Desmera works for Coalition for Peace with Justice nonprofit organization. She is also  a board member of DurhamCares and Witness for Peace Southeast. Recently Desmera returned from Palestine, an experience which helped to shape her current efforts in advocating for justice for Palestinian people.

Desmera Gatewood: My family was involved in social justice since I was very young. I have a picture of me in a stroller as a baby with my mother pushing at a march for Somalia that my father organized in Durham. My parents always wanted me to know about my Blackness and what the fight for Black liberation was about. There was a bookstore called The Know Book Store in Durham, where veterans from the Black Power Movement, authors, singers, and poets would come and give lectures. While my father was the president of the Durham NAACP, he would take me with him as he and others disrupted school board meetings to protest the out of school suspensions of Black youth. I also remember them winning a case that proved that the Durham Police Department used excessive force and violated the rights of residents in Cheek Road apartments during a violent police raid.

I also remember my father getting reprimanded by the National NAACP when he spoke out against George Bush’s war in 2002. I was so confused. I didn’t understand why there was a disagreement between him and others about speaking out against the war. We knew that this war was wrong and we knew the history of poor people fighting overseas because of decisions made by rich people who stayed home. So, I not only noted the stance he took, but how he was received by the civil rights establishment when he did. This actually encouraged him to become even more vocal about the war. Luckily, the anti-war movement here in North Carolina was very strong and they embraced us. We started going to protests and meetings, where I began to pick up more knowledge about U.S. foreign policy and the connections between the mistreatment of Black and brown people domestically and abroad.

Dillahunt: How did your experience at North Carolina Central University influence your understanding of social justice and international struggles?

Gatewood: NCCU has a wealth of politically conscious and politically engaged professors. I was blessed to have gotten to know several and continue my relationships with them beyond graduation. I appreciated how in many of my professors’ classes, inevitably Blackness would become the center of the conversation. My professors encouraged our Blackness, understood it, challenged us to think about it. They built us up to believe in ourselves and dispel the inferiority complexes that they sensed the student body was grappling with. Many of my professors, specifically my advisor Dr. Mckissick-Melton, showed me love. It was important that they extended this love and understanding to me because I was pregnant and a mother while in undergrad. I was a Black, unmarried, young woman, with a baby at an HBCU. I needed a whole village of love, encouragement, wisdom, and patience. NCCU provided all of that. This connects to my understanding of social justice. To me, restoring communities where people can have the resources and love that they need is what this work is all about. I experienced that, and I benefited from it.

Dillahunt: When did you first become aware of the Palestinian struggle?

Gatewood: I remember seeing in the 2000s short news stories about the bombings in Gaza. I had heard and seen activists talk about it. I can’t pinpoint an exact moment prior to the last year that I can say I became fully aware. The way that the struggle is taught in schools and the lack of coverage in mainstream news makes it next to impossible to have an understanding of what’s happening without intentionally seeking more information. Honestly, I would say that I didn’t really know the extent of the Palestinian struggle until I went.

Dillahunt: You recently traveled to Palestine. What were some important things you learned about Palestine and their struggle for freedom?

Dillahunt: How important is North Carolina in Palestinian solidarity work?

Gatewood: Every state is extremely important in this fight. North Carolina, however passed House Bill 161 which allows the state to punish businesses that protest Israel’s practices. That’s absurd, undemocratic, and it sets a frightening precedent. It says that whenever our government determines someone is an ally, even if we as citizens don’t see it that way, they are more correct and more powerful than we are. It’s important that North Carolinians recognize that our own rights are being violated at home to maintain a status quo abroad. That’s a very dangerous, slippery slope. This example shows the cyclical and interconnected nature of oppression. It illustrates why everyone is tasked with engagement in the struggles of others in their fights against oppression.

Dillahunt: What are your future plans to increase Black and Palestinian solidarity?

Gatewood: I’m still working on this. One thing I’ve learned about social movements in general, no matter the issue, is that collectivism is key to a sustainable strategy. My hope is to build a strategy with multiple people. This will mean listening to and learning from others who have ideas and experience around this as well as educating newcomers. There is an international struggle for human rights that needs to continue. I think Black people in the United States have a unique position because we are the most familiar with the ways and workings of the United States. So, if the U.S. is upholding practices abroad that perpetuate human rights violations, we are in close enough proximity to U.S. power to influence that. So I think Black and Palestinian solidarity in a sense really looks like Black people consistently holding the U.S. accountable when they violate the human rights of anyone at home or abroad. There are a number of activists who champion and fight for causes but mysteriously become absent, or even contradictory, when those causes are relevant to Palestine. For me it’s a matter of staying consistent. If I’m going to stand in solidarity with people who are oppressed by policies from the United States, why would I stop when those people are Palestinian? For me, it’s harder to determine why we wouldn’t be in solidarity with them then why we would be. I say “for me” intentionally, because I recognize that this is my view, but I realize others’ approaches and reasons vary. So, my plan is to stay consistent on the fight for human rights and encourage others to do the same.

Comments on “The International Struggle for Social Justice: An Interview with Activist Desmera Gatewood”