Akwugo Emejulu and Francesca Sobande’s powerful anthology of writings by feminists of African descent, To Exist is to Resist: Black Feminism in Europe, issues a clarion call for European AfroFeminists to come out of the shadows and speak out. No longer overshadowed by their African American sisters, nor dismissed as a derivative of white feminism, Afrofeminism in Europe is bold, life-affirming and set on the liberation of our planet from plunder, exploitation and destruction.

While this vision is inspiring and distinctly Wakandan in feel (to cite that very seductive Afrocentric face of U.S. “soft power”), this powerful stage-taking also triggers nagging questions for those of us who entered Black politics in Europe at a time when political Blackness was in ascendance. Does Afrofeminism signal the end of political Blackness? Does it mean abandoning the vision of communities of color united under one banner to resist racism and empire? And isn’t this impulse to pull back from the messiness and complexity of organizing around political Blackness actually just another example of the insidious power of U.S. cultural imperialism? By adopting the meaning of Blackness created by the U.S. Black Power movement, rather than the multiracial Blackness of Southall Black Sisters or the Newham Monitoring Project, are we ceding to the metanarrative of race historically constructed by, and today packaged and sold by the U.S.?

I was born in Britain in the last ‘60s and grew up during a time of race riots and National Front rallies. It wasn’t uncommon to go to school on Monday to find that the other children had learned a new racist chant at a far right demo over the weekend. My brother and I were often on the receiving end of the racial hostility and violence that these junior fascists brought to school and into the streets. The racist names that they used indicated that they were not particular about cultural accuracy. They called me ‘Paki,’ a derogatory name for a South Asian person, and labelled both of us “Wogs,” a contemptuous term for a person with dark skin deriving from British colonial rule in India. My brother and I were both adopted. He has Pakistani and English parentage and I am Nigerian and English in origin. We were racially different, but we were united by the hatred and rejection we experienced by whites who were influenced by the slogan of the time: “Send Them Back”. (That slogan is back, courtesy of Brexit and the Conservative party’s mobilization of xenophobia to sway British voters). Growing up in a multracial adoptive family with white parents, I didn’t have a strong racial identity. I would often be told that I was “Brown” not Black, and certainly not like those other “Black people” who we saw rioting and fighting police barricades on television. Without a community of resistance to lean on, I was isolated and terrified by the racist violence and threats of deportation I saw around me. I learned to become silent and to hide. 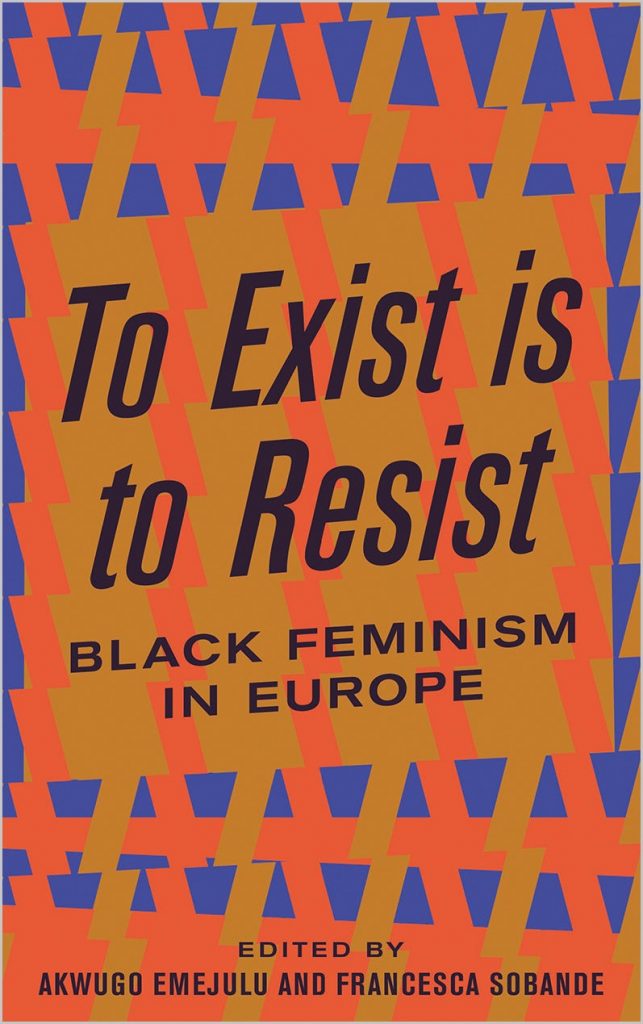 Then, in the mid 1980s, I went to Cambridge to attend university and found the Cambridge Black Women’s Group. Mentored by African activist scholar Maud Blair and others, I became active in the Black women’s movement in Britain. As organizers, we found political Blackness to be a powerful identity from which to fight back against the depoliticizing forces of state multiculturalism. The state used multiculturalism as a way to determine funding and resource allocation. Organizations were defined by ethnicity, and given small handouts to put on cultural programming and job training. These organizations were often male-dominated and their leaders seldom challenged the status quo, including the ways that sexism and homophobia shaped community organizing. As Black feminists we had very different dreams. Rather than “saris, samosas, steel pans”, we focused our organizing on resisting school exclusions and deportations, fighting back against racist assaults and police brutality, and calling out reproductive injustice and gendered violence. Asian, African and Caribbean descent women came together under the banner of Blackness to wrestle with and learn from our different histories and experiences, to learn how to nurture and be in solidarity with one another and to create shared visions of freedom.

Almost a decade later, I had the opportunity to interview Black feminist activists from across the UK as part of a study of the Black women’s movement. The result, Other Kinds of Dreams, sought to write Black (African, Caribbean and Asian) women’s organizing into the history of Black politics in the UK, and to examine the ways that Black women were dealing with difference, identity and coalition-politics. I argued that multiracial blackness had become a powerful and important oppositional identity, strategically invoked by Black women as a basis for collective mobilization.

By enabling women (and men) with diverse histories, cultures and experiences to emphasize their commonalities and build a united movement against interlocking systems of oppression, it created a basis for going beyond essentialist racialized identities. As activists, we were creating and defining ourselves, not allowing biological racial definitions or colonial ethnic/national boundaries to define us. This allowed us to go beyond familial and national identities, for Blackness as a political identity should not be confused with personal identities: “Political Blackness was never a description of how the majority of people viewed themselves; it was and continues to be oppositional.”

The history of political Blackness is fascinating and worthy of excavation. But is multiracial Blackness a thing of the past? In Political Blackness in Multiracial Britain published last year, Mohan Ambikaipaker makes a powerful case for the ongoing relevance of this concept to communities embattled by racist violence. Rather than an outdated term romanticized by those unwilling to let go of the past, Ambikaipaker argues that political Blackness offers the framework for a “mosaic of unities” that is so urgently needed today to fight against the continuing evils of racist street violence, police inertia and state complicity.

So where does that leave political Blackness in relation to To Exist is to Resist? This book is a beautiful gift to all of us who seek to stand in our power and honor our whole selves in our activist and scholarly work. Embracing Afro(black)feminism does not require that we jettison political Blackness. We are all more complex than one identity can possibly capture. The history of political Blackness helps us to see how collective and individual identities are constructed, shift over time and are sometimes abandoned as new, better formations are created. I will always embrace a political Black identity in honor of what unites me with all communities of resistance, even as I proudly rock my transnational Afro(black)feminist identity.

Julia Chinyere Oparah is professor of Ethnic Studies and provost and dean of the faculty at Mills College. She is author of numerous books including 'Other Kinds of Dreams,' 'Global Lockdown' and 'Birthing Justice.'