loading...
By Tiffany Florvil July 26, 2019 Comments Off on To Exist is to Resist: A New Book on Black Feminism in Europe

This post is part of our blog series that announces the publication of selected new books in African American History and African Diaspora Studies. To Exist is To Resist: Black Feminism in Europe was recently published by Pluto Press.

Akwugo Emejulu is Professor of Sociology at the University of Warwick. Her research interests include the political sociology of race, class and gender and women of colour’s grassroots activism in Europe and the United States. Her work has appeared in the Journal of Ethnic and Racial Studies, Politics & Gender, Race & Class and the European Journal of Women’s Studies. Her co-authored book, Minority Women and Austerity: Survival and Resistance in France and Britain, was published in 2017 by Policy Press. Her new book, Fugitive Feminism, is forthcoming with Silver Press. Follow her on Twitter @AkwugoEmejulu.

Francesca Sobande is a Lecturer in Digital Media Studies at Cardiff University. Her research focuses on how racism and sexism manifest in media and the marketplace. Francesca’s work has appeared in the European Journal of Cultural Studies, Consumption Markets and Culture, Marketing Theory and International Journal of Fashion Studies. Francesca is the author of The Digital Lives of Black Women in Britain, which is forthcoming with Palgrave Macmillan. Follow her on Twitter @Chess_Ess . 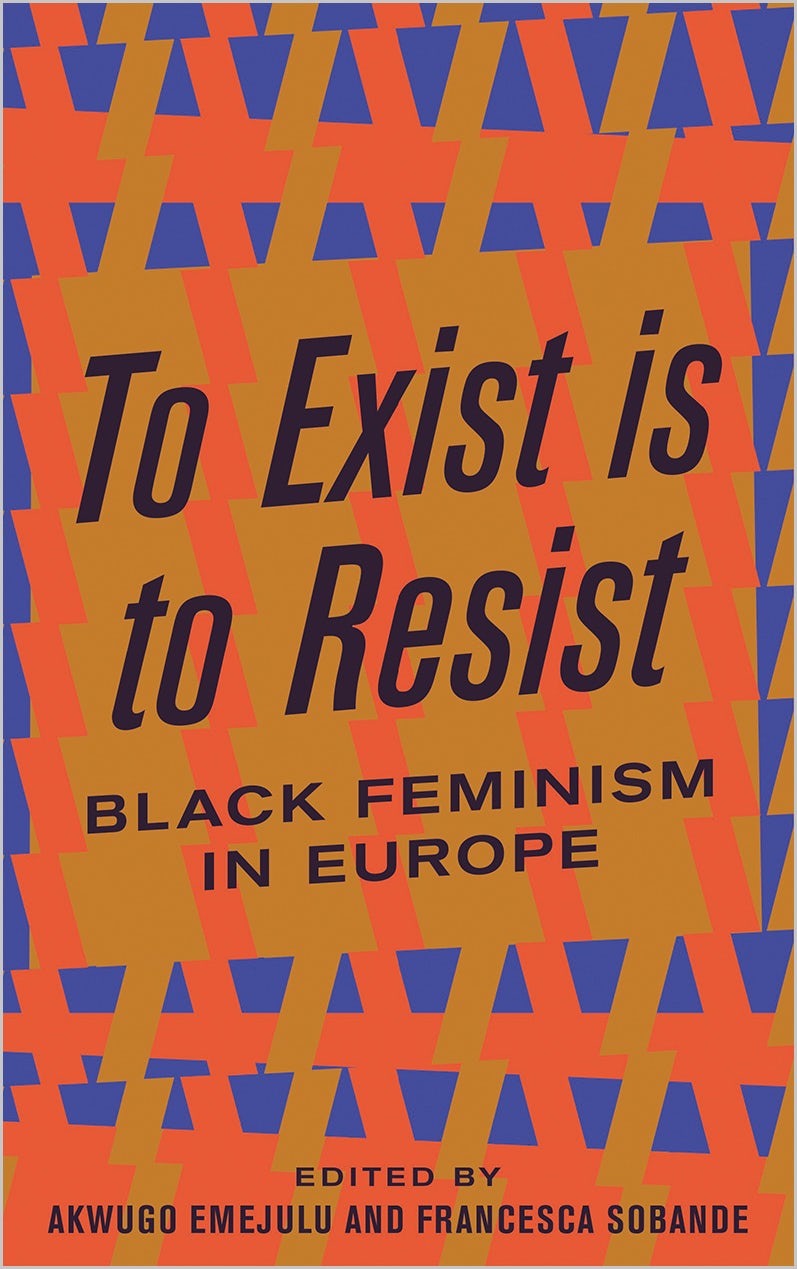 This book brings together activists, artists, and scholars of color to show how Black feminism and Afrofeminism are being practiced in Europe today, exploring their differing social positions in various countries, and exploring the ways in which they organize and mobilize to imagine a Black feminist Europe.
Deeply aware that they are constructed as “others” living in a racialized and hierarchical continent, the contributors explore gender, class, sexuality, and legal status to show that they are both invisible—presumed to be absent from and irrelevant to European societies—and hyper-visible, assumed to be passive and sexualized, angry and irrational.
In imagining a future outside the neocolonial frames and practices of contemporary Europe, this book explores a variety of critical spaces including motherhood and the home, friendships and intimate relationships, activism and community, and literature, dance, and film.

‘To read this book is to fully engage in an understanding of Black Feminism and Afrofeminism praxis. It is to discover the plurality of experiences, so that a political sisterhood and a global liberation can be born’ – Laura Nsafou, blogger at Mrs. Roots and author of ‘Like A Million Black Butterflies’

Tiffany Florvil: Please share with us the creation story of your book, especially those experiences, those factors, those revelations that caused you to research this specific area and produce this unique book. Moreover, what compelled you both to bring together the diverse contributors in the book? Finally, what are you expectations for the volume?

Akwugo Emejulu and Francesca Sobande: To Exist is To Resist seeks to correct the record about how we think about race, class, gender, anti-Blackness and legal status in Europe by re-narrating the stories of Black women here. This work stems from creative and collective efforts to understand, practice and archive Black feminism. It is born out of deep frustration with many European feminist social scientists and activists who speak the language of solidarity but deny and delegitimize the specific interests and politics of Black women in Europe.

European Black feminist politics are nothing new. Indeed they refract the story of the Enlightenment, colonialism and modernity. Feminism has always been an uncomfortable coalition between Black and white women. In fact, Black women have always been leaders of women’s liberation and have had to struggle against and defeat white women so that everyone—and not just white men and women—can be free. Accordingly, this book explores the (im)possibility of solidarity-forming across differences.

Our counter-storytelling took shape through a series of conferences—Black Feminism, Womanism and Politics of Women of Colour in Europe—in Edinburgh in 2016, in Amsterdam in 2017 and Berlin in 2018. By bringing together hundreds of scholars and activists from across Europe, we and our co-organizers helped to create a transnational learning community for Black feminist solidarity and action. For this book, we wanted to capture, document and share this exciting moment of Black feminist theorizing and activism for social change in Europe.

The volume reflects elements of Black feminist politics that span the European continent. It was important for us to bring into conversation activists, artists, practitioners and scholars to showcase the breadth of creative and subversive activism occurring across Europe and the different sites of knowledge production, such as art, film, the home, the streets, the body, dance, love, friendship, and the digital—beyond typical academic spaces—in which Black feminists theorize our liberation. Remember, Black feminism is a praxis: part of our job as editors is to bring disrespected and disparaged views and experiences to the center of public discourse to destabilize the taken for granted notions of Europe and Europeanness.

We hope that readers will look back to understand the long, storied history of Black feminist resistance across Europe and its empires. In turn, we hope that they also look forward to collectively imagine and make real a different kind of Europe and Black feminist future.