This month I had the opportunity to interview Speech from the music group, Arrested Development. This is the first part of a two-part interview in which Speech shares his views on a range of topics including music, black internationalism, politics, and religion.

Born Todd Thomas in Milwaukee, Wisconsin, Speech started Arrested Development in 1987. Based in Georgia, the group became a pioneering force in the music world. Arrested Development received two Grammy Awards for the album, “3 years, 5 months and 2 days in the life of…” Their second album “Zingalamaduni” was met with critical acclaim and nominated for a Grammy. However,  the group split five years after they had formed. After a much needed break and time to regroup, Speech reemerged onto the scene and signed a solo record deal with EMI. He has released 5 solo albums since 1996–all of which have spawned Top 10 hit singles in Japan. His album “Spiritual People” released in 2000 was certified Gold in Japan and awarded the Best Black Music Album of the year 2000 by ADLIB magazine. In 2000, Speech and Arrested Development began performing together again, delighting audiences all over the world with their positive and up lifting brand of hip hop. Their new albums “Changing the Narrative” and “This Was Never Home” are available on their website.  Follow the band on Twitter @ADtheBand.”

Guy Emerson Mount: Thank you so much for agreeing to do this interview! I was a huge fan growing up and I’m sure I speak for many readers at Black Perspectives in saying that your work has been a significant touchstone in my intellectual development.

Speech: Thanks, that’s great to hear.

Mount: One of the meta-projects of Black Perspectives is to expand the definition of who counts as ‘an intellectual.’  Your artistry is clearly committed to the life of the mind. What does it mean to be an artist and a thinker?

Speech: I would say that all artists are thinkers and all thinkers are artists. Both fields are seeped in deep thought and powerful disciplines.

Mount: Agreed. Another core commitment of Black Perspectives is an analysis of black internationalism and diasporic exchange. Many readers are probably unaware of the fact that you are a huge deal in Japan. Far from “falling off” after Zingalamaduni in 1994, you have been busy the last two decades stretching the spatial limits of black thought across the Pacific. How do you read the Asian hip-hop scene and its interactions with black people and black culture? 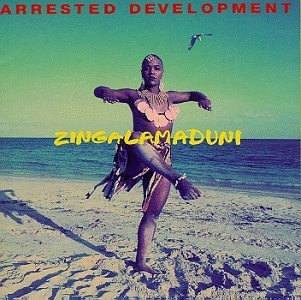 Speech: It’s fascinating! They are very appreciative of our culture and they are studious in striving to learn about it, imitate, and evangelize it. It’s encouraging for us as American artists, because many of the Asian cultures really respect us more than we respect ourselves. They treat us with more care and awe than we do towards each other in America.

Speech: While I’ve never lived in Japan, from what I’ve heard while touring, it’s great for men and jarring for women. Sexism is even more rampant there than it is here. Racially, I’ve had funny situations backstage where excited Japanese fans have come up to us and said, “We love Niggers!”

Speech: Yeah, but it was also hilarious because we knew by their faces and expressions that they meant absolutely no harm. They were simply going by the term that is used to describe us so much in contemporary rap music. And the language gap is such that many times they only understand general themes of rap music not the nuances. But I’ve always said that as rap has now grown up, it is even more important to create this extremely powerful music with purpose and not just acting as if we are only speaking to our “blocks” or “hoods.” We are projecting an image of us worldwide that can either work for our advancement or against it.

Mount: Good point. In the U.S. all we typically see about blackness in Asia is a handful of spectacular cases of appropriation, Asian people in blackface, or blatant anti-black racism. So it sounds like we might be missing a much deeper solidarity and affinity forming on the ground between black and Asian people through hip hop itself.

Speech: I think what we are missing is the deep emotional weapon we have at our disposal! Fela Kuti said, “Music is a weapon of the future.”

Mount: Shifting to more overt politics, I know that you have been an active supporter of both Black Lives Matter and Democratic party politics all while standing upon a more general black revolutionary platform in your music that is, in some ways, far to the Left of them both. As much as Pan-Africanism and Afrocentricity are clearly central to your thought you also make significant gestures in your music towards universalism, interracialism, and a class-based solidarity.  How have your politics changed over time and where do you stand now vis-a-vis the current American political scene?

Speech: I used to speak about revolution even if the revolution resorted to aggressive violence. This included lyrics from “Give A Man A Fish“:

This government needs to be over thrown, brothers with their AK’s and the 9mm’s need to learn how to correctly shoot ‘em, save those rounds for a revolution, poor whites and blacks bum rushing the system.

Because of my Christian faith and my belief that there are spiritual ways to demolish strongholds, I no longer subscribe to violent aggression as something that I would support. However, for those that do subscribe to it, I still agree with what my lyrics say, namely, that violence and self-defense is one means to accomplish the revolution. Whether it be songs like, “United Minds,” “Shell,” “Raining Revolution,” or “Give a Man a Fish.”

Mount: What’s the state of the revolution as you see it today and where are the openings for black activists and thinkers to best advance your vision for social change?

Speech: The revolution is about fundamental change! We as a people throughout the diaspora must focus on unity of purpose—the purpose being self-determination and setting aside for the sake of unity the things that divide us (i.e., religion, class, etc.); create dependable information vehicles for our purpose to thrive (i.e. news shows, entertainment, business and culture vehicles); and 3) pool our resources together (i.e. support our own businesses financially, circulate our talents for collective growth, pool our natural resources together, world wide).

Mount: I agree provided, of course, we don’t end up defending capitalism or supporting something like #BankBlack uncritically. I know I would definitely classify your music as anti-capitalist and in listening to your recent TED talk you state that in a world of empty consumerism “[m]y spirit taught me that purpose lies in the glorious fields. Creating new narratives with vast possibilities and roads that have yet to be traveled.”  Your new album is also titled “Changing The Narrative” and you describe it as “changing the topic of discussion from living the American Dream to being awake from it.”  This theme of the master narrative of American history harkens me to Ta-Nehisi Coates’s critique of the “Dreamers.”  Why do you think acknowledging the nightmare of the American dream is so traumatic for these Dreamers?

Speech: I think because it’s a deeply dark, grotesque, and traumatic history. And yet refusing to acknowledge it is like refusing to look at yourself in the mirror. It is from this beautiful and bloody history that we arrive at today, it’s a necessary journey for healing. The sole barrier is lack of priority. We are double-minded in our purpose. We love to wallow in oppression when the oppression is sheer materialism, the worship of money, the love of decadence or the love of pleasure but we hate oppression when some of us are murdered or imprisoned by that same system. When the system gives a few of us wealth, many of us cling to the dream of having that wealth as well, instead of seeing the system as manipulating us. We still believe that the system had us in mind when it promised, life, liberty, and the pursuit of happiness and in due time it will make its way to us all.

Mount: In your TED talk you also state that “My life, my music, it would always explore these alternatives and celebrate the unseen. The unseen tomorrows. The possible heavens on earth that we can create.”  I see these statements, and your music, arguing for a cautious but enduring belief in an empowering brand of hopefulness. How do you square your hopefulness with your commitment to ‘The Struggle,’ as Coates calls it, even when you know full well the dangers of an overly-romantic hope-based teleology? Can we ever escape the passivity that hope so often engenders? Do we even need hope as a touchstone for empowerment at all or is there another way that we can access that power without all the baggage?  Is there a way to salvage hope from its own hegemony?

Speech: I believe hope is the only thing that matters as long as it is fortified with action. Hope alone, like faith, is dead without deeds. I believe hopeless activism is an oxymoron.