This month I had the opportunity to interview Speech from the music group, Arrested Development. This is the second part of a two-part interview in which Speech shares his views on a range of topics including music, black internationalism, politics, and religion.

Born Todd Thomas in Milwaukee, Wisconsin, Speech started Arrested Development in 1987. Based in Georgia, the group became a pioneering force in the music world. Arrested Development received two Grammy Awards for the album, “3 years, 5 months and 2 days in the life of…” Their second album “Zingalamaduni” was met with critical acclaim and nominated for a Grammy. However,  the group split five years after they had formed. After a much needed break and time to regroup, Speech reemerged onto the scene and signed a solo record deal with EMI. He has released 5 solo albums since 1996–all of which have spawned Top 10 hit singles in Japan. His album “Spiritual People” released in 2000 was certified Gold in Japan and awarded the Best Black Music Album of the year 2000 by ADLIB magazine. In 2000, Speech and Arrested Development began performing together again, delighting audiences all over the world with their positive and uplifting brand of hip hop. Their new albums “Changing the Narrative” and “This Was Never Home” are available on their website.  Follow the band on Twitter @ADtheBand.”

Guy Emerson Mount: One of the things I have always found fascinating in your work is your critique of organized religion. Early on you expressed a deep skepticism as it relates to religious dogma. You blasted conservative black churches for their focus on the hereafter and their abandonment of revolutionary movements. At various points in your career you might have existed somewhere within Chris Cameron’s catalog of black freethinkers but you were certainly never among his black atheists. How have your views on religion changed over time?

Speech: I have become less religious and much more spiritual and biblically-based. I now believe that the bible is the inerrant word of God, and if people focused on the actual book more and less on the people who claim to follow it, things would be much easier to understand. I was very confused about Jesus growing up. And I’ve found by studying the bible with hundreds of people that most people are still confused. You see the paintings of him being white, you see the ultra-emotionalism from many that claim to follow him, you see all these different denominations speaking conflicting messages, you hear people claiming Christianity as a white man’s religion created to oppress the masses, you see so-called priests molesting boys and it can all be very confusing and discouraging, if you’re unaware of the actual bible.

I now see Christ as the most revolutionary person that ever lived on Earth! His politics were the spirit, which in my opinion is the life force of all movements. His main concern was the eternal soul, which is the currency of all hope and change! People die for causes that can affect change for the un-seeable and eternal future. Eternity is the fuel to our existence. The bible says that God hard wired eternity into the hearts of all of us (Ecclesiastes 3:11). We want to live forever! Whether through song, our children, our intellectual contributions, people’s memories of us, etc. We all want to live forever. So politics–whether black, white, or other–is about fulfilling the spirit’s hunger, whether it be hunger for change, freedom, equality, or humanity. So Jesus is indirectly political, but he goes to the root of the spirit. I strive to do the same.

Mount: Fascinating. I know even some atheists now, like Slovenian philosopher Slavoj Zizek, have been making a similar move by trying to recapture the radical and potentially disruptive core of Christian theology. But you are taking it all the way into the arena of personal faith. So do you see this as an end to what you once described as your “Fishing for Religion?” or is it simply a temporary stopping point in a lifelong search for truth?

Speech: As I say in “Tennessee” – “I am still thirsty.” I’m always thirsty for truth because my devotion is not to any religion–it’s only to truth. So far, of all the things that I have been exposed to—which are a lot of beliefs—Christianity remains the most true as being from God and being for us and being for our relationship with Him.

Mount: In that vein I also wanted to ask you about gender and sexuality. Arrested Development remains rather unique in that it is a multi-generational and multi-gendered hip hop group. While black men and women might get together on a collaboration track here and there, I can’t think of another well-known hip hop group that sees black men and women creating art together as an ongoing, permanent state of affairs. What does this mean for you?

Speech: We were, to my knowledge, the second ever hip-hop group with both men and women, the first being Funky Four +1. After us came others like The Fugees and The Black Eyed Peas. I am deeply influenced by Black women from my grandmother, mother, to many others in the community and of course members in the group. The views I have on respecting women have come from seeing their amazing strength and hearing their thoughts. The women in Arrested Development are extremely important to us in every way. With them we are inspirational and communal.

Mount: At the same time, your gender politics are extremely complex as you and the other members of the group have also been strong advocates for monogamy, traditional monoracial marriages, and interestingly, the right-to-life for unborn black fetuses–all of which are traditionally characterized as conservative right-wing positions rather than revolutionary black Leftist ones. Can you articulate where you are today on abortion rights, black queer communities, and marriage equality?

Speech: I think I can speak for the whole group when I say, we’re not against interracial marriages nor love. A song I wrote called, “Sunshine” talks about the free spirited nature of true love and that one can’t control who they truly fall in love with. I, however, love to promote Black love because it’s been so highly neglected and under-represented within western media and therefore world media. And that skewed view has a damaging effect on how we view our own humanity and how others view our humanity. We have been successfully portrayed as beasts, brutes and Jezebels for so long, there’s a need to counter these gross images.

The life of a baby is always sacred. As I explain in our song, “Warm Sentiments,” there are justified reasons for abortion, but it should ideally be communicated between the two that created the child together. When it comes to the queer community, I deeply respect queer communities despite my belief that living out a homosexual lifestyle is a sin. Sin is common to all people, so just because I believe something is sinful, doesn’t mean that I believe the people practicing it have no rights, or equal humanity. I understand that people’s decisions in this regard deserve to be respected. It also took me a couple phases of learning to accept marriage equality, but I have for some years now.

Mount: Right, I often call this the preliminary ‘truce’ that has to happen between people of faith and the LGBTQ community. It’s not perfect as it still needs a major theological project to get it right, in my opinion, but it is certainly better than the hate we so often hear coming from church folk. But switching back to music, your new albums, like your old albums, offer a fierce push-back to contemporary commercial hip hop. In a world where Lil’ Wayne says he has never experienced racism and Pharrell is imagining himself as some kind of ‘new-black’, post-black, raceless superhero, conscious hip-hop today seems to be overshadowed in a cloud of ignorance. Beyond the obvious early pioneers—Arrested Development, Public Enemy, Queen Latifah, KRS-1, etc.—who among the younger generation today gets it right?

Speech: I don’t think any one of today’s influential hip-hop artists are even trying to get it “right.” By far, most are ashamed of being called conscious, and those that used to be fine with that title have opted for “upward mobility” and relevance rather than being excluded from the pop culture conversation. They turn a blind eye to our own ignorance and critique the system only. I address this stuff to some degree in songs like “Trends,” “Bloody,” and “In-Line.”

I think 99% of the artists today have perfectly calculated the risks and have chosen ignorance as their primary lyrical vehicle or at the least have chosen to tolerate ignorance in order to remain relevant and financially viable. It’s the equivalent of snitching to consciously critique anyone in the rap game who is accepted as credible in the streets. Not to mention, in today’s rap game, ignorance is greatly rewarded by mainstream radio and video outlets, so there’s little financial incentive to fight it. Plus, the majority of songs and artists break in at the strip clubs, so by nature, lyrics that make you think are counter-intuitive. I address a lot of this in songs like, “Rules to the game,” “Lost Soldiers,” “Trends,” “I Don’t See you in the Club,” and “In-Line.” I also address it in various articles on our website. 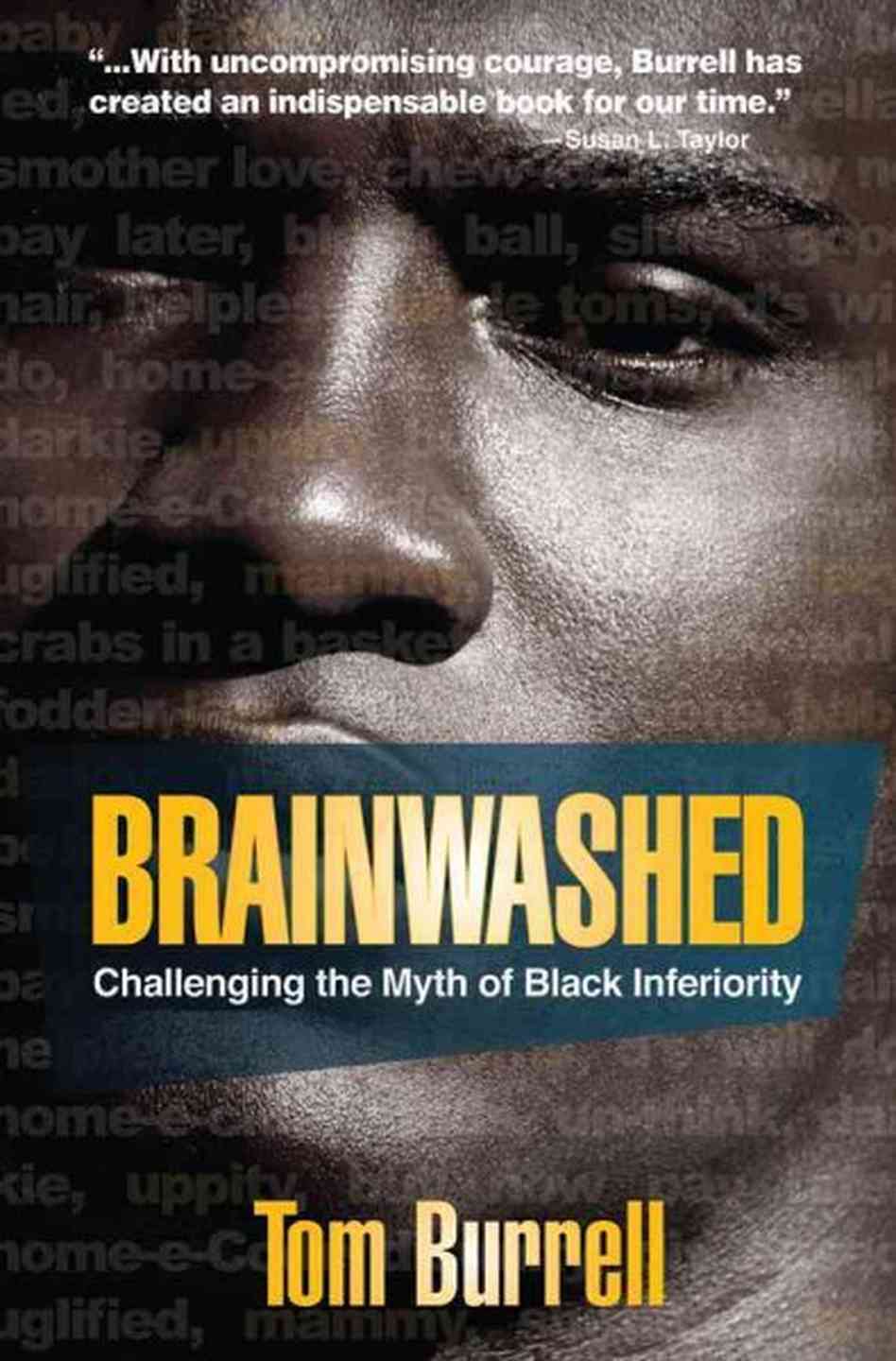 Speech: The Bible, Malcolm X, How Europe Underdeveloped Africa, The Destruction of Black Civilization, Brainwashed, among many, many others.

Speech: I’m honored to be asked such well-thought-out questions and I look forward to connecting with you and the others in this society! I really want to have these kinds of conversations with academics so I’m always open to speaking on college campuses, at academic conferences, etc. I’d love to connect with you all so hit us up on Twitter or at ADtheBand.com. Let’s please stay in touch, thank you again!