This post is part of our blog series that announces the publication of selected new books in African American History and African Diaspora Studies. Salvific Manhood: James Baldwin’s Novelization of Male Intimacy is forthcoming in October from the University of Nebraska Press. 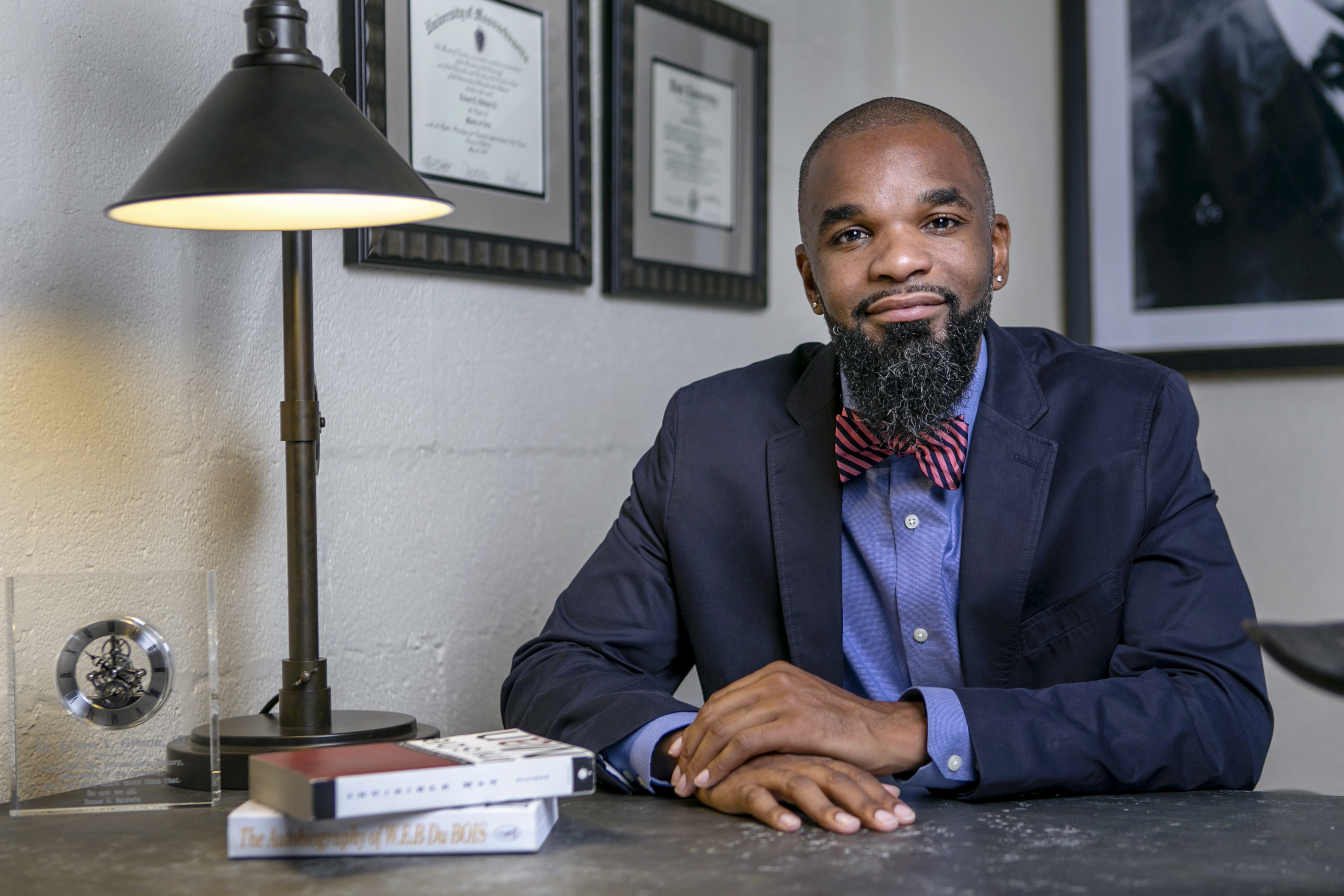 Author of Salvific Manhood: James Baldwin’s Novelization of Male Intimacy, Ernest L. Gibson III is Associate Professor of English and Co-Director of Africana Studies at Auburn University. He received his PhD in Afro-American Studies from the University of Massachusetts-Amherst. An interdisciplinary scholar by training, his research lies at the intersections of literary, cultural, and queer theories, and often pivots on questions of manhood, masculinity, and vulnerability. He is currently at work on his second book project, ​Between Ritual and Rebellion: Black Male Joy and Vulnerable Masculinities. Follow him on Twitter @Prof_ELGIII. 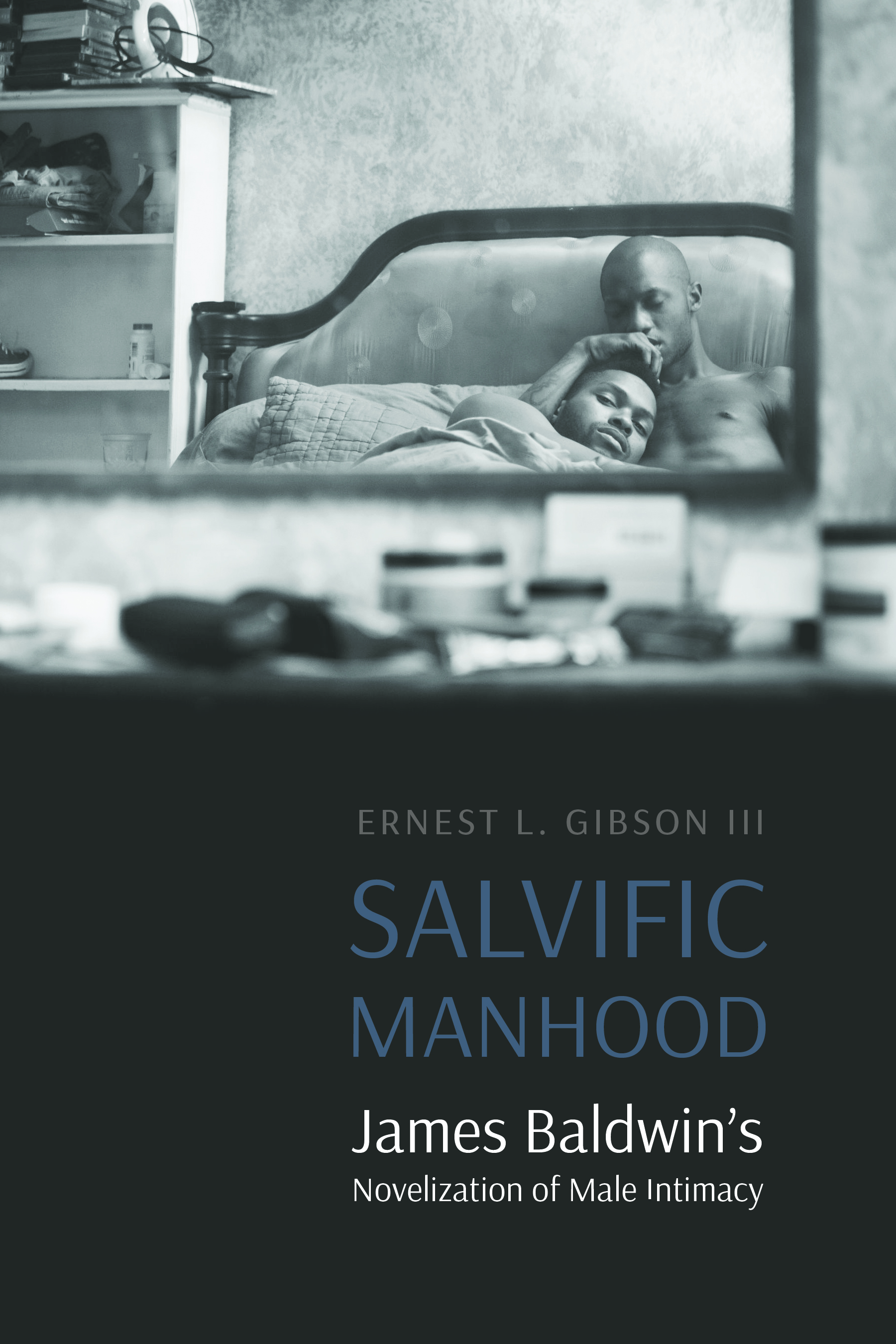 Salvific Manhood foregrounds the radical power of male intimacy and vulnerability in surveying each of James Baldwin’s six novels. Asserting that manhood and masculinity hold the potential for both tragedy and salvation, Ernest L. Gibson III highlights the complex and difficult emotional choices Baldwin’s men must make within their varied lives, relationships, and experiences. In Salvific Manhood, Gibson offers a new and compelling way to understand the hidden connections between Baldwin’s novels. Thematically daring and theoretically provocative, he presents a queering of salvation, a nuanced approach that views redemption through the lenses of gender and sexuality.

Exploring how fraternal crises develop out of sociopolitical forces and conditions, Salvific Manhood theorizes a spatiality of manhood, where spaces in between men are erased through expressions of intimacy and love. Positioned at the intersections of literary criticism, queer studies, and male studies, Gibson deconstructs Baldwin’s wrestling with familial love, American identity, suicide, art, incarceration, and memory by magnifying the potent idea of salvific manhood. Ultimately, Salvific Manhood calls for an alternate reading of Baldwin’s novels, introducing new theories for understanding the intricacies of African American manhood and American identity, all within a space where the presence of tragedy can give way to the possibility of salvation.​

Ernest L. Gibson III has given us a beautifully crafted, truly imaginative, and fresh approach to James Baldwin’s work. . . . [It] will be of interest to students and scholars of literary and cultural studies, queer studies, and even religious studies. This is truly an incredibly rich and creative work of scholarship that is not to be missed!”—Dwight A. McBride, coeditor of the James Baldwin Review

J.T. Roane: What type of impact do you hope your work has on the existing literature on Baldwin? Where do you think the field of Baldwin studies is headed and why?

Ernest L. Gibson III: My primary hope for Salvific Manhood is to encourage scholars of Baldwin’s work to understand that he is to be found, as my concluding chapter speaks to, “somewhere in that wreckage.” What this means for existing literature is a call for revisitation, a hearkening back to the works we all know so well, an intentional search within the shadows, silences, ruptures, and tears of his work. Salvific Manhood’s potential impact thus lies in its insistence to acknowledge the incomplete treatment of novelistic Baldwin, to admit how the appreciation of him as essayist prevented us from fully recognizing the brilliant weight of his creative fiction.

Additionally, Salvific Manhood holds the ability to reorient how we approach and locate Baldwin as a novelist. My book asks for us to consider his novels not as disparate creative works, but rather, as a collection of creative ideas thematically connected through Baldwinian conceptions of male intimacy and vulnerability. It also demands a situating of Baldwin as progenitive father — one sitting at the fore of (Black) queer studies as well as male and masculinity studies.

Lastly, my hope is that the book motivates a more patient sitting with Baldwin. In its petition for us to wait as witness, to behold the beauty of Baldwin’s literary nakedness, Salvific Manhood impacts by reminding us that within Baldwin’s ellipses and syncopations, there are theories of manhood and being, of love and intimacy. In his art, there is theology, philosophy, and theory.

In a moment where scholars are attending more to the reality and afterlife of anti-Black violence, Baldwin studies is headed back to classic Baldwin. The quiet tragedy of this pursuit rests in understanding how perfectly his vocality resonates within the space of the postmodern. But I also think Baldwin studies is moving in a post-queer studies direction because it knows the necessity to rescue tragic Black manhood from the stronghold of white theoretical disconfigurations. The field is forging new approaches for thinking through or about those folk dancing at the intersections of multiple differences (particularly where maleness meets queerness). I think Baldwin studies is daring something different because it knows we missed quite a bit in the past. And it begins with an unflinching gaze upon the bodies of Baldwin’s work.