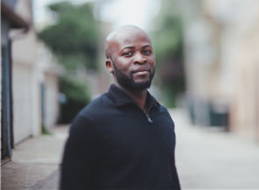 In today’s post, Darryl Robertson, a graduate student at Fordham University, interviews Joseph C. Edwoodzie about his new book Break Beats in the Bronx: Rediscovering Hip-Hop’s Early Years, which was recently released by the University of North Carolina Press. Ewoodzie uses qualitative methods to examine how marginalized populations in urban locales make sense of inequalities in their everyday lives. His dissertation, “Getting Something to Eat in Jackson,” is an ethnography of everyday eating practices among socioeconomically diverse African Americans living in Jackson, Mississippi. It pays particular attention to food availability, choice, and consumption and how these are woven into the daily lives of people inhabiting different social classes. Using participant observation, Ewoodzie conducted nearly one year of intensive fieldwork, following a couple dozen residents who were poor and homeless, some who were working class, and some who were among the wealthiest African Americans in the city. His new book, Break Beats in the Bronx, reflects his ongoing interest in the cultural dynamics of African American life in urban settings. Based on Ewoodzie’s masters thesis, Break Beats in the Bronx analyzes never-before-used archival material to provide a historical account of the making of Hip Hop. It focuses especially on a crucial but neglected period in hip hop’s early years, 1975-79. Follow him on Twitter @Piko_e. 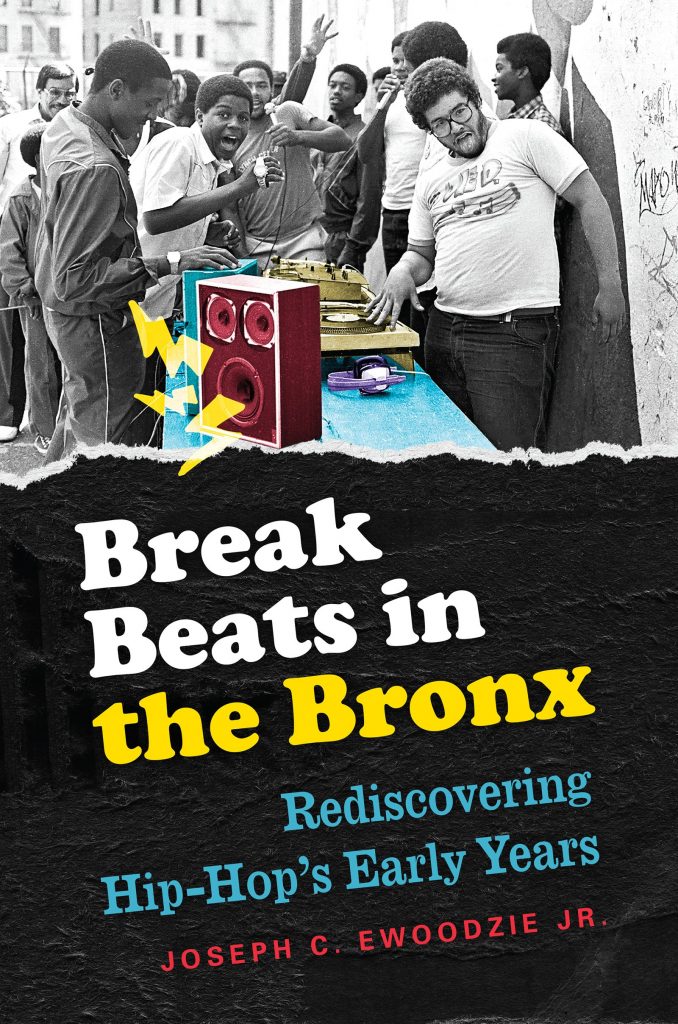 Darryl Robertson: Please tell us more about your research.

Joseph Ewoodzie: I use qualitative methods to examine how marginalized populations in urban locales make sense of inequalities in their everyday lives. I investigate how they interpret their social selves and order their relationships; how they create, maintain, and transform social and symbolic boundaries; and how boundaries constrain and enable their lives. The creators of hip hop exemplify all of this. For the most part, these were young people who bear the brunt of harsh public policies that transformed cities across the nation. They witnessed and lived through deindustrialization, slum clearance—the especially pernicious kind led by Robert Moses, white flight, planned shrinkage, and massive highway construction as well as all the social ills that the concentration of poverty often bring. This story is about how these young people made sense of their lives and made-do in the midst of all of it.

Roberston: Who or what inspired the research for your new book, Break Beats in the Bronx?

Ewoodzie: This book was my master’s thesis work in graduate school at the University of Wisconsin-Madison. At the time, I was simply a fan of hip hop who read about the history of hip hop. At some point I just thought there needed to be a second round of works about the history of hip hop. For me, it was a bit less about what was wrong with the literature—academics are too obsessed with that. It was more about adding to what scholars Jeff Chang, Tricia Rose, and others had already done. As incredible as these earlier writers were, I knew that there was more to the story—Chang says this in the introduction of his book. I wrote this book because I wanted to add to what they did.

Robertson: How does your book enhance to the current research of hip hop?

Ewoodzie: The headline is about filling that four year gap from 1975 to 1979, when hip hop was actually formed. In the book, I use a cooking analogy to make this point. If the ingredients for the making of hip hop were gathered between 1973 and 1975, and if the first version of the meal was finished and presented to the world in 1979—I’m thinking here of the release of “Rappers Delight”—then the actual cooking occurred between 1975 and 1979. The book details what occurred during that time. It tells fascinating stories that show how several dozen young black and Latino, many of whom who are unknown to us today, worked together to create this thing that we have come to love.

In addition to that, this book also questions various  notions that are taken for granted about hip hop. We often say hip hop started with four elements. Why? Why four, not five or six? And, why these particular four elements? Why does it start with Herc, Flash, and Bam? Why does it start in the Bronx, and not in other boroughs? Why is hip hop racialized as black, even though it was started in neighborhoods with as much blacks as Puerto Ricans? Why is hip hop gendered as masculine even though there were as many men as there were women at hip hop events? Hip hop started with DJs, but now it is all about the MCs. Why and how did that change? Why do hip hop artists have pseudonyms? So, besides providing what I view as a more comprehensive account of the very beginnings of hip hop, this book also forces us to rethink what we already know.

Robertson: Why do you argue that Bronx DJs Kool Herc, Grandmaster Flash and Afrika Bambaata are the forefathers of hip hop, especially if other DJs came before them?

Ewoodzie: We should not equate the start of hip hop with the existence of prior DJing scenes in Harlem, Brooklyn, and Queens. We also should not equate the start of hip hop with the existence of prior DJs. In my book, I provide a summary of the history of DJing to make this very point. Not only did DJs exist way before the birth of South Bronx DJs, some of the techniques that South Bronx DJs used to create hip hop also existed way before they came around. So, to get back to your question, what makes Herc, Bam, and Flash important? They are important–Herc especially– because they kicked off a complex interactional process that eventually birthed hip hop. But, it is also not really just about these three figures. This story is more about the particular social conditions that made these particular individuals particularly important. Chapters 1 and 2 painstakingly paint the picture about how these figures became important for the history of hip hop. I think this work is unique because I do not take their centrality for granted. I do my best to explain it.

Robertson: What distinguished Bronx DJs from DJs in other boroughs?

Ewoodzie: Instead of drawing distinctions between the actual DJs, I think it is more useful to draw distinctions between the different scenes. The differences between the actual DJs was very little, except for age. The South Bronx DJs were much younger than DJs in other boroughs. More of the DJs in Manhattan were white, but the DJs in Harlem, Queens, and Brooklyn were persons of color, mostly black (not just U.S. born but also diasporic, especially Caribbean).

When people talk about the differences between the DJing scenes in these different locales, they often point to the music. I think that is wrong. Some argue that the South Bronx scene played funk while the other scenes played disco. We have enough evidence to show that disco was so ubiquitous that it would be impossible for South Bronx DJs to avoid. So the differences in the scenes lie elsewhere. I highlight five in the book. One, DJs in the South Bronx played on the break beats, DJs elsewhere played the whole songs. Two, party-goers, at least at the very beginning, did not dance with partners because they were break dancing. Three, DJs elsewhere played in more established and more lucrative venues. DJs in the Bronx played in less established and less lucrative venues. Four, the audience in the Bronx was younger, often twenty-one and under, while the audience elsewhere was often older, twenty-one and older. Finally, South Bronx party goers dressed less formally, jeans and sneakers, while the audience elsewhere dressed more formally, suits and dresses. Hip hop started in the South Bronx because it came out of this latter scene.

Robertson: Over time, the focus shifted from DJs to the MCs. What caused this shift? And who can be credited for this rearrangement in hip hop?

Ewoodzie: The last chapter of the book addresses this very important question. When we think of hip hop today, we think about the MCs not the DJs. That has not always been the case. What caused this shift? Grandmaster Flash has a lot to do with it. Because he was so nice, as a DJ, the crowd at times stopped dancing to look up at him to see what he was doing. MCs have always been around, but they started to play a more central role with Flash. Before him, Herc’s MCs, like Clark Kent, simply talked on the microphone. Some served more functional purposes, like announcing that someone’s Mom was looking for them (that is how young these founders were) or simply announced when the next party was to be held. Flash actually needed the MCs to keep the people dancing and get their attention off his DJing. Flash’s 3 MCs, who eventually became the Furious Five, served this purpose. They used rhyming to get the audience to dance and not just stare at the DJ. Over the course of a few months, the role of the MC became an important one and all other crews got MCs. By 1979, the MC became more than the DJ. In Flash’s own crew, this rearrangement caused some problems. His MCs actually once “broke-up” with him because they felt like they no longer needed him. They certainly did not they that he deserved to be paid more than they did. By the time the Sugar Hill Gang came around, the MC was already the center of the hip hop world.

Robertson: What message, above all else, would you like readers to take away from your book?

Ewoodzie: Adding these details about the history of hip hop is really important to me. In addition to that, this book is also about telling the story of these young people who grew up in the depth of urban decay. It shows how they responded to their social circumstances. We often think of people in this space as living a disorganized life. We think that their life is a string of senselessness. The story of hip hop that I tell in this book reminds us that there is always order and logic to our lives, even in the lives of people who are living in the midst of economic disarray.