loading...
By Katie Knowles April 29, 2019 Comments Off on Reclaiming Intimate Histories in the Americas 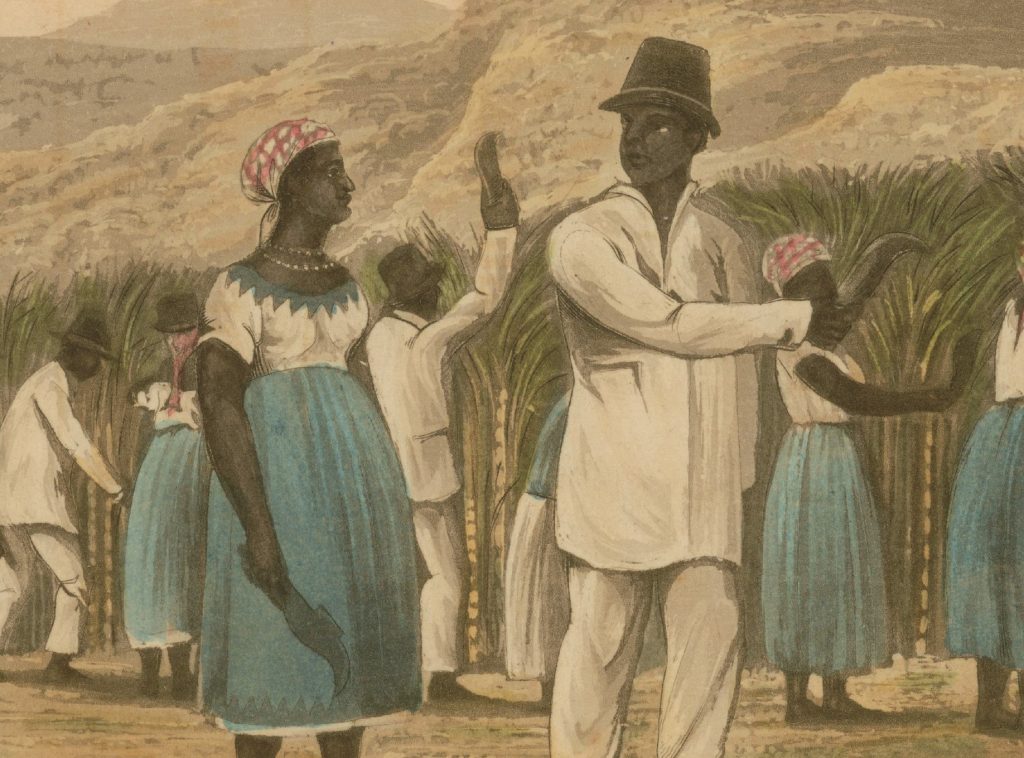 Sexuality and Slavery: Reclaiming Intimate Histories in the Americas, co-edited by Daina Ramey Berry and Leslie M. Harris, is a provocative book that contains groundbreaking research. Examining new paradigms for understanding sexuality and intimate relationships in the colonial Americas, the authors challenge existing assumptions and confront the shortcomings of typical approaches used in historical scholarship. Their work encourages the reader to consider how the history of sexuality within slavery is an obvious and glaring hole in the literature, which belies the difficult work of recovering these stories in the archival record. Sexuality and Slavery is a significant contribution  as it provides a new approach for analyzing the private lives of enslaved people. The introduction by co-editors Berry and Harris illuminates some of these challenges, including the ways in which perceptions of historical sexuality are tempered by present-day understandings of gender and sexuality. They note the difficulty in “creating respectful portrayals” of enslaved peoples’ sexuality “without reinscribing exploitation” or replicating stereotypes that have developed over time (4). The book includes a Foreword by Catherine Clinton, the editorial introduction, and ten chapters that are arranged roughly chronologically. The book has an Atlantic world focus with chapters exploring West Africa, the Caribbean, South America, and the United States.

In the book’s concluding chapter, Jim Downs reminds readers about the innovative work contained in the volume and the unique methodological approaches each scholar uses to uncover such histories. Not only are these historians seeking to discover evidence within the archive, they are fighting against the dominant efforts in the field to “scientize history,” as he puts it – the shift away from storytelling toward empirical evidence (p. 198). Through examples of contemporary fiction, poetry, and fine art, Downs encourages historians to step away from STEM (Science, Technology, Engineering, Mathematics) ) and toward artistry to not only provide stronger scholarship, but to appeal more to the public. However, he seems to ignore the work being done by historians who are already telling stories and incorporating contemporary art into their methods of presenting the history of slavery to wider audiences. Despite this possible oversight, Downs provides a strong conclusion to the book and echoes the call by co-editors Berry and Harris for readers to “engage your emotions, and…to approach your work with respect and care” (5).

Downs’s call for historians to think about archival sources through the eyes of artists raises questions about the historical profession’s rigidity in only accepting written documents as valid sources. What would happen if one of the writers in this book examined the late eighteenth century paintings of Caribbean subjects by Italian artist Agostino Brunias through the lens of sexuality and slavery? And, as a material culture scholar, I must ask, what about objects? Surely we could further understand the history of women’s medicine and the exploitation of Black women by J. Marion Sims through the development of gynecological tools. How many enslaved women’s sexual organs were maimed as he sought to perfect his speculum or determine the correct gauge of silver wire to use for suturing?

Trevor Burnard’s contribution does take an empirical approach to studying sexuality and slavery through the compilation of a dataset of monetary valuations assigned to enslaved men and women in estate inventories in Jamaica from the late seventeenth through most of the eighteenth centuries. Burnard finds that, contradictory to the heavy labor performed by women (and in the near complete ignoring of their reproductive labor potential), enslaved men were consistently valued higher than women. And the difference between these valuations by gender increased over time. He ultimately concludes that the investment in patriarchal structures by white planters in Jamaica and their assumptions about male dominance in free and enslaved communities caused them to assign monetary values to enslaved people based on emotion through their fear of unrest amongst the slave community, rather than through empirically and economically sound methods. 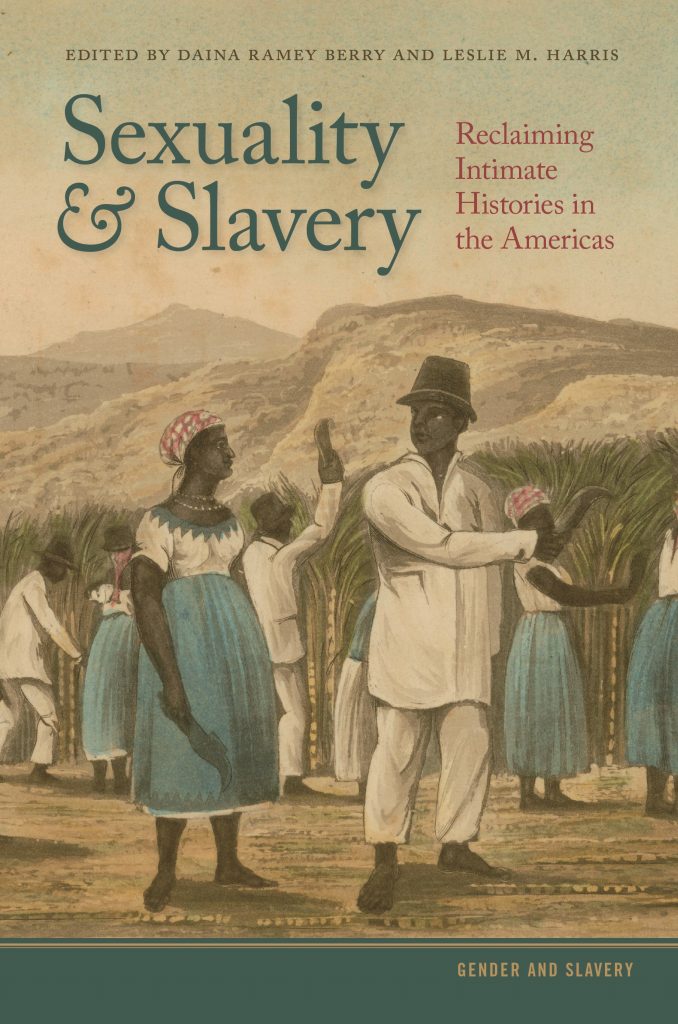 Marisa J. Fuentes’s chapter demonstrates her skills as a historian, writer, and storyteller, as it centers on a case of attempted murder in Bridgetown, Barbados that is also explored in a slightly different manner in her book Dispossessed Lives: Enslaved Women, Violence, and the Archive (2016). Fuentes’s contribution reads simultaneously like a true crime story and a deep, nuanced theoretical examination of legal sexualities. She uses legal records focused on arguments between white people who were involved in sexual and social deviancy and the near-murder of a white man by an enslaved boy dressed in women’s clothing to explore what she terms “the specter of enslaved women” within this world. She argues convincingly that even when Black women are not present in the archive, their spirits are there, haunting the actions and decisions of the historical actors since, “enslaved women profoundly influenced the production of labor, laws, and social subjectivities in slave societies” (51). Her work provides an example of the depths of knowledge that can be gained from close reading of a single source.

Though the volume prioritizes the historical sexualities of enslaved people, several authors explore the ways in which white women of the planter class used their bodies to commit acts of sexual deviancy, including forcing enslaved (and free) Black men into sexual relationships. Stephanie Jones-Rogers rightly points out that scholars have repeatedly romanticized the ways in which married white slaveholding women described themselves as being of similar condition to enslaved people and have largely replicated antebellum conceptions of white women as incapable of violence. In her analysis, Jones-Rogers argues convincingly that white slaveholding women were incredibly violent in explicit and implicit ways, yet they identified themselves in a position of relational powerlessness. Such sentiments were likely recognized by enslaved Black women who sought assistance in resisting unwanted sexual advances by white men. Jones-Rogers describes examples of white women who advised enslaved Black women to accept rape, thus making them complicit, at the very least, in the violent sexual exploitation of Black women. Her work also raises questions about how to respect the self-identification of white women as subjugated people while also recognizing their motives in prioritizing their whiteness over their gender, thus ensuring their own bodily safety while imperiling the lives of Black women.

Further demonstrating its broad scope, the book provides excellent discussions regarding masculinity and the sexual violence perpetrated upon and by enslaved men, primarily in chapters by Thomas A. Foster and David Doddington. Foster, whose contribution is similar in content to a 2011 article in the Journal of the History of Sexuality, is more concerned with violence committed by white people directed at enslaved Black men. Doddington’s chapter calls attention to violence perpetrated by enslaved men against enslaved women while also exploring the ways in which enslaved men participated in the racist patriarchal culture of the antebellum U.S. South. Together, these two chapters offer somewhat conflicting interpretations that, as with the interpretation by Jones-Rogers, present an example of the difficulty in analyzing the actions of a social group who are both oppressors and oppressed, and who sometimes use what power they do possess to commit violence against Black women. Many of the authors engage  with each other across the chapters – a brilliant editorial decision that demonstrates their time and effort in compiling this volume and makes it a great choice for those who want to learn or teach about the ways historians produce scholarship.

The book’s greatest strength is that it prioritizes the actions of individual people. When historians search for patterns or trends in the past, we are inevitably confronted with the reality of dealing with people and the messiness of their lives. How we respond to their actions when we write about them is crucial to helping further our understandings of the past. Throughout this volume, the authors continually wrestle with examples that do not fit neatly into a progressive narrative. To do so while maintaining scholarly authority is an admirable feat.

In a similar manner, the chapters collectively raise awareness of further avenues to be explored within this topic including deeper studies of homosexual relationships between enslaved people and across the color line. Ultimately, the editors and authors unapologetically demand that we consider intimacy and sexuality under slavery as a serious topic of scholarly analysis, and the chapters collectively provide a vibrant forum for such inquiry.

Katie Knowles joined the Avenir Museum and the Department of Design and Merchandising at Colorado State University in 2017. Her current role at CSU is a unique combination of traditional academic research and teaching mixed with curatorial work. Knowles holds a PhD (2014) and an MA (2008) in history from Rice University in Houston, Texas, and a BA (2005) in history from the University of Montana in Missoula, Montana. Her interdisciplinary research combines object-based study with fashion studies, material culture studies, feminist theory, and methods of historic archival sources.