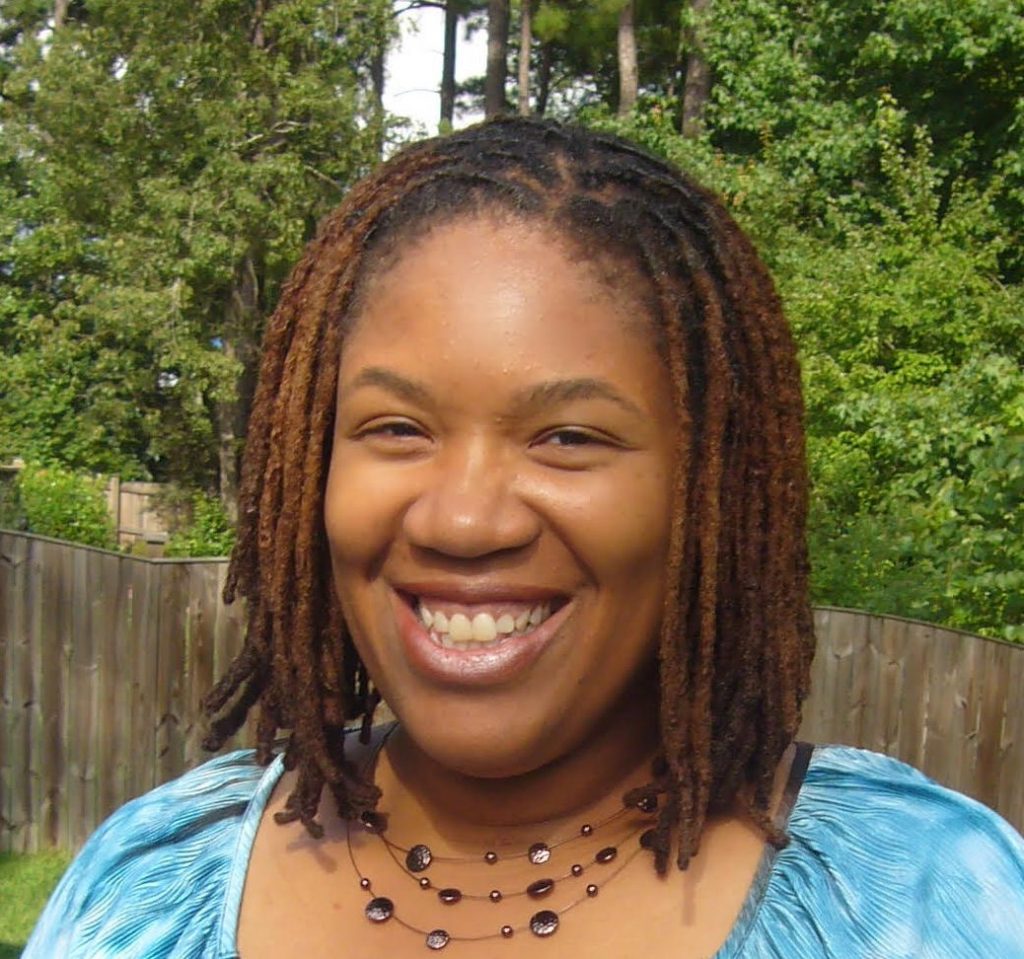 This interview is derived from a conversation between Julian Chambliss and Qiana Whitted about her new book EC Comics: Race, Shock, and Social Protest (2019) at the 2019 Michigan State University (MSU) Comics Forum. Dr. Whitted was keynote scholar at MSU Comics Forum, the multi-day, annual event for scholars, creators, and fans of the comics medium held at Michigan State University. Her keynote address highlighted a deep understanding of race and comic history and made clear why we should consider EC Comics, a 1950s publisher noted for its horror and science fiction stories, with greater care. Dr. Whitted is a professor of English at the University of South Carolina and director of the African American Studies Program. She is the author of “A God of Justice?” The Problem of Evil in Twentieth-Century Black Literature (2009) and co-editor (with Brannon Costello) of Comics in the U.S. South (2012). Follow Dr. Whitted on Twitter @QianaWhitted

Julian Chambliss: Comic scholars often mention EC Comics when we talk about the evolution of comic publishing and the rise of the “Comics Code.” Your analysis of race in EC is perhaps the most in-depth. How did you come to this project?

Qiana Whitted: I was working on an essay about Swamp Thing for the collection on Comics and the US South about ten years ago, and a lot of my research on that character from DC Comics involved older horror comics. I had always enjoyed Tales from the Crypt, but I started to read more EC and eventually brought those comics into my classes at the University of South Carolina. One of my students gave me a photocopy of “The Guilty” from Shock SuspenStories #3, and I was stunned to see how the issue dealt with racism in 1952, a year most well known in African American literature for the publication of Ellison’s novel, Invisible Man.

When I thought about how EC related to my research in African American cultural studies, I saw an opportunity to talk about pre-Comics Code, or so-called “Golden Age” titles in a new context. For all the attention comic fans give EC Comics – the incredible artwork, the controversial crime and horror stories—few scholars had taken a closer look at the social protest comics in more detail. I was given an opportunity by Rutgers University Press to dig in and focus on the impact of the stories that the publisher Bill Gaines called the “preachies,” which denounced racism, religious intolerance, and other forms of social discrimination in the 1950s.

Chambliss: I think one of the things that is really interesting about your work is that, for many people who study comics, EC is a known quantity, in part because of this really iconic story called “Judgment Day,” which is really at the center of many narratives around how comics engaged with racism. You identified this as a kind of culmination of the “preachy” form. How did EC develop this formula?

Whitted: Early on in these EC stories, typically you find African American or Jewish characters who are completely victimized by difficult circumstances. Many are injured, killed, and some commit suicide as a kind of object lesson to young white readers about the damage that hate can do. “Judgment Day” takes a somewhat different approach. It moves away from the social realism of the other preachies, with their emphasis on social realism and crime comics, while embedding aspects of those formulas into the speculative narrative of a science fiction comic. The main character, Tarlton, is an astronaut from the Great Galactic Republic who lives a thousand years in the future. Readers follow him on an inspection of a planet that is inhabited by orange and blue robots. He learns very quickly that the segregation practices on the planet in transportation, housing, and so forth, are keeping the blue robots in an inferior position. And so at the end of the story, Tarlton tells his orange guide that the robot society [had] not matured enough to join the Republic. He goes on to say that, “for a while, on Earth, it looked like there was no hope! But when mankind on earth learned to live together, real progress first began.”

It’s important here that, for the majority of the comic, as Tarlton is making his judgment and sharing these lessons, his face is covered by his space suit. But when he leaves and takes off his helmet, safe in his rocket, readers see that he is a Black man.  A surprise twist like this was something that EC was known for, what editor Al Feldstein called the “snap ending.” Readers responded surprisingly well to it. But, it also, as you mentioned, was the culmination of a lot of different strategies that EC pulled together: elements like the snap ending, for instance, or concealing the faces of their Black characters in order to challenge readers’ assumptions about figures of authority. When EC’s mostly white audience realized that for much of the story they were being asked to identify with a Black man as Earth’s representative, it was a shock—but not one that they were necessarily unprepared for as regular EC readers. 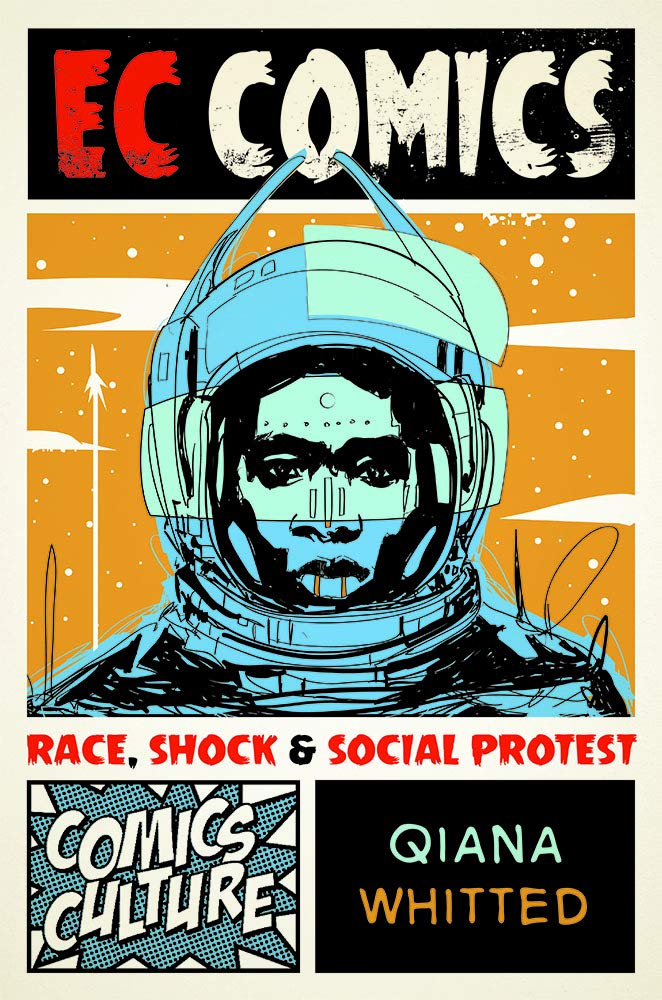 Chambliss: Your book talks about the structure of EC Comics and these twist endings, but you also talk a lot about the positionality of Black bodies and voices in relation to the white audience. The white reader is put into a place to empathize, often secretly, with minorities, which to me fits into a pattern of “moral suasion” associated with reform in the early 20th century.  So, are readers are supposed to feel shame or something else?

Whitted: It’s ironic because in many EC comics, especially the horror and crime comics that are so popular, violent retributive justice is key. The story’s culprit “got it the same way he gave it,” as Gaines once said in an interview. In the book, I give an example from a story called “Half-Baked!” in which a vindictive chef who broils lobsters gets broiled alive himself. EC artists and writers were known for these types of creative cruelties when it came to illustrating how deeply disturbed characters got their comeuppance.

Different choices are made in the preachies. The racists rarely suffer violent consequences and they don’t get punished through the criminal justice system. Instead of going to jail, the people who kill African American characters and destroy their lives, are forced to spend a lot of time meditating on how bad they feel once they realize the error of their ways. They are made to feel ashamed. In one story, “Blood Brothers,” there is a white family man named Sid who is upset because he finds out that his neighbor has Black ancestry. Sid does everything he can to get this man with “Negro blood” to move out of the neighborhood and terrorizes him to the point where he commits suicide. However, in the end, when Sid confesses his crime to the coroner, he finds out that he received a blood transfusion as a child from a Black person – he has “Negro blood” too. The story ends with this realization and Sid’s shame as he is slumped over, crying, presumably with regret.

This was a common posture for the culprits in a lot of the EC preachies. The dialogue is some variation of: “What have I done? I now see that this was a terrible thing.” But these public acts of shaming were a strategic choice. EC wanted to convey antiracist messages in ways that were powerful and dynamic, but also left room for the kind of redemption that readers were unlikely to find in EC’s more sensational stories, the ones not designed to “preach.” It was a choice that shares similarities with the moral suasion techniques that you mentioned, as well as sentimental fiction more generally.

Chambliss: When you think about the impact of EC and their depiction of race, how does that factor into our contemporary debates around representation and race in comics?

Whitted: When it comes to understanding early comics history in the United States, we have certain ways of talking about the period prior to the implementation of the 1954 Comics Code that can downplay the complicated racial and gender diversity of that landscape. Not just when it comes to what was on the pages or who was creating them, but we don’t always take seriously the wide range of comics readers who were choosing to buy them. So, part of my work now involves looking back on a period when publishers were furiously churning out comics to meet incredible demand, sometimes by recycling old formulas in new ways. There were Black readers, then, who were interested in all of that work. African American audiences have always been a part of the comic book industry and were enthusiasts of every genre. And some spoke up when they did not think that the representations in comics were affording them the kind of dignity they felt they should have, like “Steamboat” from Captain Marvel, for example, or “Li’l Eightball” from Dell. They also really enjoyed the comics that EC was putting out and voiced their support for those, too. All of this is to say that there are instructive models in the 1940s and 1950s for the kind of conflicted relationship that readers may have with race and comics today. The struggle for meaningful diversity has been a part of this industry since the beginning. Although the publishers that took a chance with the kind of experimental stories that EC Comics produced may have faced backlash, they’ve been rewarded in other ways, in part, by demonstrating how popular culture can have a social impact on generations of readers who would go on to make comics of their own.

Julian Chambliss is Professor of English at Michigan State University. His teaching and research focus on urban history and culture in the United States. He is the co-editor of Ages of Heroes, Eras of Men, which explores the changing depiction of superheroes from the comic books of the 1930s to the cinematic present. Follow him on Twitter @JulianChambliss.

Comments on “Race, Shock, and Social Protest: An Interview with Qiana Whitted”