Tyler D. Parry: What are some of the main questions or themes your book is tackling?

Elwood Watson: The book is collection of political, social, historical and cultural essays on race during the Obama/Trump era. Keepin’ it Real was a response to the plethora of events that occurred over the past several years. Indeed, it feels that America has suffered from whiplash given the immense amount of upheaval that has occurred. Immediately after the election of the nation’s first Black president, conservative and right-wing elements became paranoid and outright unhinged. For them, such an event symbolized a loss of control—the beginning of white decline, the gradual eradication of patriarchy, and the potential dismantling of the white male power structure. However, such a reality never did exist for large segments of America, including white America. This misguided assumption that prior to the 1960s that most of white America resided in a “Leave it to Beaver,” suburban bliss was a total fallacy. While it was true that a small percentage of white people did live such an upwardly mobile, tranquil existence, this was never the case for working-class and poor whites. In fact, many of them suffered from the same economic deprivations that poor people of color did and many still do more than half a century later.

Historically speaking, many white people across the political and economic spectrum have harbored detrimental stereotypes about non-white people, particularly, Black people. Thus, the end result has been distrust, hatred and deep levels of racial polarization. Not all white people are removed from the reality of Black America. Sure, some are in genuine denial, but there are also others who know the truth, but are trying to maintain power. When you talk about race, white people can get extremely defensive. They might say –“it’s in your head or it’s not that bad.”

But there is literature written by both Black and white writers. If you want to know what is going on in the Black community, you can go out and find it. There is no excuse. But people have a tendency to seek what they want to find and I don’t think it’s any different with racism.

TDP: How does Keepin’ it Real contextualize the current state of American politics? 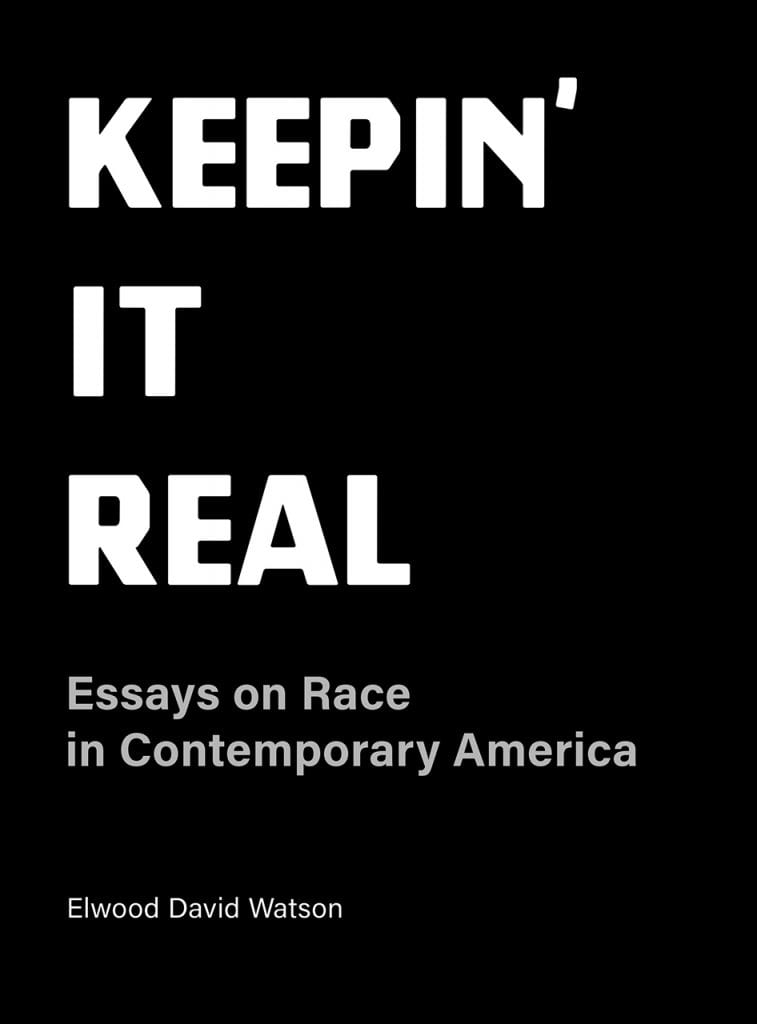 EW: The Trump years have been simultaneously adventuresome and unsettling. His election and subsequent presidency initially gave license to more radical racists to openly espouse their bigotry often suffering no consequences. That being said, over the past several months, that has changed. What I mean by that is that although there are people who still engage in wanton racial behavior and similar antics, more of these men and women are paying a price for doing so whether it be loss of employment, gaining a police record, public shaming and humiliation on social media etc.

The truth is that people of color–particularly, Black people–have had a fraught relationship with white America of all political affiliations. I’m reminded of a video I saw a few years back where the late, great Black intellectual extraordinaire James Baldwin was discussing American race relations with legendary conservative William F. Buckley and liberal David Susskind. Midway through the debate, Baldwin made a rather general comment about white Americans. Buckley’s response was “I can understand you having such feelings about me as a white conservative, but surely you do not feel the same about Mr. Susskind.” Without missing a beat, Mr. Baldwin stated “he’s no better than you.” Interestingly, Mr. Susskind remained silent. Witnessing such a candid exchange and the unwillingness of the supposedly liberal Susskind to refute Baldwin said a lot about the distinction between white liberals and white conservatives, – that there is very little difference between them.

Two of my essays “Rachel Dolezal: The Potential Perversity of White Privilege” and “ An Open Letter to Some on The Conservative Right:  Slavery Was F*cked Up! Period!” expose such attitudes. Aside from some disagreements on reproductive rights, social programs, environmental issues etc… when it comes to race, both groups harbor a paternalistic, oppressive attitude toward people of color, certainly as it relates to Black people. Indeed, this a common and reoccurring theme of my book.  Both white liberals and white conservatives have a vested interest in maintaining white supremacy and control over non-whites. While the methods and approaches may differ, the overall agenda was/is still the same. We saw this sort of attitude in the bi-partisan (from white leftists and conservatives) attacks on the Black women candidates who were on the short list for vice president. There was all sort of sinister and sophisticated attempts to undermine Karen Bass, Val Demings, Kamala Harris (the eventual nominee) and Susan Rice. On the contrary, there was no widespread effort, certainly not by white liberals, to pit white female VP candidates Elizabeth Warren and Gretchen Whitemire or Tammy Baldwin against each other or scurrilous allegations relentlessly attacking their past records. It reminds me of the old saying among some Black folk “rub a white liberal deep enough and you will uncover a racist.” While there are indeed white liberals who are genuine and do practice what they preach, far too many are fair weather and transactional friends as it relates to non-whites. Such attitudes must change, especially in the current state of affairs we are currently residing in. The 2020 election may prove to be the most consequential in a century. Too much is at stake this time around. These are points that are made in my epilogue.

TDP: Finally, what has happened in the last decade that brought the United States to this current moment?

EW: There are a lot of people across socio-economic, racial, economic and religious groups who have been galvanized by the events of the past few years. I would argue that the events of Charlottesville in 2017 where White supremacists boldly and defiantly marched on the University of Virginia campus shouting “you will not replace us,” referring to non-White and indigenous peoples while simultaneously chanting “Jews will not replace us.” The latter comment is a blatant form of anti-Semitism that emanates from many quarters in society. Such rhetoric is very disturbing and must be combated. This was one event that I believe, along with President Trump’s disgracefully irresponsible response and flippant remarks in regards to the incident, unsettled many Americans, causing them to slowly begin to WAKE UP and say, “whoa, what kind of nation are we living in and what sort of president do we have?!” In my book, I make several points on how Americans of good will can combat such racist vitriol. Indeed, such tactics have been employed by many social justice groups over the past few months.

Secondly. the George Floyd video was the breaking point for many Americans. I would argue that segments of the nation were already outraged with Ahmaud Arberry and Breonna Taylor’s murders. But it was the callous, unnecessary murder of Mr. Floyd that set off many people from all walks of life. I don’t know if you got the chance to see it, but it’s a very violent video. It’s an obvious abuse of power. Mr. Floyd was calling for his mother. His oxygen is cut off. In certain moments, it looks like the officer is grinning, almost smiling. It was sadistic! That is what really upset and outraged me and undoubtedly others.

Some of my essays including, “The Intersection of Racial, Gender and Economic Politics,” and “The Alt-Right and the Repulsive Spirit of White Supremacy,” show how, historically speaking, too many White upwardly mobile Americans believed that if they were attractive enough, intelligent enough, married the right type of spouse, showed contempt or disdain for the “right ” type of people (e.g. non-Whites, LGBTQ people, feminists, Jews, the disabled etc..) that they would be accepted into the world of the powerful. However, they soon discover that greed only favors one color – green. And that the forces of outsourcing, neoliberalism, unchecked globalization and similar factors have betrayed them and left them high and dry.

Keepin’ It Real: Essays on Race in Contemporary America addresses each of these issues – race, gender, sexuality, politics, class, religion among other issues in various ways. It is blunt, deft and precise. The book takes no prisoners and, indeed, lives up to its title. It informs its readers that nothing short of a broad based commitment to action will eradicate racial injustice. The book is essential reading for all people – regardless of race, gender, sexual orientation, religion, political persuasion geographic region, who want to know how we got here and how we might move toward a society that is more progressive and just.

Comments on “Race in Contemporary America: An Interview with Historian Elwood Watson”