loading...
By J. T. Roane May 17, 2019 Comments Off on Poll Power: A New Book about the Voter Education Project

This post is part of our blog series that announces the publication of selected new books in African American History and African Diaspora Studies. Poll Power:The Voter Education Project and the Movement for the Ballot in the American South was recently published by the University of North Carolina Press. 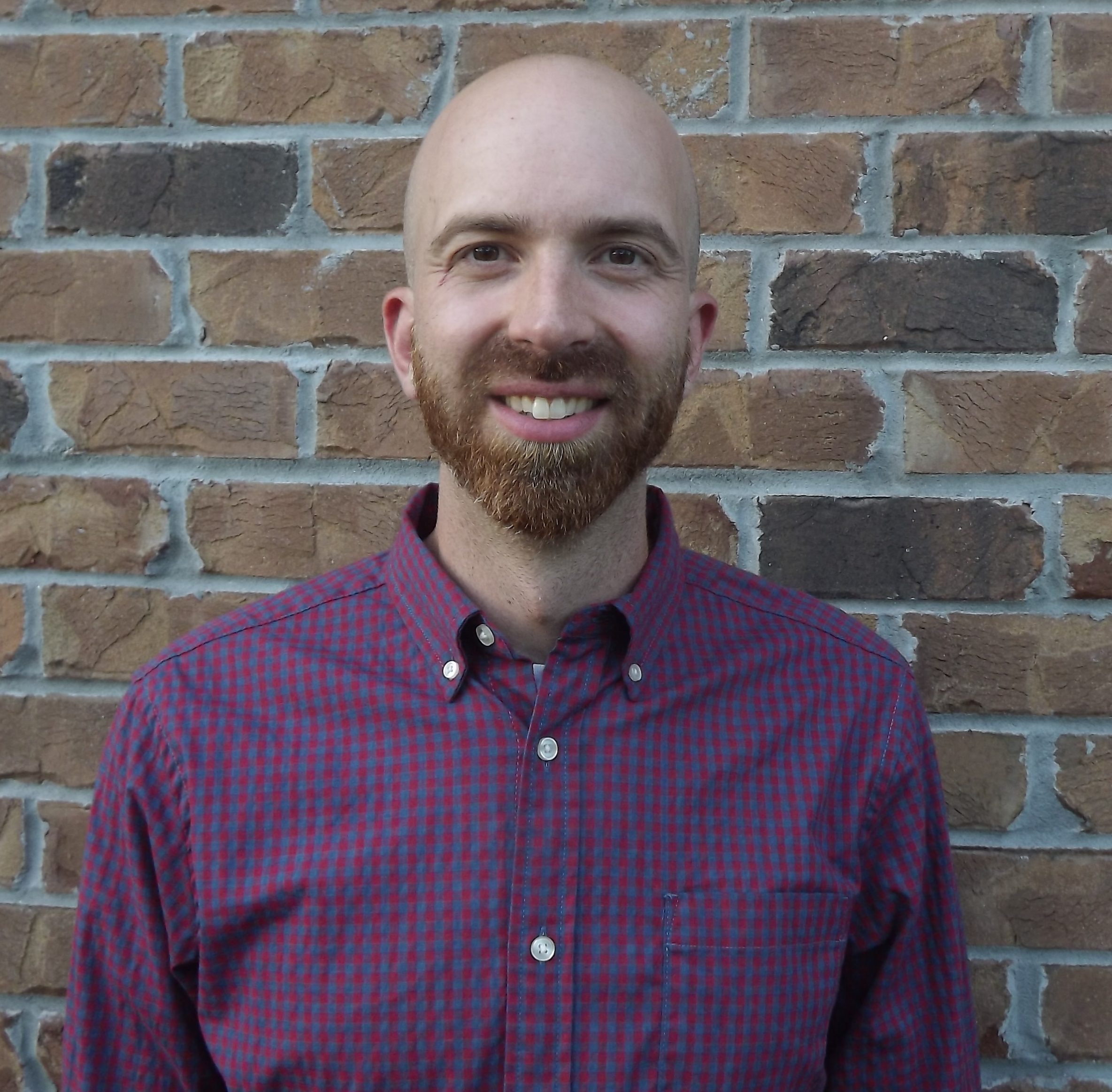 Author of Poll Power: The Voter Education Project and the Movement for the Ballot in the American South, Evan Faulkenbury is an assistant professor of history at SUNY Cortland where he teaches courses on public history and United States history. His research on the Council for United Civil Rights Leadership (CUCRL) will be featured in the summer 2019 issue of the Journal of African American History, and his profile of an unheralded civil rights activist named Reginald Hawkins will be published in the Journal of Civil and Human Rights in late 2019. His current work explores public history, memory, and slavery within both Union and Confederate monuments and historic sites. Follow him on Twitter @evanfaulkenbury. 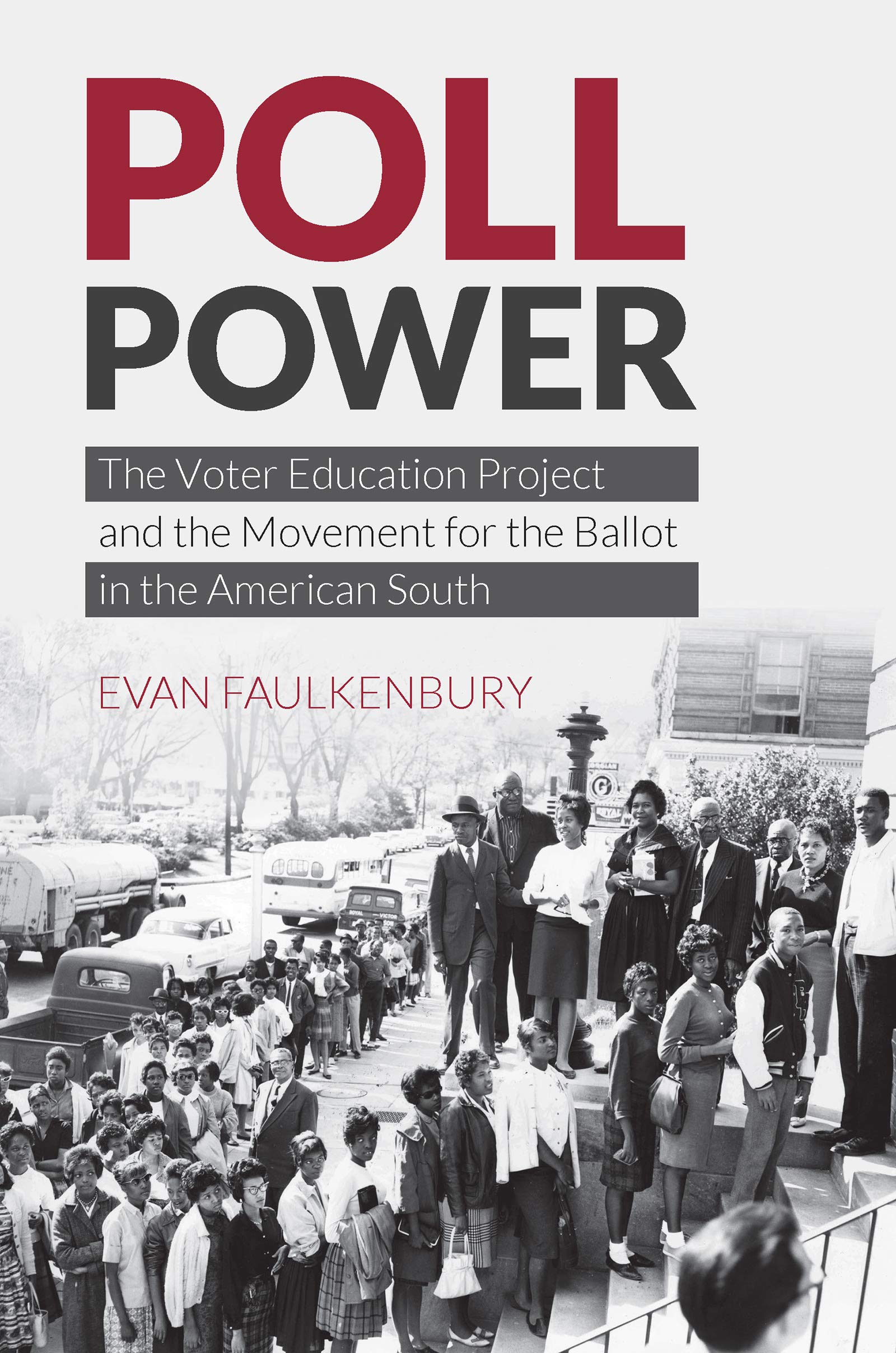 The civil rights movement required money. In the early 1960s, after years of grassroots organizing, civil rights activists convinced nonprofit foundations to donate in support of voter education and registration efforts. One result was the Voter Education Project (VEP), which, starting in 1962, showed far-reaching results almost immediately and organized the groundwork that eventually led to the Voting Rights Act of 1965. In African American communities across the South, the VEP catalyzed existing campaigns; it paid for fuel, booked rallies, bought food for volunteers, and paid people to canvass neighborhoods. Despite this progress, powerful conservatives in Congress weaponized the federal tax code to undercut the important work of the VEP.

Though local power had long existed in the hundreds of southern towns and cities that saw organized civil rights action, the VEP was vital to converting that power into political motion. Evan Faulkenbury offers a much-needed explanation of how philanthropic foundations, outside funding, and tax policy shaped the southern Black freedom movement.

“In this innovative study, Faulkenbury goes behind the scenes to elucidate the relationship between the civil rights movement and philanthropic foundations. An organizational history of the Voter Education Project and its funders, Poll Power demonstrates that as civil rights activists in countless communities across the South began to institutionalize their hard-won access to the ballot, their opponents answered with federal legislation that severely curtailed the chances of their success. This work is essential for understanding the intricacies of voter suppression efforts, both past and present.”–Katherine Mellen Charron, North Carolina State University

Evan Faulkenbury: I grew up in a privileged, white community around Charlotte, North Carolina. I knew few African Americans, and beyond the basics of the “I Have a Dream” speech, I knew next to nothing about the history of race, racism, or the fight for Black freedom in United States history. When I started working on my Master’s degree in history at UNC Charlotte, I served as a graduate assistant in the library’s Special Collections Unit. The archive holds a wealth of material related to the civil rights movement in Charlotte, and I quickly became captivated by stories of local Black women and men pushing back against segregation in the city I thought I knew. One of those leaders was Reginald Hawkins, an unheralded, combative activist. In the archive, I discovered that he led multiple voter registration drives between 1962 and 1966 with the help of an organization called the Voter Education Project (VEP). I did a little research on the VEP and discovered that few historians had tackled its history. But I could tell that the VEP’s impact had been massive during the 1960s—it helped finance the movement in hundreds of communities across the American South.

I wrote my Master’s thesis on Hawkins, but I circled back to the VEP’s story once I started working on my Ph.D. at UNC Chapel Hill. I realized that no one had written about the VEP in depth because the VEP had done such a good job deliberately hiding its alliances with grassroots organizations and staying out of the public spotlight to preserve a special tax exemption with the IRS. The VEP’s leaders (Wiley Branton, Vernon Jordan, John Lewis, among others) believed that if white conservatives figured out that the VEP empowered Black southerners with resources to organize voter registration campaigns and bolster Black political power, they would do all they could to destroy the VEP. And, it turns out, they were right. Through the Tax Reform Act of 1969, congressional conservatives sabotaged the VEP, and as a result, the entire southern civil rights movement, too.

I regret how much I did not know growing up. Part of learning and writing about the Black freedom struggle has been, in part, my attempt to self-correct. I’m thankful that stories like these continue to be unearthed and re-written.