loading...
By Guest Poster May 31, 2016 Comments Off on Pan-Africanism, Feminism and Finding Missing Pan-Africanist Women 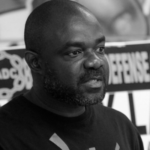 This is a guest post by Dr. Ajamu Nangwaya, an educator in Ontario’s post-secondary educator sector. He has a doctorate in adult education and community development from the University of Toronto. Ajamu has been active in the Canadian labour movement around equity and class struggle issues and is a former Vice-President of the Canadian Union of Public Employees, Ontario Division. He is an organizer with the Network for Pan-Afrikan Solidarity and engages in journalistic activism in speaking truth to power and the powerless. *This article originally appeared on Pambazuka News.

When most of us think of Pan-Africanism and its major icons, women will not instinctively come to mind. Pan-Africanist history and activism might appear as the exclusive domain of African men. However, I am encouraging readers to embrace the position of the radical hip hop group Public Enemy and “Don’t Believe the Hype” about women not being major contributors to Pan-Africanism. In Hakim Adi’s and [Marika] Sherwood’s book Pan-African History: Political Figures from Africa and the Diaspora since 1787, forty Pan-Africanists are surveyed and only three of them are women.

Pan-Africanism is an ideology and a movement that calls for global solidarity and cooperation among Africans in order to liberate themselves from racist oppression and (neo)colonial and imperialist domination. Africa holds a central place in Pan-Africanist thoughts and organizing. It is the ancestral land of Africans. The harnessing of the continent’s resources for the benefit of the people will serve as the basis for liberation. A Pan-Africanism of liberation should be based on the labouring classes as its principal constituency and, as such, must be an anti-capitalist, feminist, anti-imperialist and anti-racist movement. This article will focus on Pan-Africanist women from the African Diaspora.

Diaspora Pan-Africanist women have contributed to the movement Pan-Africanism from its inception at the Henry Sylvester Williams-initiated Pan African Conference in 1900 in the city of London. According to the Haitian Pan-Africanist Benito Sylvain’s conference report, its principal goal was to “examine the situation facing the African race in every corner of the globe, to solemnly protest the unjust contempt and odious treatment which are still heaped upon the race everywhere.” This conference wanted to form an organization that would coordinate the worldwide struggle against the oppression of Africans and advance their interests.1

There were at least six women (Anna H. Jones, Anna Julia Cooper, Fannie Barrier Williams and Ella D. Barrier from the United States, and a Mrs. Loudin and Ms. Adams from Ireland) among the fifty-one African delegates at the conference. These women were not simply observers at this international gathering. Anna Julia Cooper, an educator, a women’s club leader and anti-racist advocate, delivered a presentation entitled The Negro Problem in America. Her compatriot Anna H. Jones, a linguist, women’s club activist and educator, tackled the subject The Preservation of Racial Individuality. These women delegates were actively involved in social movements committed to transforming the oppressed condition of Africans. For example, Ella Barrier was an educator and an active participant in the Washington, D.C. Colored Women’s League.

The Universal Negro Improvement Association (UNIA) was the foremost 20th century Pan-Africanist mass organization that mobilized Africans for the fight against colonialism and imperialism. Rhoda Reddock, a Caribbean-based academic and feminist, suggests in her article, “The first Mrs Garvey” that the UNIA was “one of the most successful pan-Africanist organisations of all time and certainly the most internationalist.”

Garvey is universally celebrated as the founder of the UNIA. However, that perception is not accurate. Amy Ashwood Garvey was a co-founder of the group as she states in the document “The Birth of the Universal Negro Improvement Association.”2 She was the founder of the UNIA’s internationally circulated newspaper The Negro World and served in other significant roles. She later participated in other Pan-Africanist organizations and initiatives such as the anti-colonial and anti-imperialist International African Service Bureau and involvement in organizing the Fifth Pan-African Congress.

As a feminist, Amy Ashwood centered the emancipation of African women as a major part of her politics. In the 1 April 1944 edition of the African-American publication New York Amsterdam News, she demonstrated her feminist and internationalist commitments: “There must be a revolution among women. They must realise their importance in the post-war world … Women of the world must unite.” At the October 1945 Fifth Pan-African Congress in Manchester, she objected to the marginalizing of African women: “very much has been written and spoken of the Negro, but for some reason very little has been said about the black woman – she has been shunted into the social background to be a child bearer – this has been principally her lot.”  Amy Ashwood also addressed the exploitative working condition of “The labouring class of women who work in the fields, take goods to the market, and so on” in Jamaica and the lack of solidarity from African men.

Amy Jacques Garvey, the second wife of Marcus Garvey, is adequately recognized for her contribution to Pan-Africanism. After the imprisonment of Garvey, she disseminated his Pan-Africanist ideas by editing and publishing his writings in the book The Philosophy and Opinion of Marcus Garvey. Her 1963 memoir Garvey and Garveyism exposed the thoughts and legacy of Garvey to the Black Power Movement. Keisha N. Blain states that Jacques Garvey could legitimately be “credited as co-creator of Garveyism” given her influence on Garvey’s thoughts and her intellectual input into his articles and speeches as someone who helped him in writing them.

Jacques Garvey spread the ideals of Pan-Africanism across the world in her position as editor and columnist of The Negro World and creator of “Our Women and What They Think” – a page dedicated to politically educating women. Jacques Garvey was a liberal or bourgeois feminist. Her 25 October 1925 column Women As Leaders, approvingly highlighted the emerging gender “equality”: “No line of endeavor remains closed for long to the modern woman. She agitates for equal opportunities and gets them; she makes good on the job and gains the respect of men who heretofore opposed her. She prefers to be a bread- winner than a half-starved wife at home.”

Jacques Garvey’s article “Listen Women” in The Negro World on 9 April 1927 elevated bourgeois white men’s perceived treatment of white women as the model of gendered relations between African women and men: “They have braved the tropical jungles, slain black men, in order to get gold and diamonds with which to adorn their women… build up a great republic, so that their women may live in comfort and luxury.” Obviously, white working-class women were not living such a lifestyle.

Claudia Jones was a Pan-Africanist, feminist, anti-imperialist and communist whose constituency was the working-class. During her American years, she had a more internationalist than Pan-Africanist focus, except for her articles on the Caribbean. On international questions, she opposed United States’ imperialism and exploitation in the global South and its military aggression and threat to world peace. In her work as a communist organizer, educator and journalist, she placed the triple oppression of working-class African women at the heart of her theoretical work as evidenced in We Seek Full Equality for Women and An End to the Problems of the Negro Woman.

Jones’ Pan-Africanist commitment intensified after her politically-motivated deportation to Britain. Jones created the West Indian Gazette as an instrument to resist racist and class exploitation of Africans in Britain. The newspaper was also used to expose imperialism in Africa and the Caribbean as well as elsewhere in the global South. The West Indian Gazette positively covered the Cuban Revolution, exposed the criminal activities of apartheid in South Africa, covered the assassination of Patrice Lumumba in the Congo and advocated for decolonization in the British Empire. Carole Boyce Davies brought to light in Left of Karl Marx, a political study of Claudia Jones, that she “influenced pan-Africanists – such as Kwame Nkrumah – from the standpoint of bringing Marxist-Leninist views to bear on their pan-Africanist thinking.”

In conclusion, there are numerous women in the African Diaspora who have worked and/or working for the liberation of Africans under the banner of Pan-Africanism. They must be rescued from [historical] obscurity. There is a need to elevate the Pan-Africanist work of Diaspora women in countries whose official languages are Spanish, French, Portuguese and Dutch. When Pan-Africanist women are placed in a position to express their needs at the strategic, operational and ideological levels of the liberation project, they are going to consummate the union of feminism and Pan-Africanism. In order for Pan-Africanism to serve as a revolutionary ideology and movement, it must center the emancipation needs of African women by way of a firm embrace of feminism. It would have to be an ideological stream of feminism that is opposed to imperialism, capitalism, racism, heterosexism/homophobia and other forms of oppression…Claudia Jones’ intersectional and revolutionary feminism is a good starting point for the marriage of feminism and Pan-Africanism.