loading...
By Devyn Spence Benson June 1, 2016 Comments Off on Beyond The Walled City: An Interview with Guadalupe García 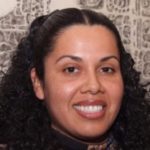 This month I interviewed Dr. Guadalupe García about her new book Beyond the Walled City: Colonial Exclusion in Havana (University of California Press, December 2015). A fascinating exploration of the links between race, space, and empire, this book traces the changes in the port city of Havana between the sixteenth and twentieth centuries. Latin American urban history tends to concentrate on the economic functions of port cities, seeking explanations for urban development that “look outward” toward the European continent and its trade relationship to the Caribbean (p. 8). In contrast, García uses a mix of Cuban and Spanish archival documents and maps to explain the socio-political history of urban development in Havana while also demonstrating how racial exclusion via limited access to city spaces was a part of Spanish city planning from the very beginning.

Dr. Guadalupe García is an Associate Professor of History at Tulane University in Louisiana. Her research focuses on colonial Latin American and Caribbean urban history as well as contemporary social movements and revolution. García’s publications include articles in the Journal of Latin American Studies and Cultural Studies.  Her work has also appeared in journals accessible to Cuban colleagues, such as Nuevo Mundo / Mundos Nuevos and the Revista de patrimonio Iberoamericano. García is currently working on her second book, tentatively entitled City of Light and Shadow.  The project draws upon hundreds of cartographic depictions of the city and considers them alongside of nineteenth-century slave ads and colonial census records.  It asks how Havana’s built environment was imbricated in governing the lives of free and enslaved black urban subjects and proposes to map black urban areas onto period maps of colonial Havana.  She has received a fellowship awards from the University of Warwick and the John Carter Brown Library for this research.

Beyond the Walled City follows debates about the building and eventual destruction of walls around Old Havana to tell a story about race, space, and empire. What led you to focus the book on the wall and the urban space of Havana?

García: I visited Havana multiple times before I had a clear idea of its layout and history, but what was clear to me was how quickly its landscape changed. The people I talked to on an everyday basis seemed to note these changes in the words they used to describe the city, their neighborhoods, and different areas of Havana. For me, the pivotal moment for making sense of the city came during a conversation with a friend in which she described as an area of the city as “within the walls.” At the time I was so confused and didn’t know the importance of the walls. I couldn’t imagine why they were being used to designate not only the city space, but where certain people could be found.

I was doing archival research at the time, and trying to figure out the ins and outs of the nineteenth-century colonial city administration. Everything I read in the archives contradicted the spatial knowledge that seemed to reside within urban space. Beyond the Walled City spawned from my desire to reconcile written history, construction of physical space, and the narratives prevalent among Cubans. 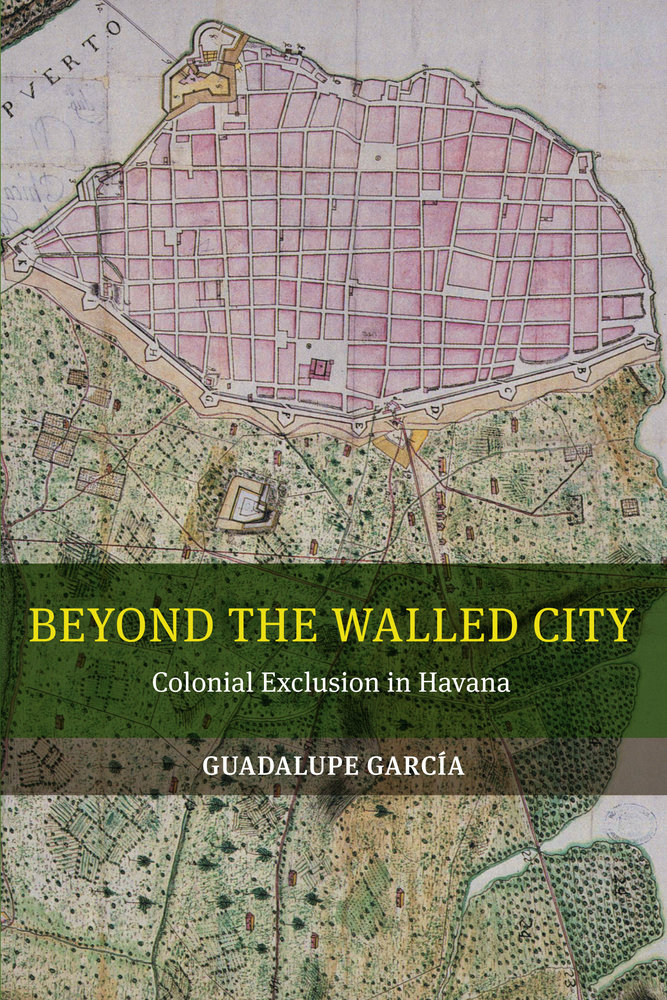 One of the things that most impresses me about this book is how it shifts the focus of urban history away from European paradigms (and Latin American ones based on Europe) to center the Caribbean and port cities like Havana. Can you elaborate how this approach allows Beyond the Walled City to insert discussions of race into colonial urban historiography?

García: There still seems to be very little space for “colonial urban historiography” to begin with. It’s one of the more frustrating aspects of the field—we’re still talking about how American and non-European spaces were designed as the “Paris” of their respective regions. Beyond the Walled City complicates this narrative by considering how urban design, built environment, and historical processes reflect a struggle of race embedded within all colonial urban spaces where people of color were once enslaved. These spaces hold residual memories—and they’re visible and palpable whether the spaces are re-inscribed or not. Take for example the demolition of the walls in Havana. You can still walk the original colonial enclosure, and even if you didn’t know much about Havana’s historical urban plan, you’d still notice the stark difference in architectural design when you crossed the street from one city block to the next.

In the introduction, you say “Havana has always thought of itself as white.” Yet, this is not what most modern observers would say about the city. Can you say more about this colonial and modern identity?

García: The quote is actually a paraphrase of something that the late (and great) architectural historian Mario Coyula Cowley once said. For a long time, as I sketched the ideas that ultimately became the basis of colonial racial exclusion at conference gatherings, colleagues repeatedly asked the same questions: wasn’t the construction and demolition of colonial walls really dictated by economics? By changing military technology? I wasn’t satisfied with the notion that colonial expenditures alone dictated walled spaces, or that military technology made walls obsolete. It was one of the main reasons why I decided to extend the parameters of the book in the twentieth century. I found that the trajectory of the walls actually contradicted the economic and military reality that the city faced via external threats and evolving patterns of warfare. Instead, the trajectory of the walls spoke directly to the changing racial demographics of the city and the growth of Havana’s free black population.

When I heard Mario speak, he was talking about Havana’s architectural design and the city’s orientation towards Europe prior to 1959, which I understood as actively reinforcing its own hegemony. During the colonial era and through much of the republican period, the organization and administration of the city mimicked Europe and the United States. This didn’t make Havana a white city, but made it one that imagined itself as simply always modern, hence white, one whose organization was predicated on colonialism and slavery, and whose built environment (walls included) reinforced those ideas.

1959 was a watershed moment in the representation of the city. For starters, the revolutionary government understood Havana to be the seat of government—colonial and neocolonial alike—and sought to disrupt its organization by bringing elements of the countryside to urban dwellers, and vice versa. Its invitation to the Cuban peasantry, the construction of new housing, and urban reform laws, not to mention continued waves of emigration through the 1980s, all made it easier for black Cubans to be visible residents of the city. Currently, as the government pursues new revenue sources, administrators seeking to tap into Caribbean tourist revenues have darkened Cuba’s image for visitors searching for a tropical (black) exotic experience–a stark contradiction to the ways that Cuba was marketed prior to 1959 which was exotic but represented as white faced.

Beyond the Walled City shows how colonial officials in Cuba etched the “island’s historical and political periods into the city’s landscape.” How will renewed diplomatic relations with the U.S. change/alter/affect Havana’s physical environment?

García: The history of the city is visible in the layers of its geography, and a renewed era of diplomatic relations with the United States will continue to extend the trajectory that Havana is already on. The Office of the City Historian—one of the more powerful offices in Cuba—is working with UNESCO to restore and repair certain areas of the city. This is a process that is akin to inscribing an official history on its physical geography.

But Havana has been constituted by human agency—by people—as well as by political processes. And right now the city is host to thousands of new foreign visitors, which will inevitably alter its built environment. This alone will cause changes in the city layout, and I’m not just talking about new business ventures that result in the construction of hotels or tourist infrastructure. Rather, the eco-political footprint of the city is one that is continuously in flux, and it is shaped by as well as shaping the expectation and possibilities of residents and visitors alike.