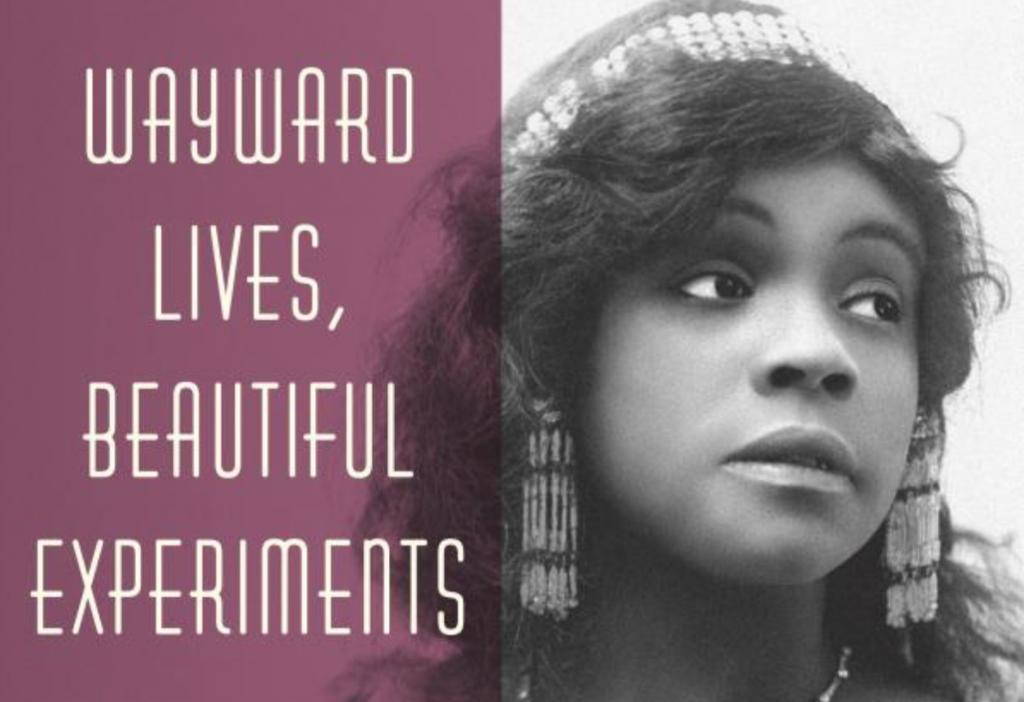 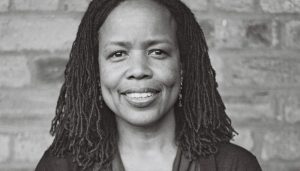 Saidiya Hartman is a Professor of English and Comparative Literature at Columbia University. Hartman’s major fields of interest are African American and American literature and cultural history, slavery, law and literature, and performance studies. She is on the editorial board of Callaloo. She is a 2019 MacArthur Fellow and she has been a Fulbright, Rockefeller, Whitney Oates, and University of California President’s Fellow. In 2018, she was awarded a Guggenheim Fellowship, which contributed to her completing her most recent book, Wayward Lives, Beautiful Experiments: Intimate Histories of Social Upheaval (W.W. Norton, 2019). She is also the author of Scenes of Subjection: Terror, Slavery, and Self-making in Nineteenth Century America (Oxford University Press, 1997) and Lose Your Mother: A Journey Along the Atlantic Slave Route (Farrar, Straus and Giroux, 2008). She has published essays on photography, film, and feminism. She is beginning a new project on photography and ethics. Follow her on Twitter @sojournerlife. 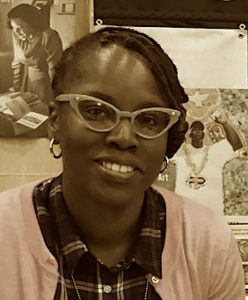 LaShawn Harris is an Associate Professor of History at Michigan State University. She is the author of Sex Workers, Psychics, and Numbers Runners: Black Women in New York City’s Underground Economy (University of Illinois Press, 2016), which won the 2017 Darlene Clark Hine Book Prize from the Organization of American Historians and the 2017 Phillip Taft Book Award from The Labor and Working-Class History Association. Her articles have appeared in the Journal of African American History, Journal of Social History, Journal of Urban History, and Souls. Follow her on Twitter @madameclair08. 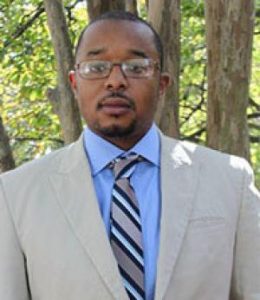 Kwame Holmes is a faculty member at the Bard College Prison Initiative. Holmes earned his PhD in Modern American History from the University of Illinois at Urbana-Champaign. His research engages the intersection of race, sexuality, class identities, and politics within the history of the modern city. His work has been published in Occasion; the Radical History Review; No Tea, No Shade: New Writings in Black Queer Studies (Duke University Press, 2016); and The Routledge History of Queer America (Routledge, 2019). He is at work on his book manuscript, Queer Removal: Liberalism and Displacement in the Nation’s Capital, which narrates how the racial, gender, and sexual diversification of the middle class in the wake of the civil rights, women’s, and gay liberation struggles in the Washington Metropolitan Area, one of the most progressive in the nation, foreclosed the possibility that “Chocolate City” could belong to the city’s working class Black majority by the end of the 20th century. Follow him on Twitter @KwameHolmes. 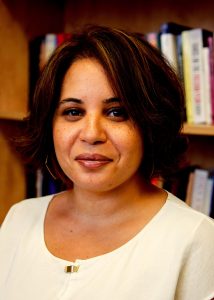 Sarah Haley is Associate Professor of African American Studies and Gender Studies at the University of California, Los Angeles (UCLA). She is also the Associate Director of the Center for the Study of Women. Professor Haley’s research interests are at the intersection of prison studies, nineteenth and twentieth-century African American history, women’s and gender history, labor studies, Black feminism, and feminist theories of violence. She is the author of the award-winning book No Mercy Here: Gender, Punishment, and the Making of Jim Crow Modernity (University of North Carolina Press, 2016). Her new book project explores the role of mundane and ostentatious forms of police violence and harassment executed in Black homes from the 1970s through the 1990s. In it, she analyzes the relationship between Black domesticity, carceral gendering, and carceral state expansion as well as the affective work of life-making that Black women performed in the face of ubiquitous police violence. Follow her on Twitter @sahaley. 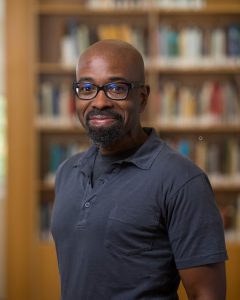 Kevin Quashie is a Professor of English at Brown University and teaches Black cultural and literary studies. His most recent book, The Sovereignty of Quiet: Beyond Resistance in Black Culture (Rutgers University Press, 2012), examines quietness as a metaphor for inner Black life and as a method of expression for Black culture. He is also the author of Black Women, Identity, and Cultural Theory: (Un)Becoming the Subject (Rutgers University Press, 2004) and co-editor of New Bones: Contemporary Black Writers in America (Prentice Hall, 2000). He is currently writing a book on Black aliveness. Black feminist/women’s studies has long been central to Quashie’s thinking about Blackness. He also writes and teaches on Black queer studies and on aesthetics. 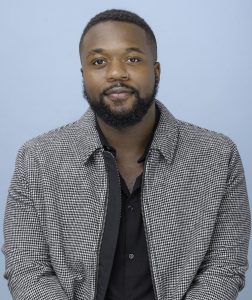 Ahmad Greene-Hayes is a PhD Candidate in the Department of Religion at Princeton University. His research interests include 19th and 20th-century Africana and African American religious histories, Black South Studies, and Black Queer Studies. His dissertation is a religious history of Black transnationalism, African American religions, and migrations between the Circum-Caribbean and New Orleans from 1915-1954. A current Ford Foundation Predoctoral Fellow, he is the past recipient of fellowships and awards from the Mellon Mays Foundation, the Schomburg Center for Research in Black Culture, the Creating Connections Consortium (C3) at Columbia University, and the Political Theology Network. Ahmad is a writer and his public commentary on issues of race, gender, sexuality, Black politics and religion have appeared in The Black Scholar, Ebony, The Root, The Feminist Wire, The Huffington Post, Open Democracy and News One, among many other outlets. Follow him on Twitter @_BrothaG.