loading...
By Guest Poster April 20, 2016 Comments Off on On Michelle Wright’s Physics of Blackness

This is a guest post by Julietta Hua, an Associate Professor in the Department of Women and Gender Studies at San Francisco State University. She has a PhD in Ethnic Studies and is the author of Trafficking Women’s Rights (University of Minnesota Press, 2011), which looks at U.S. Anti-Trafficking law and policy. In addition to publishing on human rights and trafficking, she has also published on chimpanzee sanctuaries and the limits of rights frameworks. With Dr. Kasturi Ray, Dr. Hua has been researching political organizing around intimate labors. She teaches electives on immigration, human rights, law and politics. In this guest post, Dr. Hua offers a review of Michelle Wright’s new book, Physics of Blackness: Beyond the Middle Passage Epistemology (University of Minnesota Press, 2015).

As President Obama finishes out his time in office, Michelle Wright allows us to reflect on the question of whether he was or wasn’t the nation’s “first black president.” President Obama, for people like Donald Trump, has been both too black and not black enough. Trump, in questioning the validity of his birth and citizenship, suggests that on the one hand, President Obama is “not black enough”— his blackness is tied to his father’s African immigrant background. He is not “black” in the US-centric sense. On the other, in questioning his attachment to the United States, Trump characterizes President Obama as suspect, a potential criminal or terrorist threat. In this way President Obama becomes “too black,” he becomes just like the other black men in the United States threatening to undo what is “good” and “true.” 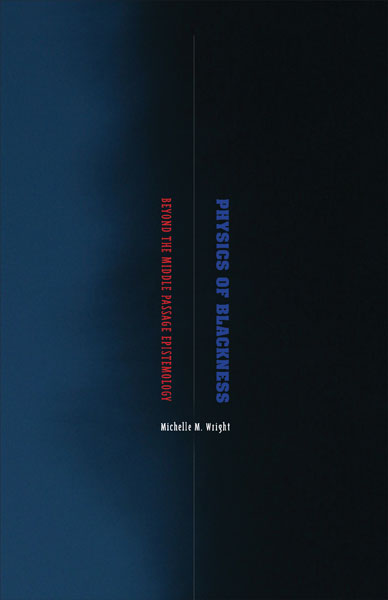 This is the conundrum Michelle Wright explores. Like President Obama (whom Wright very brilliantly discusses), other figures demonstrate the ways we produce race, despite all our intentions otherwise, as a “fixed identity that transcends time and space.” Like President Obama, the Egyptian pharaoh Ramses II provides a telling example.1 On the one hand, various camps, including those invested in Afrocentric reclamations of African civilization, claim Ramses as “black.” Yet as a slave holder and as a figure placed before the invention of race tied to the 18th and 19th centuries, Ramses’ potential to be a “proud black symbol” is cast into doubt. On the one hand, blackness cannot exist outside the political and epistemological projects of European empire-building because race is its invention. On the other hand, what we read and recognize today as the “stereotypical notion of ‘Black’ physiognomy” escapes the confines of this history. We are left with what Wright terms a qualitative collapse: “The interpellation of Ramses is now paradoxical: he is either an oppressive African pharaoh or, as a ‘strong Black man,’ a symbol of resistance to oppression … Blackness is split into ‘authentic’ and ‘inauthentic,’ ‘relevant’ and ‘irrelevant.’ … (‘Ramses, then, is relevant to our discussion of Blackness’ or ‘Ramses, then, is not really Black.’)” (p. 147). To this paradox Wright gives us a way to understand Ramses as both black and not black. 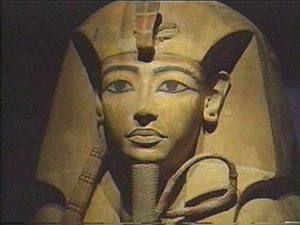 Attentiveness to, and the serious consideration of the idea of “spacetime” (where time is contingent on space) enables Ramses to be both black and not black (or Schroedinger’s cat to be at once both dead and alive), Wright proposes a critique that never loses the weightiness of the inheritances of European colonial empire building, trans-Atlantic slavery and the myriad formations characterizing what we often place as 19th century global formations of the modern condition. Yet, at the same time, her book proposes a methodology that leaves room for something like “blackness” to exist not always already in relation to anti-black racism. Wright proposes a methodology that examines racial categories like blackness not as a “what” but as a “when” and “where.” It is both a construct (phenomenon), even as it is also a moment of interpretation (epiphenomenal). Wright explains, as epiphenomenal, something like blackness as it operates in our “now” “can certainly correlate with other moments, but one cannot argue that it is always already the effect of a specific, previous moment … the epiphenomenal is not in itself causal but nonetheless correlates with causal phenomena … epiphenomenal time does not preclude any and all causality: only a direct, or linear, causality” (p. 4). In this way, we lose none of the importance of the inheritance of blackness (its connection to other “whens”), even while we might un-do the assumption that it is always placed in and producing a progress narrative, whether that is progress from slavery to freedom or a progress from bigotry to multiculturalism or a progress from national to international – all narratives that Wright incisively critiques.

For many years I have been struggling with the fact that a number of figures of global gender violence – namely the FGM (Female Genital Mutilation) victim, the immolating wife, the sex slave – have persisted and endured as figures representing the backwardness of others, despite robust feminist and post-colonial critiques that argue otherwise. These figures persist through time, not allowing (human rights) progress and they collapse into each other, becoming interchangeable in the ways they signify the backwardness of “other” patriarchies. And while I have been able, with the help of feminist and post-colonial scholars, to diagnose the “why” of what Wright so aptly terms the “qualitative collapsing” of these figures, I am left asking how then we contend with such figures in ways that neither reify their problematic construction as backward, nor dismiss them as simply “western” and colonial artifacts. This conundrum, of taking an ethical approach to unpacking a figure like the FGM victim without writing oneself into a closed critique, is one of the most compelling aspects of what Wright offers .

How can we contend with the ever-shifting and never fixed meanings that attach to race, even while situating the processes of meaning making to their particular contexts of production? How do we do this without being too localized – that is, without losing the metalinguistic power of race, as Evelyn Brooks Higginbotham once named it? And how do we do this without also universalizing racial categories and meanings? Or to use Wright’s language, how do we contend with the fact that blackness seems to be a uniform thing, a “common denominator” even while “at the same time Blackness is simply too many things to be anything” (p. 3)? In this age of voting blocs – of “women’s votes” and “black votes” and “Latino votes” – Wright’s work is all the more pressing. She gives us a way to understand how and why this fixing of difference remains politically and epistemologically prevalent.

Racial categories, despite social construction, are taken as temporally fixed. They work by instituting linear progress, where blackness for instance, becomes a fixed category defined through a Middle Passage epistemology moving from slavery to freedom in a linear and progressive fashion. Physics of Blackness gives us a way to understand the transnationality of “blackness” – to understand how our domestic understandings of “blackness” help shape the idea of the global in ways that are not about national comparisons or assuming an international meta-language. She also offers a way to consider “blackness” in ways that disrupt, and never assume, a linear progress narrative so that “black” or “Asian” or “Latino” is never about locating origins in Africa, Asia, Latin America or the even United States. 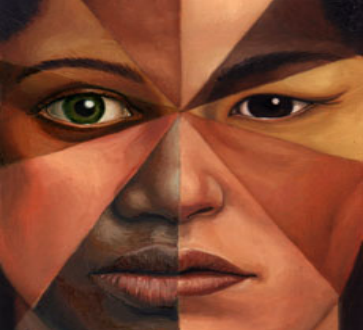 As an Ethnic Studies scholar who works mainly with transnational feminist and human rights literatures, Wright’s Physics of Blackness articulates a way to link my interest in what we might call the domestic discourse of race with transnational analyses of difference. That is, her book gives us a way to understand the transnationality of “blackness” – to understand how our domestic understandings of “blackness” help shape the idea of the global in ways that are not about national comparisons or assuming an international meta-language. She also offers a way to consider “blackness” in ways that disrupt, and never assume, a linear progress narrative so that “black” or “Asian” or “Latino” is never about locating origins in Africa, Asia, Latin America or the even United States.

Wright’s investment in blackness is not about arguing for a prior or originary claim, nor is it about going back to move forward. Rather, it is about seeing the “now” as an open-ended moment of possibility, where all outcomes are possible. The “now” for Wright is not the same as the present, and it is not disconnected from what happens in “elsewheres” and “whens.” Rather, it is the connection of different “whens” and “wheres” that is not necessarily linear or causal. As feminist physicist Karen Barad notes, “this and that, here and how, don’t preexist what happens but come alive with each meeting. The world and its possibilities for becoming are remade with each moment”2. This is what Wright offers us in terms of race; she opens up the possibility that something so embodied might be both fixed and ever changing all the time, all at once. This leaves the reader with a new horizon of possibility in terms of theorizing race, gender and sexuality.