loading...
By Darius J. Young October 9, 2018 Comments Off on Lynching and the Rise of Black Activism in Memphis

“All the savor had gone out of life. For the moment only a sense of ashes in the mouth remained,” recalled the great Blues musician W.C. Handy as he described the scene of Black Memphians staring at the charred, decapitated skull of a Black woodchopper lying in the middle of Beale Street. “All the brutal, savage acts I had seen wreaked against unfortunate human beings came back to torment me.” Shortly after witnessing this horrific scene, Handy left Memphis and moved to New York City where he continued his recording career.

It had been approximately a half of a century since the infamous 1866 Memphis riot that left forty-six African Americans dead and dozens of others injured. A little over thirty-five years had passed since the last lynching in the city which claimed the lives of Thomas Moss, Calvin McDowell, and Henry Stewart, and subsequently launched the career of the era’s most important voice against vigilante violence, Ida B. Wells-Barnett. While the city had a reputation for crime and lawlessness, there had not been any acts of racial violence that came close to the magnitude of those two events.  In fact, during the first two decades of the twentieth century the “Bluff City” seemed to be a place where Black people from the Mississippi Delta could seek refuge from the notoriously volatile race relations that consumed its neighboring rural communities.  There was a thriving Black middle-class and business district, the sound of the Blues blared throughout the city, and Black people still had a strong political voice, as demonstrated by the over 10,000 Black men who voted during the 1916 elections.  While the social, economic, and political gains that Black people made at the turn of the century prompted more Blacks to migrate to Memphis, it also created an extremely tense racial environment as whites sought opportunities to keep Black Memphians “in their place”.  The 1917 lynching of Ell Persons is a story of two unthinkable murders, a corrupt political and legal system, community-sanctioned violence, and Black resistance.

On May 3, 1917, the Memphis Commercial Appeal and Press-Scimitar reported the murder of a sixteen-year-old white school girl named Antoinette Rappel who had been brutally raped, murdered, and decapitated on her way to school a few days earlier. As both newspapers discussed the gruesome details of the murder scene, they also openly speculated that the crime had been committed by Black men. Upon learning of her daughter’s murder, the girl’s teary-eyed, grief-stricken mother told newspaper reporters, “I am praying that they will catch him, whoever he is…But I want them to get the right one though, for I don’t want to see an innocent person suffer for something they did not do.” Despite this plea, the Press Scimitar ignored the mother’s request for an honest investigation and took the position that, “Every indication tends to fasten the crime to a negro wood cutter, or more likely two of them.”1 The Commercial Appeal sounded a dog-whistle to the white community when they reported that “a large number of Negroes worked as wood cutters in the area.”2 These comments resonated with white Memphians and consumed their imaginations.

The chain of events that followed seemed to be out of a Hollywood script. After evaluating the evidence at the murder scene, investigators concluded that “It’s practically a certainty…that this terrible crime has been committed by a white man,” and more than likely someone she knew.3 Despite this claim, Shelby County Sherriff Mike Tate proceeded to interview several Black woodchoppers who he randomly selected, one of whom was a Black woodchopper named Dewitt Ford who claimed he stood behind a tree and witnessed the entire murder. Although deaf and struggled to communicate effectively with the officers, Ford somehow reenacted the entire attack through an elaborate performance that involved a series of “grimaces and gestures.” A few days later Tate questioned a woodchopper named Ell Persons. Tate interviewed him twice, but did not have the evidence to place him under arrest. By this time the white community had grown frustrated with Tate, and a white mob literally chased him out of town. After he returned home, Tate decided to take the advice of a New York criminologist and directed one of his officers to take a photograph of Rappel’s eye. The right eye had decomposed, but in her left eye the officer claimed that the photograph revealed the forehead and hair of Ell Persons. This is based on the bizarre theory of French scientist Alphonse Bertillion who argued that a person’s retina had the ability to retain the image of their killer.  This sealed the fate of Persons.4 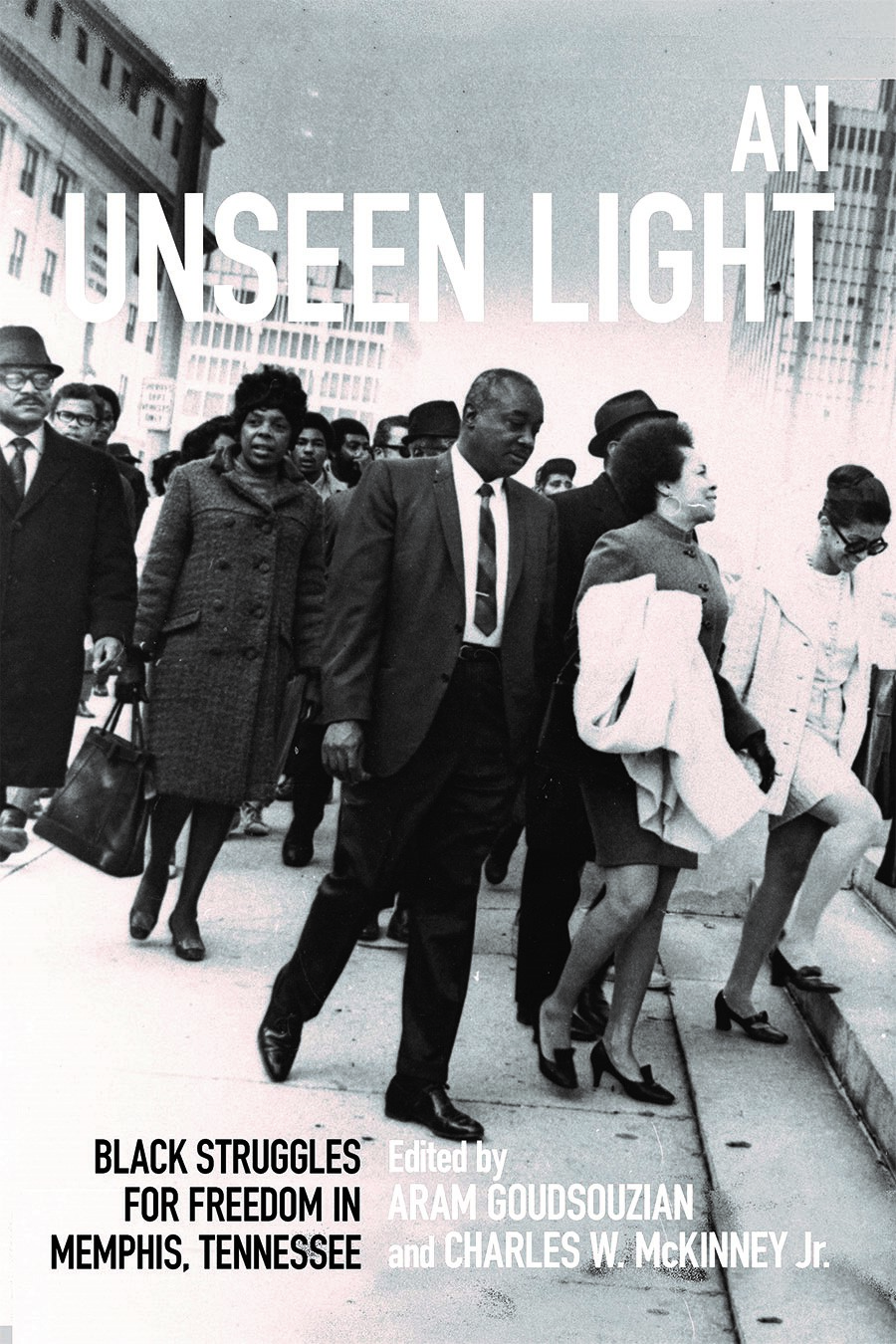 On May 8, a grand jury indicted Persons and the Memphis police immediately transported him to Nashville for his own protection as he awaited trial. Almost two weeks later, on May 21, two police officers drove him back to Memphis for a scheduled court date when a lynch mob intercepted him. As they began to make plans for the lynching ritual, someone leaked the details to the newspapers. The next morning the Commercial Appeal advertised the lynching: “Mob Captures Slayer of the Rappel Girl: Ell Persons to Be Lynched Near Scene of Murder, May Resort to Burning.” Over 10,000 men, women, and children arrived at the Wolf River Bridge that morning. The lynching resembled more of a festival than a murder scene. Citizens acted as police officers and directed traffic, vendors sold peanuts, cotton candy, and ice cream, and anxious onlookers sang songs throughout the day.  After torturing Persons throughout the night, the mob leaders led him to a makeshift stage and forced him to confess to the murder. The victim’s mother, who wanted them to find the “right one,” was convinced Persons committed the crime and yelled, “I want him to suffer 10,000 times more than my little girl. Burn Him! Burn Him!”5 A few men then flung a noose that was tied to a 30-foot tree around Persons’ neck, lifted him over a pit filled with gasoline soaked tree branches, and lowered him into the pyre. They proceeded to burn him alive. As the air filled with the fragrance of burning flesh, the mob sang Confederate songs “John Brown’s Body” and “My Old Kentucky Home.” Finally, after the fired died, the crowd rushed towards the body to grab souvenirs. They cut off his ears, nose, lips, and fingers. The final blow came when a member of the mob grabbed an ax and decapitated Persons in the same manner as Rappel. The ritual ended with vigilantes parading around town, waving his head out of a car window, and throwing it on Beale Street – the epicenter of Black business and culture.

Historian Gerald Capers wrote, “Memphis presented a strange paradox, a city modern in physical aspect but rural in background, rural in prejudice, and rural in habit.” Memphis appeared as a progressive city relative to its neighboring communities in rural Tennessee and the Delta. However, white Memphians “remained resistant to change and brought their own system of values and beliefs” as they too migrated to the city. Religion played an important role in understanding race relations in Memphis. Their brand of evangelical Protestantism called for many whites to “reject certain characteristics associated with urban life, viewing them as a threat to their southern traditions.” They became consumed with the concept of “right to vengeance” and considered it “their sacred duty to protect women and children from the moral and racial corruption of urban America.” Scholars have chronicled the relationship between interracial sex and race violence, but more work needs to traces the correlation between politics and lynching. White southerners “conceptualized the threat of black enfranchisement and autonomy as, above all, a dire moral threat to white purity, literally a physical assault on white homes and white women,” wrote historian Amy Wood. Black political leader Robert Church Jr. mobilized the vote the year prior, and garnered national attention as his faction was recognized as the “regular Republicans” in the county. This created a tense racial atmosphere. The Rappel murder served as a call to action for white southerners who held deep anxieties about the new wave of Black political participation, and the ever changing demographics in the city.

In the wake of Persons’ lynching, Black Memphians responded in various ways. Church helped establish a NAACP charter which featured his mother Anna, his wife Sallie, and his sister Annette – the only three women to sign the charter. A military recruiter visited the city days after the lynching where he expected over 8,000 Black men to enlist in the Army to fight in World War I, however, only 3,000 showed. A few thousand Black men and women packed the Church Auditorium on Beale Street for the first meeting of Church’s organization, the Lincoln League. Church told the crowd, “I would be untrue to you and myself as your elected leader if I should remain silent against shame and crime of lawlessness of any character, and I could not if I would hold my peace against either the lynching or burning of a human being.” Others had grown tired of the fight and decided to respond by leaving the city. The week of the lynching an estimated 1,500 – 2,000 Black Memphians boarded trains headed to Chicago.

The Persons’ lynching transformed Black activism in the city. Persons’ death, like so many other unintended martyrs during the Black freedom struggle, forced many Black Memphians to work passionately in their pursuit of equality. Persons did not die in vain.  His death called for the Black community to mobilize in defense of itself and played an integral role in compelling America to come to terms with its own conscience.

Darius J. Young is as an Associate Professor of History at Florida A&M University (FAMU). His research focuses on Black political movements during the twentieth century. He is the author of 'Robert R. Church Jr. and the African American Political Struggle,' which is scheduled to be published in March 2019 by the University Press of Florida. He is currently writing a book on Black power activist Albert Cleage Jr. and his contribution to the Black political movements in Detroit, Michigan. Follow him on Twitter @dariusjyoung.