loading...
By J. T. Roane May 3, 2019 Comments Off on Jim Crow North: A New Book about Segregation and Struggle outside the South

This post is part of our blog series that announces the publication of selected new books in African American History and African Diaspora Studies. The Strange Careers of the Jim Crow North: Segregation and the Struggle outside of the South was recently published by New York University Press.

Jeanne Theoharis is Distinguished Professor of Political Science at Brooklyn College of City University of New York and the author or co-author of nine books and numerous articles on the civil rights and Black Power movements, the politics of race and education, social welfare and civil rights in post-9/11 America. Her widely-acclaimed biography The Rebellious Life of Mrs. Rosa Parks won a 2014 NAACP Image Award and the Letitia Woods Brown Award from the Association of Black Women Historians; it appeared on the New York Times bestseller list and was named one of the 25 Best Academic Titles of 2013 by Choice.  Her book A More Beautiful and Terrible History: The Uses and Misuses of Civil Rights History won the 2018 Brooklyn Public Library Literary Prize in Nonfiction. Follow her on twitter @JeanneTheoharis. 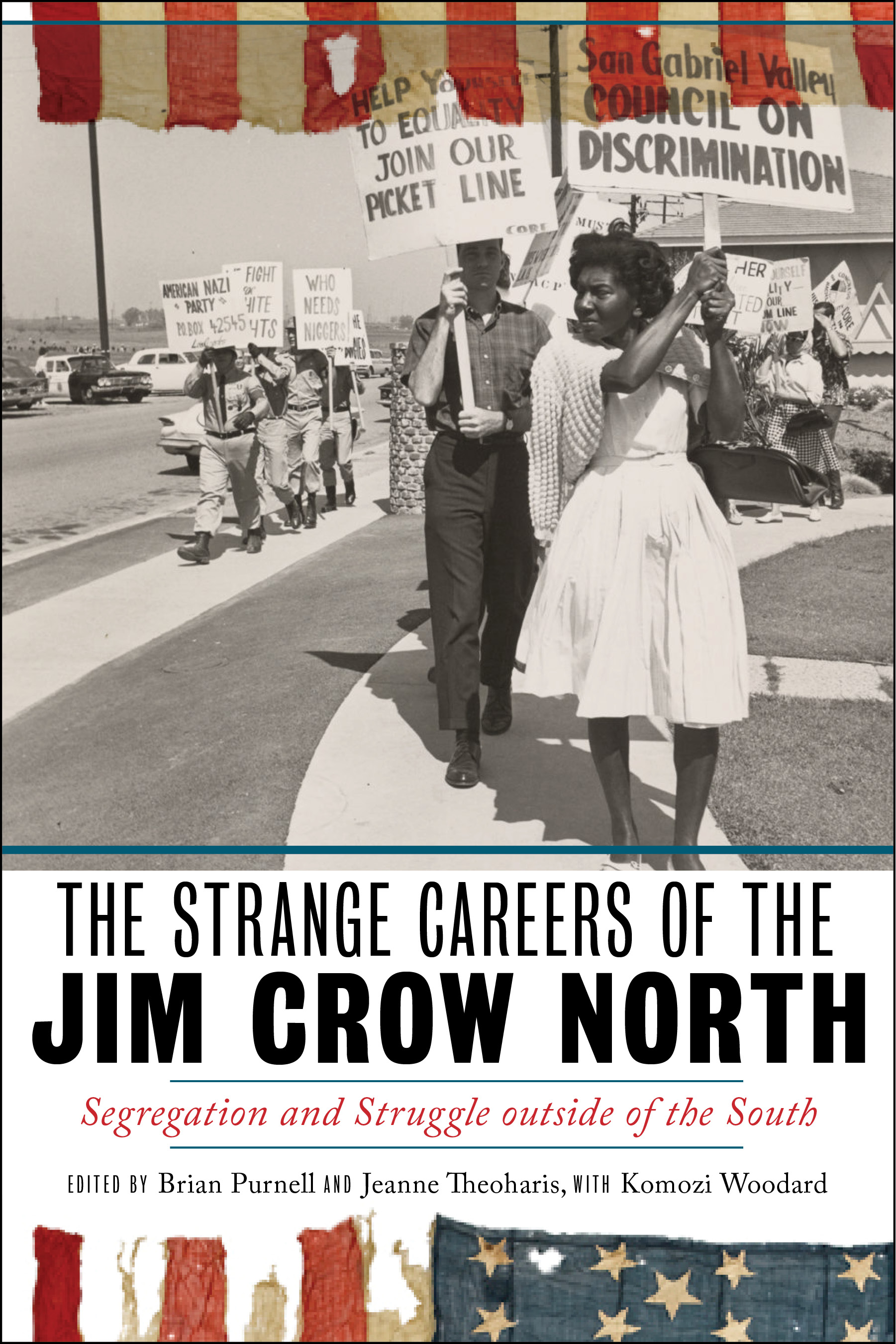 Jim Crow was not a regional sickness, it was a national cancer. Even at the high point of twentieth century liberalism in the North, Jim Crow racism hid in plain sight. Perpetuated by colorblind arguments about “cultures of poverty,” policies focused more on Black criminality than Black equality. Procedures that diverted resources in education, housing, and jobs away from poor Black people turned ghettos and prisons into social pandemics. Americans in the North made this history. They tried to unmake it, too.

Liberalism, rather than lighting the way to vanquish the darkness of the Jim Crow North gave racism new and complex places to hide. The twelve original essays in this anthology unveil Jim Crow’s many strange careers in the North. They accomplish two goals: first, they show how the Jim Crow North worked as a system to maintain social, economic, and political inequality in the nation’s most liberal places; and second, they chronicle how activists worked to undo the legal, economic, and social inequities born of Northern Jim Crow policies, practices, and ideas.

The book ultimately dispels the myth that the South was the birthplace of American racism, and presents a compelling argument that American racism actually originated in the North.

This sharp, clear-eyed, passionately argued collection explodes, indeed demolishes, any lingering misconceptions that structural racism and discrimination began or was even most fully realized in the South. The editors and contributors to this collection argue — importantly and provocatively — that “the North led the nation in systematized racial injustice.” A must read for all students, teachers and scholars of American race relations.”-Annelise Orleck, author of We Are All Fast Food Workers Now

Roane: What type of impact do you hope your work has on the existing literature on this subject? Where do you think the field is headed and why?

Brian Purnell and Jeanne Theoharis: Jim Crow’s history affected every region, shaping political and social power and economic relations across the US. The history of Jim Crow does not begin in the South after the Civil War. It starts decades earlier in the North. We hope this book inspires historians to conduct more research on segregation and struggle in the North.  And we hope scholars and students will grow more comfortable naming northern segregation and inequality for what it was: a Jim Crow system maintained by law, policy, policing, and everyday customs.

The North did not explain Jim Crow with the same justifications the South used. In fact, when charged with racism, northerners often defended that their society “was not the South.”  They explained that racial inequality coexisted with liberalism because Black and Latino people possessed poor values, retrograde culture, backward beliefs, and destructive behaviors. At the same time, northerners used law, policy, political pressure, and violence to produce and perpetuate racial segregation in schools, housing, city services, and policing practices.

We hope these essays contribute to the still-needed field of “Freedom North Studies,” which uncovers histories of the long Black freedom movement in the Northeast, Midwest and West.  Led by new studies of Black women’s leadership, of Black radicalism, and of how racism under-developed twentieth century metropolises, the Jim Crow North will, in a generation’s time, become a standard way to think about the ideological slipperiness and longevity of racism in American life. Far too few Americans — even some of our most trenchant intellectuals on contemporary racism — recognize the longstanding, multifaceted struggles against the Jim Crow North that Black people waged across the twentieth century. We ignore their history at our own political peril.

The authors gathered here ask us to see the role of liberalism not just as a force against Southern Jim Crow, but one that maintained and justified Northern Jim Crow.  They re-examine the role of the media in the Civil Rights Movement, revealing the many barriers put up to movements outside the South.  They ask us to look again at uprisings, the history of community organizing that predated them, and white attitudes that followed in the wake of urban violence. They remind us how segregated Northern secondary and higher education were, and what we miss in literature and culture of Jim Crow if we only focus on the South.  They show Black people taking many different approaches – liberal, moderate, and radical – to dismantle the Jim Crow North. And they remind us that of the roles police, prosecutors, employers, home owners, school administrators, city officials and judges have played in maintaining the racial injustice in the North.

Like C. Vann Woodward’s major contribution to national understandings of southern Jim Crow, we need to see how the Jim Crow North evolved over time through policies, ideas, and actions. Armed with this history, we can plan new ways to attack Jim Crow in America, and eliminate its power from our civic and cultural life today.