loading...
By Rhon Manigault-Bryant October 19, 2015 Comments Off on ‘It’s Still All Good’: Black Women’s Race Politics and the Limits of Black Exceptionalism 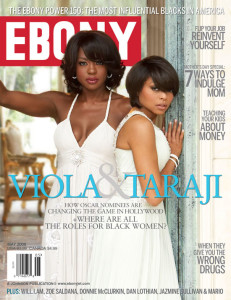 Image courtesy of The Ebony Archives[1]

I was watching the 67th prime time Emmy Awards live when they aired on September 20, 2015. I sat with my mouth agape while Viola Davis delivered her impassioned speech. As she accepted the award for Lead Actress in a Drama Series for her role as Annalise Keating, the brilliant, sexy, complicated, and fierce attorney in ABC’s How to Get Away with Murder, I was silenced by the vivid imagery her description evoked, of the “invisible” line that prevents women of color from sustaining their craft within the televisual arts. I was also stunned by the literal historic nature of her victory. In 2015, Viola Davis became the first black woman to win an Emmy for Lead Actress.

I certainly was not surprised by what she said. After all, if anyone has been listening to anything Viola Davis has been saying for the past several years on The Tavis Smiley Show in 2012,[3] in a poignant discussion about The Help (2011); on the Oprah’s Next Chapter special feature on “African American Women in Hollywood” (2013)[4]; et cetera, et cetera, then they knew what was coming. Viola Davis has been speaking forthrightly for quite some time about the double bind of poor quantity and quality of roles for women of color—and especially black women—in Hollywood. Her acceptance speech was thus a variation on a theme:

In my mind, I see a line, and over that line I see green fields, and lovely flowers,

and beautiful white women with their arms stretched out to me over that line,

That was Harriet Tubman in the 1800s.

And let me tell you something, the only thing that separates women of color from anyone else,

Naturally, there has been some “controversy” regarding Davis’s acceptance speech, which is ironic when considering that Davis’s speech, as far as I could tell, was no less “impassioned” than Patricia Arquette’s call for gender wage equality in Hollywood at the 2015 Academy Awards in February. The “controversy” of Davis’s calling out derives from the fact that the stakes—as they often are for black women who navigate public, popular terrains—were different.

Even as Arquette could be seen as calling for the equal wage rights for all women in Hollywood (though there is considerable argument about how Arquette’s version of wage equality excluded women of color), there was no way that Davis’s calling out of racism in Hollywood would be interpreted by the vast majority of people as somehow a necessary and timely message for everyone. This treatment of Davis, her win, and her words as somehow exceptional unsettled me. It is not to say that Davis’s win was not historic. As the first black woman to win in that category, she made history. Davis’s acting excellence has come from the refining of over twenty years of experience. Davis is extremely talented and skilled. But Davis is not exceptional.

Davis herself points to the problems of the so-called “black female exceptionalism” model in the statement, “the only thing separating women of color from anyone else is opportunity.” Davis acknowledges that there has been a long list of women—black women—who have all certainly been qualified to win, even as they have not always won. Not to put too fine a point on it, but black women have been putting on stellar screen performances for quite a while, which anyone who regularly watches television and film that feature black folks know well. The Establishment is, however, only now coming to terms with a more publicized acknowledgment of that excellence. Put another way, more popular, public, “mainstream” audiences (à la white audiences) are seeing Davis, and interpreting her performance as something that no one else can do. Davis’s receipt of this award supposedly affirms her exceptionalism.

This leads us to think more deeply about black excellence in relation to black exceptionalism. In her essay “Designing an Inclusive Curriculum: Bringing All Women into the Core,”[5] Elizabeth Higginbotham suggests that the only way of creating an inclusive curriculum is to move beyond a universal model of gender that is created by treating women of color as “additive” or “exceptional” in relation to more “normative” representations of gender (à la white women). Even as Higginbotham was speaking about academic curricula (which is, like Hollywood, arguably it’s own kind of exceptional location), her advice holds true in this moment.

It is a much more interesting conversation, I think, to consider the ways that black women like Viola Davis, Taraji P. Henson (and Uzo Aduba, Lupita Nyongo, Kery Washington, Garbielle Union, Regina King, et cetera) are much more the norm—the every day—than the exception. What then might our understanding of what is and can be represented on television look like if the perspective of “black publics” became synonymous with “viewing publics”? What if there was a more continuous drawing upon of black women’s ongoing and “regular” experiences—which certainly warrant as much screen time as we can stand—instead of treating black women’s roles, storylines, and narratives as somehow the antithesis of “normal”? This is not to say that we should not celebrate black history making and excellence. This is to say that we might be less surprised by these moments of popular recognition because they would become so commonplace that we might actually come to expect them.

And, if we are at all historically minded, we must note that Davis’s win and speech harken to another expression of black women’s everyday experiences—that of solidarity with other women. In 2009, Viola Davis and Taraji P. Henson were both nominated for Academy Awards, yes, Oscars, for their respective roles in Doubt (2008) and The Curious Case of Benjamin Button (2008) in the category of Best Actress in a Supporting Role. The May 2009 issue of Ebony noted an exchange that occurred between the two of them:

At the 81st annual Oscar ceremony, the two found themselves waiting to win the same award for best supporting actress.

While the audience applauded for winner Penelope Cruz, they both shared in a symbolic moment that still remains dear.

“We looked right at each other, we connected,” says Henson.

“We had to have that moment, just for each other, to let each other know,

In that moment–that look and that exchange–key aspects of black women’s everyday solidarity were captured. The mutual support, the hope, the unspoken agreement, the recognition of being seen and understood, not for exceptionalism, but simply for being who one is, and for being excellent. The 2015 Emmy’s presented the continuation of solidarity between black women who have fought and continue to fight for each other and to see themselves and the women they know represented in more accurate ways.

After the award was announced, Viola Davis ran over and hugged Henson, who stood, clapped enthusiastically, and nodded in full awareness of the historic moment throughout Davis’s speech. Actress Kerry Washington shed tears of joy in the moment. Their recognition and solidarity in a venue that was virtually all white is a reminder that the everyday experiences of black women matter, and should matter, and not just to black women.

[6] Adrienne Samuels Gibbs, “Viola & Taraji: How Oscar Nominees are Changing the Game in Hollywood,” Ebony May 2009.