The editing team of Black Perspectives wishes you all a very happy new year! Thank you for supporting us in 2018! We had a wonderful year, featuring some of the most innovative and cutting-edge research in Black Studies. We extend our sincere thanks to the talented writers who contributed excellent pieces to the blog; participated in our forums and roundtables; and reviewed books for us. As we enter a new year, we look forward to expanding the content of the blog, highlighting a wide array of fields; methods; and methodologies. 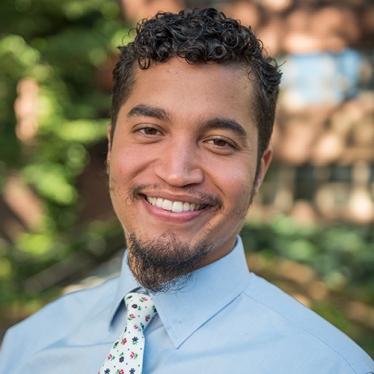 The new year also brings a few changes to the blog’s editing team. After serving as Associate blog editor for the past year, J.T. Roane recently began his term as a new senior editor of the blog. Roane is assistant professor of Women’s, Gender, and Sexuality Studies at the University of Cincinnati. He is also part of the University’s urban futures initiative. Roane completed a PhD in History from Columbia University. He is broadly concerned about matters of geography, sexuality, and religion in relation to Black communities. He is at work on a manuscript, Dark Agoras: Insurgent Black Social Life and the Politics of Place in Philadelphia, which historicizes multiple modes of insurgent spatial assemblage Black communities articulated in Philadelphia in the second half of the twentieth. Follow him on Twitter @JTRoane.

We’re also excited to announce the addition of two new Associate editors: Sasha Turner and Guy Emerson Mount. Turner is Associate Professor of History at Quinnipiac University where she teaches courses on the Caribbean and the African Diaspora, women, piracy, colonialism, and slavery. She is the author of Contested Bodies: Pregnancy, Childrearing, and Slavery in Jamaica, which examines the struggles for control over biological reproduction and how central childbearing was to the organization of plantation work, the care of slaves, and the development of their culture. She completed a PhD at Cambridge University. Her research on gender, race, and the body, and women, children, and emotions has been published in the Journal of Women’s History, Slavery and Abolition, and Caribbean Studies and has been supported by Rutgers University Race, Ethnicity, and Gender Studies Fellowship, Washington University in St. Louis African and African American Studies Fellowship, and the Richards Civil War Era Center and Africana Research Center Fellowship at the Pennsylvania State University. She is currently conducting research on her new book project, tentatively titled, Slavery, Emotions, and Gendered Power as a Fellow at Yale University’s Gilder Lehrman Center for the Study of Slavery, Resistance, and Abolition. Follow her on Twitter @drsashaturner.

Guy Emerson Mount is an Assistant Professor of African American History at Auburn University. His work focuses on Black transnationalism, American empire, and the legacies of slavery. Previously he has conducted research on Black sexual politics, masculinity, interracial marriage, mixed race identities, Black religion, and Black radical politics.  He has taught courses in African American history, reparations, American history, hip hop, world history, and colonialism. His current book manuscript “From Slavery to Empire: Colonization and Reconstruction in the Black Pacific” traces the complex movements of everyday Black workers as they encountered fellow colonized peoples in Hawai’i and the Philippines during the expansion of American empire abroad. While earning his PhD at the University of Chicago, Professor Mount also co-founded the Reparations at UChicago Working Group that uncovered the university’s historical ties to slavery while organizing for reparations with community organizations on the South Side of Chicago. His next book project, inspired by this work, is a transnational history of reparations that explores the new global praxis of “transformative justice” in light of the historical development of the international Left. In the Fall of 2019 he will begin teaching #AuburnWorldHistoryBehindBars, an open-source classroom collaboration with incarcerated peoples inside the Staton Correctional Facility participating in the Alabama Prison Arts + Education Program. He has been writing for Black Perspectives since 2015. Follow him on Twitter @GuyEmersonMount. 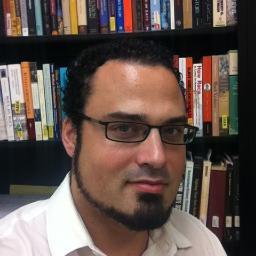 We extend a warm welcome to Tyler D. Parry who has agreed to serve as our new book review editor. Parry is Associate Professor of African American Studies at California State University, Fullerton. Trained as a historian, he received his BA in 2008 from the University of Nevada Las Vegas and his Ph.D. in 2014 from the University of South Carolina. He also co-edits H-Afro-Am, a premier venue that digitally links scholars who study the African American experience, and serves on the Editorial Review Board for the Journal of Colorism Studies. Parry’s research examines slavery in the Americas and the African diaspora. His writings are published in the Journal of Southern History, American Studies, Journal of Global Slavery, History Today, Griot’s Republic, Jacobin.com, Black Perspectives, and various edited collections. He is currently revising his book manuscript Bound in Bondage: Slave Matrimony in the African Diaspora, which analyzes how the marital practices of diasporic Africans and their American-born descendants were transmitted, reimagined, and politicized due to the process of forced migration and the legal dilemmas of slave marriage in the West Indies and the US South. Concurrently, he is co-authoring a book with Charlton Yingling of the University of Louisville tentatively titled (White) Man’s Best Friend: Slave Hounds and Power in the Americas, which examines the transatlantic use of canines to attack and subordinate black bodies during the seventeenth, eighteenth, and nineteenth centuries. Follow him on Twitter @ProfTDParry.

We’re excited to announce the addition of five new interns for the spring 2019 semester. These talented young scholars will serve in various capacities as editorial assistants for the blog. During the course of the semester, they will also contribute pieces related to their own research interests. 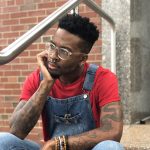 Biko Caruthers is a photographer and Afro-American Studies PhD Student at the University of Massachusetts Amherst. He has a degree in Social Studies Education and a MA in History from the University of Central Oklahoma. Before entering his current doctoral program, he taught Black History and US History at the High School level in Oklahoma City. His research interests include African diasporic literature, Black queer studies, Afro-Surrealism, and Afro-Pessimism. Follow him on Twitter @BikoRising. 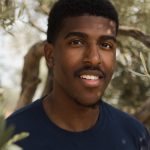 Ajamu Amiri Dillahunt is a senior at North Carolina Central University. He is majoring in History and Political Science. He is a member of Black Workers for Justice (BWFJ) and the Black Youth Project 100 (BYP100). He is also a former intern with the SNCC Digital Gateway Project at Duke University. Follow him on Twitter @adillahunt_. 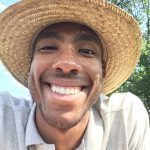 Skyler D. Gordon is a first year PhD student in the Departments of History and African American Studies at Princeton University. He studies the connections between African Americans and post-1945 US military empire, specifically black Americans’ involvement in and responses to US foreign wars, military interventions and occupations, and the military industrial complex. He is currently researching African American responses to the Grenada Revolution and the 1983 US-led invasion of Grenada. Gordon received a Bachelor’s degree in History and Classics from Vanderbilt University in 2016. Follow him on Twitter at @skydangor. 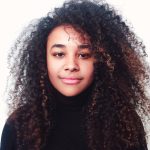 Le’ah Kaplan is a PhD student at Northwestern University. She holds an M.A. in Philosophy and Art from Stony Brook University. Her interests include Caribbean Philosophy, Phenomenology of Race, Black Critical Theory, Black Ontology, Derrida, and Psychoanalysis. Her work lies at the intersection between Black Studies and Philosophy. General themes in her work are colonialism, disaster capitalism, and its afterlives. Follow her on Twitter @kaplanleah. 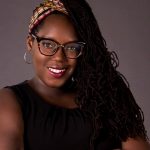 Brittney Miles is a PhD student in Sociology at the University of Cincinnati, where she is an Albert C. Yates fellow. Her research interests center Black girlhood, specifically in the areas of sexuality, disability, and embodiment. She holds a MEd in Social and Cultural Foundations in Education from DePaul University. Her current project explores Black girls’ embodied responses to school discipline as it relates to sass, fashion, and silence as resistance. Follow her on Twitter at @BlkSchlr_BMiles.