Last month I wrote about a protest held by Toronto’s Black Lives Matter movement and the emergence of the Black Canadian Lives syllabus/hashtag as a popularly-created source of intellectual tools for the struggle against Canadian white supremacy. I argued that Black activists in Canada have historically found inspiration in the rhetoric and strategies deployed by the African-American freedom struggle, but have made those ideas relevant to the particular nature of Canada’s anti-racist struggles.

While analysis of Canadian Black radicalism’s relationship to its African-American counterpart delivers valuable historical lessons, specific historical dynamics shaped anti-racist activism in Canada, including but not limited to such factors as Canadian immigration policies and a shared Commonwealth history and identity between Canada and the Anglophone Caribbean.

In 1963, Barbadian-Canadian author Austin Clarke wrote an essay in which he announced that he would not be taking Canadian citizenship because of Canada’s widely-denied structural racism. Clarke’s essay, “A Black Man Talks about Race Prejudice in White Canada,” examines a key issue in 1960s Black Canadian activism–an immigration policy known as the “Domestic Scheme,”which largely limited West Indian migration to Canada to women willing to work as domestic laborers. By limiting entrance to Canada to low-wage female workers, the Domestic Scheme reveals the gendered and imperialistic dimensions of Canadian immigration policy in the 1960s.

Until 1953, official justification for policies limiting West Indian immigration to Canada included the racist notion that West Indians could not withstand Canada’s harsh winters. Even after Canada stopped justifying exclusionary policies with racialist pseudoscience, Canada’s Minister of Immigration asserted that Canada would continue to limit non-white entry.1 In 1955, responding to West Indian pressure to do more to open its doors to Caribbean people, Canada introduced a plan known as the Domestic Scheme, which allowed women from the Commonwealth Caribbean to settle in Canada on the condition that they worked as domestic laborers for one year, after which they could take up employment of their choosing and send for family members. Some 3000 West Indian women came to Canada under the Domestic Scheme, half of them to Montreal, which sparked the expansion of the city’s vibrant Black population.2 Caribbean officials, eager to make their region look good, selected mainly educated women for the scheme; according to one study, only 12% of women who came to Montreal under the plan had ever worked as domestics.3

The Domestic Scheme made it easier for some West Indians to come to Canada, but it was less a reflection of policy liberalization than it was a window on how racism, patriarchy, and economic exploitation defined relationships between Canada and the West Indies.4 The gendered dynamics of the Domestic Scheme made it a critical site for public debate about the issues facing Black women in Canada the 1960s. Winifred Gaskin, a longtime feminist activist and a founding member of Guyana’s People’s National Congress claimed that women who took advantage of the scheme reported suffering from loneliness because they had few opportunities outside work to interact with Canadians.5 Barbara Jones, a Jamaican-born geneticist, poet, and performer living in Montreal, noted that while many Black women in Montreal had a college degree, they had to live with people assuming they were domestics because of the color of their skin.6 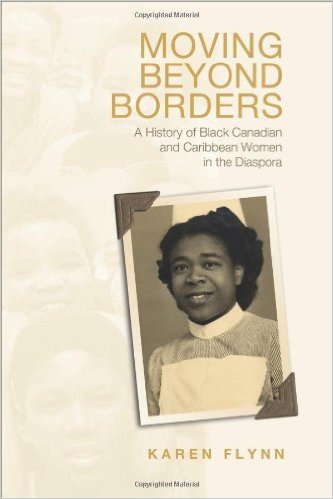 The social stigma attached to domestic work had negative effects on the women who participated in the scheme. As Karen Flynn points out in Moving Beyond Borders: A History of Black Canadian and Caribbean Women in the Diaspora, West Indian domestic workers in Toronto not only faced exclusion from white Canadian society; the low status associated with domestic work meant they also had to contend with isolation from other West Indians, living as “‘outsiders’ among the ‘outsiders.’”

Austin Clarke addressed the Scheme in both his fiction and non-fiction writing. In his 1964 essay, Clarke attacked the plan for forcing West Indian women to submit to the “undignified classification of domestics” regardless of their skills and for putting massive barriers in the way of West Indian men like him who had been admitted to Canada temporarily as students and had to marry Canadian women to gain landed immigrant status instead of being admitted on their own merits.7 In the 1964 short story “Waiting for the Postman to Knock,” Clarke addressed the poverty and isolation that defined life for women who migrated to Canada via the Scheme. Enid, a Barbadian woman living in Canada describes her hardships: unpaid bills, loneliness, relatives back home requesting she send money she does not have. She concludes that “in Canada, a woman does everything for herself; and if she can’t, she lies and waits until God sends someone.8

By the early 1960s, immigration policies that specifically excluded people on racial grounds were no longer compatible with Canada’s desired international image and Canada began to open its doors to non-whites. In 1962, as Britain limited immigration from the Commonwealth, Canada set out to deracialize its immigration policy, creating a points-based system that made admission contingent on education and work skills. The prospect of increased migration from the West Indies fueled Canadian anxiety about racial unrest. Canadians looked warily to increasing racial disturbances in the United States and Great Britain, and some observers warned that if Canada’s racial climate did not improve, local versions of Watts, Detroit, Newark, or Notting Hill might unfold. Some voices noted that it was only the relatively small size of Canada’s Black population that kept such a thing from happening; increased immigration from the West Indies could be seen as potentially opening the door to social unrest. In 1966, the Montreal Star warned readers that increased immigration of West Indians might create “a color problem … similar to that in Britain, which has allowed large-scale immigration of coloured people.”9

Critics argued that the new policy was as racist in practice as the one it replaced because of the high barriers it put in front of the large numbers of unskilled West Indians who would most benefit from a move to Canada; furthermore, it was detrimental to newly-independent West Indian nations because it created incentives for skilled people to leave while doing nothing to provide an outlet for the chronically unemployed.

One group of West Indian activists in Montreal wrote a policy paper arguing that “a serious social problem could arise” in the West Indies if nothing was done to provide an outlet for growing numbers of unemployed. It also accused Canadian officials of approving the entry of unskilled Europeans while denying entry to West Indians, concluding that “a deliberate bias exists toward admitting more White Skinned Europeans to Canada, skilled or unskilled, and keeping Black Skinned people out, admitting only the very skilled.”10 West Indian leaders echoed these criticisms of Canadian immigration policy; Trinidadian Prime Minister Eric Williams called the obstacles faced by prospective West Indian migrants a manifestation of Canadian hypocrisy, arguing that Canada had historically benefited from Caribbean plantation slavery but wanted nothing to do with free West Indians.11

Critiques of the Domestic Scheme and subsequent Canadian immigration policy reveal key dynamics in the history of activism against white supremacy in Canada. Of particular importance is the extent to which those critiques were international in character and focused on the effects of Canadian policy not only in Canada, but overseas as well. Black people living in Canada and West Indian political leaders took Canada to task not only for maintaining unfair immigration policies, but for the effects those policies had on the West Indians, largely women, who made it to Canada.

Moreover, West Indians, who expected Canada, as a major Commonwealth partner, to facilitate the Caribbean’s transition to independence, were severely disappointed as Canada failed to enact immigration policies that could have greatly assisted the region’s economic development. Black activists in Canada have historically drawn on diverse intellectual and political sources for theoretical and practical concepts through which to understand their situation and fight to improve it. Canada’s long historic connections to the English-speaking Caribbean and a shared Commonwealth identity between Canada and the West Indies are a crucial part of that history.

Comments on “Immigration Policy, the West Indies, and Canadian Black Activism in the 1960s”