Sometimes you read a new book whose significance and urgency are so clear that you almost can’t believe it was just published. How hasn’t this book already been written, you wonder. Garrett Felber’s Those Who Know Don’t Say: The Nation of Islam, the Black Freedom Movement, and the Carceral State is one of those books.

Felber is not the first to address the NOI’s pioneering work in prison protest, as Dan Berger, Toussaint Losier, Heather Thompson, Robert Chase, and others have examined it in their work. But Felber’s book is the first full-length study of the Nation’s organizing against the abuses of prison and police.

Whether in the biographies of Elijah Muhammad, Malcolm X, or Warith Deen Muhammad, prison played a key role in the personal transformations of the Nation of Islam’s leaders. But various historical accounts—perhaps most famously Alex Haley’s The Autobiography of Malcolm X—cast incarceration as a prelude to the main act of the NOI. Yes, incarceration shapes the leaders of the Nation, but Haley and others have treated it as a step towards a bigger and more important political and religious struggle.

Felber recasts this narrative in three significant ways. First, he convincingly shows that the NOI always considered prisons an essential arena for political struggle, as opposed to a stepping stone leading to it. The NOI not only looked to prisons for recruits, but long regarded it as a site of political activity.

Indeed, the Nation challenged prison from within and without. Acts of resistance included hunger strikes, sit-ins, disruptions of solitary confinement and, most consequentially, litigation against prison officials. Between 1961 and 1978, federal courts ruled on no fewer than sixty-six suits filed by Muslim prisoners, one of the more astounding insights Felber shares with readers (66).

Of all of these cases, arguably the most important was Cooper v. Pate, filed by incarcerated Muslim Thomas Cooper in Illinois and culminating in the Supreme Court’s 1964 ruling that prisoners did, in fact, have constitutional rights. By overturning the 1871 ruling Ruffin v. Commonwealth, which classified incarcerated individuals as “slaves of the States” without rights, the Cooper decision represented a landmark decision not only for incarcerated members of the Nation, but for all prisoners in the United States. 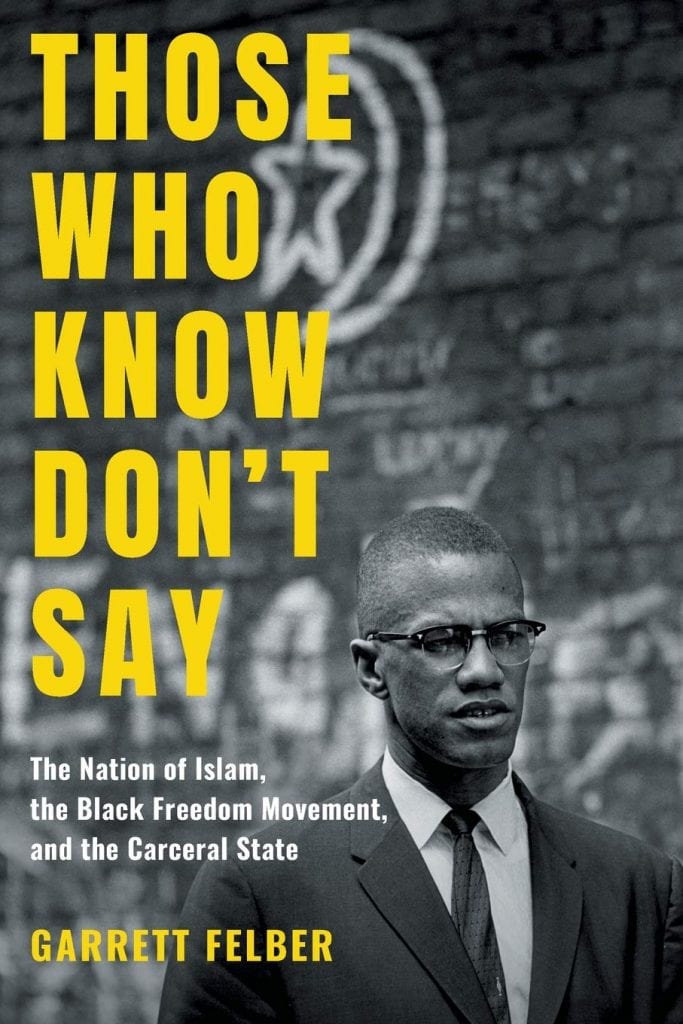 Second, Felber highlights the Nation’s often forgotten work against police abuses. Many remember Elijah Muhammad’s refusal to support a full-fledged organizing campaign in 1962 against the Los Angeles police officers who shot several unarmed Nation members and killed twenty-eight-year-old Ronald Stokes. But for Felber, the more important story is that Malcolm and the NOI’s LA temple persisted in working with civil rights groups to protest the shootings and mobilize public opinion against the LAPD. Perhaps most surprisingly, the NAACP’s Legal Redress Committee and national president Roy Wilkins—an outspoken critic of Black nationalists—offered their full, public support of Los Angeles’s NOI Temple.

Felber also brings our attention to the Emergency Committee for Unity on Social and Economic Problems, a Black united front against police abuses in Harlem that included A. Philip Randolph, Malcolm X, nationalist bookseller Lewis Michaux, and civil rights activist Anna Arnold Hedgeman, as well as the Unity Council, which improbably brought together the NAACP, the Urban League, and the NOI to focus even more sharply on police brutality in New York.

Third, Felber asks readers to recognize the NOI’s role as pace setter in how the broader post-1945 Black freedom struggle conceptualized and responded to the carceral state. Time and again, the Nation’s members waged war on abuses by prison and law enforcement officials when civil rights groups or Black nationalists were slow or unwilling to do so. Indeed, scholars would be wise to heed Felber’s advice and bring the Nation into our broader analysis of the Black freedom movement in the 1950s and 1960s, instead of treating it as an outlier to mainstream Black political thought, as many critics have done for decades.

Taken together, a key insight of Felber’s work is that the NOI was, contrary to its reputation, quite explicitly political, if not in the electoral process, certainly in prisons and courtrooms. “We will use these same torture chambers, these same kangaroo courts, to expose them,” remarked Martin Sostre, one of the Muslims who filed the landmark Pierce v LaVallee case in 1959 and several years later was imprisoned again on trumped up charges of inciting riots from his Buffalo bookstore (77). Felber’s concept of the “dialectics of discipline”—the interplay between the disciplined activism of the NOI against the carceral state on the one hand and the repressive, debilitating discipline of the carceral state on the other—offers us another useful insight.

Those Who Know Don’t Say is as much an intellectual history as a political one. As such, it suggests several fruitful avenues for future research. Coalitions like the Unity Council in Harlem and the organizing in LA in the wake of Stokes’ killing proved to be short lived, but they raise a pressing question: how did the NOI shape both civil rights activists’ and Black nationalists’ analyses of prison and policing in the 1960s, particularly in Nation strongholds like Chicago, New York, Detroit, and Los Angeles? Felber argues for these connections, making us aware of how the killing of Stokes may have been a contributing factor driving the Watts rebellion of 1965, and how Muslim prison activism of the late 1950s and early 1960s paved the way for the Attica uprising of 1971. But the legacies of Muslim anti-carceral work in the Black Power era may deserve a study of their own.

Along these lines, did the Nation also influence how Black Marxists critiqued prisons and police? If, for instance, we closely examine the writings of James Lee Boggs, or Harry Haywood and Claudia Jones of the Communist Party, or Bill Epton of Progressive Labor, or Paul Boutelle of the Socialist Workers Party (SWP), would we find traces of the Nation’s thinking in their analysis of the carceral state? After all, Malcolm didn’t abandon the NOI’s critique of prisons and police even after leaving the Nation in early 1964, and he was particularly influential on the SWP in the last year of his life.

Those Who Know Don’t Say succeeds by forcing readers to reconsider fundamentally what they think about both the Nation of Islam and the Black freedom struggle. One can’t read Felber’s work and continue to cling to the mistaken notions that the Nation avoided political engagement, or that the larger struggles for racial equality in postwar America unfolded on a separate plane from the NOI. By confronting the Nation’s frontal assault on the carceral state, Felber has produced a critical work that requires us to reassess our most basic beliefs about the interplay of protest, prisons, and police in postwar America.