loading...
By Garrett Felber February 25, 2017 Comments Off on Malcolm X in the Courtroom

This post is part of our online forum, “Remembering Malcolm,” edited by Garrett Felber. 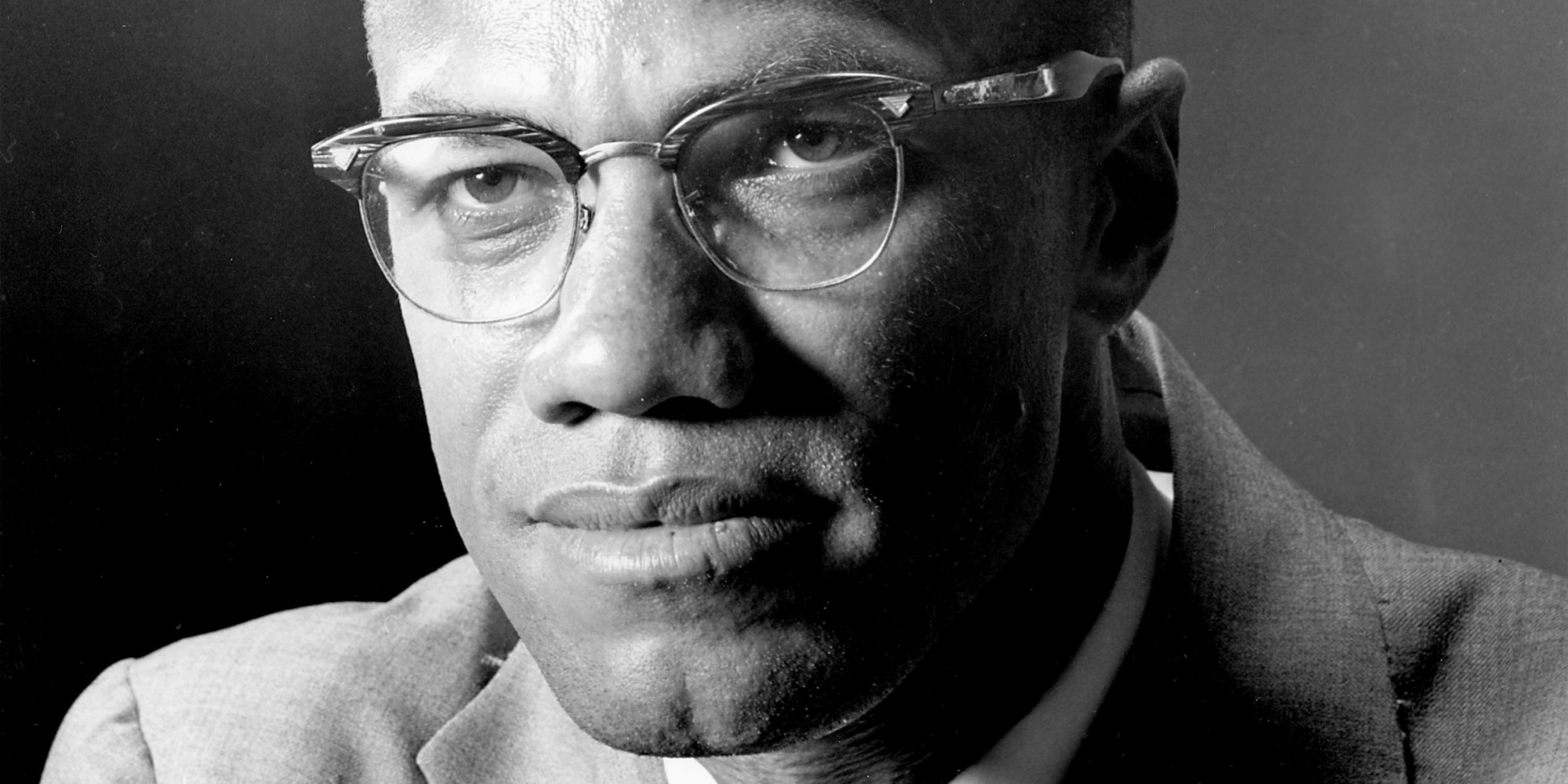 In one of the most famous passages in Malcolm X’s Autobiography, Malcolm tells his English teacher that he wants to become a lawyer. Mr. Ostrowski replies that although “we all here like you. . . .  you’ve got to be realistic about being a nigger.” “It was then,” Malcolm remembered, “that I began to change inside.” Nearly thirty years later, as national spokesman for the Nation of Islam (NOI), Malcolm spent two days testifying in a Buffalo courtroom as an expert witness in the prisoners’ rights case of SaMarion v. McGinnis, where his deft rhetorical maneuvering and political range enraptured even the conservative white judge, John Henderson–best remembered for presiding over the Attica trials a decade later. But, in 1962, as Deputy Attorney General William Bresnihan remarked, “the whole prison system of the State of New York is on trial here in regard to the treatment of these Muslim inmates.”1

The SaMarion case was filed by five Muslims at Attica Prison claiming that their First and Fourteenth Amendment rights were being violated. They asked for weekly congregational services and correspondence and visitation rights with a local minister, access to an Arabic translation of the Qur’an and other publications by the Nation of Islam, and an end to persecution for their religious and political beliefs. The prevailing logic of the courts with regards to the incarcerated had remained virtually unchanged since the 1871 Ruffin v. Commonwealth ruling, which stated that a prisoner had “not only forfeited his liberty, but all his personal rights except those which the law in its humanity accords to him,” reinscribing their status as a “slave of the State.”

With no constitutional guarantees, plaintiffs hoped to convince the judge of their religious sincerity despite the state’s belief that the NOI used Islam as a guise for subversive political views. As one of the plaintiffs, Thomas X Bratcher, explained in a letter to Malcolm before the trial: “I can see that [the attorney general] . . . is going to try and justify the warden’s violation of our constitutional rights by submitting these published reports to the court saying that we are preaching ‘hate’ and we are a fanatical group not recognized by the rest of Muslim World.” The “‘Key’ wittness [sic] I am depending on to ‘seal’ our victory,” he wrote, “is ‘You’ Minister Malcolm X.“2

This set the stage for a four-day showdown between Malcolm X and the state’s key witness: Columbia University professor Joseph Schacht. While Malcolm admitted that he had an eighth grade education, no formal theological training, and could not speak Arabic, Schacht had a “masterly knowledge” of the language and his 1950 publication Origins of Muhammadan Jurisprudence was considered a seminal text in the Western study of Islam. Yet Malcolm’s testimony danced around the meritocratic probing of the state. When asked if he had a degree in theology, he replied that if “my understanding of the word ‘theological’ is correct–the study of God, the science that deals with religion and the study of God–I studied theology in that sense under the Honorable Elijah Muhammad about our God.”

When pressed on the length of his education, he answered: “I am still studying.” When interrogated on whether or not he was ordained or had a written certificate which permitted him to proselytize, he reminded the court that “Jesus sent his disciples forth with no written certificate or anything but his approval.” Malcolm’s testimony as an expert on Islam was convincing enough that when Schacht took the stand and listed his membership in the Royal Netherlands Academy, the Arabic Academy in Damascus, and his honorary degree in Law from University of Algiers, the judge skeptically responded: “I don’t think it is quite thoroughly clear at this time to qualify him as an expert.”

But more impressive and important than establishing his religious credentials, Malcolm used the courtroom as a stage to launch into his many political riffs. Almost a year before delivering his most remembered speech, “Message to the Grassroots,” Malcolm explained the difference between a “House Negro” and a “Field Negro” to a federal judge. The former, he emphasized, had no support from the black community. “He is a leader in public relations, but when it comes to actual following among Negroes, he has no following . . . That is how you can tell him.” When asked about the Nation of Islam’s opposition to integration, Malcolm pivoted to the difference between racial segregation and racial separation. “Segregation means to regulate or control,” he explained. “A segregated community is that forced upon inferiors by superiors. A separate community is done voluntarily by two equals.”

Bresnihan tried to redirect to what he saw as the NOI’s teachings violent teachings which compromised prison security, presenting confiscated material which read: “To combat the Negro, convert him or annihilate him is the holiest task of the faithful.” Here, he reasoned, was clear evidence of the NOI’s violent designs. Yet, Malcolm again thwarted the state. To destroy the “Negro,” he clarified, meant to “destroy the stigma that makes this Negro a Negro. By converting him you annihilate, annihilate the ignorance and lethargy and immorality and things of that sort.” He added that “no black person calls himself a Negro except those in America . . . The white man respects the black man, he disrespects the Negro.” Before the racial pride and cultural nationalism of the Black Power movement sounded the death knell of the term “Negro,” the NOI helped to destroy this denigrated notion of blackness defined by white society and replace it with an exalted self-determining one.

Malcolm’s rhetorical sleights of hand were not evasive, but rather didactic. Judge Henderson addressed Malcolm individually at one point, noting his changed understanding of the term “Negro”:

While Henderson had, in effect, apologized and excused his racism in the same remark, his open declaration of respect for Malcolm’s opinion shifted the tenor of the case. Bresnihan, likely attempting to curry favor with the judge, began adopting the phrase, the “American Black Man.” The case did not end persecution of Muslim prisoners, but Henderson was unmoved by Schacht’s testimony and concluded that the “record compels a finding of [the NOI’s] existence as a religious organization.” By 1966, Henderson had ruled that Commissioner Paul McGinnis’ policies were a “vehicle for the suppression of the Black Muslim religion” and gave him thirty days to establish a new code of conduct.3

In 1964, as Thomas X Cooper prepared to bring one of the most significant cases in the history of the prisoners’ rights movement to court, Bresnihan wrote to J. Edgar Hoover urging him to pay to fly Malcolm back from Egypt and testify.4 With Malcolm condemning Elijah Muhammad in the press, the state hoped to leverage him against the NOI and eradicate the group from American prisons.

Yet after a ten-hour interview with the Illinois assistant attorney general, the FBI reported that Malcolm was “seemingly disinterest[ed] in the matter.” Instead, he spent much of the conversation focused on another court: the United Nations. “He indicated his desire to bring the plight of the American Negro before the United Nations,” the FBI recorded. “Malcolm [also] stated that he has been invited to the Bandung Conference to be held during March, 1965 or possibly at a later date at Djakarta, Indonesia.”

Malcolm X was never able to actualize his plans to have the U.S. condemned for human rights violations before the United Nations. Cooper v. Pate became the first in which the Supreme Court undeniably granted prisoners’ constitutional rights. And despite not being an attorney, Malcolm had maneuvered around the courtroom in Buffalo as if it were his own, using the SaMarion trial as a platform to critique what he saw as the civil rights movement’s myopic goal of racial integration and pave the way for a redefinition of blackness predicated on the extinction of the word “Negro,” all while establishing the Nation of Islam as a religion which could continue to practice within New York’s prisons. It is for these reasons, among many, that we honor Malcolm this week in February.