“The West Indian historian of the future has a crucial role to play in the education of West Indian people in their own history, and in the merciless exposure of the shams, the inconsistencies, and the prejudices of metropolitan historians.” –Eric Williams in ‘British Historians and the West Indies‘

Eric Williams’s statement just over half a century ago anticipated the British Treasury’s February 9, 2015 tweet erroneously claiming Britain spent £20 million to buy freedom for all the Empire’s enslaved. “The sum of money was so large,” the tweet claimed, “it wasn’t paid off until 2015. Which means that living British citizens helped pay to end the slave trade.” We can say Williams anticipated the tweet because it gets to the heart of Britain’s continued amnesia about its role in slavery and the slave trade, and its leveraging of abolition as capital.

This self-congratulation is what historian Christopher Brown calls “moral capital.”  The immorality of the slave trade was beyond dispute and Britain used abolition as a powerful tool – capital – to shape the nation’s image and justify its national actions, including subsequent imperial expansion. Britain seized abolition to define a national identity as one committed to freedom, overshadowing and at times erasing Britain’s role in slavery and the slave trade.

Williams’s work is also the remedy to the 2015 moment. Capitalism and Slavery disrupted the fiction of the British as liberators. By showing that the reasons for abolition were economic and not humanitarian, Williams opened the gate for future historians to distinguish between the environment in which abolition took place and abolition decision making. There is a difference between the moral campaigns against slavery, in which individual and personal conviction of slavery’s immorality compelled many Britons to sign petitions and boycott goods produced by enslaved people. But it is a mistake to assume that British policy makers shared the same moral convictions of campaigners and that this morality drove them toward emancipation. The legacy of Williams’s work is not just in the specific arguments made. It is also in its insistence that we distinguish between “emancipation as policy formulation” and “abolitionism as a social movement” – as the historian Thomas Holt framed it.

Abolition as government policy promised to prohibit slave trading, and gradually ending slavery, while retaining important parts – racism, white hetero-patriarchy, and the plantation economy within the context of British imperial control. Although “the social relations of labor” changed from slave to wage labor, the race and gender hierarchy structuring slavery remained.  Crucially, the very meaning Britain assigned to humanitarianism reeked of the racism that defined slavery. Britain’s gradual abolition of slavery and its overseas expansion in the later nineteenth and twentieth centuries premised on their assertion that the enslaved and the indigenous peoples they encountered were savage and uncivilized. Acculturation through British socialization and cultural institutions would develop their full human potential. “The racism that made it possible to think of people as slave labor gave way to a racism that freed individual slaves while justifying the domination of entire nations.”

Parliamentary abolitionists proposed shifting dependence on the slave trade by relying on biological reproduction to replenish declining labor populations, and social reproduction to produce a subservient Black laboring class. To encourage reproduction, abolitionists proposed importing more young and female Africans and ameliorating the condition of women. They proposed removing women from the sugar cane fields and factories, relocating them to the home to become wives, mothers, and homemakers. Men would become breadwinners and have limited participation in colonial governance.  Introducing separate spheres – women in the home, men in public, anchored by Christian conversion and Christian marriages promised the cultural reconditioning abolitionists thought necessary to replace an African or Afro-Caribbean identity with a British one, or Anglicization. Anglicizing Black people or getting them “to think of themselves as British” would create more stable colonies and resolve the problems created by slavery, including rebellions, that were costly for colonial defense. Abolition was more complicated than simply executing the humanitarian fervor of the age. 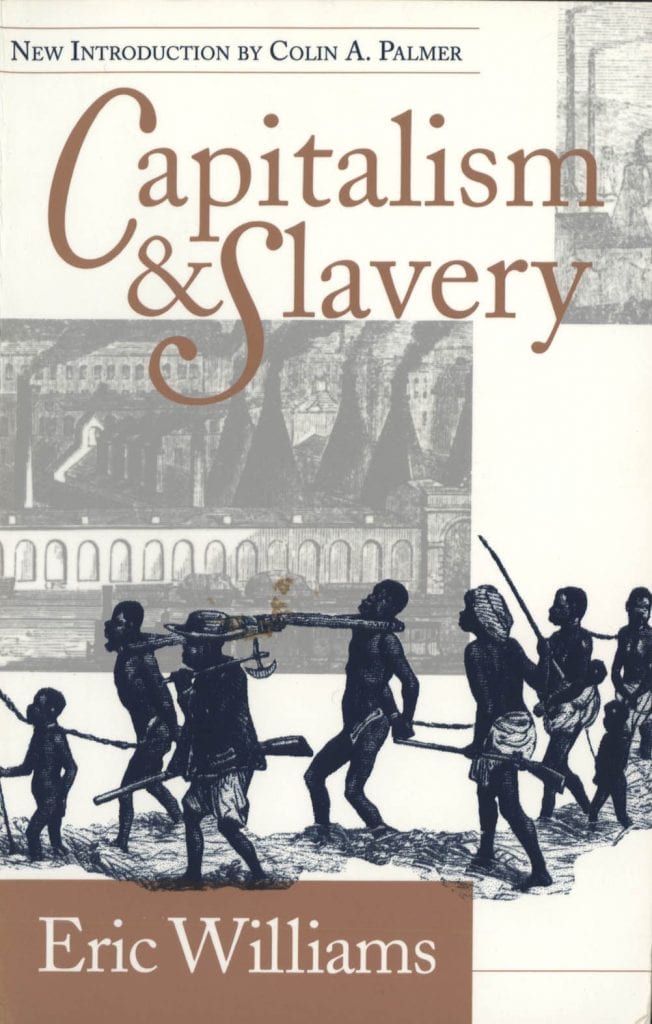 Capitalism and Slavery exposes abolition history as imperial narratives glorifying the colonizer. The enslaved people themselves were first to recognize the limits of British abolition and asserted freedom claims that contradicted British visions. Among such enslaved people, was one enslaved woman named Bessy Chambers, who through her engagement with the colonial justice system exposed the limits of government abolition as mere reform.

Chambers along with twenty-four unnamed enslaved men and women filed a complaint in the St. George’s slave court in Jamaica on June 6, 1823. Chambers charged that the overseer forced her to work despite her pregnancy, and that she miscarried because of the hard and unlawful labor he forced her to perform.

When Bessy Chambers brought her case to the St. George’s slave court, the British House of Commons, pressured by abolitionists, had recently passed a series of resolutions imploring colonial assemblies to accord enslaved women protections befitting the supposed fragility of their sex. “Women should be exempted from field work and corporal punishment Abolitionists thought these improvements were necessary to restore the decency and morality of enslaved women. They were important initial steps toward freedom when [freed] women could occupy their rightful place in the home as wives and mothers.”

To rethink abolitionist history, and continue Williams’s legacy of decolonizing Caribbean history, we must center the enslaved. In addition to occupying the frontlines in the battle for freedom, Chambers like many other enslaved people were “thinking people.” They strategized freedom claims in accordance with the changing politics in metropole and colony. Enslaved people’s mobility as higglers, sailors, and runaways along with their self-taught reading ability that enabled them to understand colonial and metropolitan newspapers made them fully aware of abolitionist arguments, as well as the changing laws that now facilitated Chambers pursuing her grievance in the St. George slave court. They took this familiarity and combined it with the knowledge of their experiences  to continue their fight to define and secure freedom.

Chambers in her court case challenged abolitionists’ limited visions of freedom. She challenged abolitionists who insisted on speaking on behalf of the enslaved. She brought her case to the magistrate and insisted on a public role as litigant, woman or not. By taking her case to court and speaking up for herself, Chambers rejected the world abolitionists sought to create in which women would be silenced and would have no public role while men acted publicly on their behalf.

By bearing witness to her own suffering and seeking judicial redress, Chambers also countered British Parliamentary proceedings that investigated abolitionist claims of the inhumanity of the slaving system. These proceedings did not include enslaved people, the people who could best attest to the horrors of slavery. Instead, Parliament relied on the testimony of enslavers, who refused to admit their own culpability, justified their brutality, or blamed the victim. Ignored by the Parliament’s investigative committees, Chambers insisted on having her day in court by presenting herself to the local magistrate and voicing her complaints to him. To shift the narrative of abolitionism away from white benevolence on behalf of Black victims, we must center cases like Chambers who directly confronted her enslaver in court, thus leaving a record for us to bear witness to her pain and loss as well as her challenge.

By seeking the judgement and protection of the law, the Chambers case illustrates how thoughtfully engaged enslaved people were to the changing political economy of slavery, their conceptualization of rights, legal consciousness, gender hierarchy, and claims to legal personhood. Abolition reforms created important openings for enslaved people’s freedom claims; and yet, the visions enslaved people like Chambers held of freedom and the afterlife of slavery did not align with abolitionists’ vision.

Bessy Chambers’ court presence was at odds with the separate sphere society abolitionists proposed thus revealing British abolitionism’s shortcomings. Abolition was not simply a humanitarian project; it was an experiment in imperial policy making. To continue William’s work of devaluing the capital Britain seeks to extract from abolition, we must place abolition policy making under the spotlight, and center stories like Chambers, who exposed parliamentary abolition as mere reform.

Sasha Turner is Associate Professor of History at Johns Hopkins University. She is the author of Contested Bodies: Pregnancy, Childrearing, and Slavery in Jamaica (University of Pennsylvania Press, 2017). Follow her on Twitter @drsashaturner.