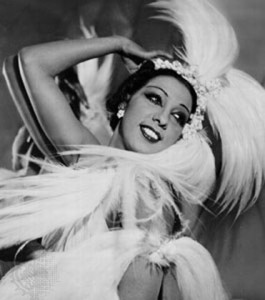 As a regular writer and blogger for Ms. Magazine, I have been engaging in some fruitful conversations with black feminist scholars who have recently published, or have forthcoming books, examining different aspects of black women’s histories. I am highlighting below three such conversations, included in the Black Women’s Histories Ms. Conversation series.

From My Conversation with Mireille Miller-Young, author of A Taste for Brown Sugar: Black Women in Pornography:

Early black feminist scholarship tends to be informed by respectability politics. Do you see yourself making interventions into this work concerning sexuality?

We’re missing a great part of our history as black people if we allow the violence against us to deny such an essential part of our experience, our dream worlds and our fantasies. We need to also understand that the violence of racism is always going to inform our fantasies, which means that sometimes our fantasies are ugly and include our own subjection. That’s something that’s almost unavoidable, but it’s also something that can allow us to take some control of our oppression and find some kind of release in our own consciousness.

I understand that respectability politics has been an important mechanism used to defend ourselves, and there are scholars of another generation or training who are suspicious of the kinds of methodologies that a new crop of scholars are using to talk about sex, porn, black queerness and the performance of risqué sexualities such as burlesque and sex work. I take seriously their concerns and the ways that they established the field of black feminist studies that we’re building on. I don’t want to see myself in opposition to this earlier work on respectability. But if we only take that position, then we really cannot hear what sexual actors are saying without a sense of judgment. And we can’t acknowledge in ourselves our own desire to consume and engage with pornography. Otherwise they remain a dirty little secret. My work is about bringing out in the open this “dirty laundry.” We as black feminists are sexual beings too, and we must begin to be more careful of the impact our moral judgments can have. I’ve seen it actually hurt people, and I’ve learned so much about feminism from the women in my book. If we foreclose on their practices as something that “disrespects” us, then we lose the understanding that they, too, are feminists who are contributing to our knowledge and to our communities.

From My Conversation with T. Denean Sharpley-Whiting, author of Bricktop’s Paris: African American Women in Paris between the Two World Wars:

Your book is intriguing in the way that you brought together so many different entertainers, artists, writers and innovators. They tend to be talked about individually in various historical projects, rather than viewed as existing in a community.

I’m covering similar territory as Tyler Stovall’s Paris Noir, William Shack’s Harlem in Montmartre, and Michel Fabre’s From Harlem to Paris. Effectively, the motif in these works has been: “There’s a black colony in Paris.” My story is really focused on the fact that within that colony there’s a black women’s creative community and they’re sustained by and with their interactions with Ada Bricktop Smith.

What will most people learn from your book that they may not have previously known about these women or about this era?

I do think that Ada Bricktop Smith is a surprising figure in this history, at least in terms of her longevity. She had been in Paris for 15 years, 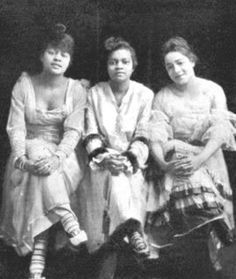 and of course she was interacting with Josephine Baker, but she’s also interacting with a whole bunch of other people. Who would have known that Bricktop and Cole Porter and F. Scott Fitzgerald were that tight? And she has all these opinions, and writers like Henry Miller are bringing their work to her to read. And she’ll say to him, “Look, I’ve done a lot of these things that you write about, but I wouldn’t exactly put them on paper!” Of course there are respectability politics at play with Bricktop when she says this. There’s also a fascinating interaction with Bricktop and blues singer Alberta Hunter, who actually accuses Bricktop of stealing a telegram meant for her, a telegram that invited her to Paris!

The community of these women makes for a hilarious read when you examine their interactions. I mean, who would have thought Ethel Waters could be so mean as a person? And Josephine Baker was initially threatened by an entertainer like Adelaide Hall. There were so many things they said about each other that makes it a fascinating story about this complicated yet still supportive community of women. They embraced each other and were respectful of women’s sexual choices as in the case of Alberta Hunter and Ethel Waters who were lesbians.

From My Conversation with Barbara McCaskill, author of Love, Liberation, and Escaping Slavery: William and Ellen Craft in Cultural Memory:

What would you say to those who believe that we need to move beyond slavery or, with the recent revisiting of this period in movies like Django Unchained and 12 Years a Slave, that we are being bombarded with the subject?

I’ve certainly heard those concerns—from students, from colleagues—who really believe that we need to move beyond slavery. And because slavery was such a heinous, hateful, shameful period, there are many who really believe that we should just “move on!” I also understand the concerns about representations of African Americans in the media. I think the deeper issue, however, is that we don’t have enough representations of African Americans from any historical period, and what we need are more representations of different periods and not just slavery. That being said, I think it is important to revisit and tell stories about enslavement. I don’t think we know enough about how African Americans survived in slavery and the cultures that we developed in slavery. My argument would be that we don’t know enough about slavery, and that is why these kinds of stories are worth revisiting.

How does your project, and the Crafts’ story in particular, contribute to enriching our understanding of slavery?

One of the ideas I’m passionate about is that it’s been easy at one level to ignore or pass over early African American literature because the archive is thin and scattershot, and some of the materials, such as newspapers, are not necessarily available in continuous or complete runs. I think we need to develop models of how to use the materials that we have to tell rich stories. It is a disservice to early African American writers and speakers when we avoid their productions on the premise that there isn’t enough there worth discussing. My argument is: Let’s look at what exists and then develop methodologies to talk about it.

So for me, another reason why I spent so much time circling back to the Crafts again and again, is I really want to answer this challenge and move the field along by giving a model for what we can say based on what we have. I’m very straightforward and direct about this project in the introduction to my book, calling for scholars to continue their story. Because my story is incomplete, and I want those of us in the humanities to value that we all contribute what we can to building the most expansive story of early African Americans that we can. And if we approach the scholarship from that particular vantage point then it becomes more difficult to say that early African American literature doesn’t deserve our full energies because the body of materials isn’t commensurate with that of other periods, or because we think that the archive is too challenging or too difficult to undertake substantive study. But the archive is there, and the archives are also being digitized for wider access and scrutiny.

More to come for the month of March: profiles on Talitha L. LeFlouria, whose forthcoming book, Chained in Silence: Black Women and Convict Labor in the New South, explores the roles of black women in the convict lease system of the post-bellum South, and Kate Clifford Larson, the primary biographer of Harriet Tubman, who will address the latest developments of the Harriet Tubman Underground Railroad National Historical Park.