This post is part of our blog series that announces the publication of selected new books in African American History and African Diaspora Studies. Contagions of Empire: Scientific Racism, Sexuality, and Black Military Workers Abroad, 1898–1948 was recently published by the University of North Carolina Press. 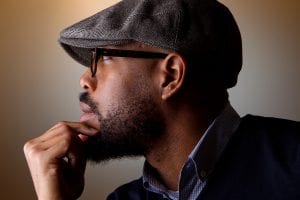 Khary Oronde Polk is an Associate Professor of Black Studies & Sexuality, Women’s and Gender Studies at Amherst College. He is a cultural historian of the African American diaspora, a specialist in LGBTQ studies, and a scholar of race, gender, and sexuality in the U.S. military. Polk received his Ph.D. in American Studies from New York University, and teaches courses on black sexuality, military history, Black European studies, and queer theory. His book, Contagions of Empire: Scientific Racism, Sexuality, and Black Military Workers Abroad, 1898-1948 (University of North Carolina Press, June 2020) examines how the movement of African American soldiers and nurses around the world in the early-to-mid twentieth century challenged U.S. military ideals of race, nation, and honor. Polk has written for the Studio Museum of Harlem, The Journal of Negro History, Women’s Studies Quarterly, Gawker, and the journal Biography: An Interdisciplinary Quarterly. He has also contributed essays to a number of queer of color anthologies, including If We Have To Take Tomorrow, Corpus, and Think Again. Polk is a member of the African Atlantic Research Group, and recently held a visiting professorship at the JFK Institute for North American Studies at the Freie Universität Berlin. Follow him on Twitter @kharypolk. 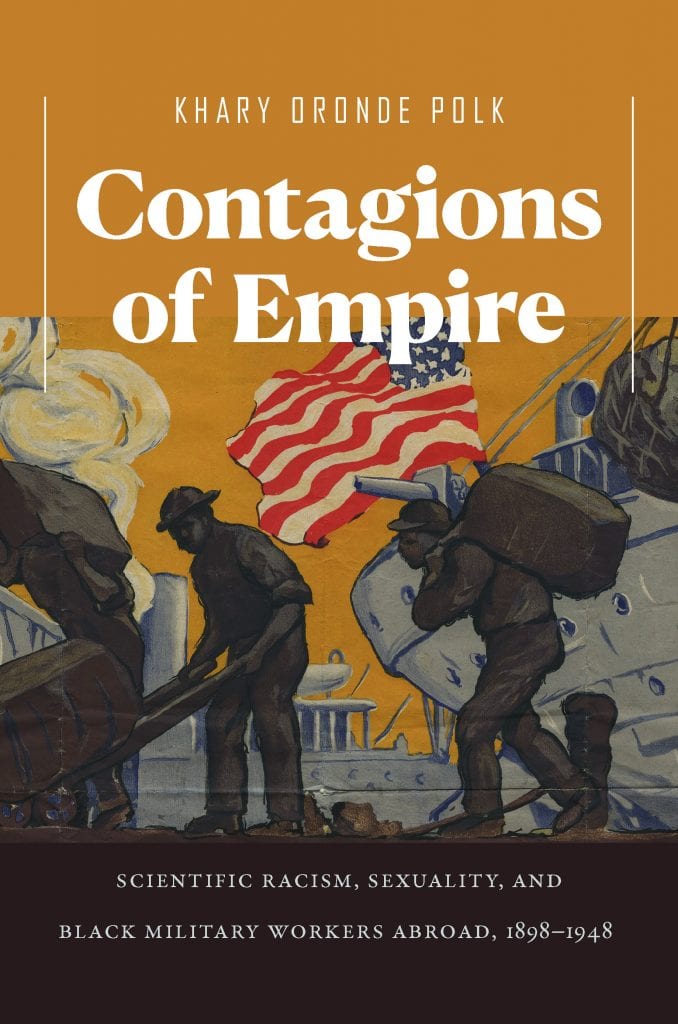 From 1898 onward, the expansion of American militarism and empire abroad increasingly relied on black labor, even as policy remained inflected both by scientific racism and by fears of contagion. Black men and women were mobilized for service in the Spanish-Cuban-American War under the War Department’s belief that southern blacks carried an immunity against tropical diseases. Later, in World Wars I and II, black troops were stigmatized as members of a contagious “venereal race” and were subjected to experimental medical treatments meant to curtail their sexual desires.

By turns feared as contagious and at other times valued for their immunity, black men and women played an important part in the U.S. military’s conscription of racial, gender, and sexual difference, even as they exercised their embattled agency at home and abroad. By following the scientific, medical, an cultural history of African American enlistment through the archive of American militarism, this book traces the black subjects and agents of empire as they came into contact with a world globalized by warfare.

“In Contagions of Empire, Khary Polk offers a theoretically and empirically rich explication of how African American bodies sat at the center of U.S. imperial projects and of how black military workers maneuvered discourses of health, sexuality, and racial affiliation to shape their relation to state power. Shedding light on histories of war and society, medicine, and black labor, the book gives a fresh and compelling take on African Americans as global subjects.”–Adriane Lentz-Smith, Duke University

Tyler Parry: What type of impact do you hope your work has on the existing literature in this field? Where do you think the field is headed and why?

Khary Oronde Polk: I hope that Contagions of Empire contributes to the number of current theoretical and historical projects that work to excavate the afterlife of slavery in modern life. By choosing the military as a site of analysis, my book aims to document the carceral dimensions of American militarism, and to show how Black people and Black labor were crucial to the growth of U.S. empire. If we can understand African American servicemembers as not only soldiers but as workers, then we might find a different empathy for their experiences, develop new pathways of solidarity, and create new premises for political action.

I also think my book gives a good sense of the way Black workers deemed “essential” today have been treated historically. The necropolitical use of Black and Brown people as healthcare workers during the Covid-19 pandemic has a strong antecedent in the way African American men and women were mobilized for use in the Spanish-Cuban-American War. They were recruited to serve in the conflict due to an antebellum belief that Southern Blacks were immune to yellow fever, and this led to the use of Black military workers in Cuba, Puerto Rico, and the Philippines.

As the U.S. military expanded its global reach in the early to mid-twentieth century, the carceral logics of American militarism viewed Black servicemembers as immune, contagious, and essential to the larger project of American empire. Far from passive recipients of these attempts to regulate and control Black labor, however, African Americans militated against the racist treatment they experienced in the service. Their experiences as objects of white supremacy and agents of self-determination offer us new frameworks to consider the limits and the possibilities of Black military imperialism as a pathway to Black freedom. For these reasons, I hope that Black studies takes a new look at the old paradox of African American military service, to help us better understand the historical role of Black soldiers in the U.S. imperial project. We should understand the community investments Black people have made in American militarism since this nation’s founding, and that we continue to make with our disproportionate enlistment in military service. Perhaps more importantly, we should also know that there is a genealogy of Black military thought that has been centuries in the making, and we can use those lessons to better understand our relationship to the nation today.