loading...
By Ashley Farmer October 14, 2016 Comments Off on Black Women Athletes, Protest, and Politics: An Interview with Amira Rose Davis

The country is now recognizing black athletes as protest leaders and the sports field as a viable space for resistance and politics. High school, college, and professional athletes are currently engaging in various forms of demonstrations, many inspired by Colin Kaepernick’s protest of the National Anthem. Often overlooked, however, is the key role black female athletes have played and continue to play in making sports arenas places of political and ideological protest. This month, I spoke with Amira Rose Davis, a Postdoctoral Fellow at the Africana Research Center at Penn State University, who examines the ideological and institutional development of recreational, competitive, and professional sporting opportunities for black women in the United States. Her recent article, “No League of their Own: Baseball, Black Women and the Politics of Representation,” appears in the latest issue of the Radical History Review. 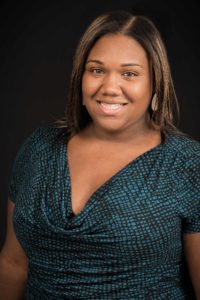 Amira Rose Davis is a Postdoctoral Fellow at the Africana Research Center at Penn State University. She completed her graduate work in History at Johns Hopkins University in 2016. Her research interests include African American gender history, sports, politics, and the history of Black institutions. In tracing the long history of black women’s athletic participation, this research explores the ways black women athletes have been represented and how they have engaged in athletic labor over the course of the 20th century. Follow her on Twitter @mirarose88.

Ashley Farmer (AF): Athletes today are becoming more vocal about racism and police brutality. Most credit Colin Kaepernick with starting this latest wave of protest. Where do you place the origins of it?

Amira Rose Davis (ARD): I think the emergence of the collective athletic protests we are seeing now can really be mapped on to the rise of Black Lives Matter (BLM) and grassroots organizing that has kept the issues of racism and state violence visible and present in public discourse, from the Miami Heat’s hoodie photo following the death of Trayvon Martin to the St. Louis Rams’ players putting their hands up after the death of Mike Brown and the smattering of professional and collegiate athletes who donned “I Can’t Breathe” shirts after Eric Garner.

Of course, individual athletes have taken stands on these issues for decades. I think it is important to situate this moment on a continuum of black athletic activism. There is a tendency to think of the 1960s as the golden age of athletic activism and then act like nothing has happened and no athlete has been vocal or politically engaged since then. But even in the 1990s when Michael Jordan was selling shoes to Republicans, you have Mahmoud Abdul-Rauf refusing to stand for the national anthem and salute the flag. Or Etan Thomas’s anti-war activism in the early 2000s, and Toni Smith-Thompson, a mixed-race woman who played basketball at Manhattanville College who staged a silent protest during the National Anthem in 2003.

AF: Who were the foremothers of current day black athlete protests?

ARD: I like to think of the history of black women’s protest in two ways. First, their symbolic protest—that is, the meanings that people project onto their athletic success. I think it is mainly in this way that we remember black women athletes as trailblazers and barrier breakers, like Althea Gibson and Wilma Rudolph, whose achievements were—and continue to be—celebrated as moments of black excellence or racial advancement. I find their legacy in the way we celebrate the successes of the Williams sisters, Gabby Douglas, and Allyson Felix.

However, there is a second strand of black women’s athletic protest that is often less visible. It is found in Wilma Rudolph insisting her town’s celebratory parade be integrated or Olympian Earlene Brown being vocal about civil rights and women’s rights in the 1960s. It is the legacy of Erosenna Robinson’s 1959 anthem protest and tax resistance, and Wyomia Tyus’s push for racial equality and equal pay and professional opportunities for women athletes.

I think this legacy can be seen in contemporary black women athletes who use their platforms to speak on an intersection of issues. Venus Williams fighting for equal pay at Wimbledon, for example. Or Brittany Griner’s LGBTQ advocacy. Or Serena’s return to Indian Wells 13 years after experiencing racist heckling and accusations of match fixing, where she publicly partnered with Bryan Stevenson and the Equal Justice Initiative to raise funds and vocalize concerns about systemic racism and the death penalty.

AF: What are the similarities and differences between black male and female athletes’ protest options and decisions? What do you think accounts for these differences?

ARD: Black male athletes, by and large, have much larger platforms to speak from, but they also tend to stand to lose more in terms of endorsements. Because of the underfunding and lack of visibility of women’s sports, black women athletes oftentimes wouldn’t have as many endorsement offers and large contracts available to them. That being said, this summer the WNBA attempted to fine the teams and individual players who engaged in protests. It took a public uproar to prevent the league from seizing money from already underpaid players.

Because sports is still largely understood as a masculine enterprise, women athletes, save the high-profile few, often receive less attention and therefore have a smaller platform on which to generate discussions. Indeed, much current coverage of athletic protest simply mentions the protests of women athletes as a footnote or bullet point to the larger discussion of black males protesting when in fact black women have been some of the most vocal and persistent activists. Just look at the WNBA teams who not only staged collective protest and wore BLM shirts, but also initiated a media boycott, refusing to answer questions unless they related to police brutality and racism.

AF: How would you describe the intersection of black women athletes’ protest and political ideologies like black nationalism and black feminism?

ARD: It’s interesting because when I study black women athletes of the 1950s and 1960s I find myself asking what the possibilities and function of black nationalism is within national projects, which is to say that often the most prominent athletic space available to black women was in international competitions, particularly during the Olympic games. This in many ways remains true today. But also in the Cold War these same athletes were tapped to be part of the US State Department’s cultural diplomacy tours. So the biggest opportunities for competition, for travel, for visibility, were usually done with a huge USA jersey on or as a cultural ambassador for the nation. This reality very much framed their protests. Black women athletes used their roles as both unofficial and official ambassadors of the country to argue for their piece of the American dream and demand their rights as fully protected citizens.

I do think you see tenets of black feminism embedded in black women’s athletic protest, particularly in the protests that insist on the intersectional aspect of their identities. In her autobiography Wilma Rudolph is critical of the burgeoning (at that time) Women’s Liberation Movement. Rudolph notes the ways in which women’s liberation is speaking for and about issues facing white middle-class women that alienate her and many of the black women athletes she knows. Yet the fight for professionalization and later equal pay is something that black male athletes aren’t fighting for or dealing with at the same level. Indeed, as the Williams sisters have fought for equal pay as women tennis players they also have constantly dealt with the fact that their white, often inferior competitors can get more endorsements and are considered more marketable.

I also think black women athletes have had to be ever conscious about how they perform black femininity. Certainly in the mid-20th century there was an insistence from the men who were coaches and sportswriters and really gatekeepers of black sporting industry that black women athletes carefully avoid playing into any racial stereotypes about the animalistic de-feminized a-sexual black woman. I think black women continue to wrestle with what it means to be a woman in a space that is often read as masculine—women from Flo Jo to Serena Williams who have forcefully asserted their athleticism, sexuality, and traditional femininity as all bound up together and complementary rather than contradicting.

AF: What do you see as the future of black women athletes and protest?

ARD: I think we will continue to see black women athletes speak out and protest both individually and collectively. The real issue is if we as a public listen to them and engage with them instead of only highlighting their actions as supplemental to those of black males, particularly because black women athletes continue to vocalize critiques of systemic racism and sexism, and increasingly homophobia as well. I think it is great that the collective actions of black women athletes are getting attention right now and I hope that the interest and solidarity will remain moving forward, especially if protest is also aimed at dismantling patriarchy as well as white supremacy.

Ashley Farmer is an Assistant Professor of History and African American Studies at Boston University. She is a graduate of Spelman College and holds a Ph.D. in African American Studies and an M.A. in History from Harvard University. Her manuscript, What You’ve Got is a Revolution: Black Women’s Movements for Black Power, is the first intellectual history of women in the black power movement. Follow her on Twitter @drashleyfarmer.