This post is part of our blog series that announces the publication of selected new books in African American History and African Diaspora Studies. Black Freethinkers: A History of African American Secularism was recently published by Northwestern University Press. 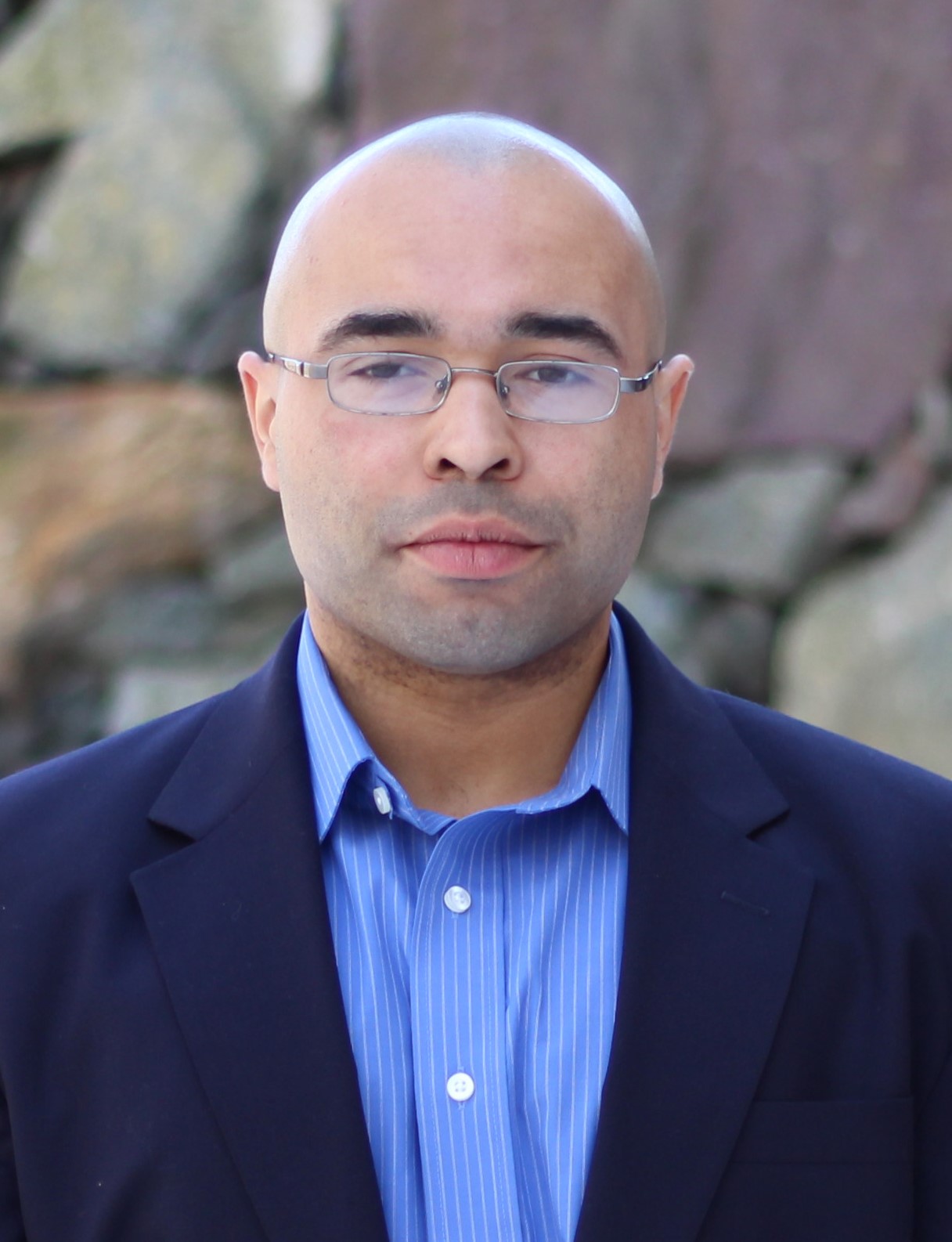 Author of Black Freethinkers: A History of African American Secularism, Christopher Cameron is an Associate Professor of History at the University of North Carolina at Charlotte. He is also the founder and past president of the African American Intellectual History Society. He received his B.A. in History from Keene State College and his M.A. and Ph.D. in American History from the University of North Carolina at Chapel Hill. His research and teaching interests include early American history, the history of slavery and abolition, and African American religious and intellectual history. Cameron is the author of To Plead Our Own Cause: African Americans in Massachusetts and the Making of the Antislavery Movement (Kent State University Press, 2014) and co-editor of New Perspectives on the Black Intellectual Tradition (Northwestern University Press, 2018). His current book project, entitled Liberal Religion and Race in America, explores African Americans engagement with liberal sects, such as the Unitarians and Universalists from the revolutionary era to the creation of Black Lives of Unitarian Universalism in 2015. Follow him on Twitter @ccamrun2. 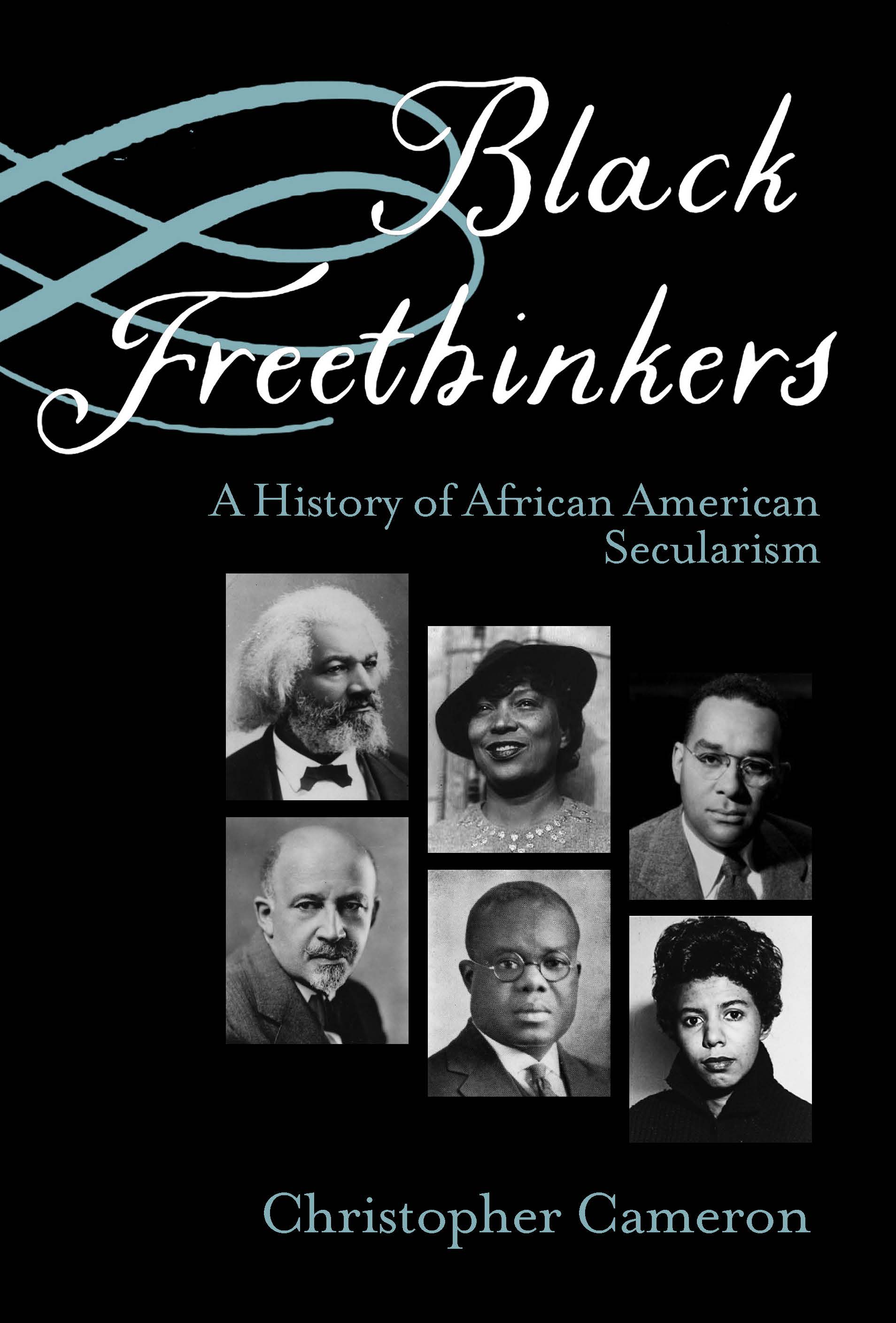 Black Freethinkers argues that, contrary to historical and popular depictions of African Americans as naturally religious, freethought has been central to Black political and intellectual life from the nineteenth century to the present. Freethought encompasses many different schools of thought, including atheism, agnosticism, and nontraditional orientations such as deism and paganism.

Christopher Cameron suggests an alternative origin of nonbelief and religious skepticism in America, namely the brutality of the institution of slavery. He also traces the growth of atheism and agnosticism among African Americans in two major political and intellectual movements of the 1920s: the New Negro Renaissance and the growth of Black socialism and communism. In a final chapter, he explores the critical importance of freethought among participants in the Civil Rights and Black Power movements of the 1960s and 1970s.

“In African American intellectual history, religious skepticism, agnosticism, atheism, and secular humanism have long been lost in the shadow of the black church. Taking a closer look at the evidence, Cameron shows that the experience of slavery and the degradations of proslavery Christianity also led some enslaved and free blacks in the nineteenth century to varieties of unbelief. This tradition laid a foundation for the next century, from the Harlem Renaissance to the Black Power movement and beyond. With deft readings of a host of fascinating figures, Cameron shows how black freethinkers made important interventions in American culture.” —Christopher Grasso, author of Skepticism and American Faith: From the Revolution to the Civil War

J.T. Roane: Books have creation stories. Please share with us the creation story of your book — those experiences, those factors, those revelations that caused you to research this specific area and produce this unique book.

Christopher Cameron: Like countless scholars of African American religion, I began this project after reading Al Raboteau’s classic book Slave Religion. Toward the end of the work, he mentions that not all slaves “took solace in religion” and some could not believe in a just and all-powerful God who would allow his people to suffer under slavery. Raboteau’s discussion of atheism and agnosticism occupies just two pages yet was incredibly intriguing to me, as I’d encountered no other historians who explored religious skepticism in nineteenth-century slave communities. This discovery led me to begin searching for examples of Black freethinkers, both in the era of slavery and in the twentieth century, and what I found convinced me that Black freethought was much more prevalent and important than scholars have realized.

Following up on the discussion of atheism among slaves in Raboteau’s book, I began the research for Black Freethinkers by reading dozens of slave narratives. While historians have used these sources to document various aspects of slave religiosity, they are also useful sources to document the presence of religious skepticism in southern slave communities. For later chapters of the book, novels such as Nella Larsen’s Quicksand and Richard Wright’s The Outsider, poetry, memoirs, newspapers, and periodicals such as The Messenger and The Crusader were key sources. I likewise found archival sources such as letters, unpublished memoirs, sermons, and records of liberal congregations such as the Harlem Unitarian Church to be incredibly valuable in teasing out the connections between secularism and Black radical politics in the interwar era.

This research led me to conclude that African American freethought began as a response to the brutality of the institution of slavery and developed in tandem with movements such as the New Negro Renaissance and Black Power. The book demonstrates that religious skepticism was prevalent among some of the most prominent voices in African American history, including Frederick Douglass, W.E.B. Du Bois, A. Phillip Randolph, Richard Wright, James Baldwin, Lorraine Hansberry, Huey Newton, and Alice Walker. And these were not simply intellectuals and political activists who happened to be freethinkers but rather, people whose political ideology/activism and literary production were profoundly shaped by their religious skepticism. Black Freethinkers thus helps us to more fully understand the intersections between irreligion and African American literary, intellectual, and political history.