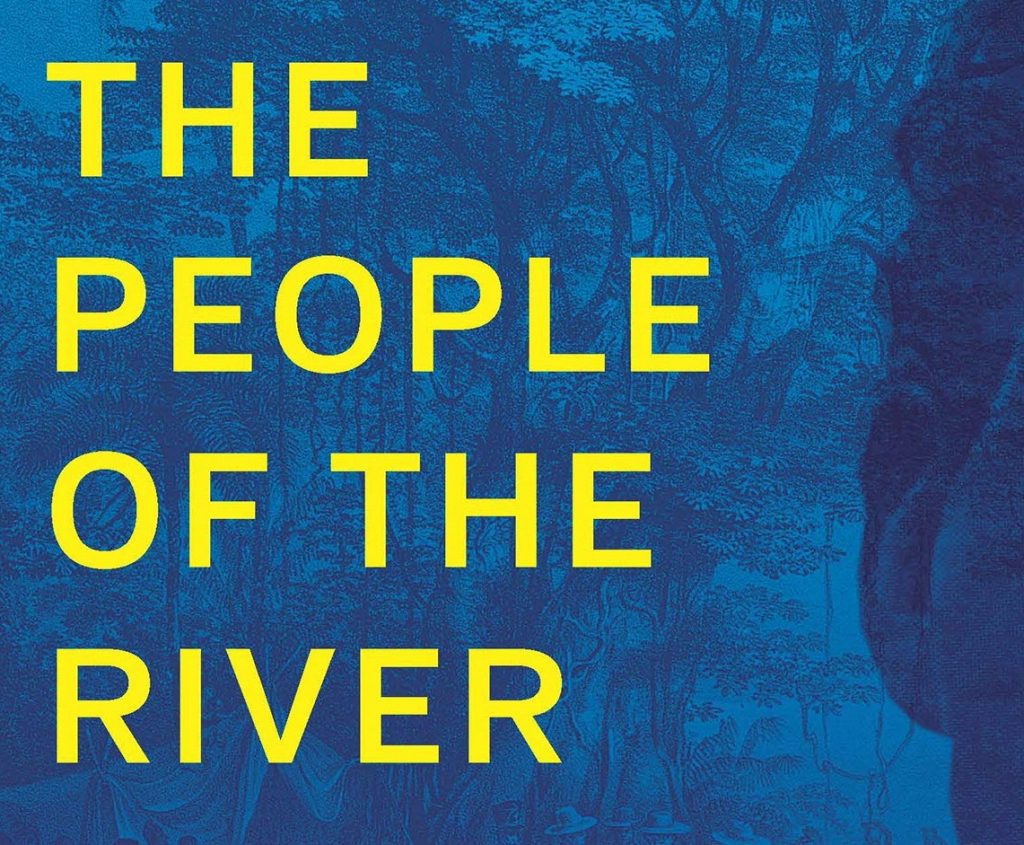 The question of Black peoples’ relationship to the natural environment is a complex one. Overwhelmingly, scholarly discourse on this relationship has focused the fact that Black populations disproportionately face the burden of living, working, and playing in polluted environments. This plight of environmental racism is very true and very real, and it needs to be constantly called out and challenged at every opportunity. But, recently scholars, such as Carolyn Finney, have voiced concern that our isolated focus on this matter may be actually accomplishing something that is counter intuitive to our goals. Finney argues that we may fall into the trap of essentializing the Black relationship to the environment within this one framing, excluding the fact that Black people not only recreate and enjoy natural spaces, but also Black people have historically been protectors, stewards, and knowledge holders of the natural environment in many spaces.

This is precisely the contribution of Oscar de la Torre’s historical analysis of Black Amazonia, The People of the River: Nature and Identity in Black Amazonia, 1835-1945. In this book, De la Torre takes the reader on a journey through the long history of Blackness in the Brazillian Amazon and the process of “environmental creolization”, which refers to the familiarity and knowledge of the natural landscape which opened economic and liberatory opportunities to enslaved and free Black Amazonians (7). De la Torre aims to situate the present struggle for recognition of Black lands in Brazil within Brazil’s larger history of Black marronage and peasant struggles for autonomy. The author focuses on the formation of Black peasant identity rooted in the past struggles of Black Amazonian maroon and peasant communities (4).

The People of the River: Nature and Identity in Black Amazonia, 1835-1945 intervenes in two arenas of discourse. First, De la Torre wants to highlight the existence of Black Amazonians and their role as advocates for the region (11). While urban areas in Brazil are frequently discussed as Black geogrpahies, Amazonia is rarely mentioned as a Black geography. As De la Torre puts it, Amazonia is seen as not belonging to the African Diaspora (3). De la Torre asserts that previous scholarship has highlighted the role of indigenous labor in the region while neglecting the role and history of enslaved Africans. The author suggests that this may be due to the lower numbers of imported enslaved people to the region in comparison to other areas of Brazil. But, throughout the book, De la Torre provides evidence which suggests that this region, the state of Pará in particular, had a thriving dependence on slave labor, as well as indigenous labor (12). In fact, in Chapter Three, the author discusses exactly how Pará was able to keep slave numbers up without high import rates. Chapter Three describes an internal reproduction of slave labor in Pará. While De la Torre does not word it this way, the slave population in Pará was upheld and maintained by the labor of Black women’s bodies. That is to say, slave numbers are kept afloat through the birth of Black people into slavery. De la Torre informs us that even with the 1871 Free Womb Law, which freed children born of enslaved women after 1871, these children were often still de facto slaves. Thus, although Pará was not a main site of the import of enslaved African people, De le Torre asserts that the enslavement of Black persons had a strong hold in the area. 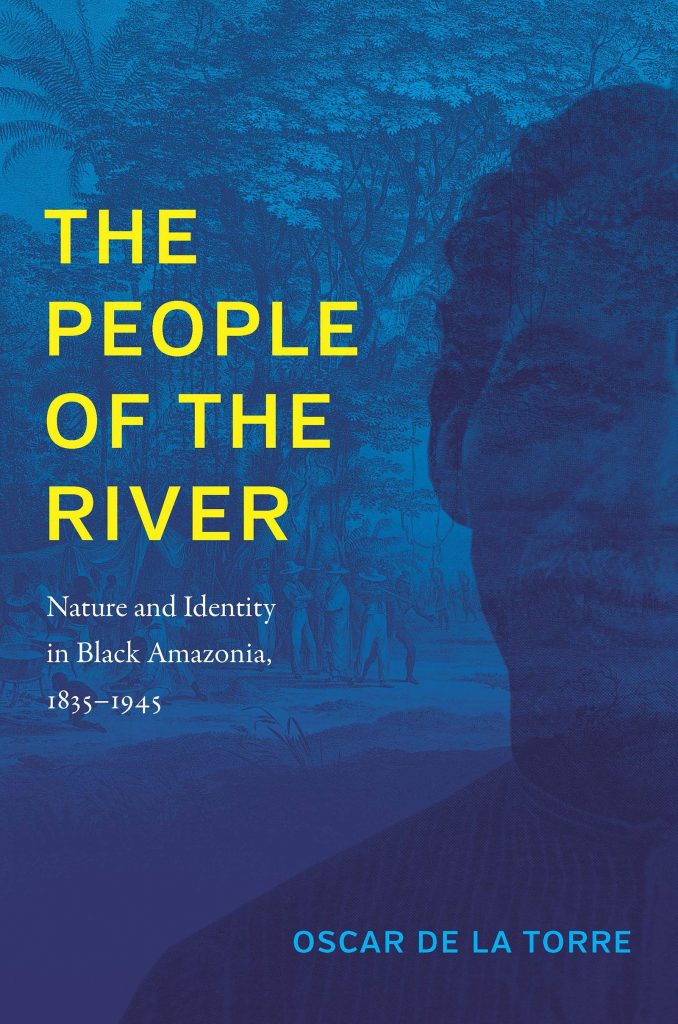 De la Torre’s chronological explanation of the struggle of Black Amazonians presents an evolving relationship with the local environment whose mysterious and complicated nature became an ally in the liberation of enslaved peoples. In Chapter Two, the readers learn how knowledge of the natural landscape was the key to escape and the survival of maroon communities, or Quilombos. Their knowledge of the natural landscape allowed them to escape slavery, sometimes many times. It allowed them to trade with merchants. It helped them to avoid capture and colonization for some time. This knowledge was complemented by help from merchant, indigenous, and other Black allies who traded with and warned these communities of slave patrols and government expeditions to find these hidden communities (44). In Chapter Three, De la Torre suggests that a command of the local environment made for a better life even within slavery as it allowed for enslaved persons to participate in what the author refers to as a parallel economy. De la Torre’s notion of parallel economy differs from an internal economy of slavery because this economy involved larger quantities of resources, larger circuits of trade, and spanned a larger geographic space (52). Chapter Four explains how and why Black exploitation and the colonization of the mocambieros, territory occupied by maroon descendant communities, expanded post-emancipation. The primary driver of the legal and extralegal colonization of these spaces in the late 19th and early 20th century was the privatization of Brazil nut groves (74). De la Torre explains that the biophysical processes of the Brazil nut tree, which was understood to take decades to produce, drove the desire to colonize and privatize what was once public lands occupied by maroon descendants (79). Since the tree took so long to produce, colonizers wanted the land where trees were already producing as well as the labor that was familiar with the crop and land (79). In the following chapters, De la Torre explains how the Brazilian state, at times, stifled, but most often facilitated the colonization and privatization of these lands over time. Further, the author explains how Black Amazonians drew upon the struggles of their maroon ancestors to form an identity, make claims to space, and push for autonomy and sovereignty.

If one is looking for a thoretical analysis of Black peasants stuggle for liberation, then this piece may not meet your expectations. This is a rather empirical and archive driven text, although there are various aspects of the book that would benefit from deeper theoretical engagement, especially critical race or Black feminist theory. For example, I had hoped to see De la Torre’s framing of slave population numbers and enslaved family life analyzed through a Black feminist perspective. De la Torre argues that the quality of life as an enslaved person in Pará may have been better because they were enslaved in family units. This argument is built off of a conversation between an (assumed white) American naturalist, Edwards, and an enslaved Black Paraense tour guide, Hilario. The quote is found in Edwards’s writings about his time in Pará. The quote from Edwards writings states, “‘I do not buy my freedom, because I am not a fool.’ He had a good master, he had a wife… and he did not have care or trouble. Thus he was contented” (52). De la Torre makes a connection between the number of enslaved persons being born into slavery rather than imported. The author suggests that these numbers may be the result of being enslaved in family units. This discussion leaves out the known fact that Black women were sytematically raped in slavery to produce greater numbers of enslaved person.

What’s more is that this assessment of enslaved life is built off of the writing of a white man, whom De la Torre recognizes would likely aim to romanticize slavery. This reminds me of Hershini Bhana Young’s Illegible Will, which discusses the difficulty of reading Black consent, will, and meaning in the archive.

Throughout the course of the book, the readers are presented with a chronological transformation of the relationship between Black Amazonian communities and the Brazilian state. The text argues that Black Amazonians evoke tropes of their ancestors’ relationship and occupation of the natural landscape to assert identity, belonging, and thus, citizenship. Citizens refer to holders of rights that must be protected by the Brazilian state (2, 114). The rights discussed in this text mainly regard rights to land ownership and access to public space. This discussion somewhat contrasts with discourse on citizenship and Blackness within Black Studies. Within Black Studies and Black Geogrpahies, scholars, such as Christina Sharpe, argue that to be Black is to be without citizenship and state protection. Sharpe states, “We are Black peoples in the wake with no state or nation to protect us, with no citizenship bound to be respected.” De la Torre’s analysis of how these populations have asserted rights to space based on environmental tropes and connections to ancestors contributes to the discourse on the complicated conception of Blackness and citizenship.

This piece provides strong empirical analysis that pushes forward discourse on Blackness and the natural environment, particularly as it crosses with Black liberation struggles. By adding this environmental perspective to discourse on marronage and Black liberation struggle, De la Torre is contributing to the reframing of the Black relationship to the environment. The People of the River: Nature and Identity in Black Amazonia, 1835-1945 demonstrates how Black populations have had intricate and profound relationships and knowledge of their local environments, a knowledge that has been integral to a struggle for liberation. This text provides new insight into our understanding of Black identities of Brazil and beyond.

Tianna Bruno is a PhD Candidate in the Department of Geography at the University of Oregon. Bruno's research interests include environmental justice, critical race studies, and political ecology. Follow Bruno on Twitter @Aunt_Ti.