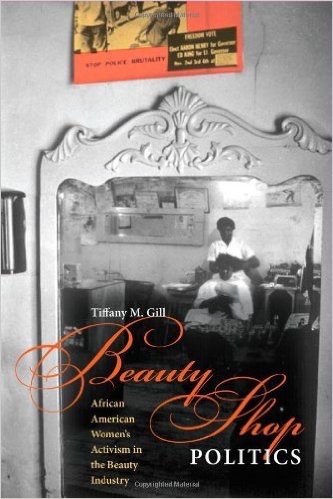 My view of what intellectual history, as I noted in the chat, is that it is the sub-discipline of history that deals with the ideas and symbols that people use to make sense of the world. A guiding assumption of this sub-discipline is that human beings depend upon the use of language, which gives meaning to individual lives. Another assumption of intellectual historians is that human beings cannot live in the world without theories about what they are doing. These theories may be explicit or implicit, but they are always present and make up our cultural construction of reality, which again, depends upon symbols and language. So intellectual history is not about what people did, necessarily, but more about what they thought they were doing.

By nature, intellectual history is an interdisciplinary field, and there are many approaches that scholars take to studying the history of ideas. I would like to outline five of the most prominent of these approaches.

One approach to intellectual history is treating it as an extension of social history. In this approach, studying ideas becomes a way to understand the social world. For scholars working in this area texts are often seen as a reflection of the social context and can confirm what you think is happening in the world. This approach has been most influenced by the field of sociology. A good example of this would be Milton C. Sernett’s work Bound for the Promised Land, which explores how a massive social movement, the Great Migration, affected Black religious thought in the early-20th century.

Another approach would be what are called textual historians. These historians are most interested in looking at great books and how great authors debated with each other, and there is less emphasis on the social context. This approach has been very much influenced by literary theory. Michael Lackey’s work African American Atheists and Political Liberation would fit into this category. Lackey does an excellent job analyzing the intellectual and cultural aspects of Black atheism during the interwar period but does not focus on the broader social context.

A third major category of intellectual historians are psychobiographers. For these scholars, the individual life of the author is central to understanding a text. Rather than assuming that a text reflects the social context, as scholars in the first category do, psychobiographers assume that the text reflects the individual psychological life of the author. This field, of course, has been very much influenced by the discipline of psychology. Michael Eric Dyson’s biographies of Tupac Shakur and Martin Luther King Jr. are both useful examples of psychobiography.

The fourth major approach to intellectual history can be termed the collective cultural values approach. Scholars in this area examine the values that people shared in an unconscious way, examining language, symbols, traditions. This field of intellectual history has been very much influenced by the rise of cultural anthropology, especially during the 1970s and early 1980s. Shane White and Graham White’s Stylin’ would fit into this category.

The fifth approach that many intellectual historians take can be called the social history of ideas. These scholars are very interested in the diffusion of thought. So they are concerned both with the ideas themselves and also with the mechanisms through which ideas are spread, such as colleges, publishing houses, newspapers, etc. Scholars of Black thought have creatively shown how ideas are spread in nontraditional arenas, including sports venues, as Davarian Baldwin demonstrates in Chicago’s New Negroes, or beauty parlors, as Tiffany Gill shows in Beauty Shop Politics.

This list is by no means an exhaustive one and I’d love to hear your thoughts on other major approaches to the field that you or others have taken, as well as approaches that you think scholars in the future should take.