This post is part of our blog series that announces the publication of selected new books in African American History and African Diaspora Studies. Albert Luthuli was recently published by Ohio University Press. 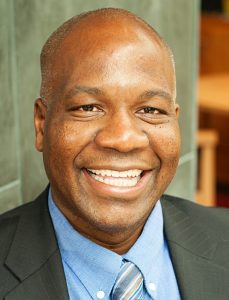 The author of Albert Luthuli is Robert Trent Vinson, the Frances L. and Edwin L. Cummings Associate Professor of History, Africana Studies and International Relations at William and Mary. He earned his Ph.D. in African History from Howard University. He is the author of The Americans are Coming!: The Dream of African American Liberation in Segregationist South Africa (Ohio University Press, 2012) and Albert Luthuli (Ohio University Press, 2018). Vinson is also the co-author of two books in preparation: Shaka’s Progeny: The Cultural Politics of Global Zulu Identities in 20th century South Africa and the Americas, co-authored with Benedict Carton and Crossing the Water: African Americans and South Africa, 1890-1965, a documentary history co-edited with Robert Edgar and David Anthony (forthcoming, Ohio University Press). Vinson has also published several book chapters and articles and reviews, including in the American Historical Review, the Journal of African History, the African Studies Review, the Journal of Southern African Studies and the Journal of American Studies. Vinson is on the editorial board of Michigan State University Press and Safundi: The Journal of South African and American Studies. Follow him on Twitter @robertvinson20. 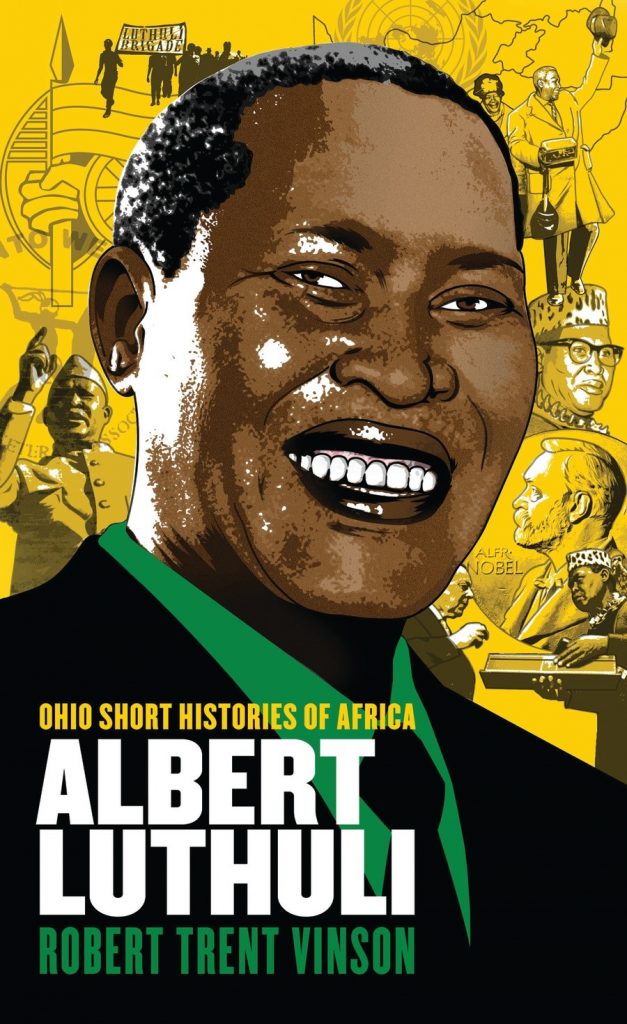 Unlike previous studies, this book places Luthuli and the South African antiapartheid struggle in new global contexts, and aspects of Luthuli’s leadership that were not previously publicly known: Vinson is the first to use new archival evidence, numerous oral interviews, and personal memoirs to reveal that Luthuli privately supported sabotage as an additional strategy to end apartheid. This multifaceted portrait will be indispensable to students of African history and politics and nonviolence movements worldwide.

Robert Trent Vinson: Scholars of South African history vehemently debate whether Luthuli sanctioned the African National Congress (ANC)’s turn to armed struggle with the ANC-affiliated military wing known as Umkhonto we Sizwe (MK). MK began its sabotage campaigns with several bomb blasts just days after Luthuli received the Nobel Peace Prize in December 1961, and on the very night that he returned to South Africa. The MK explosions raised controversial debates that continue today: Was Luthuli complicit in MK’s incendiary debut and thus disingenuous to Nobel luminaries about his commitment to nonviolence? Or did Luthuli’s trip to Norway give ANC renegades the opportunity to contravene his strategy of civil disobedience?

Contrary to prevailing scholarly claims that Luthuli was unconditionally opposed to Nelson Mandela’s armed struggle proposals, I use the newly available Luthuli papers, along with numerous oral interviews, and personal memoirs, to argue instead that Luthuli, while publicly affirming his non-violent preferences, privately supported MK’s initial sabotage campaign as an additional strategy to end apartheid. Luthuli recognized that the violent apartheid regime responded to his stirring campaigns of nonviolence and his revolutionary and inspirational visions of a harmonious, multiracial post-apartheid South Africa with more violence. In the aftermath of the Sharpeville massacre, when government police killed at least 69 Africans protesting pass laws, the regime banned the ANC, the Pan-Africanist Congress (PAC) and other anti-apartheid groups, and outlawed even non-violent protest. South Africa’s powerful Cold War allies like the US and Great Britain enabled this regime of terror. As permanent members of the United Nations Security Council, they blocked punitive sanctions against South Africa passed by the UN General Assembly. In this context, Luthuli accepted the separate formation of MK and its measures of armed self-defense and sabotage while insisting that the ANC would maintain its nonviolent policies.

Beginning in the 1980s, a number of comparative racial histories of South Africa and the United States examined the broadly similar historical trajectories of South Africa and the United States, beginning with 17th century European colonial settlement, followed by violent conflict with indigenous peoples, racial slavery and segregation, Black labor exploitation in agrarian and industrializing societies, persistent Black freedom struggles and ongoing challenges to build an equitable multiracial democracy. Albert Luthuli and my first book The Americans Are Coming!: Dreams of African American Liberation in Segregationist South Africa, which examined how Africans incorporated Garveyism and the ideals about “American Negroes” into their freedom struggles, is part of a larger scholarly effort to move beyond insular, nation-bounded South African historiography and comparative frameworks to instead emphasize the many transnational dimensions of South African history in both the Atlantic and Indian Ocean basins. Thus, I place Albert Luthuli in a variety of overlapping domestic and international contexts, demonstrating his travels to India and the US, his Pan-Africanism, Afro-Asian solidarities, his International Human Rights activism and his engagement with the US Civil Rights movement.