Today we continue to honor the life and legacy of Professor Cedric Robinson who passed away earlier this week. Dr. Robinson was a beloved scholar and mentor who authored several foundational texts including Black Marxism: The Making of the Black Radical Tradition and Terms of Order: Political Science and the Myth of Leadership and Black Movements in America. We began with reflections from Professors David J. Leonard,  Josh Myers and Minkah Makalani. In today’s post, Dr. Cara Moyer-Duncan reflects on Dr. Robinson’s influence as a teacher and mentor.

As a first year student at UC Santa Barbara, I took a course with Professor Robinson on Contemporary Black Cinema. I took this course because it sounded interesting and probably fulfilled a requirement. I had no idea it would change my life. Professor Robinson challenged me (and all of his students) to understand how the filmic representation of race so profoundly shapes the way we see and understand ourselves and those around us. He introduced me to Oscar Micheaux, Charles Burnett, Julie Dash and many others who are so often neglected in cinema studies courses.

Professor Robinson awakened a desire in me to understand and challenge the way Eurocentricism structures the production and dissemination of knowledge and culture. I could not wait to take another class with him, so the next quarter I enrolled in Blacks in Western Civilization. Soon after, I was eager to take another course with him on the African American image in film.

Professor Robinson often took time to chat with me before class. Through these conversations, as well as my written work and engagement in class, he noticed my interest and he encouraged it. I will never forget the day he suggested that I major in Black Studies. My first reaction was, “What am I going to do with that?” Within moments, it hit me, “Of course I should major in Black Studies, then I can be a professor like Dr. Robinson.”

Although I can never be Professor Robinson (no one can!), I do hope one day to inspire a student the way he has inspired and continues to inspire me. He urged me to study abroad in South Africa, he served as my senior thesis advisor, and he encouraged me to pursue graduate studies and to research South African cinema. Some 15 years later, I am now a professor of Africana Studies. This past year as the college where I teach, and many others, have been faced with student protests around the failure to meaningfully transform curriculum and teaching practices to better reflect and engage a diversity of perspectives and experiences, I have often thought about Professor Robinson and what it means to be a transformational teacher.

There are many things I will remember about Professor Robinson – his joyous laugh, the way he made a fanny pack look cool, how he broke down imagery in films like In the Heat of the Night and Foxy Brown, watching his program on politics on Santa Barbara’s local television station, but mostly I will remember the time he took to nurture a young scholar.

His intellect, his incisive wit, and his deep commitment to advancing our understanding of black struggles are so needed right now, but as long as we continue to engage his ideas and say his name, Cedric Robinson will live on through his scholarship and his students. 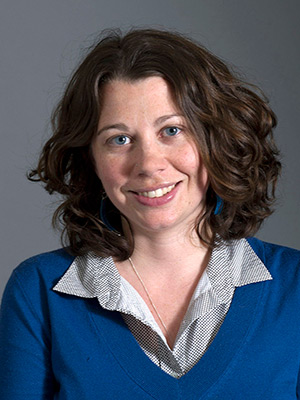 Cara Moyer-Duncan is Assistant Professor of African Studies at Emerson College. Her scholarly interests are in the areas of Africana and Cultural Studies. She teaches courses on culture and identity; black intellectual and cultural practices; African cinema and literature; race, class and culture in South Africa; and art and social change. Moyer-Duncan is the author of several journal articles, book chapters, and film reviews, including “New Directions, No Audiences: Independent Black Filmmaking in Post-Apartheid South Africa” in Critical Interventions: Journal of African Art History and Visual Culture, “Truth, Reconciliation and Cinema: Reflections on South Africa’s Recent Past in Ubuntu’s Wounds and Homecoming” in Art and Trauma in Africa: Representations of Reconciliation in Music, Visual Arts, Literature and Film, and a review of the South African documentary Miners Shot Down in African Studies Review. She is working on her first monograph, a study of the representation of race and nation in post-apartheid South African film. Moyer-Duncan was a Sasakawa Young Leaders Foundation Fellow and Frederick Douglass Doctoral Scholar at Howard University, and a Visiting Scholar at the Centre for African Studies at the University of Cape Town where she completed field research on South African cinema.