loading...
By AAIHS Editors March 4, 2019 Comments Off on 2019 Finalists for the Pauli Murray Book Prize in Black Intellectual History 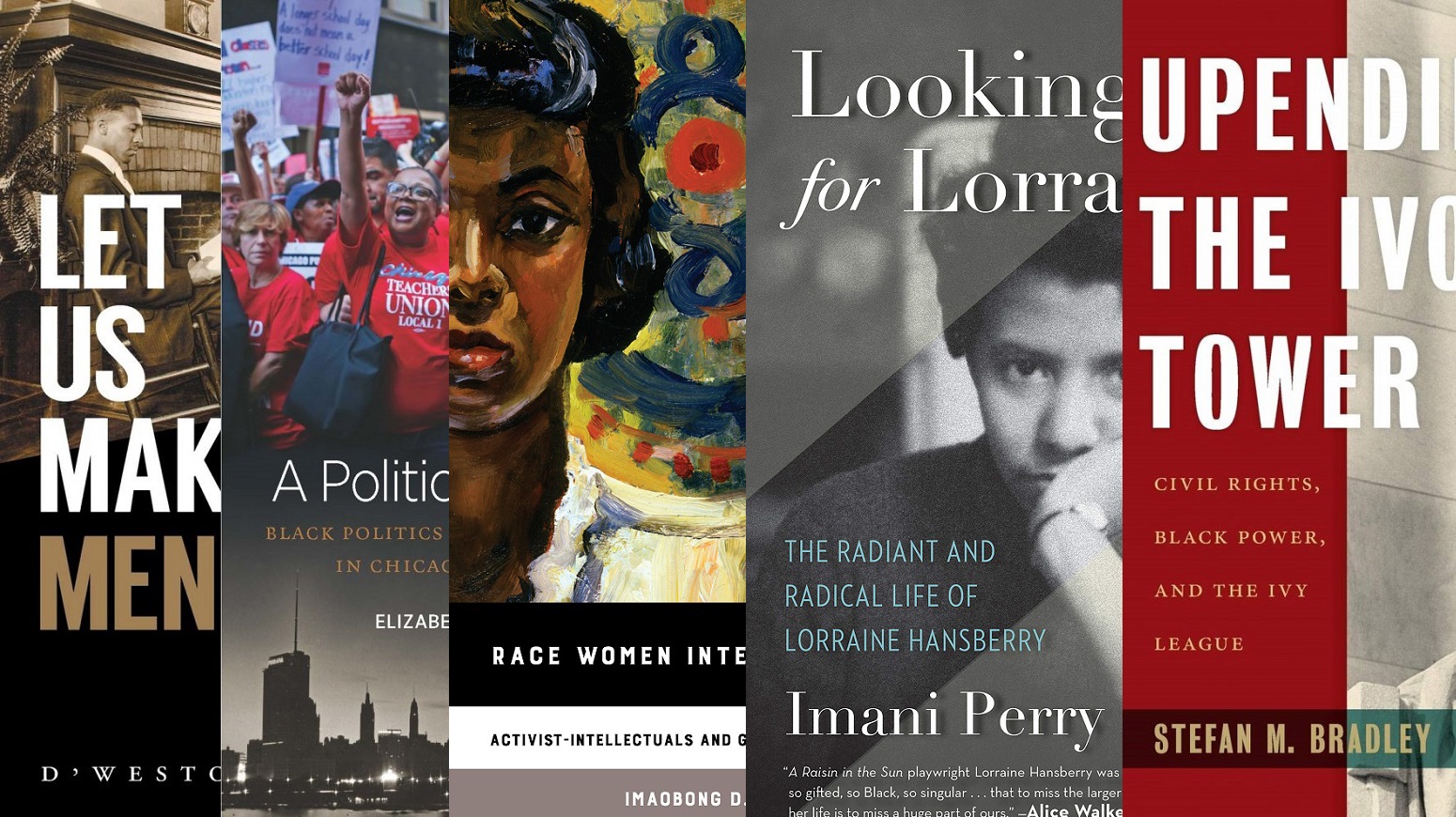 The African American Intellectual History Society (AAIHS) is pleased to announce the finalists for the second annual Pauli Murray Book Prize for the best book in Black intellectual history. Named after lawyer, author, and women’s rights activist-intellectual Pauli Murray, this prize recognizes the best book concerning Black intellectual history (broadly conceived) published between January 1, 2018 and December 31, 2018 by a member of AAIHS. The winner of the 2019 Pauli Murray Book Prize will receive $1,000, a featured week-long roundtable on the book in Black Perspectives, and a featured interview published in Black Perspectives.  The award winner will be announced at the 2019 AAIHS Conference, which will be held at the University of Michigan from March 22-23, 2019. Here are the five finalists selected by this year’s fellowship committee. 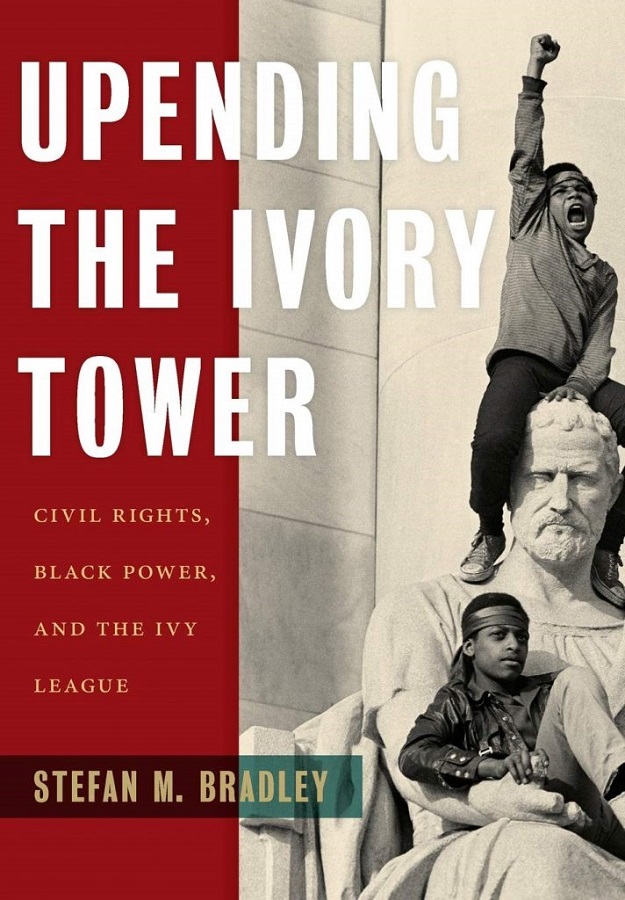 Upending the Ivory Tower illuminates how the Black Power movement, which was borne out of an effort to edify the most disfranchised of the black masses, also took root in the hallowed halls of America’s most esteemed institutions of higher education. Between the close of WWII and 1975, the civil rights and Black Power movements transformed the demographics and operation of the Ivy League on and off campus. As desegregators and racial pioneers, black students, staff, and faculty used their status in the black intelligentsia to enhance their predominantly white institutions while advancing black freedom. Although they were often marginalized because of their race and class, the newcomers altered educational policies and inserted blackness into the curricula and culture of the unabashedly exclusive and starkly white schools. This book attempts to complete the narrative of higher education history, while adding a much needed nuance to the history of the Black Power movement. It tells the stories of those students, professors, staff, and administrators who pushed for change at the risk of losing what privilege they had. Putting their status, and sometimes even their lives, in jeopardy, black activists negotiated, protested, and demonstrated to create opportunities for the generations that followed. The enrichments these change agents made endure in the diversity initiatives and activism surrounding issues of race that exist in the modern Ivy League. 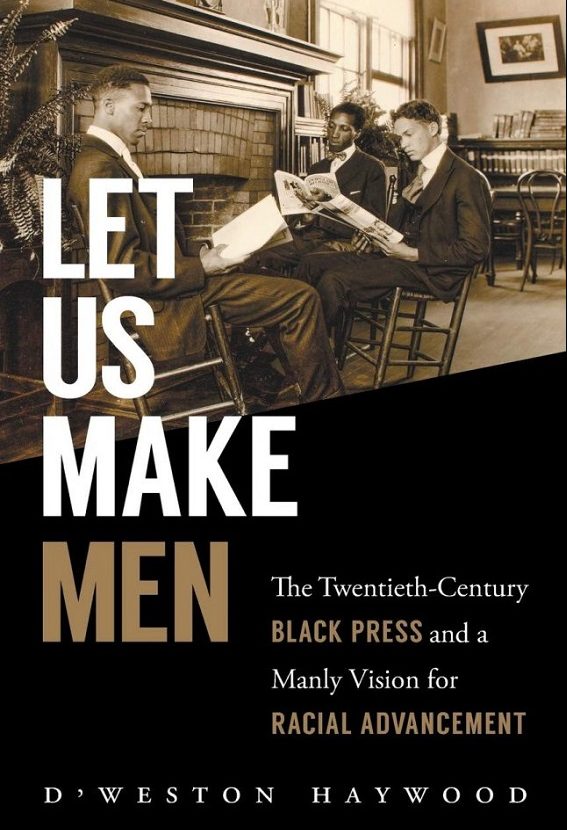 During its golden years, the twentieth-century black press was a tool of black men’s leadership, public voice, and gender and identity formation. Those at the helm of black newspapers used their platforms to wage a fight for racial justice and black manhood. In a story that stretches from the turn of the twentieth century to the rise of the Black Power movement, D’Weston Haywood argues that black people’s ideas, rhetoric, and protest strategies for racial advancement grew out of the quest for manhood led by black newspapers. This history departs from standard narratives of black protest, black men, and the black press by positioning newspapers at the intersections of gender, ideology, race, class, identity, urbanization, the public sphere, and black institutional life. Shedding crucial new light on the deep roots of African Americans’ mobilizations around issues of rights and racial justice during the twentieth century, Let Us Make Men reveals the critical, complex role black male publishers played in grounding those issues in a quest to redeem black manhood. 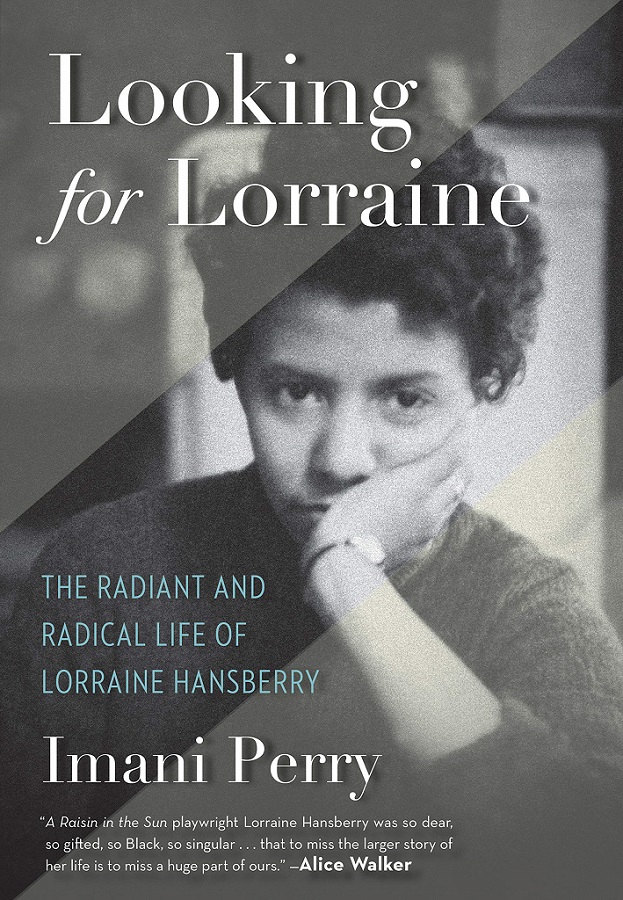 Lorraine Hansberry, who died at thirty-four, was by all accounts a force of nature. Although best-known for her work A Raisin in the Sun, her short life was full of extraordinary experiences and achievements, and she had an unflinching commitment to social justice, which brought her under FBI surveillance when she was barely in her twenties. While her close friends and contemporaries, like James Baldwin and Nina Simone, have been rightly celebrated, her story has been diminished and relegated to one work—until now. In 2018, Hansberry will get the recognition she deserves with the PBS American Masters documentary “Lorraine Hansberry: Sighted Eyes/Feeling Heart” and Imani Perry’s multi-dimensional, illuminating biography, Looking for Lorraine. After the success of A Raisin in the Sun, Hansberry used her prominence in myriad ways: challenging President Kennedy and his brother to take bolder stances on Civil Rights, supporting African anti-colonial leaders, and confronting the romantic racism of the Beat poets and Village hipsters. Though she married a man, she identified as lesbian and, risking censure and the prospect of being outed, joined one of the nation’s first lesbian organizations. Hansberry associated with many activists, writers, and musicians, including Malcolm X, Langston Hughes, Duke Ellington, Paul Robeson, W.E.B. Du Bois, among others. Looking for Lorraine is a powerful insight into Hansberry’s extraordinary life—a life that was tragically cut far too short.

Elizabeth Todd-Berland, A Political Education: Black Politics and Education Reform in Chicago since the 1960s (University of North Carolina Press, 2018) 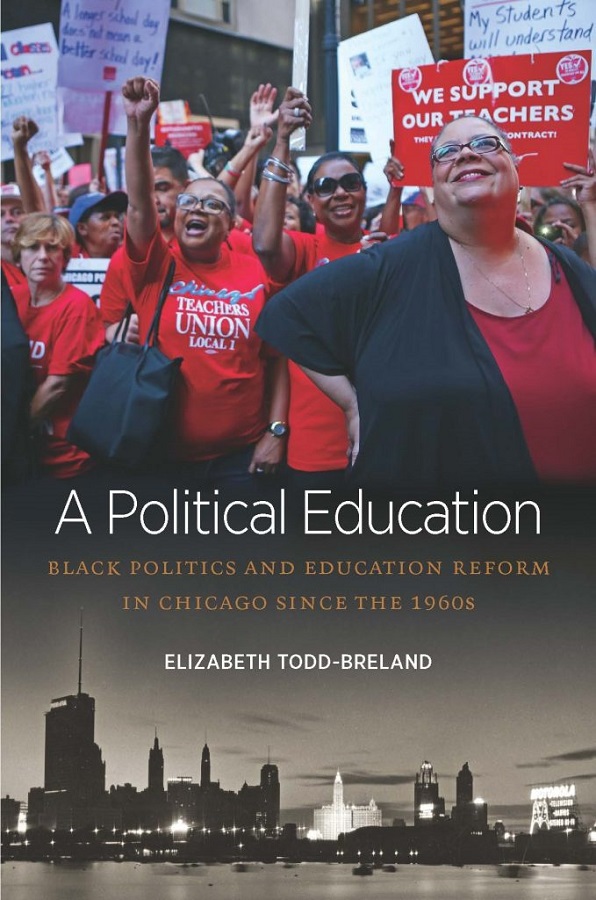 In 2012, Chicago’s school year began with the city’s first teachers’ strike in a quarter century and ended with the largest mass closure of public schools in U.S. history. On one side, a union leader and veteran black woman educator drew upon organizing strategies from black and Latinx communities to demand increased school resources. On the other side, the mayor, backed by the Obama administration, argued that only corporate-style education reform could set the struggling school system aright. The stark differences in positions resonated nationally, challenging the long-standing alliance between teachers’ unions and the Democratic Party. Elizabeth Todd-Breland recovers the hidden history underlying this battle. She tells the story of black education reformers’ community-based strategies to improve education beginning during the 1960s, as support for desegregation transformed into community control, experimental schooling models that pre-dated charter schools, and black teachers’ challenges to a newly assertive teachers’ union. This book reveals how these strategies collided with the burgeoning neoliberal educational apparatus during the late twentieth century, laying bare ruptures and enduring tensions between the politics of black achievement, urban inequality, and U.S. democracy. 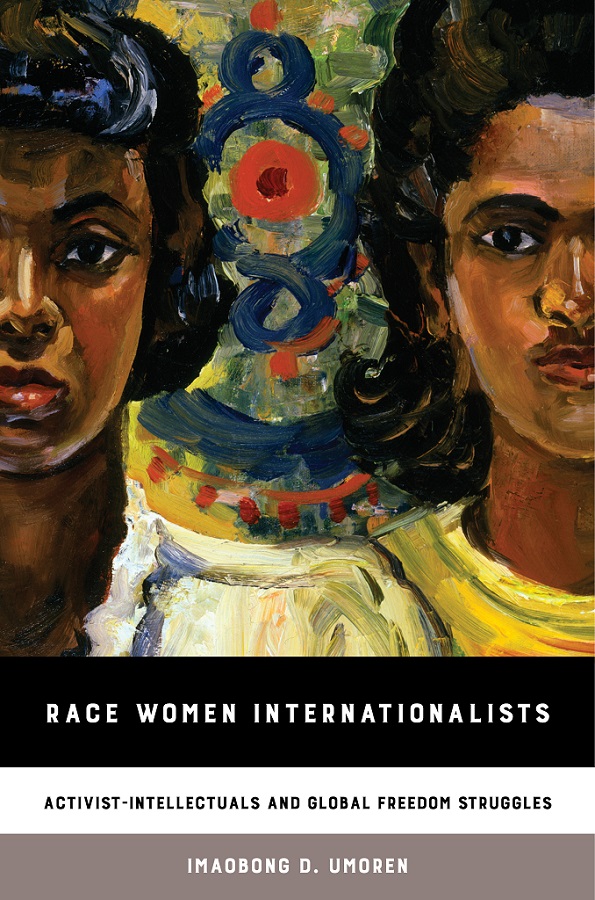 Race Women Internationalists explores how a group of Caribbean and African American women in the early and mid-twentieth century traveled the world to fight colonialism, fascism, sexism, and racism. Based on newspaper articles, speeches, and creative fiction and adopting a comparative perspective, the book brings together the entangled lives of three notable but overlooked women: American Eslanda Robeson, Martinican Paulette Nardal, and Jamaican Una Marson. It explores how, between the 1920s and the 1960s, the trio participated in global freedom struggles by traveling; building networks in feminist, student, black-led, anticolonial, and antifascist organizations; and forging alliances with key leaders. This made them race women internationalists—figures who engaged with a variety of interconnected internationalisms to challenge various forms of inequality facing people of African descent across the diaspora and the continent.