In recent years, we have witnessed a resurgence of black political activism and scholarship in response to a televised wave of police brutality across the nation. The growing public and scholarly awareness around this issue can be attributed in no small part to Black Lives Matter (BLM), a nationwide—and increasingly global—movement to end unjust police killings. In 2013, after neighborhood watchman George Zimmerman was acquitted of the shooting death of unarmed teenager Trayvon Martin, black activists Alicia Garza, Patrisse Cullors and Opal Tometi created #BlackLivesMatter as a call to action against anti-black racism and in an effort to bring awareness to the systemic problem of state-sanctioned violence against black people in the United States.

If the recent string of police killings of unarmed black people has taught us anything, it underscores that all the public discourse on hope and opportunity in a supposedly post-racial society is nothing short of a national myth. “Hope” and “opportunity” are words deeply ingrained in our collective psyche and embedded in American political discourse. But, what is the meaning of hope in a world where black lives do not matter? How can we fully dream of opportunity when, as black people, our very lives and dreams can be disposed of at any moment? How can we talk about hope and opportunity when we are being denied our basic human rights of dignity and respect?

Black Lives Matter brings these questions to the forefront of US and global politics—and the Movement for Black Lives’ (M4BL) vision statement seeks to answer them. Both the movement and the document bring attention to a plethora of persistent challenges that circumscribe the lives of all black people–queer, trans, and cis–on a daily basis. It serves as a reminder that for all the gains of the Civil Rights-Black Power era, many of the promises remain unfulfilled. The persistence of racial inequality, the disproportionate employment opportunities for African Americans, and the unprecedented levels of mass incarceration–just to make a few–affirm the significance and the need for BLM in this crucial moment. If there ever was a time we needed to boldly declare, without fear and intimidation, that “Black lives matter,” it is now.

Roughly a week after we decided to organize and moderate this online forum, we received yet another indication as to why this forum was necessary. In late August, documents were leaked showing that Democratic officials were offering candidates “best practices” on engaging BLM activists. In this internal memo, dated November 19, 2015, Democratic candidates were advised not to promise support for the “concrete policy positions” of Black Lives Matter. Instead, candidates were advised to listen in small groups, and essentially do nothing.

Republican and Democratic lawmakers and members of the media could try to sweep these policy demands under the rug during this election season. But what they cannot sweep under the rug is the political consciousness of those of us who are deeply committed to black power, freedom, and justice. That is why this online forum is so important. It encourages the serious engagement of these six policy demands: 1) end the war on black people; 2) reparations; 3) invest-divest; 4) economic justice; 5) community control; and 6) political power. It provides a forum for some of the nation’s leading scholars —Gerald Horne, Duchess Harris, Peniel Joseph, Clarence Lang, Megan Ming Francis, Trimiko Melancon, Hasan Kwame Jeffries and Matt Delmont–to respond to the visionaries who carefully constructed these demands. 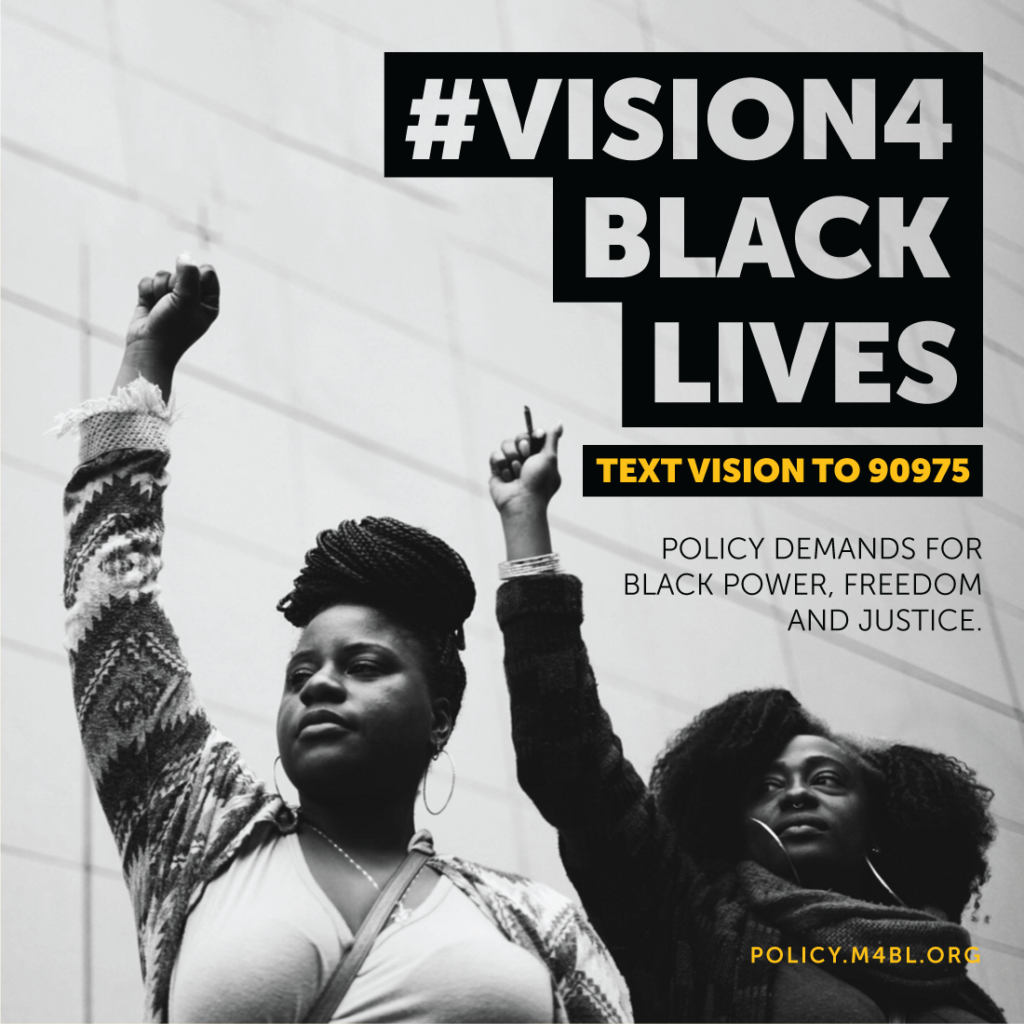 Now more than ever, we believe that antiracist scholars and activists (and scholar-activists) must be in constant communication. Scholars must amass the courage to leap from their ivory and ebony towers and be at the forefront, not the sidelines, of movements for social justice in an era of Black Lives Matter. We believe this is the essence of the black intellectual tradition. This is the purpose of this online forum.

Keisha N. Blain, the senior blog editor of AAIHS, is an historian of the 20th century United States with broad interdisciplinary interests and specializations in African American History, the modern African Diaspora, and Women’s and Gender Studies. She is currently completing her first book, Contesting the Global Color Line: Black Women, Nationalist Politics, and Internationalism (University of Pennsylvania Press). Follow her on Twitter @KeishaBlain.

Ibram X. Kendi, the associate blog editor of AAIHS, is an assistant professor of African American history at the University of Florida. He is the author of the award-winning book, The Black Campus Movement: Black Students and the Racial Reconstitution of Higher Education, 1965-1972 (Palgrave Macmillan, 2012). His second book, Stamped from the Beginning: The Definitive History of Racist Ideas in America, was recently released by Nation Books. Follow him on Twitter @DrIbram.

Comments on “With Love and Respect: #ScholarsRespond to A Vision for Black Lives”