I am pleased to announce that I accepted a job offer at Towson University, which is in the Baltimore community! As noted in my post back in April, accepting a job offer was an extremely difficult decision that was based on many important factors. I am excited with my decision and look onward to life at a new university.

Mid-April (shortly after my job acceptance), I (like most of America) shifted focus to the news of Freddie Gray. My eyes were glued to the television as we all watched the public outcry from Baltimore. As more and more details unfolded about Freddie Gray’s death, it became increasingly clear that Ferguson (Trayvon Martin), Oakland (Oscar Grant), and Staten Island (Eric Garner) were not distant places from history’s past. Racial injustice and police brutality were very present. For me, it placed me that much closer to (my soon to be) home.

I was stunned that week when a colleague questioned my decision to accept a job in the Baltimore community. She asked, “Are you sure you want to go with all of the ‘riff raff’ happening in Baltimore?’ I thought the question as asinine for two reasons: 1. Because I had already accepted the job offer, and 2. Because I did not understand how Baltimore was markedly different from other U.S. cities (in terms of racial injustice and police brutality)? Sadly, it seemed as if she (a fellow woman of color) had been bitten by the “desk advocate” bug. As an urban education researcher, what better place to roll up my sleeves to help reform education, than Baltimore? What better time to help to help train pre-service teachers in regards to race and classroom dissonance (at the university level) than right there in Baltimore County? I wondered (even more), how often we (in academia) advocate for social justice, as long as it remains at arm’s length. 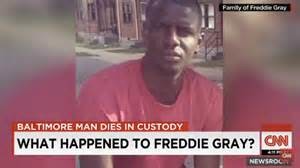 The racial, economic, and social conditions in Baltimore, which manifested live on national television, caused widespread debate. News commentators and social justice advocates argued about racial injustice, economic disparities, and the lack of fair wages in the Baltimore community. Others mentioned how Baltimore is plagued by poverty – where 60% of its citizens live below the poverty line (and even more than 60% fall into that category if/when the poverty line is readjusted). Yet, the news and images on CNN, Fox, and MSNBC were just snippets of a larger social issue (to me): education. Everyone involved – including: Baltimore citizens, news analysts, and especially the police officers – fell victim to education’s disservice in teaching civic engagement, social responsibility, and the overall respect for African American contributions. If schools were not so segregated and disproportionately funded, would Baltimore citizens have a lack of opportunity? If schools equitably taught inclusive curricula that featured the achievements of all races and ethnic groups – would the police officers in Baltimore (including Black officers) use unnecessary force on Freddie Gray in the back of the police van? This is why the #CharlestonSyllabus – which was posted and tweeted a few weeks ago – is critically important. On a K-12 level, the pervasive messages found in (or omitted from) school curricula shape students into future leaders, who will one day become police officers and/or citizens at-large.

One of my favorite personality test questions (often found on workplace assessments) asks: “Do you typically run from a problem or towards a problem?” Two days after the one-year anniversary of the Michael Brown shooting, I am reminded by some heroes and sheroes that ran towards the “problem” in their literature and scholarship: Ida B. Wells’ anti-lynching research, W.E.B. DuBois’ eighteen month study in The Philadelphia Negro, and Zora Neale Hurston’s refusal to leave the horrors of the South when her colleagues fled. As an upcoming professor of education, my focus now shifts to the students in Baltimore City and Baltimore County schools, as well as my students at Towson University. I am reminded to run earnestly towards Baltimore, to the “riff raff.”

Today, let us not forget our task (those of us who sit behind the desk) to run towards injustice. Let us refuse to keep social justice at arm’s length. Let us be reminded of the role that education plays in reforming citizenry. Most of all, let us be reminded of how important our fall/spring courses are in changing students’ lives.

Comments on ““With all of the ‘riff raff’ happening in Baltimore””