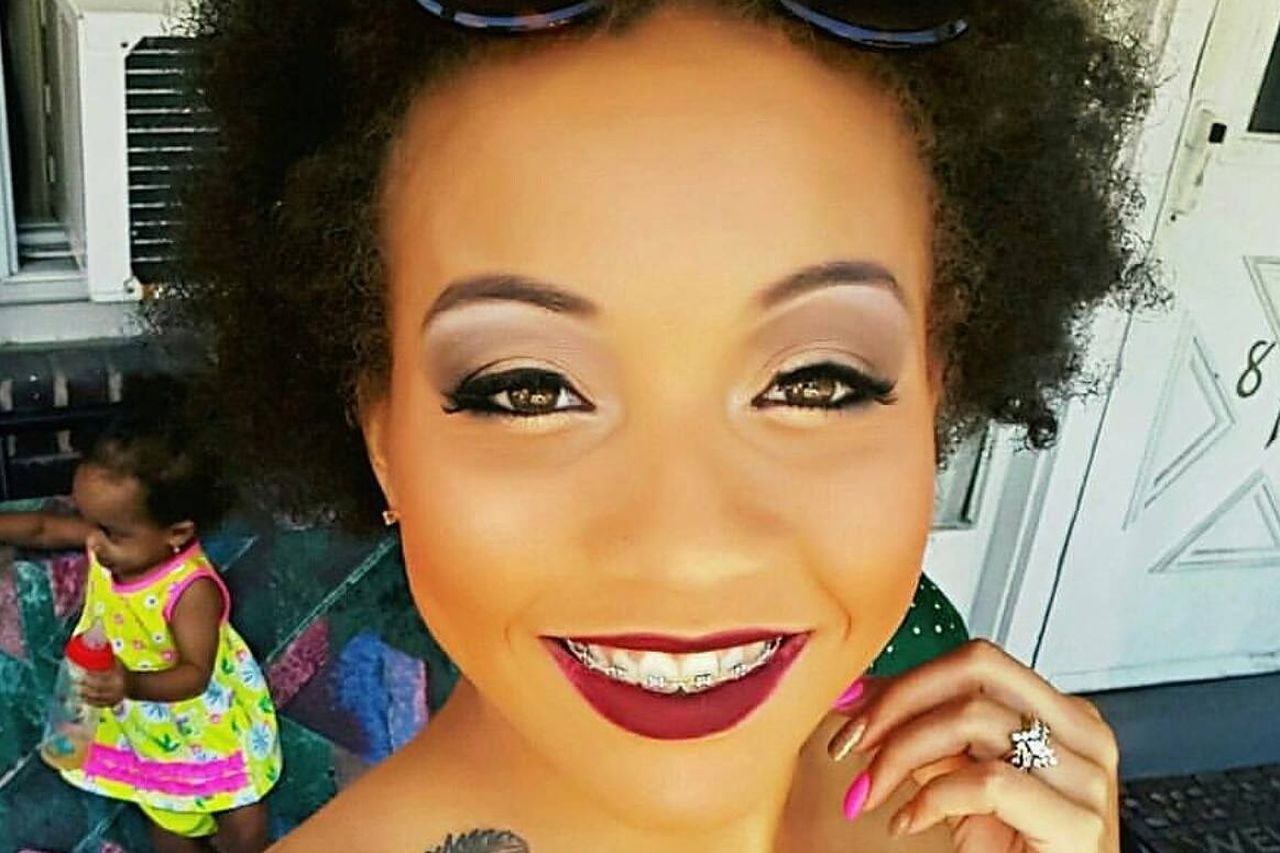 I recently had the pleasure of speaking to a group of talented black and brown sisters who were gathered for a teen leadership academy at Princeton University. Two days prior, Korryn Gaines, a 23-year-old mother of two, had been gunned down by police in her Baltimore home. This loss was very much on the minds of the students when we gathered to talk about the concept of intersectionality and its historical and contemporary role in black women’s activism.

What stays with me the most about my short time with these young ladies was the conversation that prompted this post. One student asked, in so many words, how we were to understand the willingness of some black male observers to essentially say that Baltimore police were right to kill Ms. Gaines, and that her death should not be used as a rallying cry in the fight against state violence. She asked how we were to understand this, in particular, in the midst of a black-woman-fueled movement for black lives that has asserted the preciousness of a parade of black men and boys whom the state and news media have colluded to posthumously characterize as criminal, potentially criminal, or otherwise expendable.

To that student’s question, I was able to quickly reference some things that they—mercifully—had learned before I got there. In particular, I reminded them of Claudette Colvin, and the NAACP’s calculated refusal in 1955 to take the risk of making this teen mother the face of Montgomery’s local movement. The point being that the distancing impulse they observed in some black men’s reactions to the killing of Ms. Gaines is not new, but can be read as part of an enduring desire to present sympathetic rather than problematic or complex black female victims to the broader American public.

Further, I told the young ladies that in my own research, I see a very powerful example of what can happen when black leaders decide on a counter-intuitive answer to the perennial question: “Who deserves our support?” The black leaders I study, organized black women in early twentieth century Virginia, answered in this way: “The least sympathetic, least respectable and least respected members of our community are most in need of our advocacy and most deserving of our support.”

The specific black people these women were determined to support were adolescent girls whose parents (along with courts across the state) called them “uncontrollable” and “immoral”–girls who stayed out too late, socialized with the wrong crowds, got pregnant and contracted venereal diseases. These were girls who stole, abandoned their babies, and escaped at every possible opportunity from the places where the state attempted to hold them. In their years of advocacy and fundraising to establish and sustain a school for delinquent colored girls, the women of the Virginia State Federation of Colored Women’s Clubs could not rely on the image of an innocent back girl being victimized by the state. Their argument was that the state was obligated to treat its ill-behaved black girl citizens with the same care as its ill-behaved white girl citizens. In 1915, with state backing, the Federation opened Virginia’s first reformatory for delinquent black girls, who could then avoid incarceration with adults for the first time in the state’s history. They accomplished this without idealizing the criminalized adolescents they sought to serve, and without failing to critique the social neglect and structural barriers that led to their criminalization.

The historical example of these women teaches us what Korryn Gaines’ critics seem to be missing: an individual’s actions do not negate her status as a member of a vulnerable class in society. An individual’s seeming “recklessness” does not erase the shadow of state violence and neglect looming over her life and death.

If I could go back to these young ladies, I would give them the following points as a response to any person who might argue that Korryn Gaines’ untimely death is anything less than deserving of our full attention.

Korryn Gaines’ life was shaped by the state’s failure to protect the health and safety of black children. Gaines, like fellow Baltimorean Freddie Gray, grew up in homes where lead paint peeling from the walls poisoned tens of thousands of children, impairing cognition and impulse control. This was an important part of the conversation around Baltimore police’s killing of Freddie Gray. If Gaines, who was said to have suffered brain damage from childhood lead poisoning, displayed imprudent behavior in interactions with police as an adult, should this history of poisoning not color how we assess her behavior? And how, a decade or more from now, might we view erratic behavior on the part of young people who grew up in Flint, Michigan if it results in police-inflicted deaths?

Korryn Gaines’ interactions with police were shaped by the realities of over-policing and police harassment and the resultant mistrust of police in urban black communities. This was certainly a widely recognized factor in the killing of Eric Garner, whose death at the hands of familiar police officers has been rightly linked to the broken windows theory of policing in New York City. With the death of Freddie Gray, Baltimore has emerged on the national stage as another site that vividly illustrates the problem of over-policing—along with the abuses that can seem inevitable when police make their presence felt in urban black and brown communities. A recent report by No Boundaries Coalition of Central West Baltimore characterizes the neighborhoods of West Baltimore as “Over-Policed Yet Underserved” and presents the stories of residents for whom the abundance, visibility, and power of police in their communities represents not protection but physical and psychological danger. Korryn Gaines, who spent part of her childhood in the same West Baltimore neighborhood where Freddie Gray was last seen alive, was shaped by this environment of fear and mistrust. When Gaines is seen, in her car or in her home, loudly asserting her rights in the face of police officers, we must recognize this as arising from the same cycle of abuse-mistrust-abuse that we recognize in the interactions preceding the killing of Eric Garner.

It is true that police arrived at Korryn Gaines’ home on the morning of Monday, August 1 to serve her with warrants for failure to appear in court on traffic and other misdemeanor charges, and that Ms. Gaines may have met them with her own legally obtained gun, which she had previously displayed on social media. We can all recognize, fresh after the death of Philando Castile, that police will take the mere mention of a gun as an excuse to shoot a black person. In this context, it was arguably very unwise for Ms. Gaines to produce her own weapon in the face of officers invading her home; we have seen repeatedly that black people who are known to bear or are suspected of bearing arms can be executed by the state for exercising that right.

However, whatever our response to the decisions she made that Monday morning, one thing is as clear from Korryn Gaines’ life as it is in her death: This black woman could not find safety anywhere. She was harassed by police while driving on the streets of Baltimore. And in her own home, her small children watched as she experienced abuse at the hands of her daughter’s father, 39-year-old Kareem Courtney, who police reports indicate stalked, choked, and slapped Gaines, and possibly struck her with a chair in an incident one month prior to her death. Courtney was also being served with a warrant, for this assault, on the day that Gaines was killed.

How upsetting must this battering have been that Ms. Gaines cooperated with police long enough for them to gather the information necessary to gain a warrant for Mr. Courtney? Her only recourse in a moment of fear or desperation was to interact with a police force that she recognized as being ever poised to take away her rights.

So if I could return to the students I referenced above and give them a more articulate response, I would tell them that if Ms. Gaines’ interactions with police on the morning of August 1 and prior seem illogical, we who believe in freedom should be willing to live with that, and to continue to lift up her name. The situation of being a black woman in America—the situation of being able to find protection neither from one’s intimate partner nor from the state—is one that defies logic. (See, for instance, slain sister Joyce Quaweay, killed at the end of July by an ex-cop boyfriend and current-cop roommate.) If we require black women victims to be logical, sympathetic, or well-behaved, we will miss opportunities to champion the complicated black women who are every day caught in the cross-hairs of state violence.

Lindsey E. Jones is a PhD Candidate in History of Education at the University of Virginia and a pre-doctoral fellow at UVA’s Carter G. Woodson Institute for African-American and African Studies. Follow her @noumenal_woman.

Comments on “Whose Black Lives Matter? Musings in Defense of Korryn Gaines”