This post is part of our blog series that announces the publication of selected new books in African American History and African Diaspora Studies. W.E.B. Du Bois: A Life in American History was published in September by ABC-CLIO. 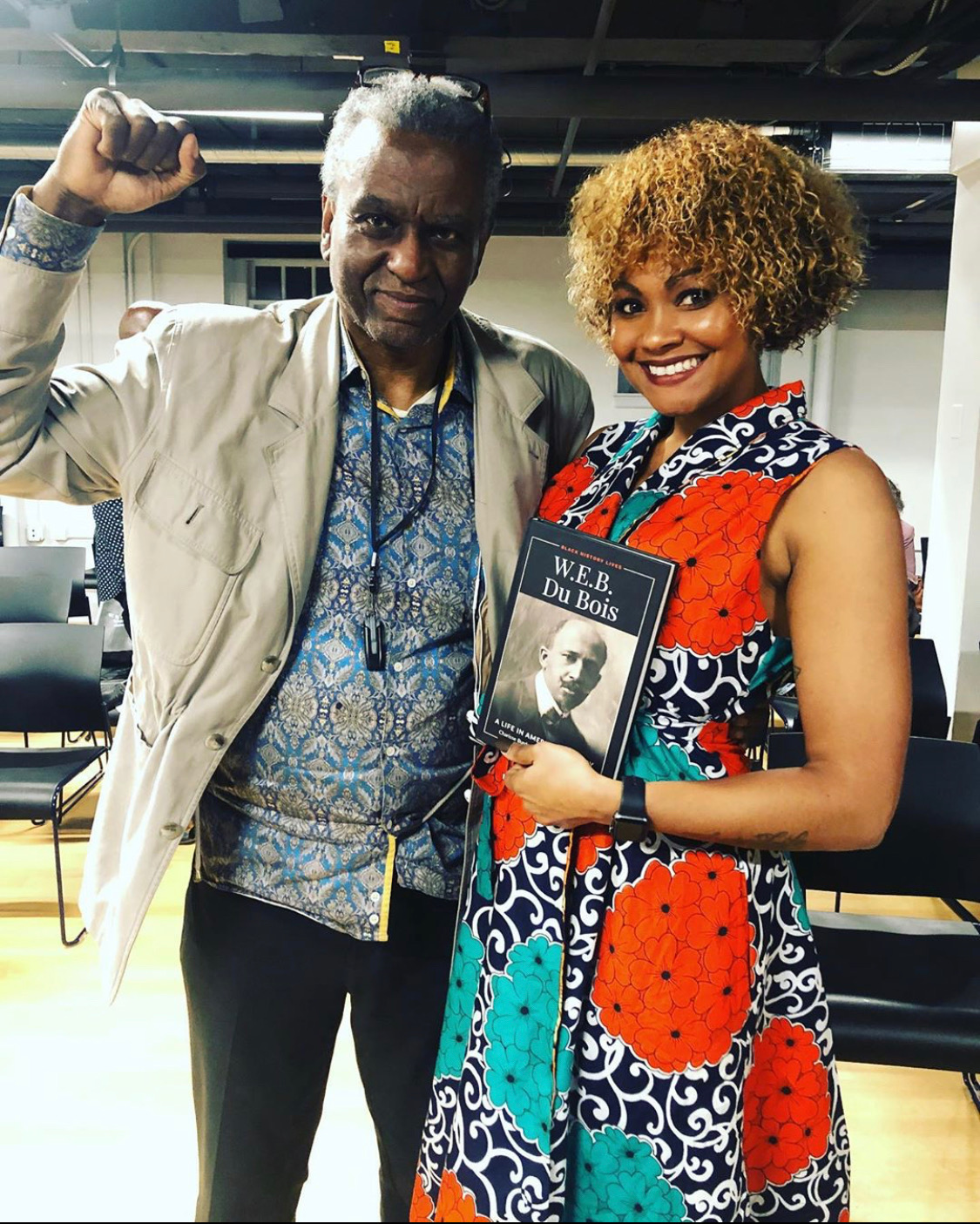 Authors of W.E.B. Du Bois: A Life in American History Charisse Burden-Stelly and Gerald Horne. Burden-Stelly is an Assistant Professor of Africana Studies and Political Science at Carleton College. She is a scholar of political theory, political economy, and intellectual history. She is currently working on a single-authored manuscript, The Radical Horizon of Black Betrayal: Anticommunism and Racial Capitalism, 1917-1954. Her published work appears in journals including Souls, Du Bois Review, Socialism & Democracy, International Journal of Africana Studies, and the CLR James Journal. She is the guest editor of the forthcoming “Claudia Jones: Foremother of World Revolution” special issue of The Journal of Intersectionality. In 2017, Dr. Burden-Stelly received the National Conference of Black Political Scientists’ Alex Willingham Best Political Theory Paper Award. In 2018, she became a regular contributor to this platform, Black Perspectives.

Gerald Horne holds the John J. and Rebecca Moores Chair of History and African American Studies at the University of Houston. Horne received his PhD in history from Columbia University and his J.D. from the University of California, Berkeley and his B.A. from Princeton University. His research has addressed issues of racism in a variety of relations involving labor, politics, civil rights, international relations and war. One of the nation’s most prolific and influential historians, Horne is the author of more than thirty books. 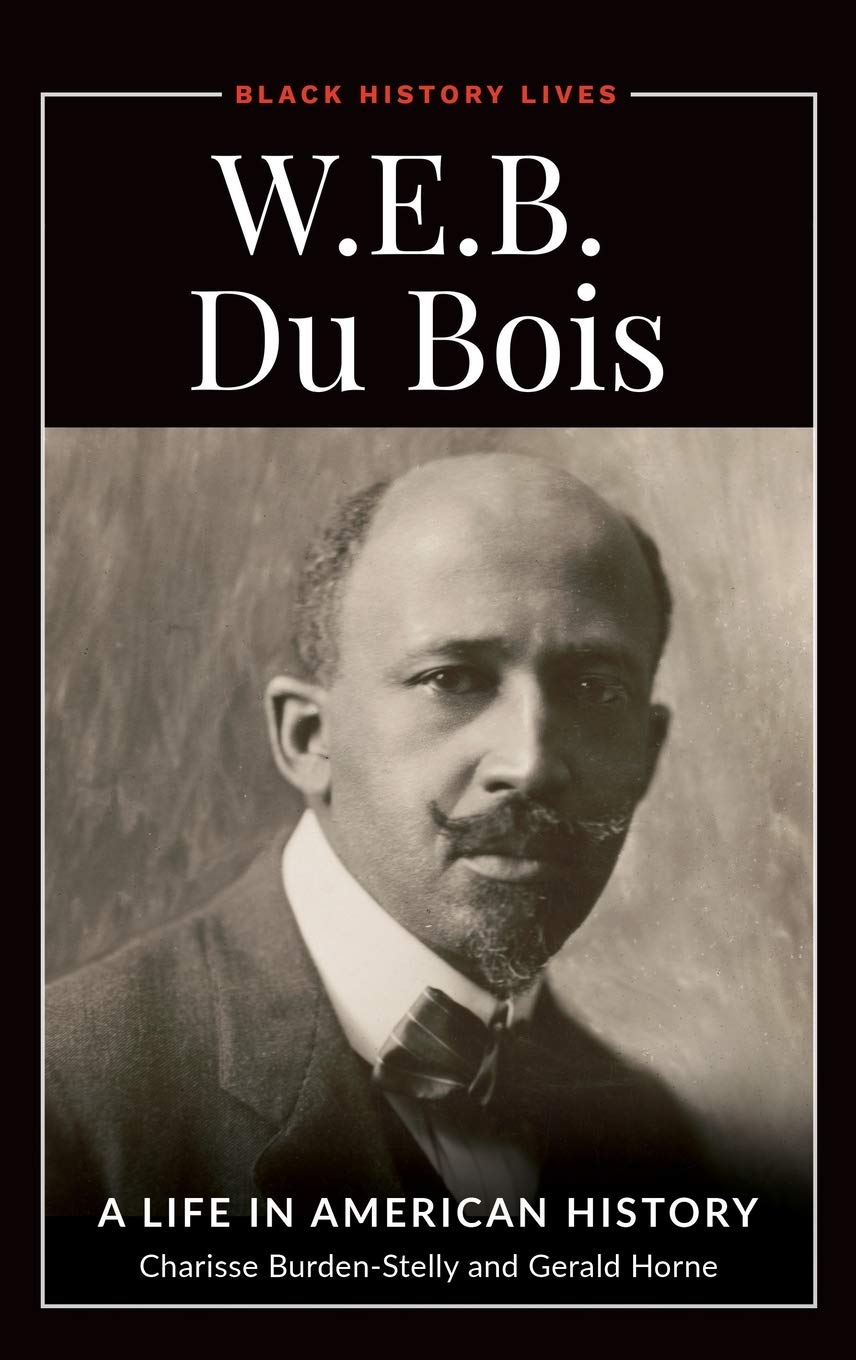 This revealing biography captures the full life of W.E.B. Du Bois—historian, sociologist, author, editor, and a leader in the fight to bring African Americans more fully into the American landscape as well as a forceful proponent of their leaving America altogether and returning to Africa. Drawing on extensive research and including new primary documents, sidebars, and analysis, Gerald Horne and Charisse Burden-Stelly offer a portrait of this remarkable man, paying special attention to the often-overlooked radical decades at the end of Du Bois’s life.

AAIHS Editors: What type of impact do you hope your work has on the existing literature on Du Bois? Where do you think the field of Du Bois is headed and why?

In W.E.B. Du Bois: A Life in American History, Dr. Gerald Horne and I center Du Bois’s situated radicalism in different eras of his life, highlighting his perennial refusal to bifurcate the ideal and the material, to divide race and class, and to separate national insurgency from international struggle.

Du Bois’s counterhegemonic positioning manifested in, for example, his insistence in 1887 that Fisk students raise funds for their own gymnasium, thus contesting the domination of white Northern philanthropy; his rejection of biologized ethnological discourse in “The Conservation of the Races” at the end of the nineteenth century; his careful examination of sharecropping and debt peonage alongside veneration of Black life and culture in The Souls of Black Folk; his short-lived membership in the Socialist Party from 1910 to 1912; his advocacy of a separate Black cooperative economy in the mid-1930s; his international peace activism after World War II; his ultimate membership in the Communist Party of the United States of America in 1961; and his lifelong commitment to Pan-Africanism.

We also sought to make our monograph an exemplary teaching text by, for example, including “sidebars” that explain key events in U.S. and Africa diasporic history, such as Emancipation Day/Black Independence Day, the U.S. Invasion of Haiti in 1915, the Scottsboro Case, and African American participation in the Spanish Civil War. Moreover, in my single-authored chapter, “Why W.E.B. Du Bois Matters,” I contend that “Du Bois’s praxis is exceptionally relevant to our current moment” because “[d]espite his different ideological approaches, he remained inexorably committed to anti-imperialism and peace.” I continued, “This was due in no small part to his affiliations—whether cordial or contentious—with paragons of letters, criticism, organizing who worked tirelessly for the liberation of Black people in the United States and throughout the African Diaspora. Without this mutual comradeship with numerous historical figures, his countless accomplishments would not have been possible.”

In short, W.E.B. Du Bois: A Life in American History offers an exegesis of Du Bois not as a singular hero in Black history, but rather as a model for how one might imagine and work toward a world beyond white supremacy, imperialism, capitalism, and war.

Comments on “W.E.B. Du Bois: A New Book on The Life of a Radical Scholar”