loading...
By J. T. Roane October 18, 2019 Comments Off on To Fulfill These Rights: A New Book About the Struggle Over Affirmative Action and Open Admissions

This post is part of our blog series that announces the publication of selected new books in African American History and African Diaspora Studies. To Fulfill These Rights: Political Struggle Over Affirmative Action and Open Admissions was recently published by Columbia University Press. 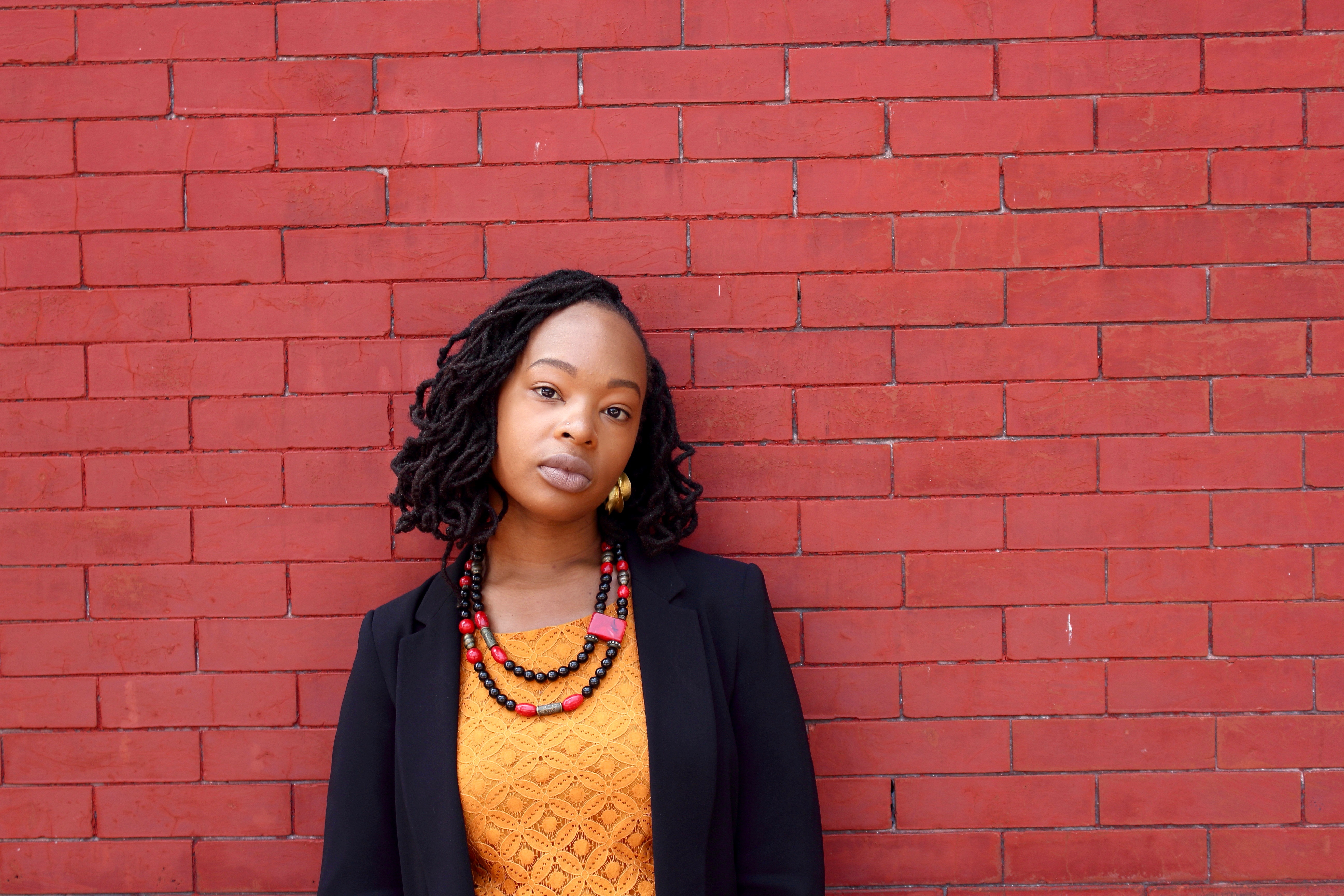 Author of To Fulfill These Rights: Political Struggle Over Affirmative Action and Open Admissions, Amaka Okechukwu is an interdisciplinary scholar engaged in research on social movements, race, community studies, public history, and Black archives. She currently serves as an Assistant Professor of Sociology at George Mason University. She has also worked as an oral historian, archivist, and researcher at Weeksville Heritage Center and Brooklyn Historical Society. Follow her on Twitter @PhdAmaka. 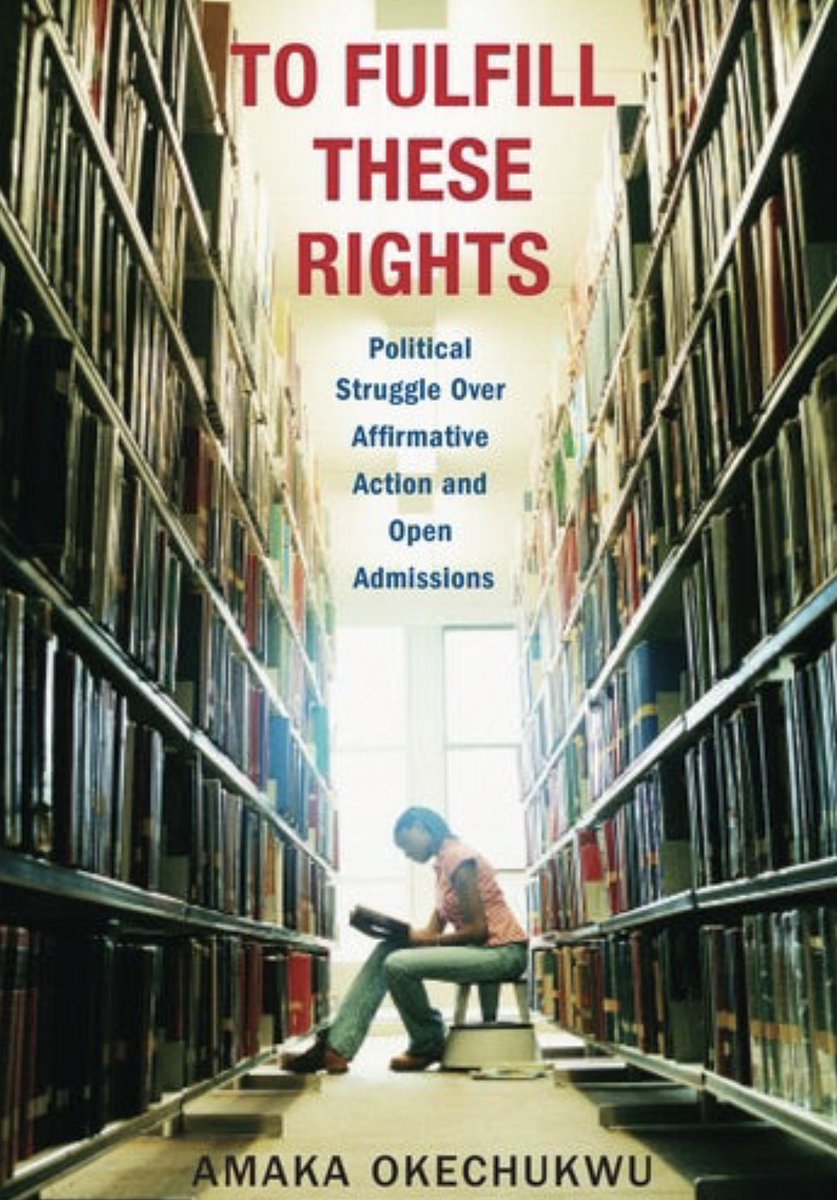 In 2014 and 2015, students at dozens of colleges and universities held protests demanding increased representation of Black and Latino students and calling for a campus climate that was less hostile to students of color. Their activism recalled an earlier era: in the 1960s and 1970s, widespread campus protest by Black and Latino students contributed to the development of affirmative action and open admissions policies. Yet in the decades since, affirmative action has become a magnet for conservative backlash and in many cases has been completely dismantled.

In To Fulfill These Rights, Amaka Okechukwu offers a historically informed sociological account of the struggles over affirmative action and open admissions in higher education. Through case studies of policy retrenchment at public universities, she documents the protracted — but not always successful — rollback of inclusive policies in the context of shifting race and class politics. Okechukwu explores how conservative political actors, liberal administrators and legislators, and radical students have defined, challenged, and transformed the racial logics of colorblindness and diversity through political struggle. She highlights the voices and actions of the students fighting policy shifts in on-the-ground accounts of mobilization and activism, alongside incisive scrutiny of conservative tactics and messaging. To Fulfill These Rights provides a new analysis of the politics of higher education, centering the changing understandings and practices of race and class in the United States. It is timely and important reading at a moment when a right-wing Department of Justice and Supreme Court threaten the end of affirmative action.

In this timely book, Amaka Okechukwu provides a provocative and engaging account of racialized conflict over affirmative action and open admissions. Highlighting the radical activism of Black and Puerto Rican students as well as opposition to racial justice from liberals and conservatives alike, Okechukwu unveils how the rhetorics of diversity and colorblindness in higher education reproduce white supremacy. This is mandatory reading for anyone interested in understanding and dismantling systemic racism in the twenty-first century. — Crystal Marie Fleming, author of How to Be Less Stupid About Race: On Racism, White Supremacy, and the Racial Divide

J.T. Roane:  What type of impact do you hope your work has on the existing literature on student activism? Where do you think the field is headed and why?

Amaka Okechukwu: To Fulfill These Rights: Political Struggle over Affirmative Action and Open Admissions (Columbia University Press, 2019) contributes to literature on racial politics and social movements through a critical examination of mobilization over the adoption and retrenchment of race- and class-inclusive admissions. It is the first book to employ an in-depth study of mobilization over affirmative action and open admissions policies and is the first to thoroughly explore the retrenchment of affirmative action across multiple cases. Through political struggle, conservative political actors, liberal administrators, legislators, and radical students define, challenge, and transform racial practice and ideas, upholding and confronting racial hegemony in post–civil rights America.

In regard to literature on student activism, I hope that my work contributes an understanding of the role of student mobilization on both the adoption and rollback of affirmative action and open admissions. I highlight how students pushed their universities (specifically University of Texas at Austin; University of California, Berkeley; University of Michigan; and City College of City University of New York system) to expand race- and class-inclusive admissions through protest and other forms of civil disobedience in the 1960s and 1970s, and how students resisted the rollback of these policies in the 1990s. While students were unable to save affirmative action and open admissions, their ability to build connections with social movement networks in their cities may have produced more meaningful long-term impact, and these experiences were certainly transformational over the life-course, as many student activists became life-long activists.

In an article that draws from this project, “Confronting Scale: A Strategy of Solidarity in Urban Social Movements, New York City and Beyond,” which was recently published in City & Community, I explore the organization Student Liberation Action Movement (SLAM!), a women of color-led organization that emerged out of Hunter College in 1996 initially to oppose the rollback of open admissions at CUNY, but which ultimately became a kind of anchor for a cohort of youth of color movement organizations in New York City in the 1990s. The article centers on the spatial dynamics of protest — that is, the ways that activists’ navigation of and relationships to urban space may shape social movement activity. Rather than only concentrating on campus organizing, CUNY student activists employed a strategy of solidarity, engaging in political struggles in the city, in the Northeast region, in the nation, and even on a global scale. By adopting a strategy of solidarity, student activists collapsed the boundaries of the university and transformed it into a hub of Leftist social movement organizing for the city and beyond, redefining scale.

In terms of the direction of the field of social movements, as a sociologist I hope that we draw more scholarly attention to studying and exposing the tactics and strategies of the powerful in order to better understand how oppression reproduces and manifests in new ways, and to better inform our own movements against the many forms of oppression and exploitation that continue to shape the world.