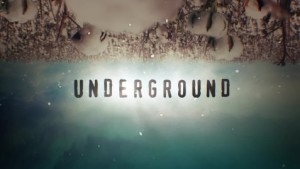 I first heard about WGN America’s Underground back in October, shortly after I started working at the National Civil Rights Museum.  The network hosted an exclusive early viewing of a rough cut of the pilot episode.  I’ll admit before viewing the episode I was quite skeptical.  I wondered if Hollywood could create a compelling drama about slavery that presents slaves as human beings rather than caricatures in need of a white savior. Underground successfully portrays slaves in a sophisticated manner.  The show is an action thriller presenting the complex story of antebellum America with the slaves as three dimensional protagonists.

The show primarily takes place on Macon plantation in Georgia in 1857.  The pilot episode opens with Kanye’s “Black Skinhead” playing in the background while Noah (Aldis Hodge) attempts to elude slave catchers.  Noah is a blacksmith sent on an errand for Macon plantation owner, Tom Macon (Reed Diamond), and has presumably used this errand as an attempt to escape.  Noah is captured, and while waiting to be transported back to Macon plantation he encounters a fellow captured slave who informs him of song lyrics that provide a route to freedom.  Noah returns to Macon plantation with renewed determination to plot his escape and take some of his fellow slaves with him.

Other key characters include: Rosalee (Jurnee Smollet – Bell) a house slave presumed to be the daughter of Tom Macon and an outsider in this plantation society; Ernestine (Amirah Vann) Rosalee’s mother who leads the house servants and has a complex relationship with Tom Macon; Cato (Alano Miller) the plantation’s black slave driver who equally desires his freedom despite his public persona; August Pullman (Christopher Meloni) a clever slave catcher with hidden depths; John Hawkes (Marc Blucas) Tom Macon’s northern brother and a lawyer opposed to slavery.

The strength of the story is that it brings modern historiography to life.  Over the last few years, scholars have engaged in a dialogue about the social, economic, and cultural aspects of antebellum America, especially the years leading up to the Civil War.  Studies on American slavery have enhanced the perception of the slave by affirming their humanity, culture, and ability to maintain a community and family.  In episode two, Ernestine meets Tom in the wine cellar for an illicit encounter.  The purpose of this encounter was to obtain the promise that her youngest son would be taught a trade rather than sent to the fields as the plantation mistress, Suzanna Macon (Andrea Frankle), has requested.  In episode one, Noah has a limp which is assumed to be the result of his capture.  However, Noah has faked this injury as a tactic to be perceived as nonthreatening.

The complexities of antebellum whites’ lives are also explored.  The difference between plantation gentry and landless whites is aptly demonstrated in episode two when Tom Macon apologizes for his overseer’s crudeness, stating that he “spends the majority of his time with niggers.”   The danger of participating in the abolitionist cause is also explored in episode two when Hawkes visits William Still’s office in Philadelphia, which is located in a less than desirable building.  Still’s office is raided and the slave catchers literally stalk the building in pursuit of catching the abolitionist in action.  Christopher Meloni’s character August Pullman is a dubious slave catcher who is more than a villain.  The writers provide a backstory illustrating the lucrative nature of slave catching, and its personal and monetary effects on the slave catchers.

The etiquette of the peculiar institution creates an ongoing tension within the plantation household.  Domestic service is executed with the same level of precision as seen in Downton Abbey, but unlike Downton, the consequences of violating the social order are severe.   In the pilot episode, Rosalee leaves her station on the porch to protect her brother from the overseer’s whip.  By taking the blame for her brother’s behavior, Rosalee receives lashes on her forearms and palms.  Her punishment attracts the attention of her fellow slaves, but nothing more than sympathetic glances are exchanged.

Underground beautifully and compellingly by communicates the complexities of slave life in America.  The show’s subtleties and nuances contradict the popular U.-B.- Phillips-Gone-With-the-Wind imagery of slavery.  Each episode cleverly shatters aspects of the mythos surrounding slavery.  The arguments of scholars like Vincent Harding, Sterling Stuckey, Catherine Clinton, Deborah Gray White, and others are integrated into the drama and inform the three dimensional development of its characters.

As historians, we should support shows like Underground.  Among ourselves we may quibble at portrayals and dispute aspects of the story, but we should publicly support any endeavor that breaks down misinterpretations of slavery.  The current climate in our country makes arguments like “slavery wasn’t that bad” and “slaves were happy” very attractive.  Here at AAIHS, we counter those arguments by demonstrating the significance and contributions of those African American historical actors and examine their multifaceted nature.  The major challenge is distributing the information to the American public. Underground successfully aids in those efforts.

Check out the official trailer here. 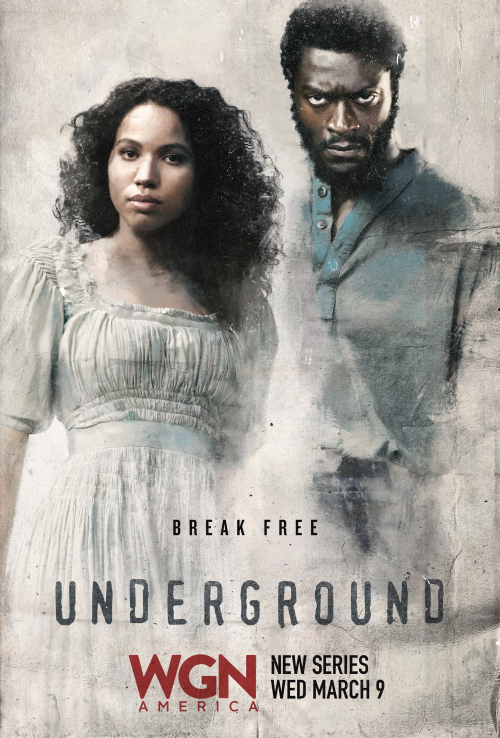 Comments on “Thoughts on Underground”